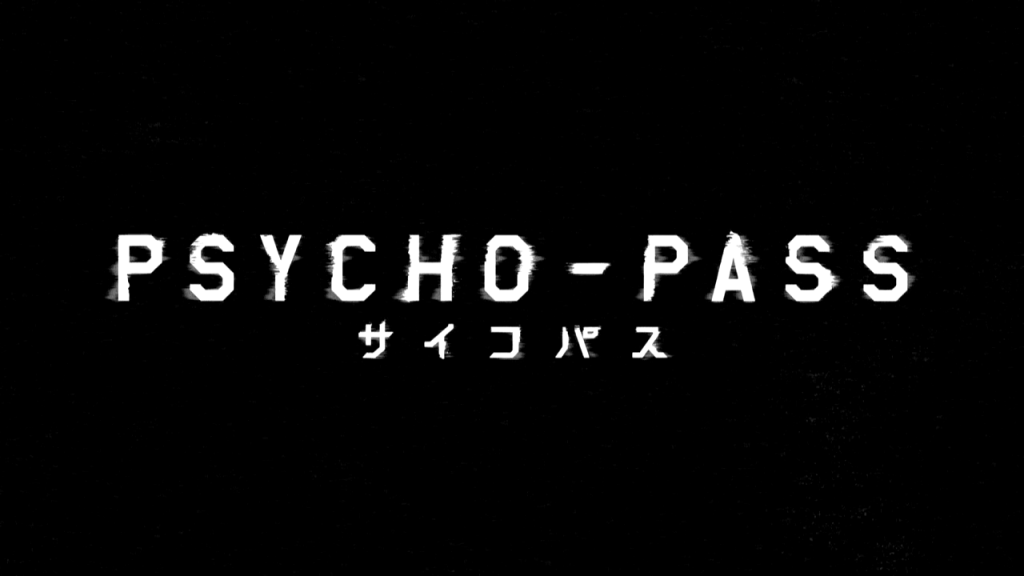 Psycho-Pass is a compelling anime series that premiered in October 2012. It was the creative result of Production I.G. trying to come up with a successor to their beloved Ghost in the Shell franchise. Not only has it entered into its second season (as of October 2014), but there is a movie planned for 2015 as well as a number of spin-off comics and books based in the same universe.

The show is centered around the Criminal Investigation Department of the Ministry of Welfare Public Safety Bureau, referred to as the MWPSB for the sake of brevity. The titular Psycho-Pass is the score that is generated given an individual’s mental state, personality, and the probability of their committing a crime. This score is monitored by the Sibyl System: an omnipresent surveillance network. Each unit of the MWPSB is made up of Investigators (i.e. mentally-stable detectives) and Enforcers (i.e. individuals who’ve opted to cooperate with the MWPSB instead of being detained or rehabilitated on account of their alarmingly-high Psycho-Pass ratings). 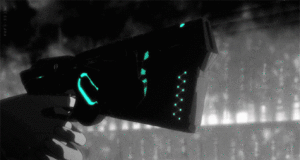 A fundamental prop that proliferates the world of Psycho-Pass, servicing also the narrative, is the iconic weapon carried by both the Investigators and the Enforcers: the Dominator. Dominators are guns that—when hooked into the Sybil System—can read an individual’s Psycho-Pass and determine if they are a threat. When a suspect’s Psycho-Pass reads high enough, the Dominator’s “Non-Lethal Paralyzer” becomes available with which an Enforcer or a Investigator can incapacitate a suspect. As the Psycho-Pass creeps higher, two other modes can become available: the “Lethal Eliminator”, which will kill criminals with a score over 300; and the “Destroy Decomposer”, which can eliminate hard targets like drones (omnipresent in the world of Psycho-Pass). With their Dominators locked and loaded, MWPSB units function a lot like Philip K. Dick’s precogs in The Minority Report, only they do a lot more shooting.

The stories underpinning season one and two deal with people who’ve deviated from the system in some way and made the Sybil System ineffective so far as it concerns them and their conduct. The question of whether a surveillance state can be simultaneously omnipresent and effective is thoughtfully raised over the course of these stories. Whatever answers or cognitive dissonance we might derive from watching Psycho-Pass will likely have implications for our own reality, where similar trends are emerging.

Below is a trailer for season one.

Interestingly, there are two references to William Gibson in the first season. In episode 3, there there is a memory disk used by a murderer that says Johnny Mnemonic on it. This is a reference to Gibson’s short story published in 1981 by Omni Magazine, which inspired a 1995 movie of the same name staring Keanu Reeves. Later, in episode 15, Gibson’s name comes up again in a philosophical conversation between two of the characters. 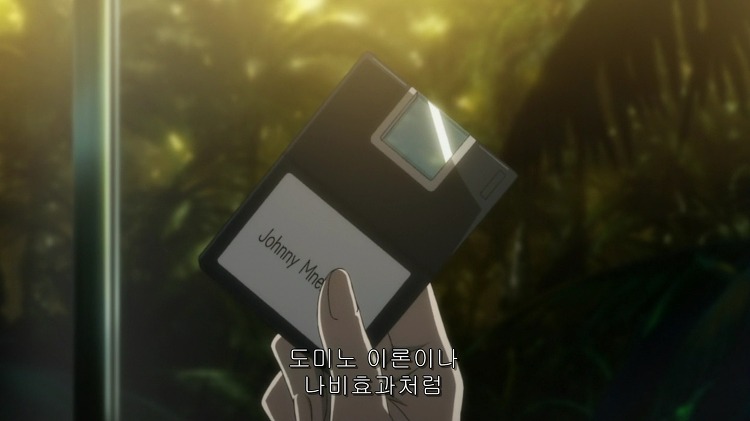 It is nice to see a new anime series re-investigate core-cyberpunk themes while also connecting to older material and exploring topical philosophical questions. Although the show has a couple of comedic moments, the majority of the time the tone is somber, so as not to trivialize or detract from Psycho-Pass‘ serious subject matter.

It will be interesting to see where this franchise goes from here. Hopefully the film and the subsequent adaptations will advance the best of the show.

Written by Isaac L. Wheeler (Veritas)
Veritas is a cyberpunk and writer who enjoys all aspects of the cyberpunk genre and subculture. He also journeys deeply into the recesses of the dissonance exploring his nihilistic existence. If you'd like to contact Isaac L. Wheeler (Veritas), the founder and editor-in-chief of Neon Dystopia, you can do so here: ilwheeler.founder@neondystopia.com
Previous ArticleVektor: “The Courier” (iOS)Next ArticleWhat’s the time, Mr. Anderson?: The Division Furtive
You May Also Like