If you ask a cyberpunk fan “What kind of food is cyberpunk?” they will probably tell you Ramen, Instant Ramen, or simply noodles. There are a number of reasons for this, including that noodles have appeared throughout cyberpunk media since it’s inception. In this context, we should reframe the question. Why are noodles so often associated with cyberpunk? It has nothing to do with noodles at all. 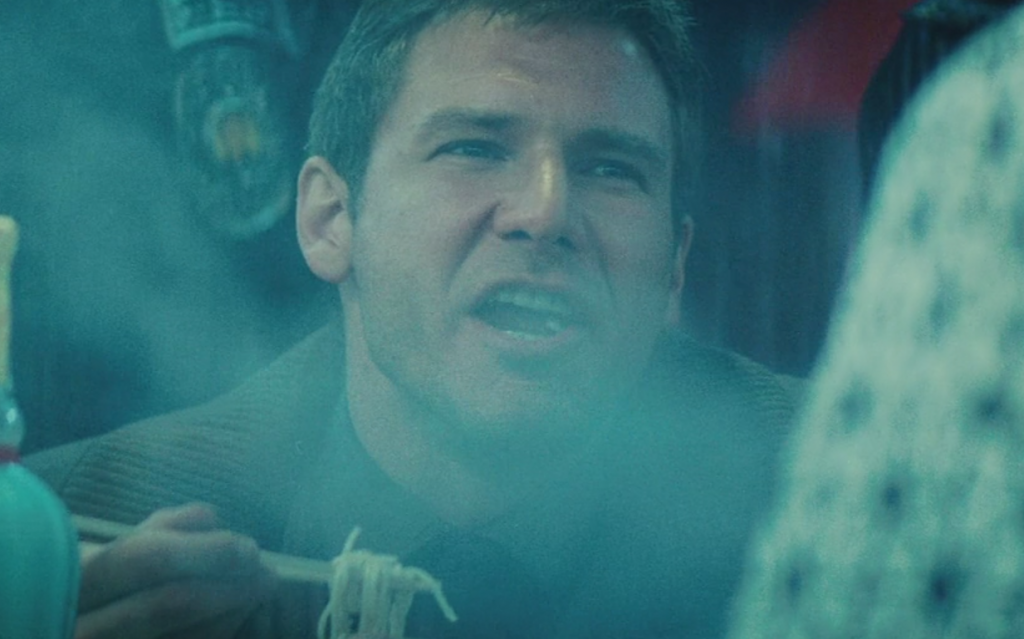 The most famous and iconic appearance of ramen/noodles in cyberpunk media is in the opening sequence to Blade Runner, where Richard Deckard finds himself at a noodle shop and is interrupted during his meal. What is being represented in this scene is a sort of ingrained multiculturalism, which William Gibson also tapped into in Neuromancer and the rest of the Sprawl Trilogy. A common theme in cyberpunk, in general, is the theme of globalism creating more diverse cultures, bringing disparate cultures together in a kind of melting pot, and making the world, in general, a much smaller place. This often manifests in the form of Japanese or Asian culture influencing the US, but Paolo Bacigalupi’s The Windup Girl explores multicultural ideas against the backdrop of Thailand. This multiculturalism affects food from all culture; think of British Curry or any Mexican, Chinese, Thai, or Ethiopian restaurant in a US city. Games like System Shock 2 and the VR game Technolust, alongside movies and shows like The Fifth Element, Almost Human, and Cowboy Bebop have all featured noodles in this multicultural context. In extreme corporate fashion, the anime Freedom, also known as the Freedom Project, was created specifically as an advertising campaign to sell Nissan’s Cup Noodle. The fact that noodles have been used to represent this multicultural exchange of food and ideas is incidental to the concept, however. It would have been equally effective should they have chosen an equally recognizable cuisine from another culture.

“The boy’s black hair was long and glossy and smoothly brushed, but Chia saw there was a bit of noodle caught in it, the thin, kinky kind that came in instant ramen bowls.” – from William Gibson’s Idoru.

Another important element to Blade Runner’s iconic scene is that it is an open air restaurant; it is street food. This is important for two reasons. First, ethnic street food that you encounter is more likely to be authentic to the country of origin than a brick and mortar restaurant that is subject to the whims of the lowest common denominator. Second, street food is generally more affordable because it is aimed primarily at the working class, rather the middle class or higher. The punk in cyberpunk, after all, is referring to low life existence and in this world, low life translates to criminal, homeless, or working class. 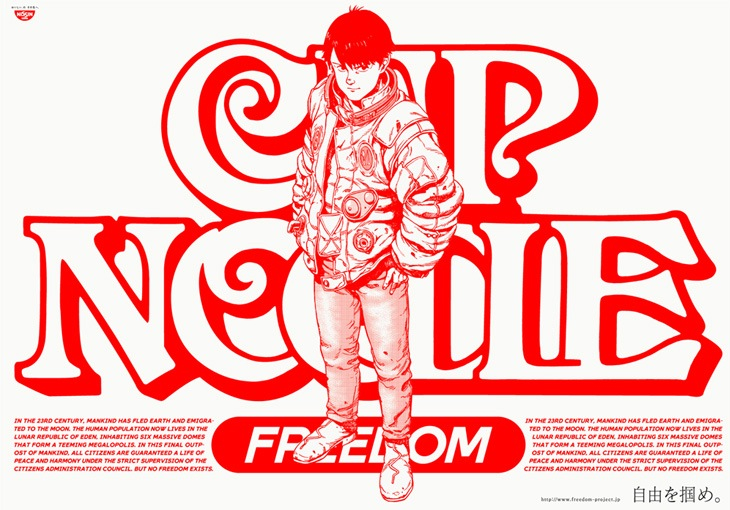 Perhaps an additional reason that Ramen is considered cyberpunk is because of the prevalence of Instant Ramen/Noodles. This food is seen as the quintessential bachelor/cheap and easy food choice. It appeals to your hacker types who would rather get take out or instant food and focus on their work, rather than getting burdened with cooking a meal at home or eating a meal away from home. Perhaps hacker types affinity for pizza, ramen, and soda/energy drinks emerge from a prevailing disdain for the shitty meatbags we all occupy while AFK, as well as ease of access. But again, it isn’t the noodles themselves which are inherently punk, it is the processed food technology that has allowed for instantly preparable food or fast food to exist in a corporate dominated world that is punk. And it is the fact that this kind of food is cheap and affordable that makes it punk.

“I stood wrapped in it for a moment, remembering that time. A ramen bar Sarah and I had skulked in while the heat from the Gemini Biosys gig died down…” from Richard K. Morgan’s Altered Carbon.

Is Ramen cyberpunk? Yes, it is. But only in the broader context of a multicultural exchange in which ethnic food is symbolic and in the sense of supporting the hacker/DIY lifestyle that is demanding of time. The origin of the use of noodles in cyberpunk heralds back to its inclusion in Blade Runner to depict a multicultural future. Whether you get your noodles from a street cart, dingy restaurant, or from your microwave it is likely because they were easy and allowed for you to continue your work unhindered. All ethnic food, especially that which is acquired at a street cart, is cyberpunk. All food that allows for your hacker dreams to continue is cyberpunk. Ramen encapsulates all of this. 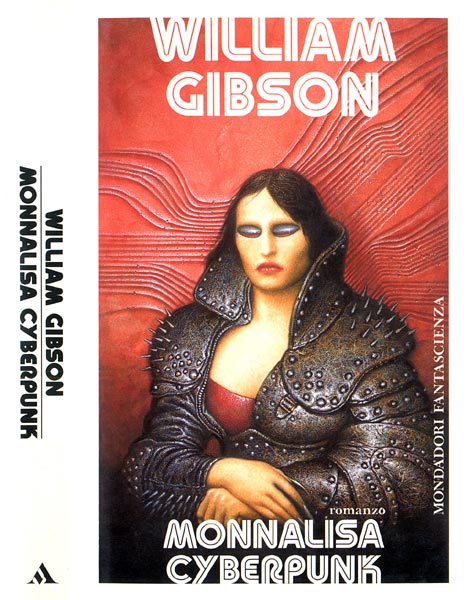 “You seem lost,” the noodle seller said, in Japanese. Kumiko guessed that he was Korean. Her father had associates who were Korean; they were in the construction business, her mother had said.

They tended, like this one, to be large men, very nearly as large as Petal, with broad, serious faces. “You look very cold.”

“I’m looking for someone,” she said. “He lives in Margate Road.”

“Come inside,” the noodle man said, gesturing Kumiko around the end of his counter. His stall was made of pink corrugated plastic.

She stepped between the noodle stall and another that advertised something called roti, this word worked in deliriously colored spraybomb capitals trimmed with looping, luminous blobs. That stall smelled of spices and stewing meat. Her feet were very cold.

She ducked beneath a clouded sheet of plastic. The noodle stall was crowded: squat blue tanks of butane, the three cooking grids with their tall pots, plastic sacks of noodles, stacks of foam bowls, and the shifting bulk of the big Korean as he tended his pots. “Sit,” he said; she sat on a yellow plastic canister of MSG, her head below the level of the counter. “You’re Japanese?”

This is the third entry in the series, What Makes Food Cyberpunk? The first entry, The Cola Wars, can be found here. The second entry, Soylent, Everything the Body Needs, can be found here. Special thanks to the Facebook groups Cyberpunk, Cyberpunk Science Fiction and Culture, and Chatsubo Bar and Grill for help with this piece.

Written by Isaac L. Wheeler (Veritas)
Veritas is a cyberpunk and writer who enjoys all aspects of the cyberpunk genre and subculture. He also journeys deeply into the recesses of the dissonance exploring his nihilistic existence. If you'd like to contact Isaac L. Wheeler (Veritas), the founder and editor-in-chief of Neon Dystopia, you can do so here: ilwheeler.founder@neondystopia.com
Previous ArticleRISE: The Robot Insurgency Is HereNext ArticleThe Technomancers will Rise
You May Also Like