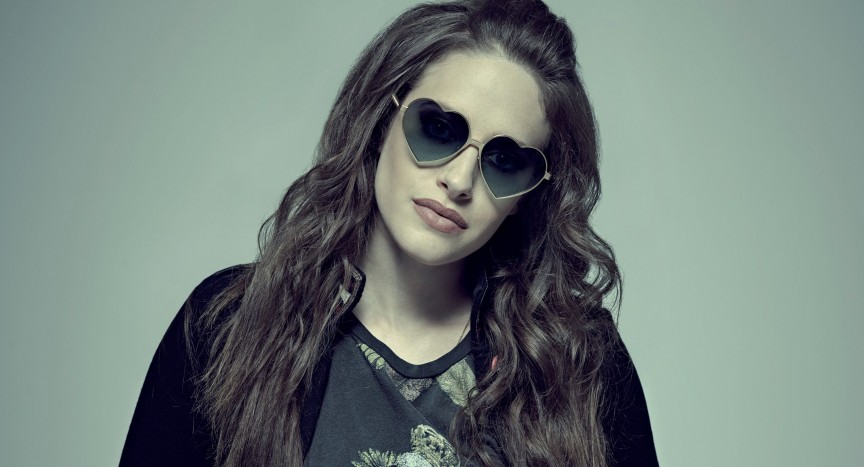 Cyberpunk has given creatives a medium to explore and discuss the possibilities of the future, the dangers and prospects of technological advancement, corporate corruption and much more. But like many genres, Cyberpunk media struggles to fully represent humanity within its stories. Since the genre’s conception, the majority of leads in Cyberpunk stories are middle-aged white, heterosexual men. Alongside this, the cast of characters in Cyberpunk are predominantly white. Women are often relegated to being prostitutes, secondary characters with masculine traits (e.g. Kristin Ortega from Altered Carbon) or submissive AIs (e.g Eliza Cassan from Deus Ex) that serve male authoritative figures. Furthermore, there are very few Cyberpunk stories that revolve around our current time, with most narratives occurring in the future and influenced visually by the 80s aesthetic.

If cyberpunk was formed as a response to the growth of corporate power, inequality and the potential dangers of technological advancement, why is the genre still lacking a wider representation of humanity and society, the very thing the genre is meant to explore? In 2015, Sam Esmail would offer a solution to this problem, with his critically acclaimed television series, Mr. Robot.

Not only is the show’s lead character, Elliot Alderson (Rami Malek), played by an Egyptian-American actor, but he also deals with mental health, something rarely explored within the genre. Cyberpunk is well known to have been influenced by classic film noir, a genre that heavily influenced Blade Runner (dir. Ridley Scott), one of Cyberpunk’s most influential films. Therefore it is no surprise that some Cyberpunk characters are reminiscent of the hard-boiled detectives. Hard-boiled detectives often lived in impoverished areas and had to balance surviving each day and upholding law and justice. Sounds familiar, right?

While Elliot Alderson may share some similarities to the hard-boiled detective, his battle with mental health makes him stand apart from other characters in Cyberpunk. Oftentimes, characters drown their pain with smoking and alcohol so much, that the genre might as well be an alcohol and cigarette commercial! However, this isn’t treated or perceived as a coping mechanism, the narrative never takes the time to address the characters’ pain or tragedy but glosses over it. Therefore, as the audience we view their constant smoking and drinking as a normality rather than an issue, which is why it is deemed as a ‘cool’ attribute for their characters to have.

In Mr Robot, however, Elliot’s addiction to drugs and his battle with depression and dissociative identity disorder is weaved into the narrative. He often visits his therapist, relies on drugs whenever his depression gets worse and frequently interacts with his other personalities, who protect and help him cope throughout his day. It is this constant reminder of Elliot’s battle with his mental health that allows the audience to form a deeper connection to him, as we relate to his struggle, a feeling that can’t be replicated with most Cyberpunk characters.

Nowpunk, a subgenre of Cyberpunk, is also something that has allowed recent Cyberpunk fans to have a deeper connection to the genre. The term was coined by Bruce Sterling and applies to contemporary fiction that is set during the 1990s to the present. Sterling’s novel, The Zenith Angle, which follows a hacker whose life is affected by the 9/11 attacks, is proof of the shift that Cyberpunk is making to a modern setting. Mr Robot, one of the most notable products of this subgenre, shows that Cyberpunk can be used as a medium to discuss current issues like social media, cybersafety, distrust in the government and mental health.

But it is not just the topics that are discussed in Mr Robot that are influenced by modern events, the acclaimed show is even set in modern New York City and the fashion is rather simple compared to the extravagant, stylish clothing that is associated with the genre. However, I would exclude Whiterose from this because if there is one thing that she would not dare to do, it is to wear simple clothing!

The diversity of the cast is also something that Mr Robot exceeds at. By having many queer, POC and leading female characters, the show gives us an opportunity to see different perspectives into the corrupted world of Mr Robot, and how it has affected them. However, after much research, I learned that the queer characters and relationships in the show fall into the harmful tropes that have plagued our screens for years. Almost all of the queer characters were murdered (e.g. Gideon, Shayla, Tyrell). Tyrell’s attraction and affection towards Elliot wasn’t fully explored or addressed, thus making their relationship fall into a long list of romances hidden in subtext. Furthermore, not one queer relationship ends up together by the finale season.

This pattern shows that while it may be great to have many queer characters and relationships in your stories, it means nothing if they are treated with the same lack of respect that has allowed the negative representation of queer characters to continue over the years. This also applies to the POC representation in the show. As a black woman, seeing that most of the black characters in the show were gangsters and criminals (e.g. Leon, Peanuts) frustrated me, as it fed into the harmful stereotypes that black people face on a regular basis. I want to see more black characters in authoritative roles like Morpheus (Laurence Fishburne) and Quellcrist Falconer (Renee Elise Goldsberry), but these days that seems to be very unlikely.

So what can cyberpunk learn from Mr Robot? I think the show, though imperfect, has shown that modern cyberpunk stories can thrive and depict how cyberpunk is more relatable now than it has ever been. The genre has always been dominated by stories with white male, heterosexual leads but the future that cyberpunk warns us about doesn’t just affect a specific  group of people, it affects everyone.

In recent years creatives have realised this, which is why we’ve begun to see an increase of different leads in Cyberpunk. Whether this be in video games like the recent action RPG, Cyberpunk 2077, which gave players the choice to customize their character how they want by having an extensive amount of options in character creation. Or in television shows like Westworld in which two of the main leads are a black female AI(Maeve Millay, Thandie Newton) and a white female AI(Dolores Abernathy, Evan Rachel Wood).

Cyberpunk is slowly beginning to embrace putting stories about sexuality at the forefront of their narratives. Sexuality has always been explored in the genre but always from the perspective of a heterosexual male. When it has been otherwise, it always involves secondary characters who either get killed off (Tyrell Wellick, Mr Robot) or have minor roles/impact to the overall plot (Trepp, Altered Carbon). It is time that queer creatives are given the opportunity to tell their stories within the genre because so far, queer representation in Cyberpunk hasn’t been all that good.

Good representation is important if Cyberpunk is going to not only stay relevant but be applicable to this current generation. New fans to the genre need to see that the future that Cyberpunk warns them about affects everyone and that there are heroes like them, who can help bring down the corrupt corporations that still exist in our world.

I believe that Nowpunk is the future of the genre and I hope that we get to see more stories set in our current time and featuring a wider amount of representation. To quote one of my favourite lines from Mr Robot: “Exciting time in the world right now. Exciting time.” And the truth is, even with everything that happened in 2020, we stand on the precipice of change. Whether that is teetering towards good or bad, who knows? But the future holds infinite possibilities, we just have to wait to see what ours is.

Looking for alternative clothing, but sick of giving your money to the Man? You’re in luck: from the occult to the retro 80’s, Snarkeez supplies the finest in counter culture attire! With a range of killer clothing for those brave enough to stand out, Snarkeez will have you covered for any occasion. Whether it’s hitting the streets, the beach, or the classroom, you’ll be sure to make an impression. The best part: you’ll be helping independent clothing designers at a price that won’t break the bank. So take a peek at Snarkeez!