Nothing evokes more cyberpunk imagery than the image of a lone figure perched like Batman on a gargoyle, surveying the internet as packets move around beneath him, watching the sea of neon light.  It’s straight out of Willam Gibson’s Neuromancer:

“Program a map to display frequency of data exchange, every thousand megabytes a single pixel on a very large screen.  Manhattan and Atlanta burn solid white.  Then they start to pulse, the rate of traffic threatening to overload your simulation.  Your map is about to go nova.  Cool it down.  Up your scale.  Each pixel a million megabytes.  At a hundred million mega- bytes per second, you begin to make out certain blocks in midtown Manhattan, outlines of hundred-year-old industrial parks ringing the old core of Atlanta…”

But what, after all, does the internet look like?  You can find images ranging from the silly- such as XKCD’s map of online communities which humorously shows websites as islands and countries- to the more abstract – various maps with floating spheres representing website traffic.  Below are a few of the most interesting visual representations of the internet.

First, we have a static map.  This map shows the connections between various major parts of the internet’s backbone, rather like the skeleton- or perhaps it resembles even more closely the nervous system, with links between servers running like colored neurons.  The coloring corresponds to physical location, although only somewhat generally.  If you like the map, you can find it in 9000px x 9000px glory on opte.org. 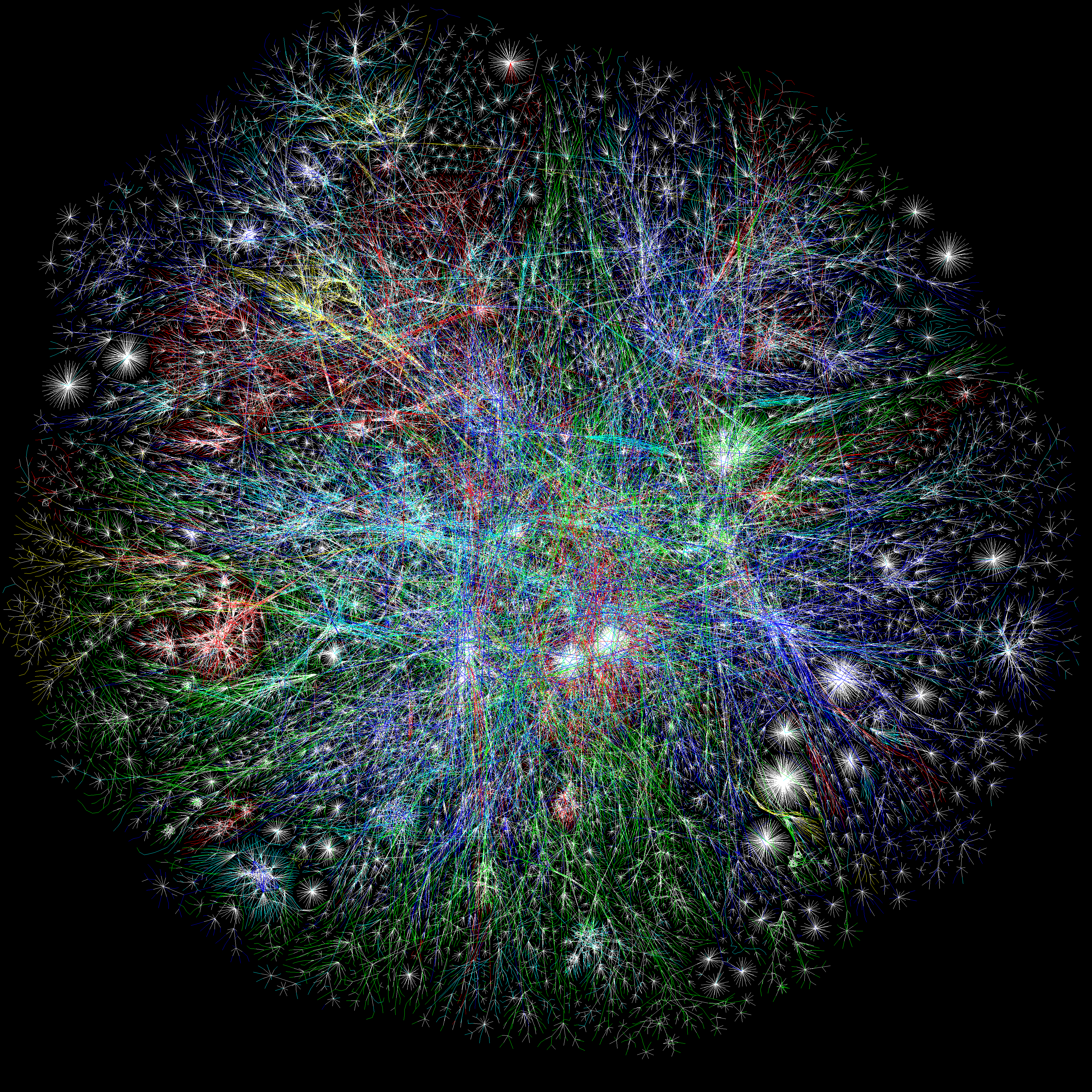 Next up is map.ipviking.com.  This map shows ongoing cyber attacks in real-time.  It’s a bit less of a deterministic map, and of course you’re relying on a third party to detect the attacks but it’s very cool to see real traffic moving across the internet and view attacks as they happen.

The Pulse of the Internet

However, the coolest graphical representation of the internet goes to an anonymous hacker and researcher who scanned the entire internet via a botnet in 2012.  The researcher logged into any open embedded devices found during the scan and used them to help map out the internet.  The result is a time dependent map, like a pulse, that shows how and where internet usage fluctuates during the day.  Further information about this project can be found on the page where the study was published (http://internetcensus2012.bitbucket.org/paper.html).

Got a favorite map or visual representation of the internet?  Let me know in a comment.