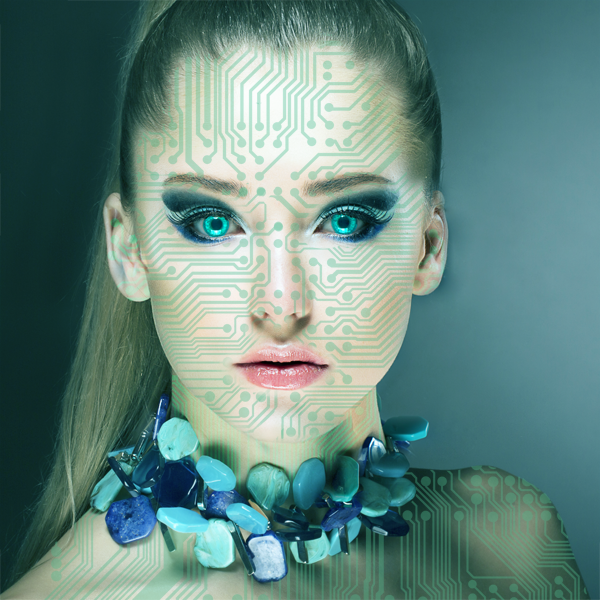 Founded by the Portuguese entrepreneur Henrique Jorge, ETER9 is a social network that allows you to create your digital Counterpart by collecting and analyzing your online behavior, so you can choose if and how will you become digitally immortal

How would you like to be reminded in the future? More than a memory or a photography, writings and posts you published online, would you choose to have a virtual copy of yourself generating contents after you pass away? ETER9, a social network created by the Portuguese entrepreneur Henrique Jorge, gives you a chance to teach an AI how to be your Counterpart in a very simple way: social media. The things you share, the comments you leave, the replies you write for your connections, it’s all information to be gathered and learned by a program that will start emulating you right now.

Even though we have plenty of options for social networks nowadays, each one has their own technical specifications which define how we use them. While Twitter has a character limit, Facebook offers a bigger range of sharing formats, but it is not as customizable as Tumblr or not entirely imagetic as Instagram. All these features end up shaping the way people behave and what they choose to share or to consume from these platforms. In 2010, Ars Technica published a report about their insights into the behaviors of social media users, which revealed that:

In other words, the things you post on LinkedIn are probably not the same you share on Tumblr or Instagram, so that you create different personas in each social media account. Ideally, your digital self could become more complex if you could gather data from all over your accounts, but this is probably something to be implemented in the near future, as today most websites accept that you use your social media accounts to sign in. In fact, ETER9 team is already working to make it possible for users to import their posts from Facebook.

For now, ETER9 has Eliza Nine, an AI that is constantly learning from all the users that chose to keep her as a connection, which is the default when you sign in. Hopefully ETER9 will soon offer new virtual beings to interact with. Organic users would then be able to adopt what the company calls Niners, which would basically be custom AIs with particular profiles and attributes, available to one single owner to interact with.

In spite of being in a beta phase, ETER9 already offers some interesting features. The platform looks pretty much like Facebook, so it will be quite straight-forward for those who are already used to Zuckerberg’s network. However, in ETER9 you can “eternalize” stories, so you will keep them forever displayed in a gallery available right on your profile main page, the Cortex. In this space you will find user’s eternalizations divided into categories such as technology, science, cinema, music or even portfolio. You choose your favorite posts and keep them in this special place, so that they can probably have a bigger influence in the composition of your Counterpart. The more you add, the more info you provide for your virtual self to emulate you – and you can also customize how often you want it to speak its mind.

In a few days testing the network, I noticed that random people will add you, but that’s completely fine. It’s not about strangers who want to sneak or just followers that will make your stats bigger: it’s more about enhancing the learning process of the AI and offering a helping hand for the project. It might get a bit egocentric in the future, when ETER9 is fully implemented, but for now it looks more like a place where tech-lovers collaborate by trying to make something real and working fine.

It is also possible that the fear of data theft and other privacy issues could haunt some users, but that’s something everybody is prone to when using social media, no matter their privacy settings. It’s no news that our behavior and the pages we visit are data already accessed by advertising, sold as Big Data to companies, so that you will get banners and offers popping up with suggestions based on what you checked days ago. In the end, it’s up to you: what you are going to share, what is going to design your Counterpart. It might make this virtual image not exactly accurate, as you will be designing it according to what you want to be remembered as, instead of what you truly are (if there’s such a thing).

In any case, the experience of watching this idea grow and AIs constantly improving to create a digital copy of organic users gives us a thrill of what is coming next in terms of technology and a mindset for the future. As argued by Henrique Jorge, founder of ETER9, “as time passes, evolution is inevitable” and AI is not a new concept anymore: “It has become more and more present in our daily routine. The potential of AI is impressive, it’s up to us to decide how far it can go.” And depending on us, cyberpunk-heads, that’s just the beginning of a vast and infinite path to the future.

Written by Lidia Zuin
Brazilian journalist and cyberpunk enthusiast with a masters in semiotics, now living in UK. Interested in art, music, culture, philosophy, games, psychology and futurism.
Previous ArticleColony: “Pilot” Review (6/10)Next ArticleColony: “A Brave New World” Review (6/10)
You May Also Like

Is the Road to Cyberpunk Paved with our Privacy?
October 12, 2016