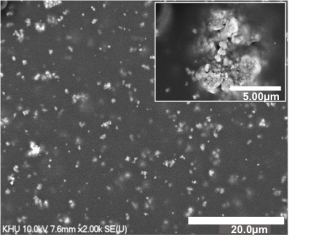 As of the time of this writing, the Keck School of Medicine is preparing to announce preliminary results in a clinical trial of auditory brainstem implants in young children.

What is an auditory brainstem implant? The short answer, it’s a microphone hooked up to your brain to assist in hearing. The long answer is it’s an electrode array implanted directly on the cochlear nucleus. The array connects to a microphone near the ear and a computer chip that is programmed over time (with the aid of an audiologist) to help the patient better interpret what would otherwise be auditory signals. 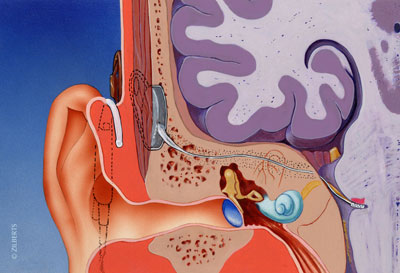 The purpose of this study isn’t to show this hot new device works though- it’s to show the FDA that it works in extremely young children. Currently in the US you must be 18 years of age or older to receive the implant, which some of you may know is getting a little old to make full use of similar neuroprosthetics. With many ABI patients only 20% of language is understood without the use of lip reading, but this is assuming the nerves were surgically cut at a young age to begin with. The goal here is to show that this device not only works in toddlers, but hopefully that they can live lives with close to full hearing as a result.

Results were presented Febraury 14th at the American Association for the Advancement of the Sciences 2015 Annual Meeting. The study is ongoing.

Research into grid cells, specialized neurons that are mapped to the environment in entorhinal cortex, net the discoverers the 2014 Nobel Prize in Medicine. Further research, published this week in Nature, is showing a strange little trait of these cells however- they’re not quite aligned right. At least in rat brains.

When your brain maps an environment it anchors the grid cells to distinct areas- walls, in this study. But in square mazes the maps created in the rat brains seemed to be “sheered” from their actual shapes, with an offset from the walls of 7.5 degrees. The offset was just enough that the anchored grids matched with each other, but not to directional axes. In addition, the grids became more “eliptical” in shape.

The theory proposed by the researchers is that the sheering comes after the formation of the grid cell map.

The study is published in Nature.

A new substance has been created that may aid in the production of wearable electronics. By adding nanoparticles of bismuth ferrite to polymer and drying it into a film, the resulting material had electrical properties that could be controlled by magnetism.

The material seems an improvement over plain old bismuth ferrite. The bulk variety was weakly magnetic, but this property was meaningless without a specific structure. Electrical properties were also limited due to the nature of bismuth ions themselves, but the nano scale wound up being the key to the problems. 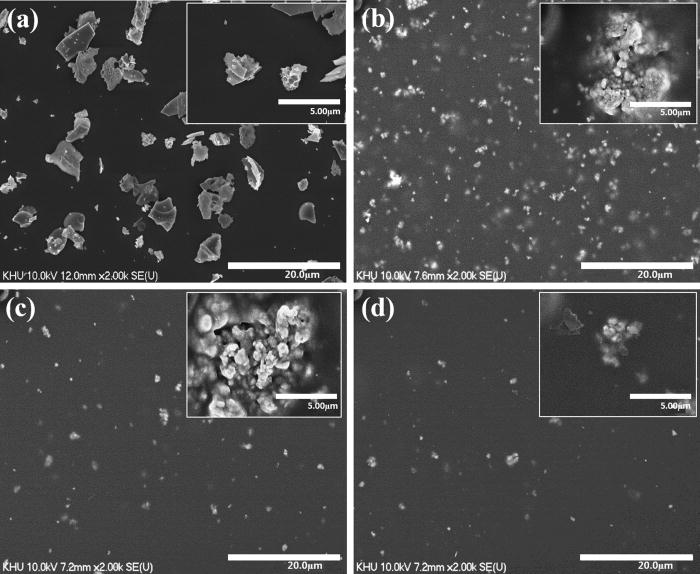 The results showed that the material not only exhibits the desired magnetic and electrical properties, but that it doesn’t lose them when wrapped into a cylinder. Before introducing the material to the market though, the team is conducting more research.

The results can be read here and were published by Applied Physics Letters.

No, this isn’t a ploy to get you into the glamorous world of unpaid science writing. Research published this week shows that those who volunteer on the side of a full time job tend to be happier.

A study of employed individuals in German-speaking parts of Switzerland surveyed over 700 individuals, one third of which volunteered on the side. As long as the motive was to genuinely improve the community through volunteer work, there was a slight increase in multiple aspects of the individual’s mental health.

Now, this study has some problems that are inherent in most studies of this nature. In this case, I worry that 35% of a sample 746 individuals volunteering may indicate some cultural effects influencing the results. But this doesn’t mean this study isn’t relevant to us.

Most Dystopians probably aren’t from the German-speaking parts of Switzerland, and may not respond the same way to the daily dose of volunteer work. But the heart of cyberpunk (for me) is social problems and the required social change, and if you’re here, that idea probably interests you too. If you ever needed an excuse to go out and change the world (you shouldn’t), here’s evidence that it could be good for you.

This study was published by the Journal of Occupational and Environmental Medicine.

Written by Zymepunk
Zymepunk was drawn into the world of cyberpunk by Deus Ex and Blade Runner and now looks both back and forwards in time for anything that may come close to those masterpieces.
Previous ArticleReview: 12 Monkeys – The Night RoomNext ArticleWhy Hackers Are Beating Security
You May Also Like