Chelsea Manning is free, Julian Assange has had the charges against him dropped, and the war against transparency has never been stronger. No wonder there is a resurgence in popular culture of the cyberpunk ethos. 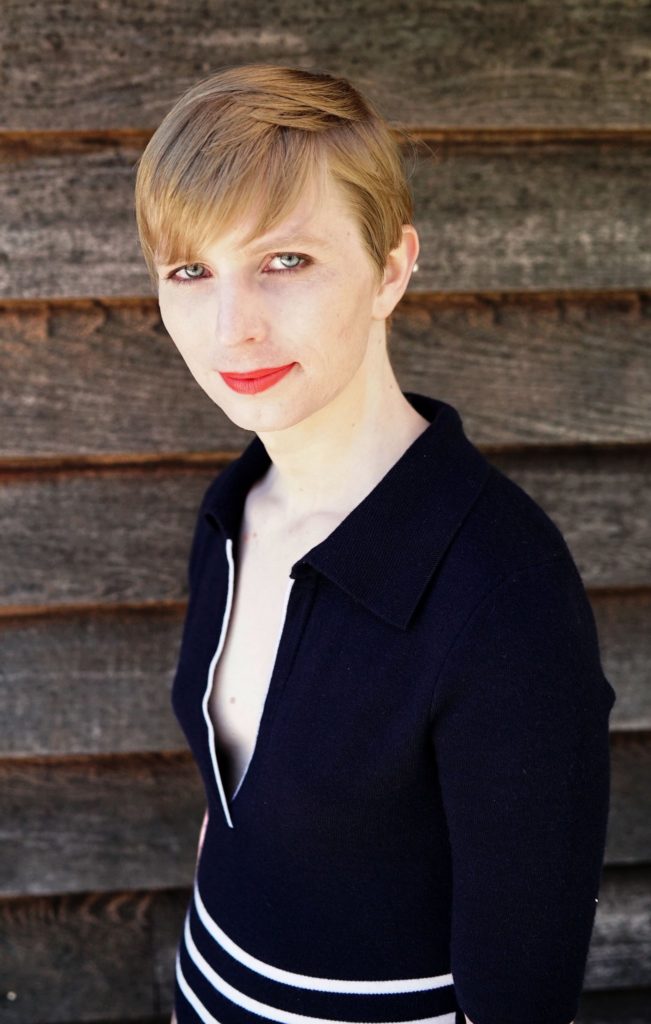 Chelsea Manning took her first steps as a free woman on Wednesday, May 17th. This is a huge victory, not just for Manning, but all lovers of truth and freedom. Manning was imprisoned and essentially tortured by the US government after leaking the Afganistan War Logs to Wikileaks. Besides becoming a symbol of truth, Manning has also become a powerful role model for the trans community in the wake of transitioning during her captivity at the hands of the US. Just before handing the keys to the government over to Trump, Obama commuted the bulk of Mannings 35 year sentence in the wake of presidency defined by a war on whistleblowers. You can follow Manning’s exploits in the free world via Twitter. 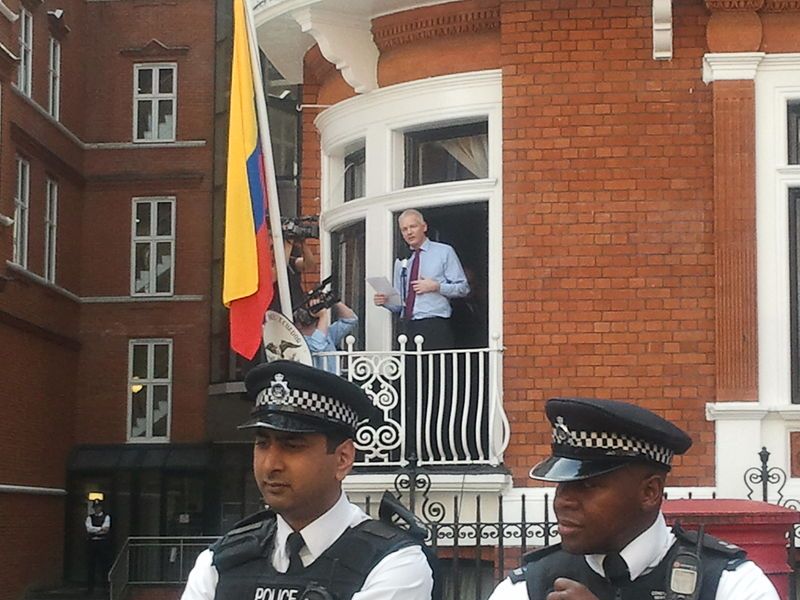 Sweden has dropped its charges against Julian Assange, although they are saving face by transitioning the blame to Assange himself by saying they dropped the charges because it was “impossible to serve him notice.” The UK has doubled down on their threat of arrest, however, based on “failing to appear in court.” The threat of extradition still looms.

The Electronic Frontier Foundation sounds the alarm about a proposed addition to the Digital Single Market Directive that would create a tax on all works provided through streaming services, whether the artist wants it to be freely available or not. This amounts to an assault on free culture itself. By free, I don’t mean free of charge, by free I mean freedom of information and expression. A precedent for this law has been set in Chile, where it is less possible to present resistance to these kinds of draconian copyright laws.

May vs. the Internet 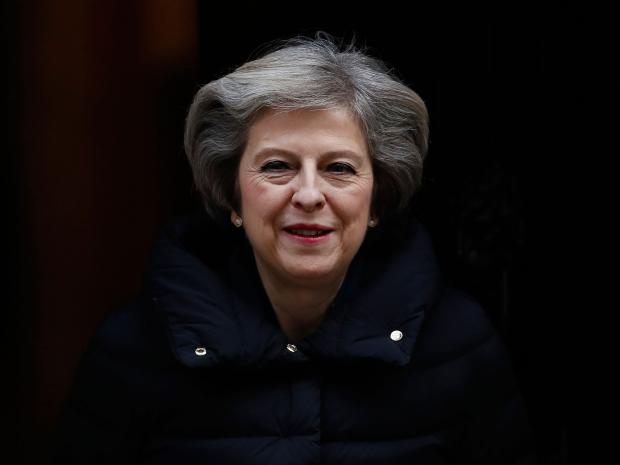 The UK Prime Minister Theresa May and the Tory party have released a manifesto that reveals their intentions for the Internet, and it is nothing less than a transition of power from private to government control. The justification is full of moralizing and fear mongering. Should the manifesto be believed the UK government is going to attempt to introduce backdoors into all communication channels, exploit the use of data collected on citizens, restrict the viewing of adult content (for everyone), restrict the use of hate speech, radical viewpoints, and “other sources of harm,” which is too broad to interpret and could be used to justify anything, create the ability to delete all records of content made before a citizen turns 18, tax the internet to fund anti-internet propaganda, curate the news online, and persecute companies that fail to fall in line. This is so extreme that there is basically no way that all of this can happen, but should even a small portion of this manifesto’s intent come to fruition, it puts the very nature of freedom online in jeopardy. 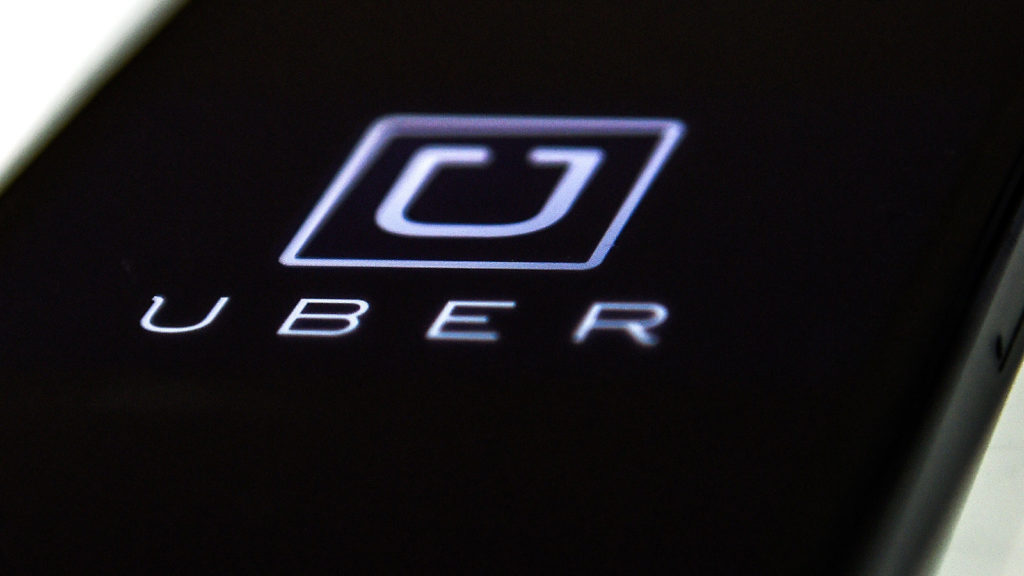 Uber is facing lawsuits for its collection of extensive amounts of data on all of its users. This data has been demonstrated being abused by employees stalking people, such as Beyonce, and by Uber to prevent law enforcement in Oregon from using the app to catch drivers who were engaged in criminality.

The US vs. Whistleblowers 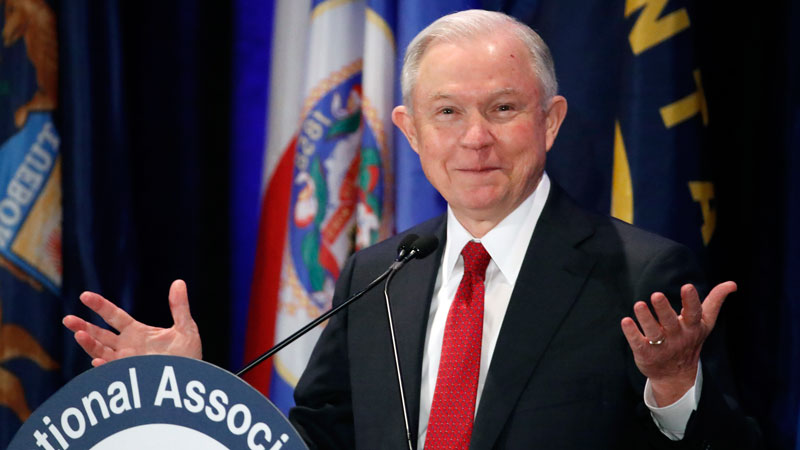 Continuing the war on whistleblowers that began under the Obama administration, Jeff Sessions has stated that one of the Justice Department’s priorities under his tenure is going to be prosecuting whistleblowers in the government. Elizabeth Goitein, who co-directs the Brennan Center for Justice’s Liberty and National Security Program, has suggested that Julian Assange may be an important target of this stance granting credence to Assange’s continuing concerns about extradition, despite the fact that the allegations against him have been dropped. This goes to show that we need symbols like Chelsea Manning, more than ever.

BLAME! is the adaptation of Tsutomu Nihei’s fantastic cyberpunk manga that we have been waiting for. Previous iterations have completely failed at capturing what made the manga great. That doesn’t seem to be the case here. Creepy imagery, vast and endless city, and action centered around the mysterious drifter, Killy. The anime film is now available for streaming on Netflix. 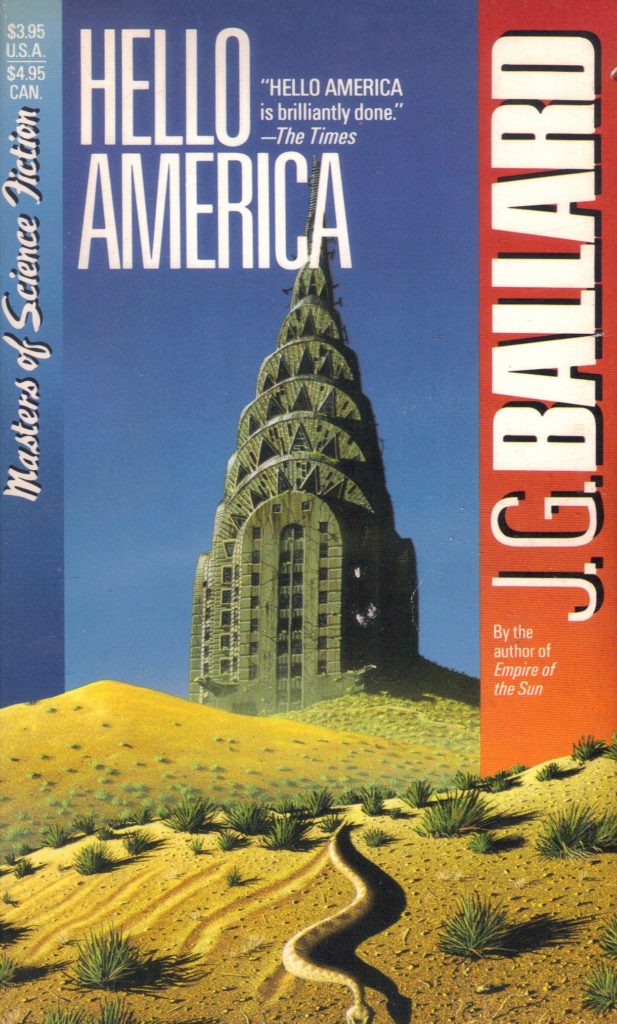 J.G. Ballard is one of the influences on what came to be cyberpunk. The recent film adaptation of his book High Rise was incredible, and now Ridley Scott of Blade Runner and Alien fame is working to bring his book Hello America to film via Netflix. The story’s synopsis is:

J. G. Ballard’s novel is set in 2114, generations after an ecological collapse has made most of North America a wasteland. A century after America was abandoned, a group of explorers sets off to explore what’s left of North America, landing in Manhattan and heading west across a mostly deserted country “populated by isolated natives and the bizarre remnants of a disintegrated culture.”

If you’d like to get acquainted with the source material, get a copy of the book here. 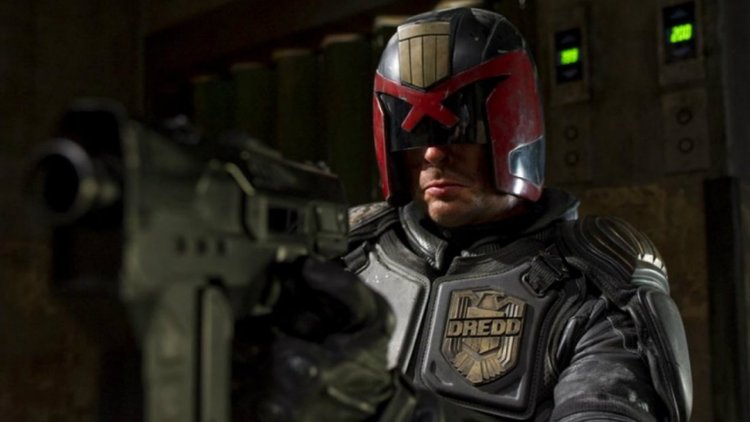 Karl Urban is in talks with the producers of the new Judge Dredd series, Mega City One, to reprise his role from Dredd as the titular Judge Dredd. In Dredd, Urban captured the spirit of Judge Dredd in a way that Sylvester Stallone never could. We’ll keep you updated as new insights into the series arrive. 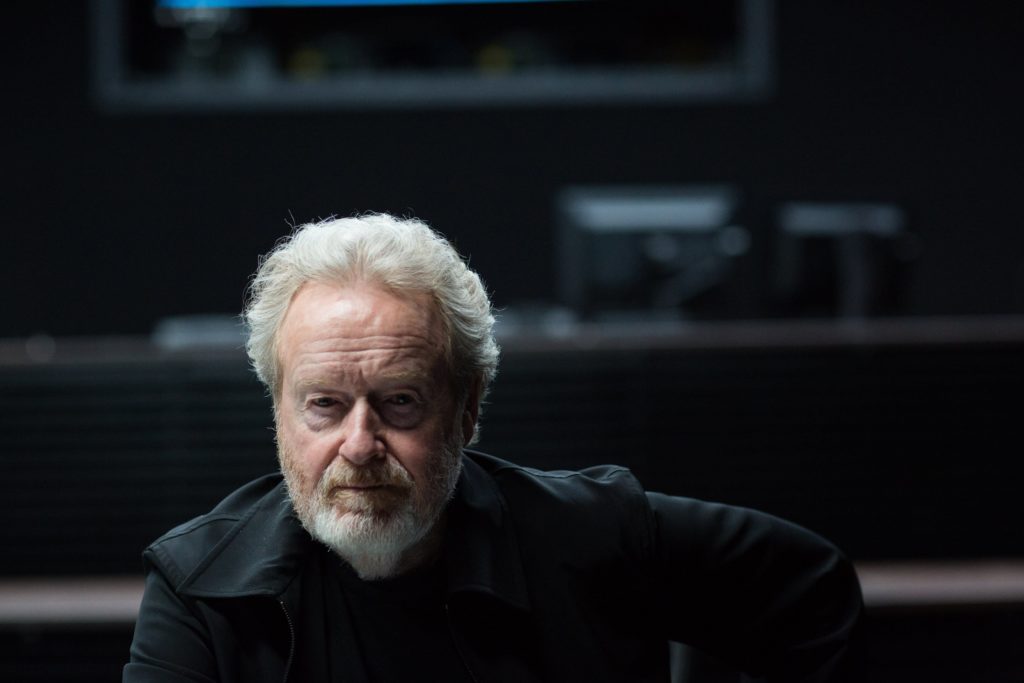 Ridley Scott will be working with TNT to bring original science fiction to the network in the form of “hourlong series, short-form programs and other formats to be developed in collaboration with the filmmaker.” A bit vague at the moment, but most of Scott’s science fiction work has been on point, so we’re excited. 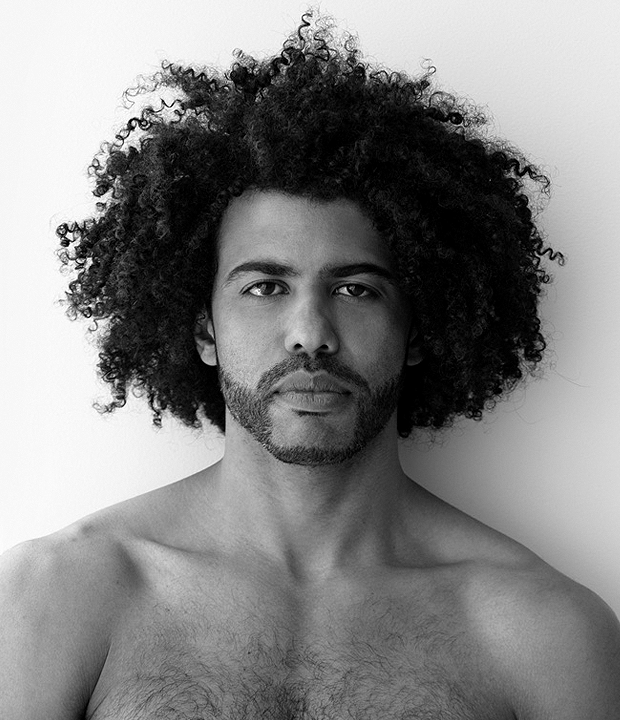 In addition to working with Scott to bring new programming, a television adaptation of Snowpiercer will be coming to TNT. The film had strong allegorical elements that resonated with a cyberpunk audience, and we wouldn’t be surprised if this continues in the show. It will star Daveed Digs.

The Crossing is a new series coming from ABC that is reminiscent of Bruce Sterling’s Mozart in Mirrorshades, which is about people from the future coming to the past to escape their future. Unlike Sterling’s story which was an analogy for the energy crisis and oil industry, this series seems to be tackling the refugee crisis head on. We’ll have to wait to see more to determine if this series is really going to have cyberpunk elements or not. The Crossing will be premiering this fall.

Capsule is a cyberpunk comic inspired by Akira and Cowboy Bebop that is currently running on Kickstarter. The art is far from amateur, and Deadpool artist Bon Dazo is doing the cover art. The synopsis of the comic is as follows:

My story begins in the year 2079, confined within the Japanese capital of Neon City. The place of the future, they all said. Now it’s nothing but high-rise Ashita Corp. towers filled with corporate scum, willing to bottom-feed off any sucker attracted to their flashy billboards and ridiculous slogans. And to think, it won’t be long before my name’s up there, too… great… “Hiro Watanabe”, this wanted criminal brought to you by something as subtle as an Ashita foot cream ad.

It’s getting harder to remember a time before the mundane, a time when there wasn’t chaos over handfuls of untainted capsules floating around the city. Hell, it’s just getting harder to survive in this place. There’s no more scalpers, no more competitors, even the Resistance has gone dark since the government seized the last of their unfiltered pills.

Those who take the capsule become sheep, we call them capheads. Those that don’t or can’t afford it get theirs from the Neon Network, a black market for capsules that mimic the efficiency of the government’s version while avoiding the… other effects. Though I can’t say it’s all that enticing to risk death on every one of the Network’s shady capsules either. So how do you choose? Do you live a safe, conformist life as a caphead, devoid of free-will? Or do you roll the dice and pray you avoid becoming another one of the bodies piling up in the streets with the Neon Network’s alternatives? Another body like my sister’s, all because of these greedy corporations and their control pills.

It’s been almost fourteen hours since my last capsule… and already I can feel my mind starting to slip away. All these years of chemical dependency, the things it’s done to my mind. Sorry, our mind. I know I can only fight the hunger for so long, but it’ll be okay – that’s why you’re here, Daigo. You’ll keep me sane, you’ll help me find my way. And Ava, it’s not going to be easy. We’re going to be up against members of the Yakuza, government confidants and every half-wit criminal from here to hell. I’m going to get weaker, so I’m relying on your strength to help me cut these sick people down. Wake me up when you’ve found him. God, my stomach. Just remember, you’ve got two days.

Blue Heaven is a new hack and slash/rpg that is being crowdfunded on Kickstarter. The synopsis of the game is:

Blue Heaven is a combination of action-RPG and Hack & Slash and is targeted only at adults. It tells a bloody story from the point of view of a mercenary whose work is to enforce the law in a futuristic and decadent cyberpunk universe, where good and evil are almost indistinguishable and dirty sex, deadly drugs and decomposing corpses are easy to find among the dark alleys of every metropolis. Soon, he will have to abandon his world to explore unknown territories in order to save the last bit of humanity left in him, ending up involved in an unpredictable conflict.

The voice over really feels like something out of Deus Ex.

Did we miss anything? What do you think about the events of this week? Let us know down in the comments, or on social media!

Written by Isaac L. Wheeler (Veritas)
Veritas is a cyberpunk and writer who enjoys all aspects of the cyberpunk genre and subculture. He also journeys deeply into the recesses of the dissonance exploring his nihilistic existence. If you'd like to contact Isaac L. Wheeler (Veritas), the founder and editor-in-chief of Neon Dystopia, you can do so here: ilwheeler.founder@neondystopia.com
Previous ArticleA Cyber Short Double-feature Review! – Hardwired & ZauvekNext Article‘More Than Just A Game’– Brainscan Review
You May Also Like