The state of cyberpunk this Friday brings us an undeniable link between private intelligence and government policing, a respectful view of one of cinema’s greatest feats, and the return of an Anonymous face. Let’s see just how bad things got this Last Week in Cyberpunk.

China’s northernmost urban centers are experiencing mass exodus as nearly 500 million people have been covered in a blanket of toxic fumes. This is roughly the equivalent of all citizens in Mexico and the United States forced to live under these hazardous conditions, Greenpeace has stated. Face masks, smog cannons, and motor vehicle restrictions have been put in place to address the current crisis that has placed the air quality in these regions under a “red alert” for days, something Chinese citizens have been aware of thanks to the thickening yellow skies above them.

Barrett Brown Free and at it Again

Back in 2012, before Edward Snowden blew the lid on the NSA’s domestic spying practices, hacker and journalist Barrett Brown was arrested on a live stream for his role in the dissemination of millions of emails from intelligence contractor Stratfor. Brown is now free, and in a statement to Wired he says that he plans to continue his activism in the coming Trump administration. What that may look like now that the hacktivist army Anonymous isn’t what it once was remains to be seen. A short documentary by Field of Vision chronicles his first few hours of freedom. 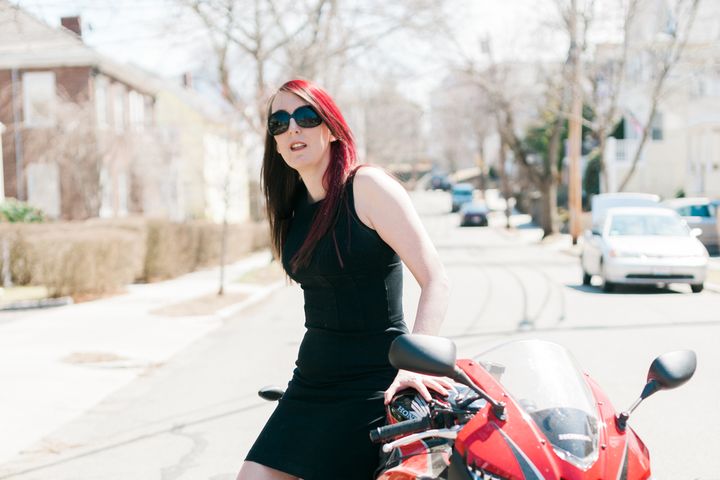 Perhaps better known for her role in the Gamer Gate saga that dominated discussion of the video game industry for some time, games developer and activist Brianna Wu has announced a run for United States Congress under the Democratic Party in her state of Massachusetts. In a statement to Venture Beat, Wu stated that she intends to run her campaign further to the left of the party establishment in 2018 and focus mostly on economic issues, tapping into the enthusiasm that Vermont Senator Bernie Sanders tapped into during the 2016 presidential primaries. In part, she said “it’s time for women of my generation to pick up that baton and commit to public service.” 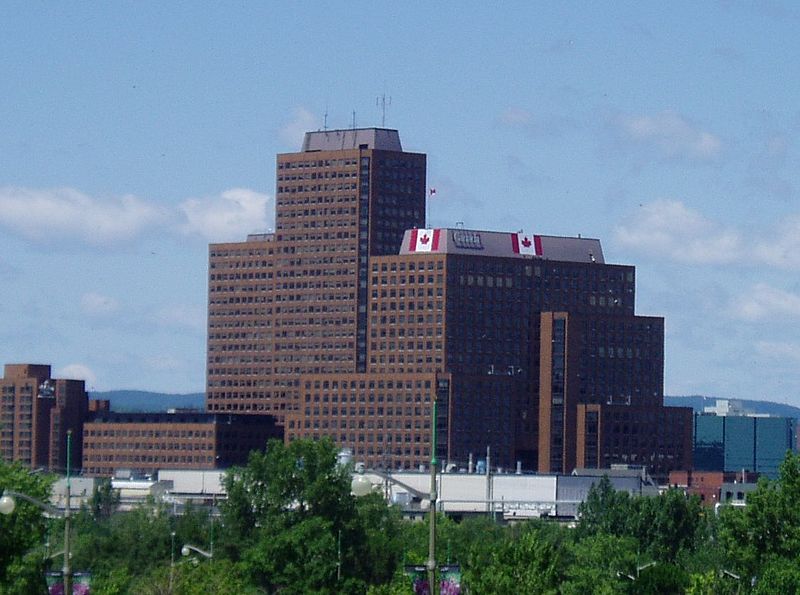 Canada has changed the definition of “basic telecommunications service” to include an internet connection of at least 50 mbps. This comes as the CRTC, Canada’s telecom regulatory authority, has received $750 million in government investment to extend internet capability to rural areas across the country. Jean-Pierre Blais, chair of the CRTC, said in a statement earlier in the week that extending this capability to everyone will require a great deal of work, but for the future of Canada “requires us to set ambitious goals, and to get on with connecting all Canadians for the 21st century.” 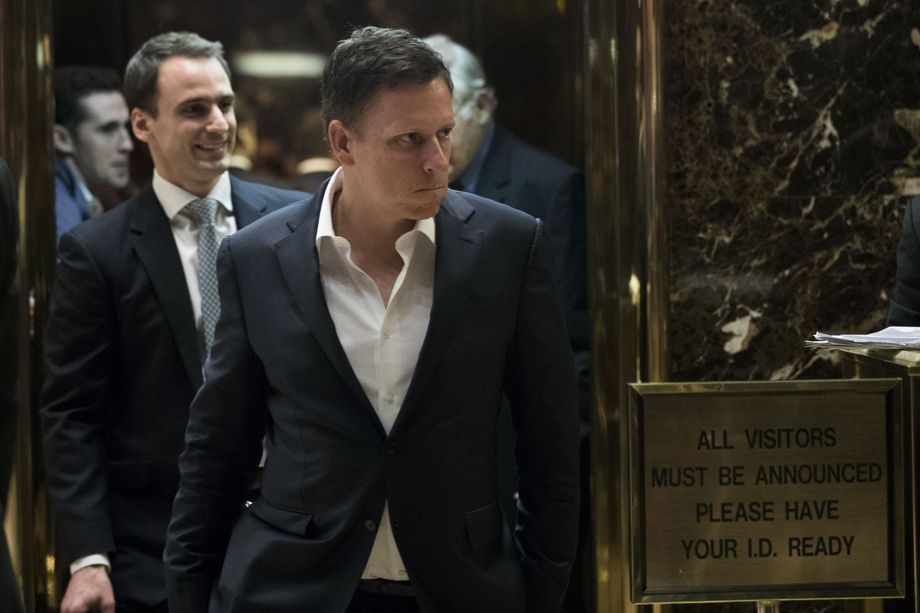 Billionaire Peter Thiel continues his transition from tech to Trump henchman through his data-mining company Palantir. According to public records, Thiel’s company has been working closely with US Customs and Border Protection to track and assess foreign travelers entering the United States. This gives Thiel’s company access to databases used by federal, state and local law enforcement across the country, giving them all kinds of details about foreign visitors to the country from travel itineraries down to personal associations and tattoos. According to records obtained through a lawsuit by the Electronic Privacy Information Center, Palantir appears several times in the Analytic Framework for Intelligence’s records, the collected intelligence records of all those agencies. Palantir’s existence in AFI documents suggests an unprecedented access to potential retaliation and harassment of private individuals from the incoming president. Given his penchant for online tantrums and Tweetstorms this may not be beyond the pale.

Earlier this week US Customs and Border Protection has demanded that travelers to the country hand over information for their social media accounts. This includes Facebook and Twitter, but all the way down to LinkedIn and Google+ as well. So far the demand is optional and US Customs claims that refusal to cooperate with the new initiative will not be used as grounds to deny entry into the country, but privacy advocates worry that even in its current state this practice violates human rights. 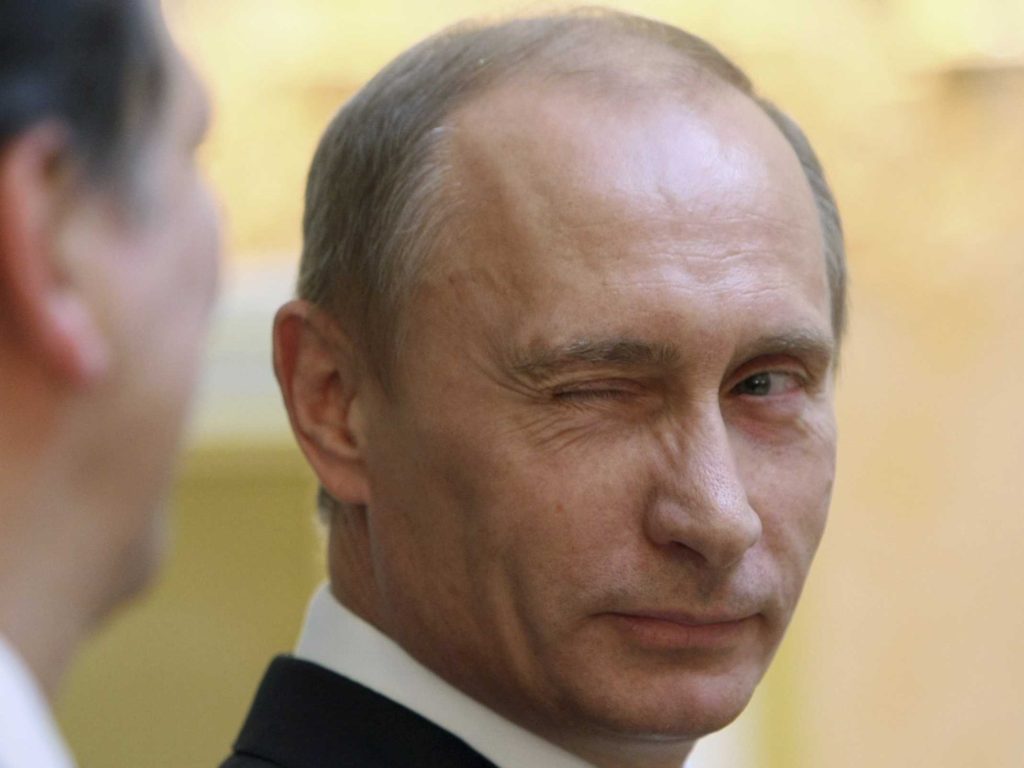 Not soon after CrowdStrike linked GRU-backed Cozy Bear and Fancy Bear hacking groups to Android malware, more of Russia’s hacking capabilities has been demystified. Using similar tactics, a recent report showed that Fancy Bear used a similar tactic in identifying the location of infected devices to and intercepted communications to locate artillery used by Ukraine against separatists supported by Russia during the country’s civil war that ended in the annexation of Crimea. When asked about his assurance that these were state-sponsored attacks, Dmitri Alperovitch, co-founder of CrowdStrike, said “This cannot be a hands-off group or a bunch of criminals, they need to be in close communication with the Russian military.” 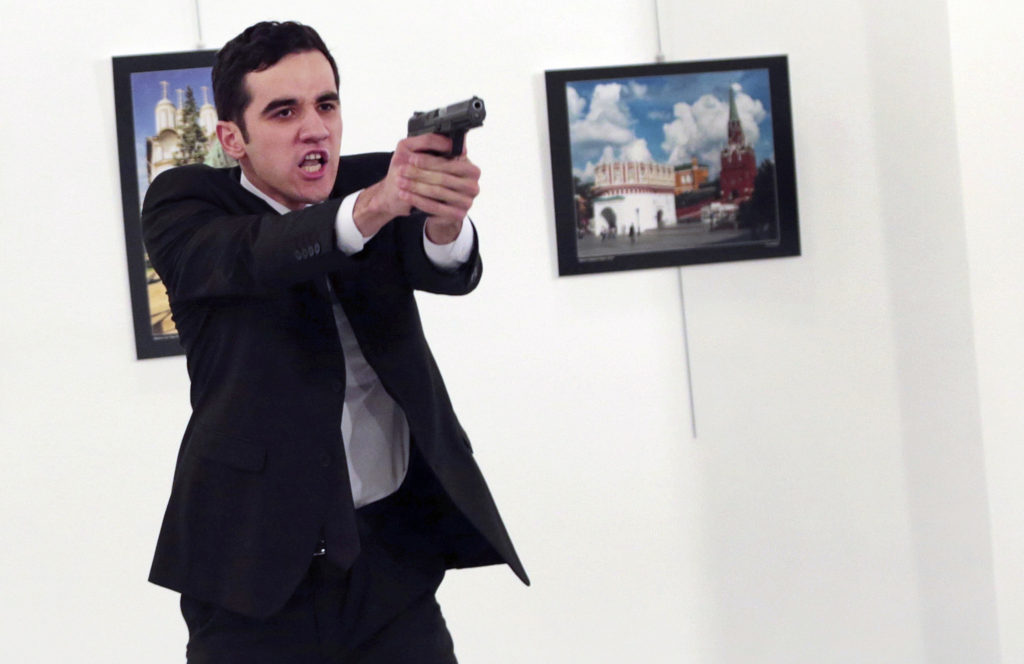 Andrei Karlov, the Russian Ambassador to Turkey, was killed by a police officer in an art gallery in Ankara this past Monday. The police officer was killed on the scene by Turkish special forces. The Turkish government has reached out to Apple to unlock the shooter’s iPhone to further their investigation, which is similar to the FBI’s request to unlock a mobile device belonging to the San Bernadino shooters earlier this year. Apple refused to create a backdoor in that instance, forcing the FBI to pay a hacker to do the job for them, and it’s likely they will refuse now. However, Russia has reportedly sent tech experts to Turkey to help them resolve this issue without the company’s help.

The first trailer for Blade Runner 2049 premiered this week and all of us here could barely contain our excitement over what looks to be a faithful continuation of the best movies ever made. With more pictures from the set and knowing we’re getting a proper R rating, many of us feel even better over what Ridley Scott has planned. 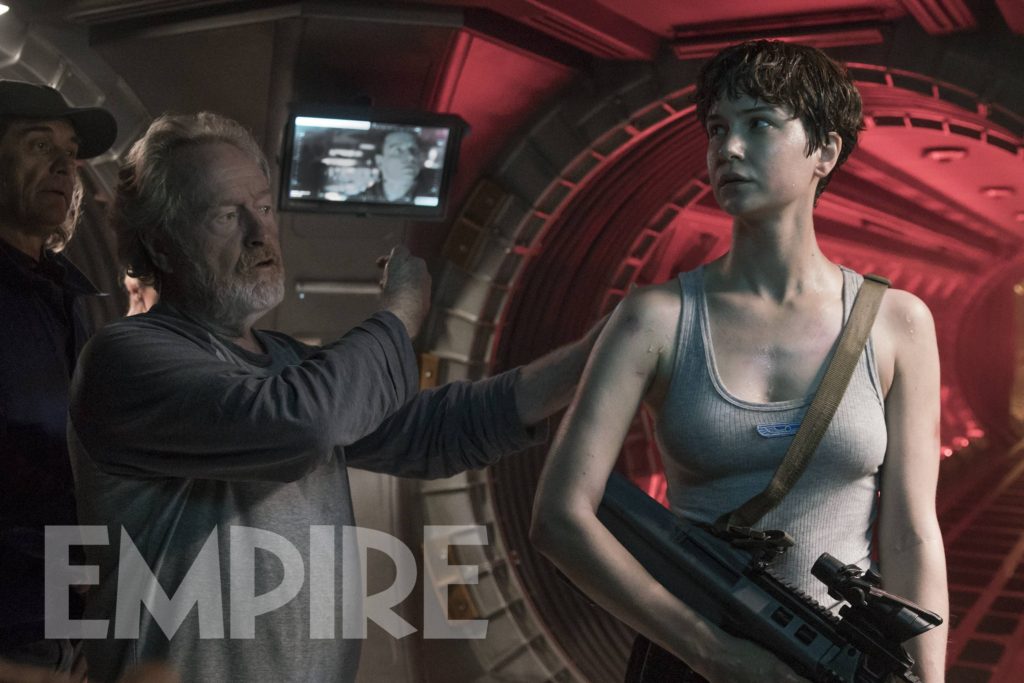 Following the release of the Blade Runner 2049 trailer, Empire has  filled its latest issue with images from the set of Alien: Covenant.

Mr. Robot creator Sam Esmail will be adapting Fritz Lang’s 1927 expressionist film Metropolis for television. Esmail’s adaptation will take place in 2026 and run on a budget of $10 per episode, but viewers will have to wait a couple of years before it comes to small screens.

Due in no small part to the international acclaim CD Projekt has received for its Witcher series of video games, the Polish government has given the developer $7 million in grant money to continue their work. The grant will presumably go to the development of Cyberpunk 2077, and reports indicate it will be for the development of “seamless” multiplayer and city creation.

The latest installment in the NieR series is a little closer to release, but those on PlayStation 4 can test out the sequel to the 2010 fan favorite in a new demo. NieR: Automata takes place thousands of years in the future, leaving humans, androids and robots to fight over what’s left of earth. NieR: Automata releases 3/7/2017 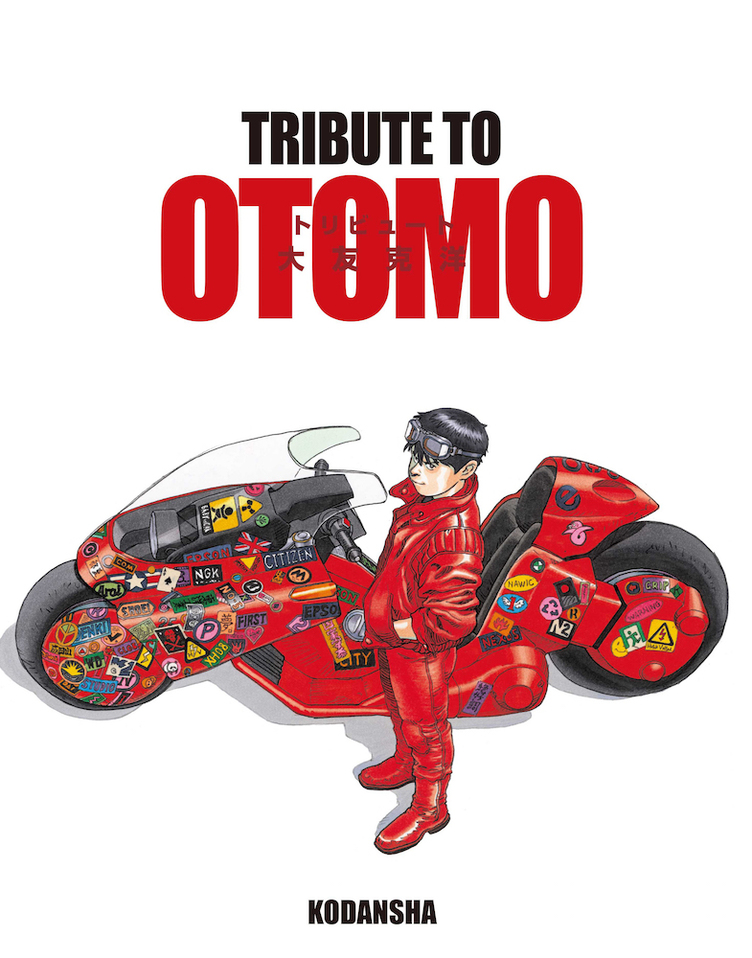 Katsuhiro Otomo, creator of the cyberpunk masterpiece Akira has had his legacy praised by fans for decades and inspired no shortage of impressive creative works across mediums. In addition to this, 80 artists from anime, manga, film and beyond are coming together to pen a book dedicated to Otomo’s influence.

Think we missed something in our coverage? Let us know in the comments or on social media.

Written by Daniel Rodriguez
Daniel Rodriguez is a freelance writer and author from New York City.
Previous ArticleIncorporated’s Inequity is our Poverty TrapNext ArticleWilliam Gibson’s Christmas Story: Cyber Claus
You May Also Like

An Echo in the Temple – Revisiting the Ghost in the Shell Original Soundtrack
March 20, 2017

The Man In The High Castle: Not Cyberpunk, Still Relevant
January 20, 2015