Technomancy is the newest album from Victor Love, and his second solo album. If you aren’t familiar with Victor Love, you might know him as the lead singer for Dope Stars Inc. We have spoken with him before, and you can read about him, his music, and his philosophy here. Technomancy is an album that rises out of his philosophy in regards to the internet and the abusive powers that be. Dope Stars Inc. famously released thier album Ultrawired on The Pirate Bay, that pretty much sums up Love’s feelings on the traditional music industry.

The world that Love imagines in Technomancy is a world where technology has become indistinguisable from magic and computer programs can execute seemingly magical effects. This has created a new kind of hacker that takes on the global elite and status quo. The albums description follows:

“Sometime in the near future in a reality not so far away advanced technology has become indistinguishable from magic.

Clairvoyance through Big Data analysis. Predicting the future by creating it. Programming the masses while mining data out of their souls. Subcultures disappearing and merging together. Digital conformism. Sponsored reality targeting your data feed with unwanted information. Censorship through memes idiocy & guilt control. Pay to exist or die by electronic oblivion.

Everything and everyone is for sale with cryptocurrency. Prostitution of the arts in the name of profit. Digitalized and remarketed until the end of the world. Resurrected idols to be consumed one more time. Remote controlled performers on prosthetics & augmentation devices. A generation suffering for technological unemployment competing for status or survival. Celebrities of micro networks exploiting their privacy for a lapse of glory.

Inhumanity and disinformation spreading over mainstream platforms for free or HD for few credits out your MMORPG account. Emotions tracked and deceived with neural implants. Terror and wars of religion over social networks to enforce AI drone surveillance. Dissident voices silenced with fabricated defamation and controlled public outrage. Sexbots and designer drugs on VR headsets are the new opium.

Meanwhile in the slums of the urban sprawl a new cult is recruiting fresh blood. Smugglers of a dark knowledge unknown to the population at large. Distributing rune stones on LCD screens. Digital alchemists decrypting sigils stolen from corporate databases. Programming spellware to break the firewall of conformity.

A gathering of Technomancers against dystopia is born.
Armed with open source grimoires.
Codebreaking the occult.
Hackers of the arcane”

The first song on the album is titled Bitchcraft, which is obviously a play on witchcraft. Throughout the song we switch between variations on this theme which include Bitchcraft, Witchcraft, and Richcraft. The song itself is amazingly chaotic and really brings out the feel of these three elements coming into conflict with each other. This also really capture the dynamic that the album represents where the rich, are using richcraft to manipulate, where people in our personal lives are using bitchcraft to manipulate, and the technomancer (read dissidents) are using witchcraft (hacking) to manipulate. Below is the Aesthetic Perfection remix off of the single released prior to the full album, which you can find here. 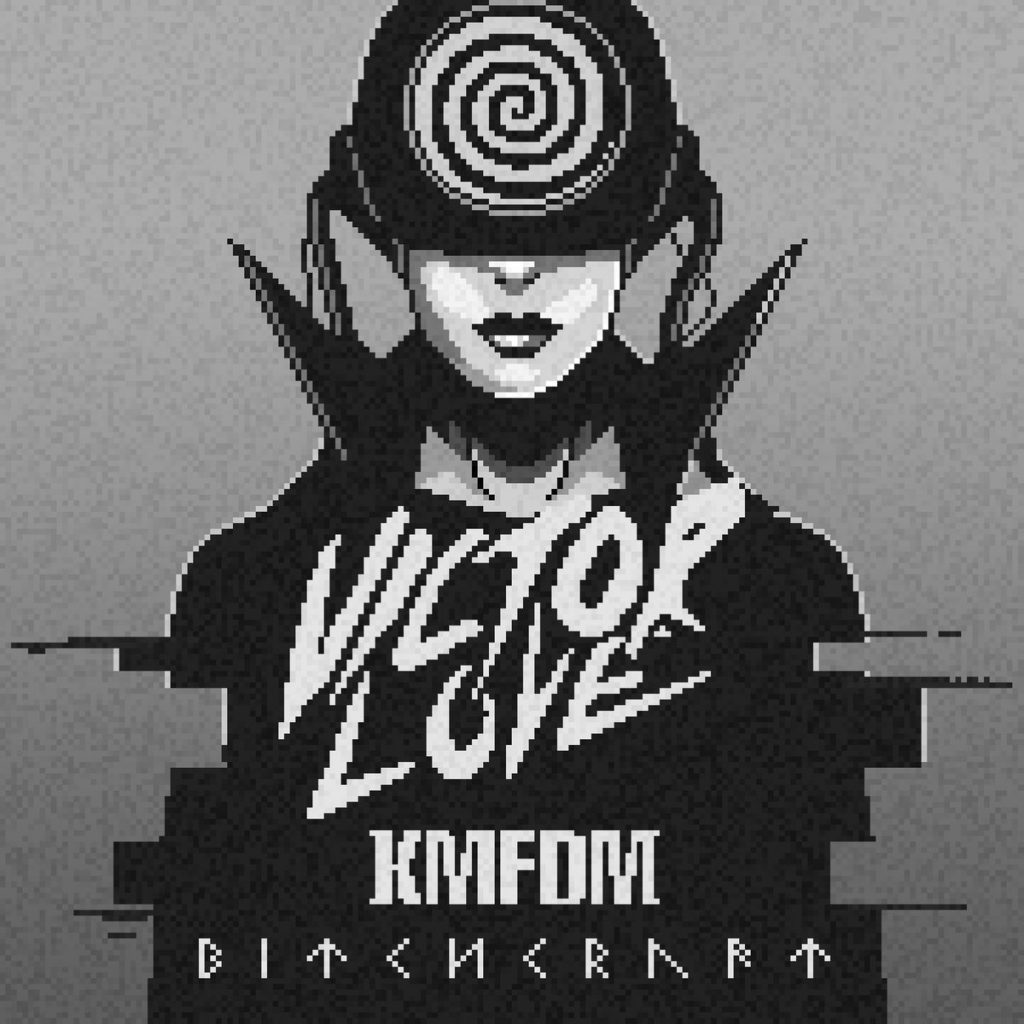 The next song of the album that I’d like to highlight is entitled The New System. It perfectly captures the state of affairs, not just in the music industry, but the world abroad. We now live in a world where there are distinct classes of haves and have nots, and this becomes more apparent each day. The theme of this song is that you can buy your way to fame, rather having to work for it. And even if you work for it, you may never achieve it without access to money.

These are the lyrics in case you have ahard time following them:

we got a slot here waiting just for you
it’s a tour that you don’t wanna lose
give me cash no need to check your tunes
we don’t care if you’re just another n00b
pay for this for that. full service dude
we are a whore with money attitude
you could fuck our ass no problem dude
we just need your dad to pay for good

Although all of the tracks on the album are excellent, the last one I’d like to point out is unusual for Victor Love, and that is Black Dreams. This song is purely insturmental, something that is very rare for Love, but it is none the less powerful. It manages to capture a kind of dark mindscape that is occasionally hopeful. This hope, I feel, is reminisent of the inkling that many of feel in the pit of desperation. An inkling that there is a way, but that way won’t come easily. And it won’t come in isolation. It will come when the dark mindscapes of us all come together to create a physical landscape that breaches the status quo, that defeats the richcraft, and the bitchcraft. And at that moment the Technomancers will rise.

Technomancy is an album that is full of ideas. They are revolutionary, and possibly even contraversial ideas. But Love doesn’t choose to define it as Neo Cyberpunk as a musical genre for nothing. Cyberpunk has always been critical of the status quo. Although, Technomancy is a solo album by Victor Love he didn’t create it in isolation. There are a huge number of amazing names that contributed to the album including Sascha Konietzko & Lucia Cifarelli (KMFDM), Simone Salvatori (Spiritual Front, Christian Ceccarelli (Deflore), Whiplasher Bernadotte (Deathstars), Lord Kalidon (Army Of The Universe), Fabban (Aborym), Luca T. Mai (ZU, Mombu), The Enigma TNG, Vincent Vega (Hate Inc.) and ORAX. The art for the album and single was provided by the very talented pixel artist Valenberg.

You can find Technomancy here.

You can find the Bitchcraft single here.

You can see our previous interview with Victor Love here.

Or find him on Social Media:

Written by Isaac L. Wheeler (Veritas)
Veritas is a cyberpunk and writer who enjoys all aspects of the cyberpunk genre and subculture. He also journeys deeply into the recesses of the dissonance exploring his nihilistic existence. If you'd like to contact Isaac L. Wheeler (Veritas), the founder and editor-in-chief of Neon Dystopia, you can do so here: ilwheeler.founder@neondystopia.com
Previous ArticleWhat Makes Food Cyberpunk? Part 3: Is Ramen Cyberpunk?Next ArticleThe Helsinki Orphan Black Comic Impacts Season 4
You May Also Like