How many music producers would claim William Gibson’s Neuromancer as their favourite book?  Just one, as far as I can tell, and that’s Com Truise (according to this interview over at The Skinny).

Com Truise is one alias of Seth Haley, a well-respected music producer in the electronic music world.  He’s known for his complex multi-layered rhythms and technical prowess with a range of vintage equipment, among other things.

Though you could classify some of his tracks as ’80s inspired synth-pop, his sound unique and often gritty or glitchy.  His sound is cyberpunk.

Haley, born in New York and now based in New Jersey, describes it as something like “mid-fi synth-wave, slow-motion funk”.  Well, you gotta carve a niche!

Something that may surprise you is that Haley also produces his own artwork.  Formerly a graphic designer, he made the move into the music industry as soon as he had the opportunity to do so full-time.  Some of his merchandise is worth a look.

If there was any question as to whether you could call Com Truise cyberpunk, check out this video for his track Brokendate which seriously invokes a Blade Runner vibe!

For those in the US you can see Com Truise play live in Brooklyn on December 20th at Glasslands Gallery.  In Canada?  He’ll be in Montreal for New Years Eve, though the venue is TBC.

You can visit the official website for Com Truise here (be sure to have a listen to his Komputer Cast podcasts/mixes) and over on Facebook.

Written by Zymepunk
Zymepunk was drawn into the world of cyberpunk by Deus Ex and Blade Runner and now looks both back and forwards in time for anything that may come close to those masterpieces.
Previous ArticleRidley Scott Not Directing Blade Runner SequelNext ArticleAn Introduction to Netrunner: The Best Cyberpunk Card Game
You May Also Like 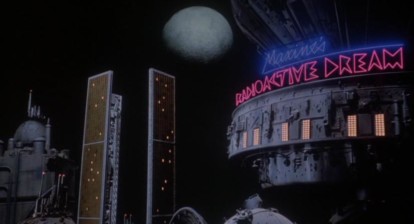