One of my favourite things about electronic music is how well it lends itself to concept work. Whilst many a good concept album has been created in a more traditional band setting, electronic music is better suited to removing the player(s) from the equation, instead leaving a body of sound that stands apart from the names involved. With Cadence, neon shudder has gone even further than simply creating sounds. A multimedia project featuring music, art, and narrative cyberpunk fiction, it’s a bold and well-delivered experiment, if a little rough around the edges. 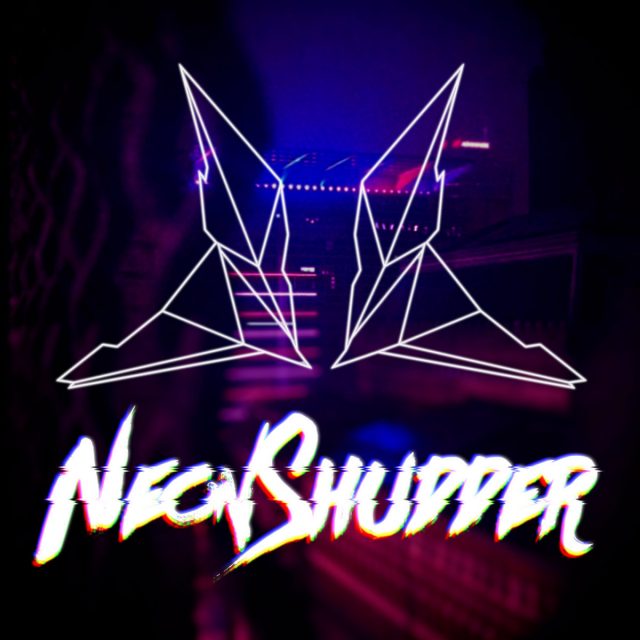 Set on the titular island of Cadence, a massive mega-corp created state, the story focuses on the GO! Group, a multipurpose crew covering courier services, private investigation, and asset recovery. A combination of noirish detective work and explosive action, we’re led through the streets, market and corporate towers of Cadence on the trail of a rogue psychopathic android. It’s also the first part of a trilogy of concept albums, and as you may well imagine is packed with twists, turns, and one hell of a cliffhanger.

The 20 tracks on offer are a mostly positive mixed bag. Tracks like opener ‘The City in the Ocean’ capture a wonderful gloominess that create heavy visuals in this listeners mind. Neon shudder’s ability to create atmosphere has grown substantially with this album, and track such as ‘Risk and Reward’ really hammer that home with audio paranoia and simmering mistrust. But it’s not all skulk and sneak. Cadence also features more than its fair share of upbeat numbers. ‘Skinner’, with its spooky skeleton fingered leads and kick-heavy beat, is perhaps the poppiest track on the album and is a definite standout. Meanwhile, tracks like ‘Galvanized’ race into the future, and ‘Follow the Trail of Blood’ crank with industrial hip-hop thud, fuzzy bass and sharp unsettling synth lines.

The use of the same instrumental sounds throughout gives the album a cohesive palette, but with a run time of over an hour, it’s sometimes a little restrictive. Songs like ‘Ghost’s Gallery’ wander into the anonymous, a collection of notes with no discernible lead melody. Other tracks such as ‘Go! Go! Go!’ aim high but fall short, with changes feeling forced. There are occasional issues with lead lines and arpeggiated backing where melodies feel out of place, relying on major key scales that belong in a far happier place. Whilst neon shudder has crafted an interesting and fresh post-synthwave sound, some tracks aren’t quite there yet in terms of songwriting.

Each chapter encountered within the 127-page novella (read a preview here) is represented by a song that reflects the events of the scene. Whilst the narrative is a welcome addition, at times the story and writing begin to lag. There are clumsy amateurish mistakes and moments where the characters and plot feel a little too convenient, but then this is no professional novel. It is an experiment in multimedia storytelling from a relative newcomer. If the sequels are to work changes are needed, and tweaks to the sometimes flat audio production, songwriting and weaker literary elements must be undertaken.

The design and layout of the PDF is fantastic. Thematically reminiscent of roleplay rule books, it would make great background music to your Cyberpunk 2020, Interface Zero or Corporation games. The fact that there are character unlocks included nod heavily to video game achievements, and given the nature of the story it’s a perfect if cheeky fit. The artwork itself must also be praised. Heavily thematic and purposefully direct, each piece is complimentary and able to set the necessary tone. Cover artist Vincentius Matthew’s work should particularly be noted for his breathtaking image of the island of Cadence. 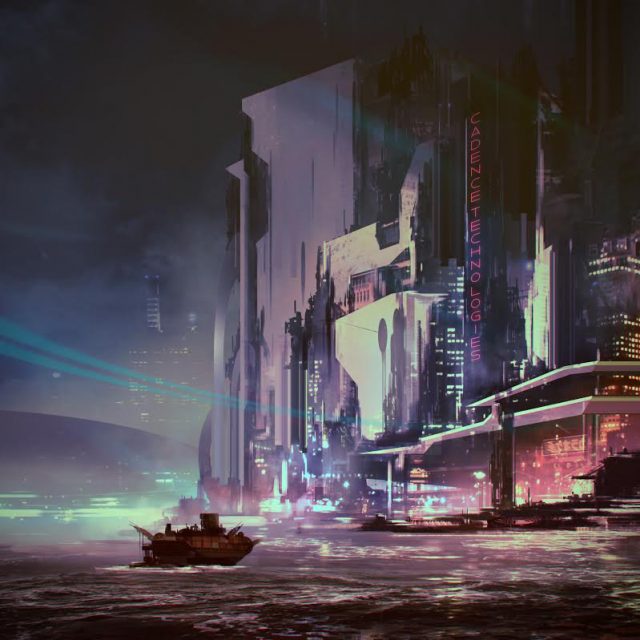 Despite the hiccups, Cadence is still a very enjoyable experience and I have found myself returning to the album numerous times since receiving it for review. Its strengths lie not within the individual pieces, but in the experience as a whole. It’s great headphone music and would lend itself well to nighttime drives and high-rise city views. When coupled with the visuals and the narrative aspect, we are presented with quite an excellent multimedia experience. Jhm should be commended for his efforts in creating an experience that goes above and beyond the expected. Double thumbs up from me.

You can stream and purchase Cadence here. I suggest you do so.