Roleplaying with a guy named Bino Prassa, a tall goth dressed all in black with a mohawk, I didn’t expect to discover a cyberpunk musician.  Wandering around the apartment while we took a break, I noticed all of the hallmarks of a cyberpunk in my midst. Antiquated technology, Shadowrun books, CDs including Front Line Assembly, Skinny Puppy, and more. Then later, much to my amazement, I discovered that Prassa was the vocalist for a band called Razorblade Monalisa; a band name that elicits images of Molly Millions. If I have heard a more cyberpunk band name, I can’t recall it. And considering that the first song on their album, Ignition/Fade, makes references to Molly Millions and Rikki from Burning Chrome, I was sold. Razorblade Monalisa, despite these accolades, is more appropriately described as a science fiction band, than a cyberpunk band specifically; but so many of their songs have strong references to cyberpunk it is difficult for me to think of them as anything else. The Sacramento, CA based band describes their music as science fiction inspired post punk. Prassa agreed to tell me about the history of Razorblade Monalisa and the inspirations for some of these more cyberpunk influenced songs. 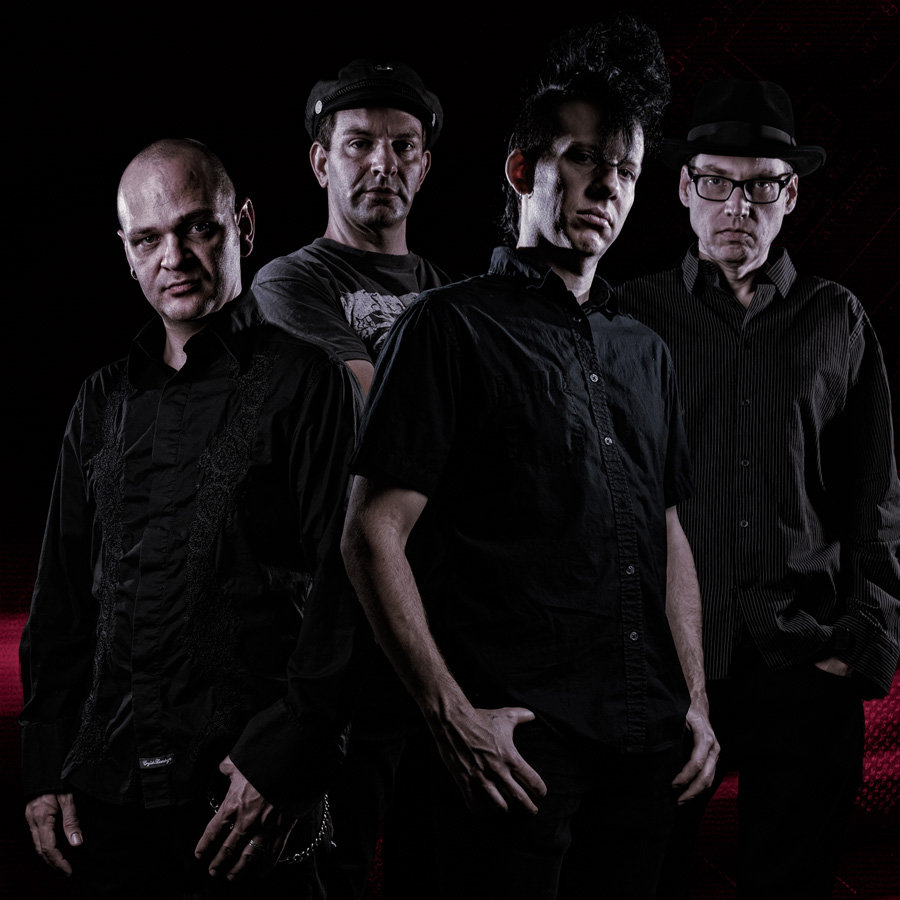 ND: Tell me about the history of Razorblade Monalisa.

Prassa: Jules Alcouffe (guitar/bass) and I met at a gothic dance club back in 2005. He had been without a music project for some time and I had never been in a band despite a long-held desire to do so. I actually got to know his girlfriend (now wife) first, and when she learned I fancied myself a singer, she sort of pushed us together and twisted our arms into starting something. Jules burned me a CD of some instrumental tracks he had, and I put some lyrics to them.

We made some recordings–the EP version of “Eyes” being our very first track–but didn’t really coalesce into a gigging band until we were joined by Josh Sims. Funny enough, we were arguably much more “cyberpunk” in sound during that first incarnation considering we were a singer and two guitarists playing to a drum machine and a pre-recorded synth bass-line.

We were later joined by Kevin Common on drums and Dire Deparra on bass, but we eventually cut Kevin and Josh loose so they could both devote more time and energy to Kevin’s primary project, the Common Men. We’ve remained a four-piece since then, with the current lineup consisting of Ryan Fontana on drums, Will Shelton and Jules rotating guitar and bass duties, and myself.

As you can see, the band has grown and shrunk over the years, but Jules and I have remained consistent members throughout. The other members haven’t been as specifically into cyberpunk as I am–Jules is much more of an old-school Doctor Who fan, for instance–but a general love for all things science fiction and speculative fiction has often informed the direction of the band.

ND: You have a number of songs obviously inspired by cyberpunk media, what cyberpunk have you found the most influential?

Prassa: I was most directly introduced to the cyberpunk genre through RPGs. I suppose that seeing Blade Runner a couple of times as a kid might count, but it wasn’t until I had the original edition of Shadowrun in my hands that I was really aware of it as a separate sub-genre and became hooked. I think that Snow Crash was the first cyberpunk novel I read outside of the licensed Shadowrun fiction and it wasn’t until later in college that I borrowed copies of Gibson’s Burning Chrome and Neuromancer from someone.

Gibson has remained one of my favorite authors and is probably the one I most directly reference in my lyrics. I think his works resonate with me because he’s much more concerned with the cultural and social impact of technologies than the nuts and bolts of how they work. There’s an anecdote about him never having even *seen* a computer in person before writing “Neuromancer”, and I’ve similarly been called “the worst cyberpunk ever” for constantly needing technical support from my childhood friends that went on to get Computer Science degrees and programming jobs.

For me, the most fascinating aspects of the genre aren’t the hackers or any technical ramblings, but the things that push the boundaries of what it means to be human and the dichotomy of technology making us both more and less than human at the same time. I like to use those tropes of cyborgs, androids, and A.I. to convey themes of isolation from the humanity that is both around us and within us. 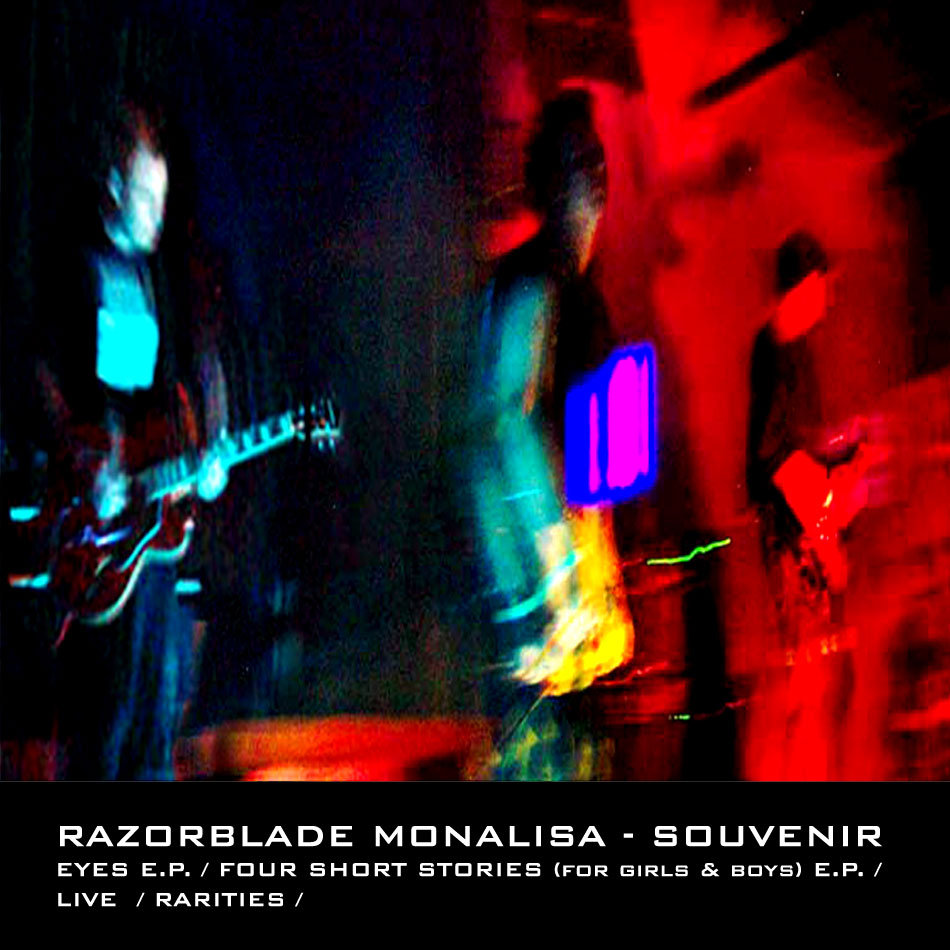 ND: Tell me about the inspiration for the song “Eyes.”

Prassa: “Eyes” contains direct references to both the “Burning Chrome” short story and “Neuromancer”. The inspiration for the song came from parallels I had drawn between Rikki and Molly, the respective female romantic interests–or at least objects of desire–in each story.

In keeping with Gibson’s Noir influences, both women were more femme fatales than passive romantic fodder. They had their own distinct agendas and subsequently disappeared from the male protagonists’ lives at the end of their respective stories. On top of that, they shared the defining physical feature of having–or at least aiming to acquire–cybernetic modifications to their eyes.

The song is essentially one of romantic frustration. The narrator keeps being left by these women with cybernetic eyes, so they decide they should get their own eye enhancements. The implication being that adding a level of cold detachment to how they perceive the world will help them to better “see” and avoid future romantic pitfalls.

ND: Tell me about the inspiration for the song “Remote Self Control.”

Prassa: The song title is sort of an awkward play on words expressing a desire to “switch off” the essentially human parts of oneself in order to avoid emotional pain or worldly distractions. It’s a very cyberpunk song in that it uses the allegory of artificial replacements or enhancements to the body in order to achieve this end.

It draws heavily off of the cyberpunk trope that the more cybernetics one acquires, the more disassociated one becomes from humanity. The difference in the context of the song is that it’s an effect desired by the narrator in order to achieve a sort of hermitage–to become “self-contained” and “solid state” in a state of mechanical perfection and emotional invulnerability.

ND: Tell me about the inspiration for the song “Disconnected” from the Souvenir (Expanded) album.

Prassa: “Disconnected” is almost the flip-side of “Remote”. In it, I used imagery from “Do Androids Dream of Electric Sheep” to describe a sort of social isolation and awkwardness. The android narrator doesn’t “fit in” to human society and doesn’t want to be abused or destroyed as a result, so at its core it’s about being marginalized.

I guess that’s something I find really interesting and powerful about using speculative fiction imagery in lyrics–the metaphors are sometimes so outlandish as to further bury the original intent, leaving the audience to more freely interpret them. In the example of “Disconnected”, the metaphor is general enough that a listener can “plug in” (pun intended) whatever issue makes them feel distanced or outcast, whether it’s sexual/gender identity, race, sub-culture, or something even more personal.

ND: I noticed that “Fall,” was included on an “Eyes” EP, do you consider it cyberpunk as well?

Prassa: No, that one is actually a reference to “The” Fall–Lucifer being cast from Heaven as a sort of allegory for the court of public opinion. I’m still just as much a goth-rocker as I am a cyberpunk.

As I stated above, all kinds of sci-fi and even horror media are used as influences, though. “Redshirts” is obviously informed by “Star Trek” and other episodic stories of space exploration. “Carrousel” uses “Logan’s Run” for it’s central imagery. “Wolves” is a “Dark Tower” reference. The list goes on.

One song that *does* have definite cyberpunk influences that hasn’t been mentioned yet, is “Picture Perfect”. My core inspiration for the lyrics was from watching the movie “Eternal Sunshine of the Spotless Mind” where the protagonists voluntarily subject themselves to minor brain damage in order to completely forget their failed relationship and the pain associated with it. The story may not be futuristic–it’s essentially magical realism, I would say–but the themes of memory manipulation are very cyberpunk. Most specifically, I saw definite parallels in theme with Gibson’s short story “Johnny Mnemonic” since the titular Johnny became a data courier by sacrificing parts of his memory that he either thought he could do without, or maybe actively wanted to forget. The core moral in both stories is that even our most painful experiences are part of who we are, and I try to dovetail that into a single narrative in “Picture Perfect”.

Razorblade Monalisa is a rare treat; cyberpunk music that is actually punk. If you have an opportunity to see Razorblade Monalisa live, I highly recommend it. Prassa brings an incredible amount of energy to the stage. Audience participation is amped up as he steps into the crowd to rile up the energy of the crowd itself. As he finishes a set, Prassa collapses to his knees as well earned sweat drips down his face. The show is over. Of course, the show isn’t really over. It simply moves to a well hidden bar and the party goes on until the early hours of the morning. As is the life of a Rockerboy.

You can find all of Razorblade Monalisa’s music on Bandcamp.

Written by Isaac L. Wheeler (Veritas)
Veritas is a cyberpunk and writer who enjoys all aspects of the cyberpunk genre and subculture. He also journeys deeply into the recesses of the dissonance exploring his nihilistic existence. If you'd like to contact Isaac L. Wheeler (Veritas), the founder and editor-in-chief of Neon Dystopia, you can do so here: ilwheeler.founder@neondystopia.com
Previous ArticleHardwired is Classic Cyberpunk at its BestNext ArticleAnnouncement: Neon Dystopia’s Online Store Now Open!
You May Also Like 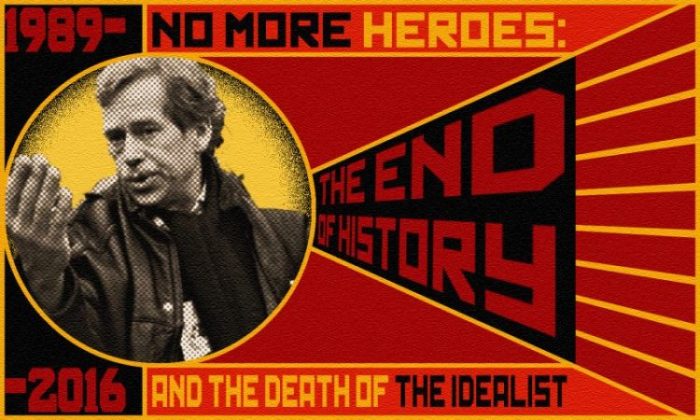 No More Heroes: The End of History and the Death of the Idealist
July 14, 2016