“Press play,” says a youthful digital voice. A VST choir begins to sing. A gentle melody chimes. This is our introduction to James Ferraro’s Human Story 3, a “dialectic on the discord between technological advancement, human folly and human progress” (in his own words). Ferraro has been doing the rounds for some years now, operating somewhere in the space between noise, electronics, ambient and avant-garde music. He has been linked with the development of styles such as vaporwave, been a darling in the indie-noise scene, and more. In fact, it’s not even known how many releases he has out there due to the amount of pseudonyms he has employed. On HS3, Ferraro uses a more orchestral direction. The album is composition heavy – you may even wish to dub it orchestral. It’s his own take on modern classical, with the occasional jazzy moments, and glitchy flutter to remind us that we are living in a digital age. 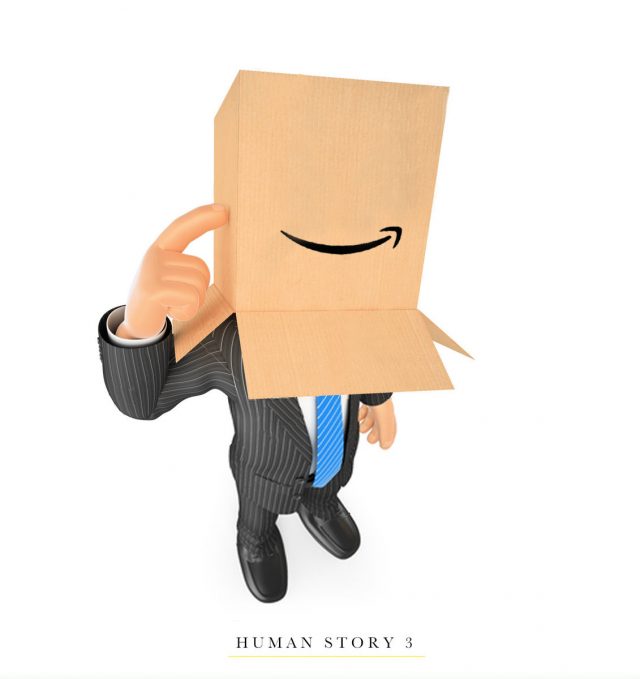 GPS… Starbucks… Ikea… Yoga… Lattes…. Buy now, pay later…, all phrases you will hear uttered throughout the album by our sexless digital teenage tour guide, who acts as both narrator and philosopher on our journey through the streets of contemporary society. This is an exercise in mass media and consumption, the development of AI, millennials, and the transhuman. It’s a whistle-stop tour where every pause is for product placement and additive-heavy, mass-produced goods, all delivered with a trademark and legal disclaimer.

Musically, HS3 may cause some readers of Neon Dystopia to question its inclusion. After all, it’s a leap away from familiarity and expectation. This is a warm springtime listen, laden with orchestral swell, the plucking of digital (or sampled) strings. While listening, my girlfriend entered the room and asked “what is this shit? It sounds like future Disney.” She has a point. It is pure modern symphonic music, less about hooks and familiar structures, and more an exploration of sounds avenues.

It is most definitely not what many would define as a cyberpunk album. But I shall counter with this – Should what constitutes cyberpunk music be decided by leather jacket and mirrorshade tropes, or by thematic approaches? While HS3 ruminates on the present, it frames it within the realms of cyberpunk. It is progressive in its approach, perhaps even subversive in its fusion of composition and what more or less amounts to advertising through statements and buzzwords. I firmly believe that we should be moving away from what is expected. Rather than being trapped in the tropes of yesteryears vision of the future, we should be embracing music in the way we do other forms of cyberpunk and post-cyberpunk media.

So I shall leave you with this. Once the tour ends and our digital guide disappears into the ether, we’re left with the hyperreality of blurring metanarratives, capitalism-as-religion and a no-hope nihilist future. Just how many updates away from our original are we? Can we even comprehend being in a world where the millennial parent is not flesh but capital? Where meals consist of product consumption and amassing profit is a fingerhold for ascending towards the big golden gated McDonalds in the sky? 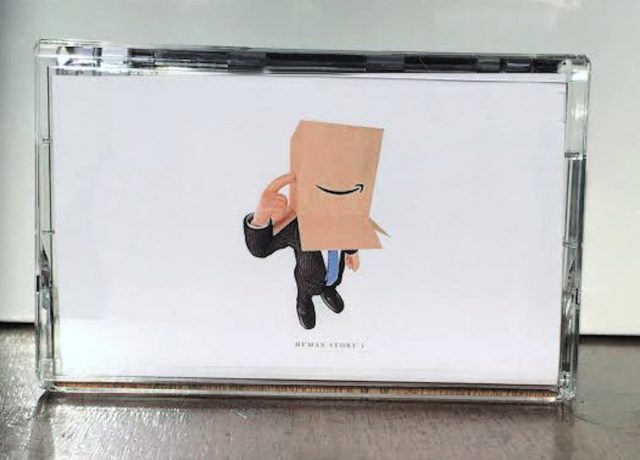 Human Story 3 is available now as a digital download and cassette here.

Written by Christopher Towlyn
Scribbler of words. Thinker of things. Unintentional lucid dreamer. Chaotic good. @ThatPeskyTowlyn
Previous ArticlePower Glove Ultra, The Street Finds It’s Own Use For ThingsNext ArticleLast Week in Cyberpunk
You May Also Like