Cyberpunk is intrinsically linked with electronic music and synth experimentation. For a movement so interwoven with digital tropes and hyper-technologies it makes a lot of sense. Sometimes, however, you really crave some rocking guitars in your life, and California’s Erase Negate Delete bring just them to the table. 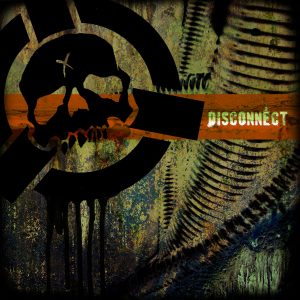 The three tracks on the Disconnect EP fuse classic industrial rock with the commercial end of 90’s and 00’s punk and alternative rock. The results, a focused punch of digital horrorpunk, may fall short of spectacular, but it’s a sound foundation that’s bolstered by strong songwriting.

The hooks lean heavily on the alt-rock aspects, fusing moody melodies and easily digestible statements: ‘Smash Everything to Pieces’ chorus refrain (of precisely those words) takes a single rotation to be remembered. The punk elements, realised in the galloping Epitaph Records drum beat and buzzsaw guitars, pepper the tracks with suitable urgency. The fusion of the industrial and electronic elements blend well with the more guitar-based aspects, and the use of programmed drums playing those punk beats works well. The squelch and blips behind the riffs don’t feel out of place, neither awkward nor overbearing – it’s a cohesive mix that is confidently delivered. The fact they can retain consistency on sparser sections is testament to that. 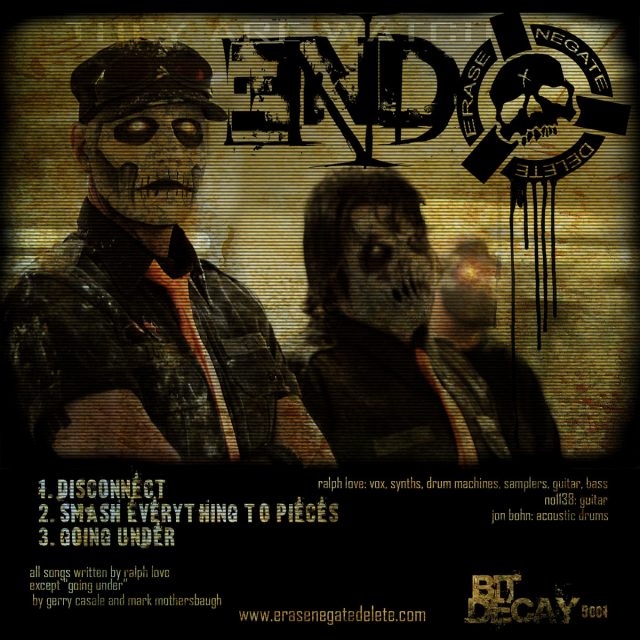 END aren’t just about the music. There is a strong aesthetic running through the imagery: weighty use of blacks and oranges in both art design and stage costume, skull facepaint and masks. It’s heavily branded and conceptual, but perhaps feels a little dated in lieu of current trends. Lyrically, END deal with themes of alienation and fighting the system you might expect from a band of this ilk. It’s nothing new, but as the soundtrack for disenfranchised youth trapped within the digital hell of capitalism, who cares?

Overall, ‘Disconnect’ is a solid if pedestrian listen. It might not push any boundaries, but it knows what it’s doing and it does it well. It’s music for action films where leather-clad leads gun down gangers in slo-mo, and Trent Reznor gueststars as a strung-out hacker. If dark dystopian alternative and industrial pounding are your thing, then this is a release for you.

Disconnect is available now. You can pick it up digitally or on CD here.