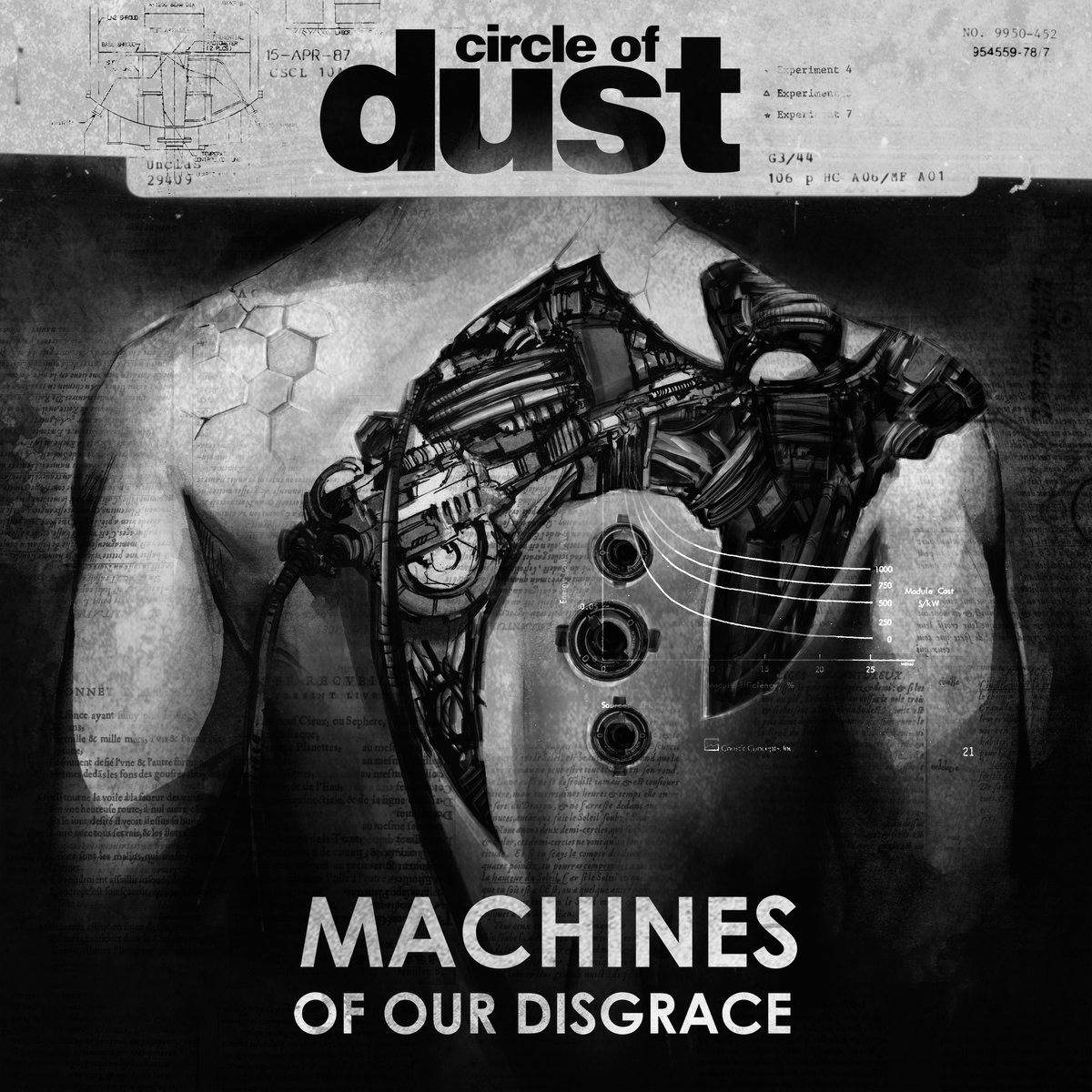 It’s December, but you wouldn’t know it by the light of the screen. Instead you’re indoors with a UV lamp and a dying monitor trying to coax out the words on your screen: Cyberpunk Music Dossier, December 2016. 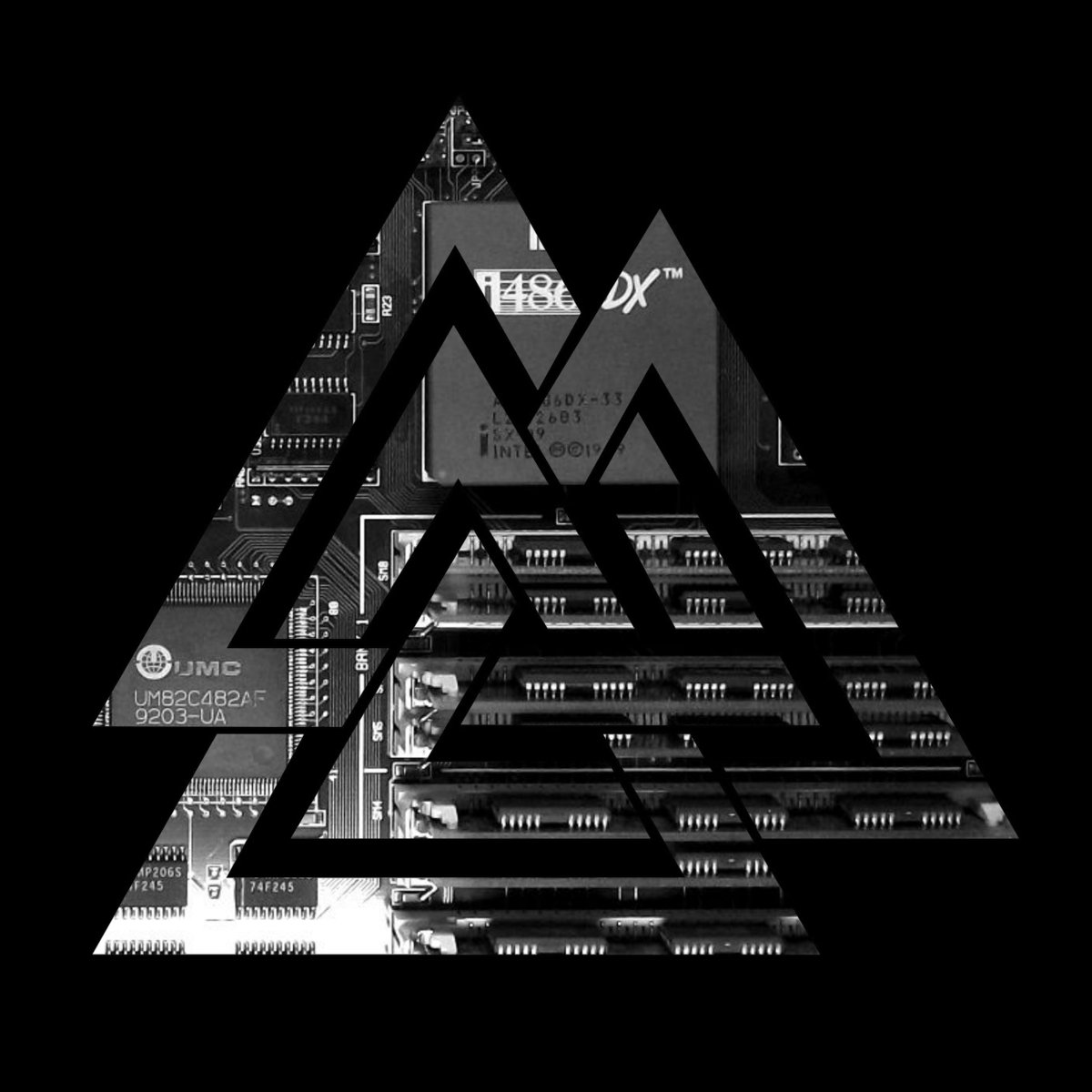 Master Boot Record is a word sequence close to my own heart. Before GUID Partition Table there was MBR; the first word in loading the contents of the hard disk drive. Master Boot Record, the artist, channels the spirit of later 80s IBM-compatible computing and Commodore Amiga demo culture to revive those old digital ghosts. Song titles like DEVICE=HIMEM.SYS and +000hex are incantations from my early years of tinkering with computers in the same way that Master Boot Record’s limited palette of synth takes me back to a trickle of pirated software fronted with 64KB of demo scene sights and sounds.

Located somewhere in Rome, Italy, Master Boot Record had a prolific start on Bandcamp, releasing four albums in the month of September before disappearing into the ether. Further investigations lead me to an album released even early in the year under a different psueodnym – Victor Love – where the genesis of Master Boot Record can be clearly seen. The chosen sample for your auditory delight and engagement of your limbic system is not an original tune. Master Boot Record has reincarnated the theme of an old Amiga classic; Flashback. 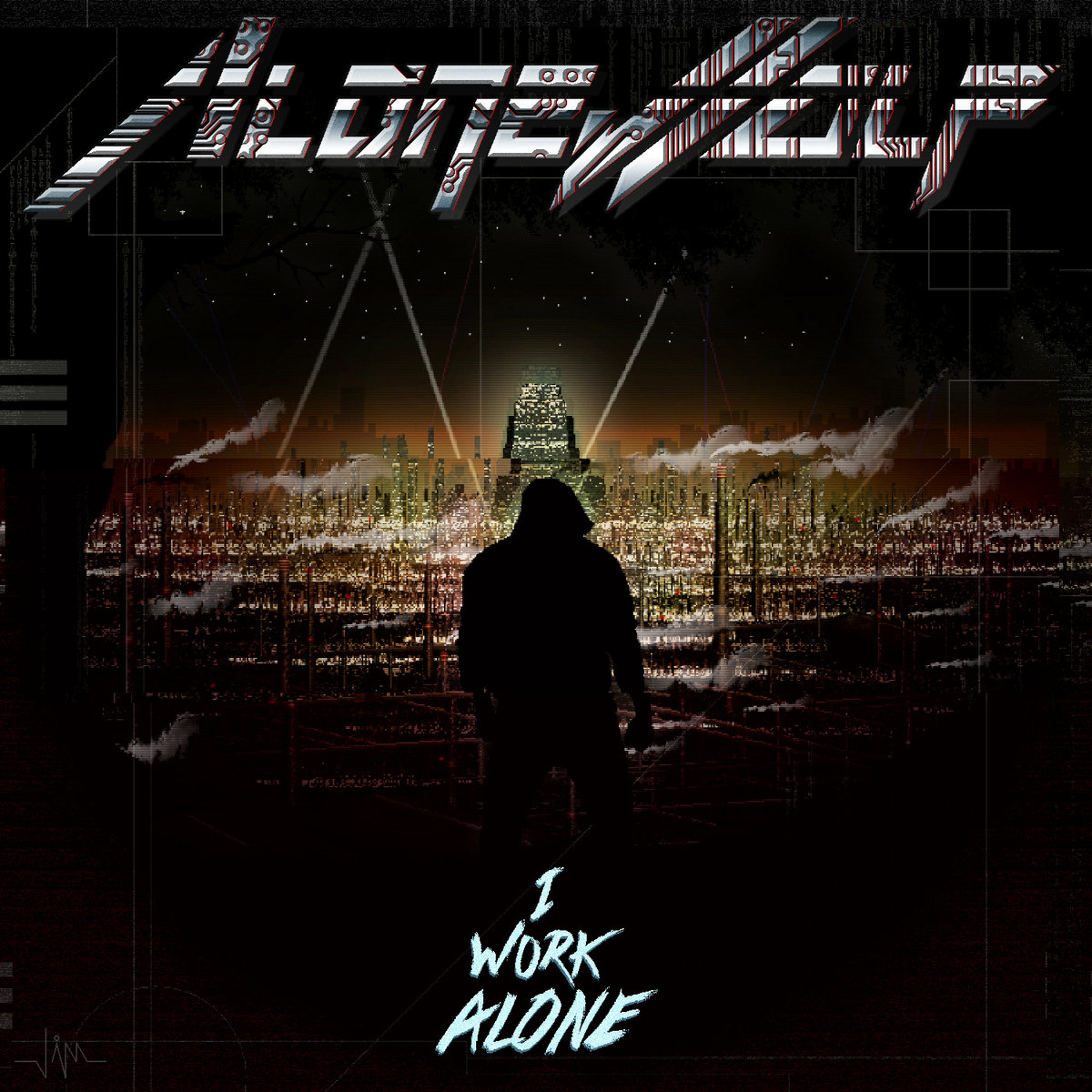 Putting any discussion of wordplay to one side, I Work Alone is the most recent release from UK artist Alone Wolf. It’s been two years since Alone Wolf’s last EP release from somewhere in the rural desolation of Cornwall. A short mention ought to be given the to cover art before discussing the EP itself; it’s another piece by the talented Jim Synth, responsible for last month’s Tommy ‘86 cover. Alone Wolf has very clearly made a statement of intent even before the opening bars are played; they’re taking this seriously.

I Work Alone is, to my ears, a soundtrack album. The product is a soundscape, intended for headphones and closed eyes. My frustration in trying to describe this album is that while I can describe it objectively that wouldn’t give you, gentle reader, a sense of what you’re in for beyond the technical. If I describe it to you subjectively you may find yourself disagreeing with my assessment. On technical merit I Work Alone ought to stand out from other soundtrack / soundscape albums, but its core concept – a sparse delivery – means that it isn’t made to stand out. Play it regardless of what I think. Leave your thoughts in the comments. Shout into the electronic void.

Circle of Dust – Machines of Our Disgrace

We’re jumping the gun here, but once you give the preview tracks of Machines of Our Disgrace a listen you’ll understand why we couldn’t wait to bring this to your attention. Regular readers with enhanced search-and-retrieval routines will have already recognized that Circle of Dust is another limb of Klayton’s machine. The same Klayton from Celldweller and Scandroid and Outland Industries.

Since I’ve only had a small sample to listen to I can’t offer a whole-album perspective, but what I can say is that this is an update to the classic sound of 90s industrial metal; KMFDM and Fear Factory and Circle of Dust come around again. Reviving an old sound can be a tricky proposition as any bygone musical movement tends to disappear into self-referencing circle that shrinks as bands and audiences move on to different sounds. Machines of Our Disgrace has enough old parts that just like Theseus’ Boat it has the structure of the old sound, but two decades of technological progress have provided the technology to create new parts and new sounds. The old sound is new again, and Machines of Our Disgrace is a revival 90s industrial, moving as though factory fresh again. Roll on the 9th of December! 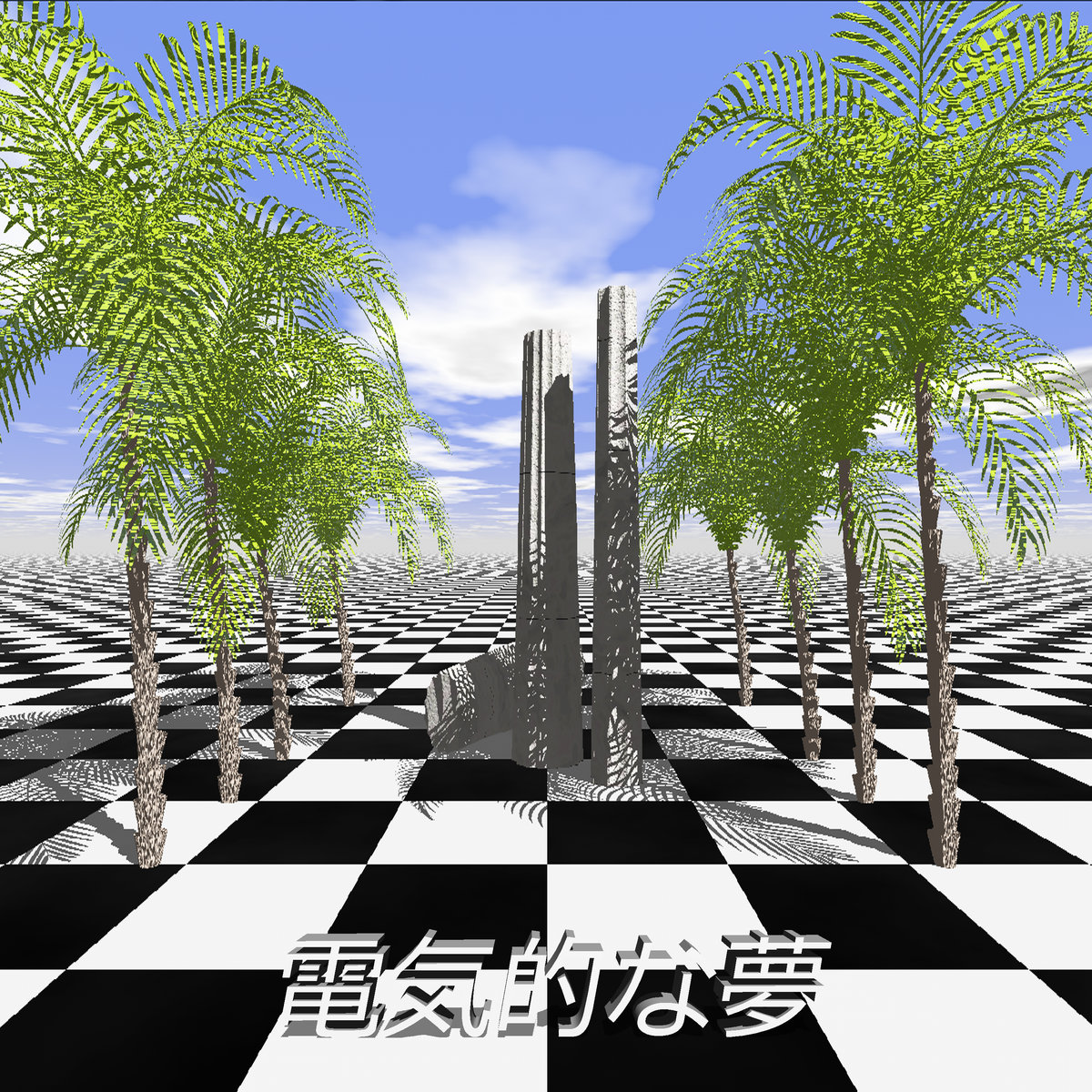 In theme with my jumping of the gun, here’s another release that’s not slated for arrival until April 20th, 2033. Quite how Electric Dreams has brought this back through time for us to enjoy with our antiquated technology will remain, for me, a mystery. There may be a mall in the future that’s lost its consumer lullaby, where shoppers are staring at each other instead of the products on display, filled with a low drone of worried whispers.

I described this album to fellow Neon Dystopia contributor Chris Tolwyn as ” v a p o r w a v e   a s   f * c k ” and when I gave this a second listen through I was just as lost as I was the first time around. If music can invoke an emotion then I’m very much lost in a mall of the future. The vaporwave problem is that it can be difficult to determine intentionality. Case in point is the song Hotline Dialler. Are we referencing BBS systems and 28.8k modems, or are we winking at Hotline Miami and painting with musical pastels? Nevertheless, coming back again to my comments on objectivity and subjectivity I had a grand time listening to this. It may do nothing for you, but it’s hard to beat a price tag like ‘Name Your Own Price. 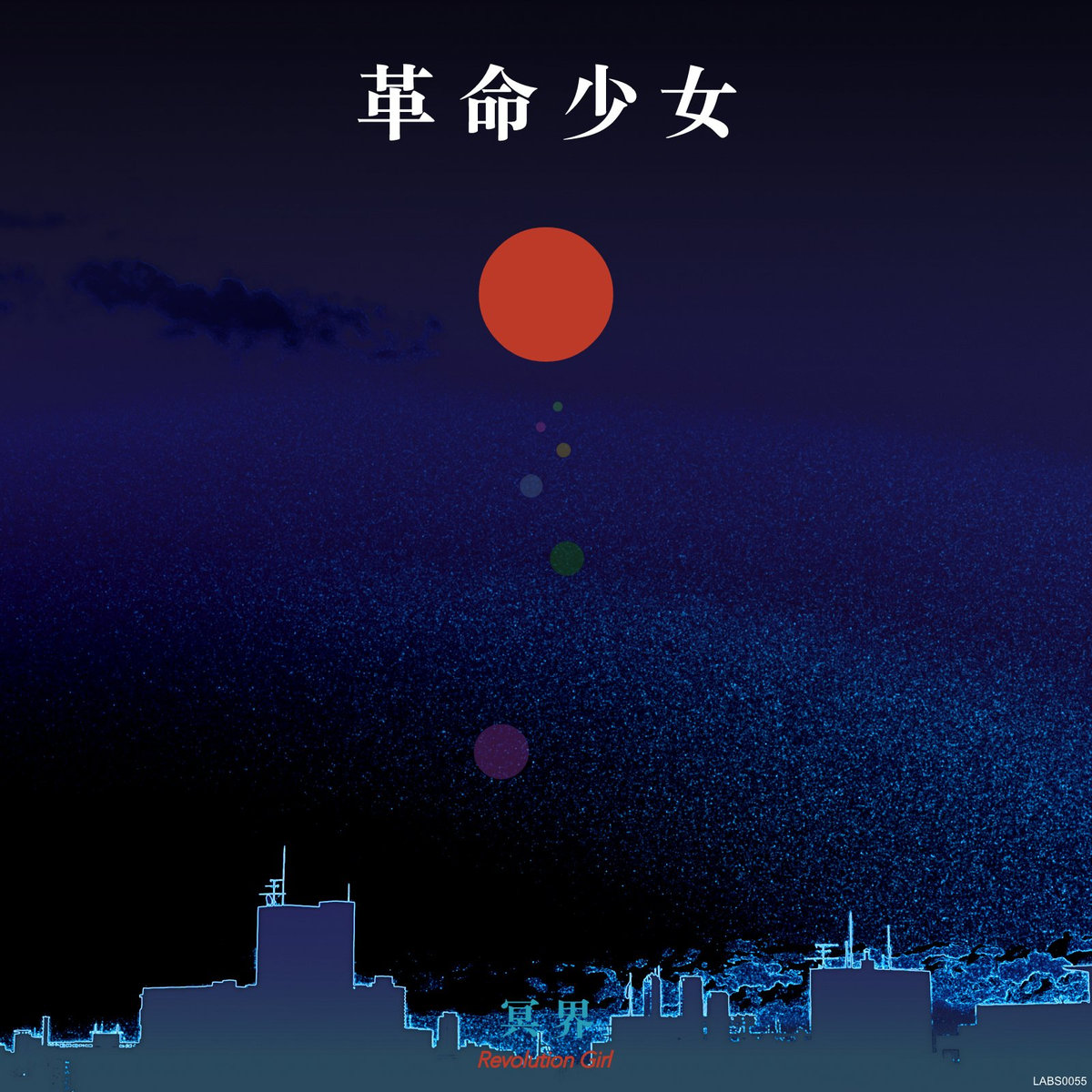 While we’re talking about Vaporwave how about we give a few moments of our time over to a submission via electronic message: Underworld by Japanese artists Revolutionary Girl. It’s a short EP; barely breaking the ten minute mark with two songs titled “Underworld” and “Urban Space”. Think dreamtime aesthetics where you slowly realize it’s someone else’s dream, only it’s not someone else. It’s something else. You’re existing in a gap between stages of processing and that the final stage is soon to come. 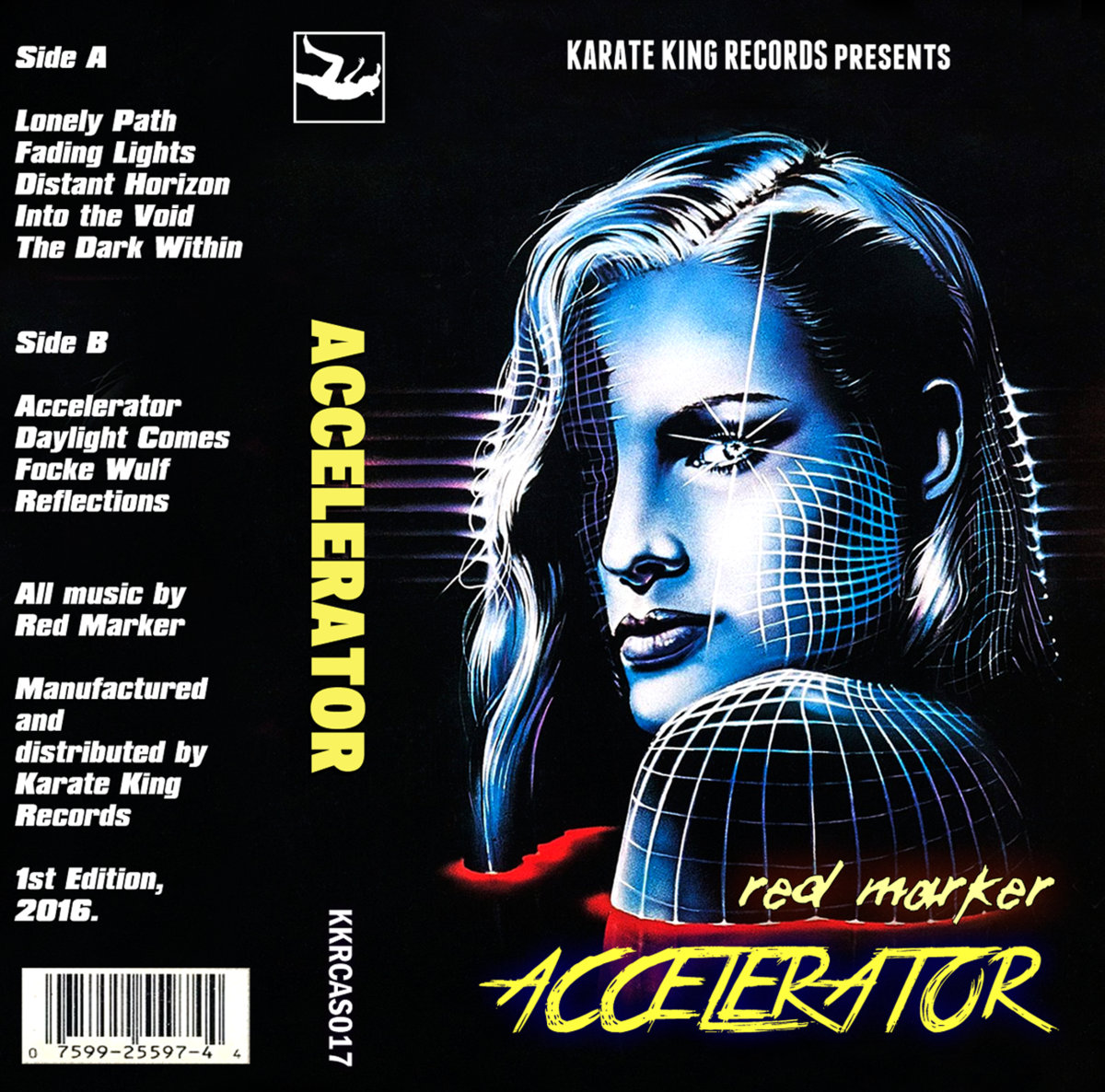 Red Marker’s Accelerator should, in hindsight, have been in the Halloween-themed Cyberpunk Music Dossier of last month. The album drips with darksynth and horror movie styling. While that alone isn’t enough to fit an album into the fairly broad church that is cyberpunk music suitable for the Dossier I’ll mention that Karate King Records is also the home of artists such as Stilz, TCR, and VHS Dreams. When you buy tapes from them you buy them hand-produced with a note written by a real human being, working old school tape recording equipment hooked up to high tech. KKR is street-level, and Red Marker is running tapes back and forth through the night.

The obvious pedigree for Accelerator is a blending of retrowave and trance. I can’t profess any sort of objectivity when it comes to retrowave; it has been a consistent part of the soundtrack to my life over the last eighteen months. Fortunately, this frequent exposure means that I can sense a bad album or a phoned-in effort the way that the street can sense an informer, and Accelerator passes the test. Solid drumlines underly high-line synth leads and arpeggios abound. Give Fading Lights a listen if you’re waiting to make up your mind, and as always with music from the scene, throw down the dollars if you like what you hear. 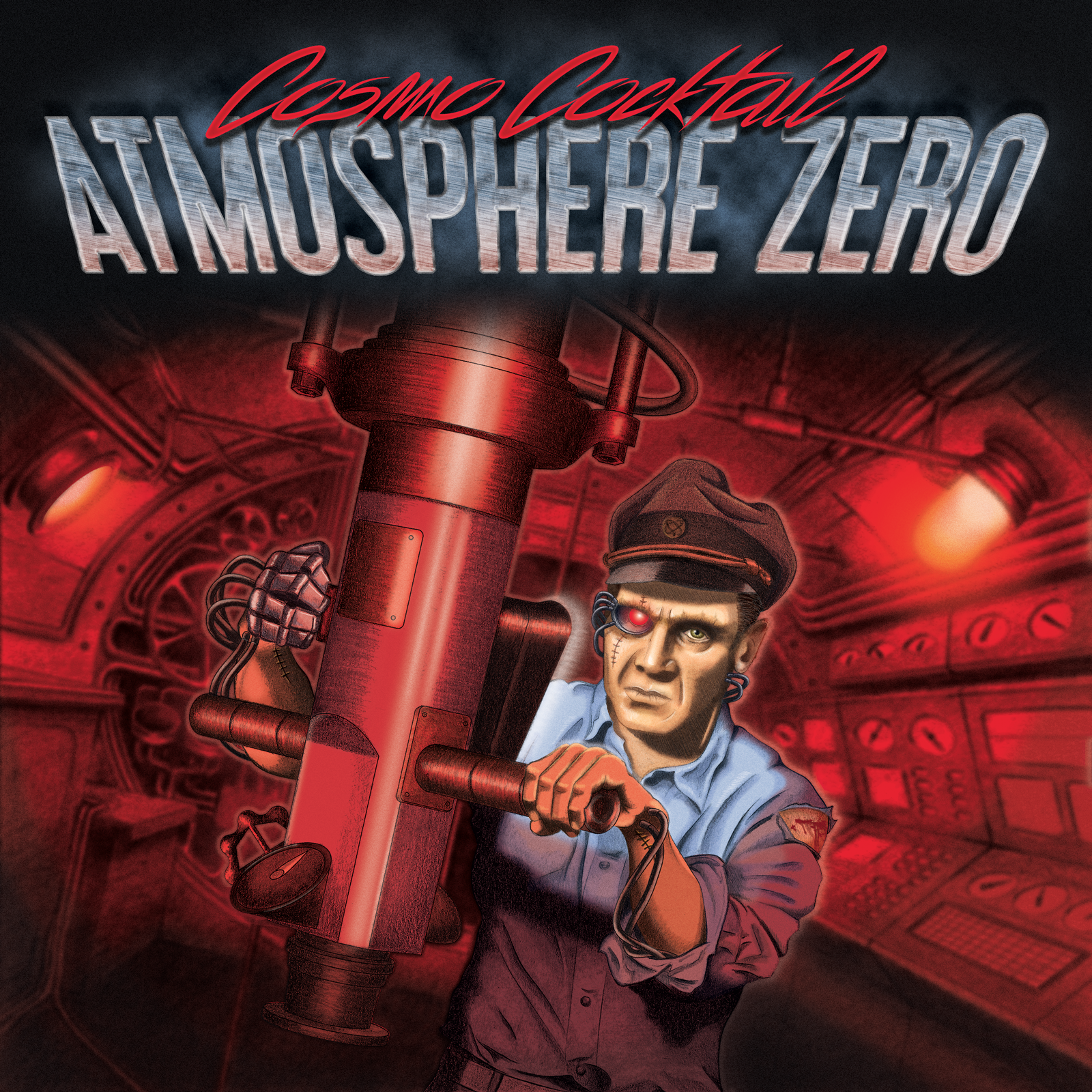 Veritas and I speak infrequently. Not because we don’t like each other, but because the more we communicate the more traces that could lead to his location being discovered there are. You’re only one poorly-erased log file away from discovery right? That’s why I was surprised when he interrupted my monthly report to reveal his latest heist; an early copy of the Atmosphere Zero EP from Cosmo Cocktail, due to be released on Werkstatt Recordings on the 18th of December – right when I’m due to be in Berlin. Veritas must know my schedule better than I do!

The Atmosphere Zero EP hits notes of old 70s Italo Space Disco records. Reverb-heavy robot voices serve up lyrics that only crude cyberware can still reformat for human brains to understand. The synth lines fight each other like tangled wind chimes. The drums shudder under the slam of foot pedals, carrying that old shallow-but-loud sound of ‘wet’ drums that was popular decades ago. I’m very much on a first impression with this as it came through during the writing of this article but there’s room in my playlist for at least a second go with this EP. 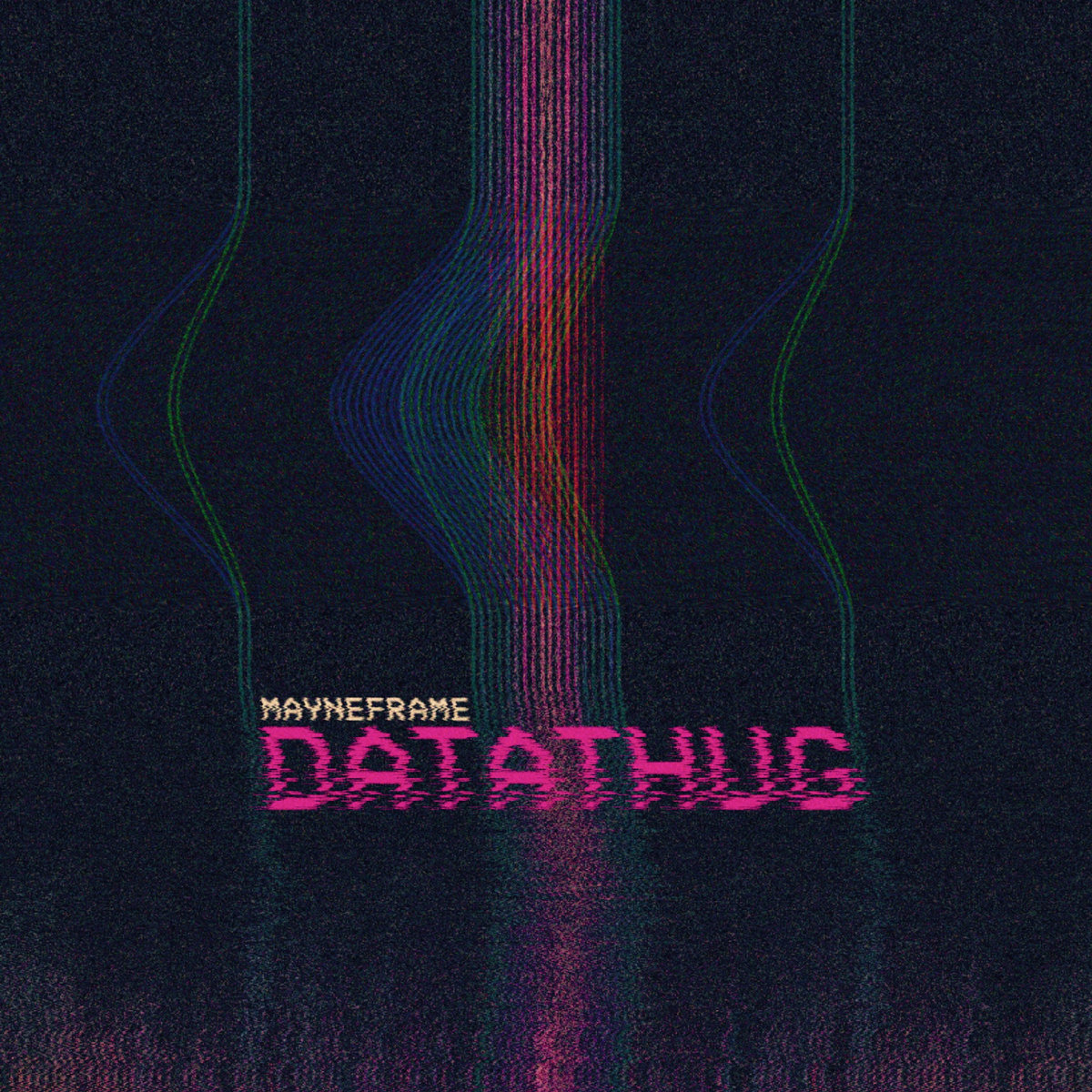 After last month’s darksynth banquet this dossier has leaned hard towards minimal presentation. Our final selection is a stripped-back output that sounds like a call from an abandoned IBM System 7360 with a failing battery backup and a low-baud modem communicating with you over X.25 to cry for help. Digital sounds and a dose of Philip Glass provide the soundtrack to your dive into the world of virtual telnet in Mayneframe’s world where a drumline is just a speaker pop, and a melody the hum of coil whine.

I didn’t discern a narrative, either in a traditional sense of storytelling or through progression of auditory themes, but then I don’t have the best educated ears in the business. I did, however, note the desire to push the boundaries. Datathug is an experiment that mostly succeeds in spite of not always being comfortable listening. I doubt I’d have the endurance to listen to a full length release, and while this has come off as a somewhat negative conclusion it’s important to take the time to appreciate the different musical voices that ascribe to cyberpunk. The comfort we take for granted in our art and music can become stagnation all too easily.

How was that for you? Will that keep you going until the new year ticks over and we circle the event horizon that takes us all in time? If you’re looking for immortality I’m afraid the technology just isn’t there yet – not even when you’ve got Neon Dystopia’s connections – but your art might outlive you. If we missed anything, well, we’re only human! Hit us up in the comments below to see your name in lights!

Written by Bill Ryker
Bill Ryker is sat in a cubicle farm, bathed by artificial lighting. His corporate enslavement involves waiting for his role to be either outsourced or automated. In order to keep him docile, Bill is permitted the use of headphones while at work. His corporate masters have not realised their mistake.
Previous ArticleWestworld Ends Our Suffering, Delivers a MessageNext ArticleSan Junipero: Science Evangelism and the Promise of Heaven
You May Also Like