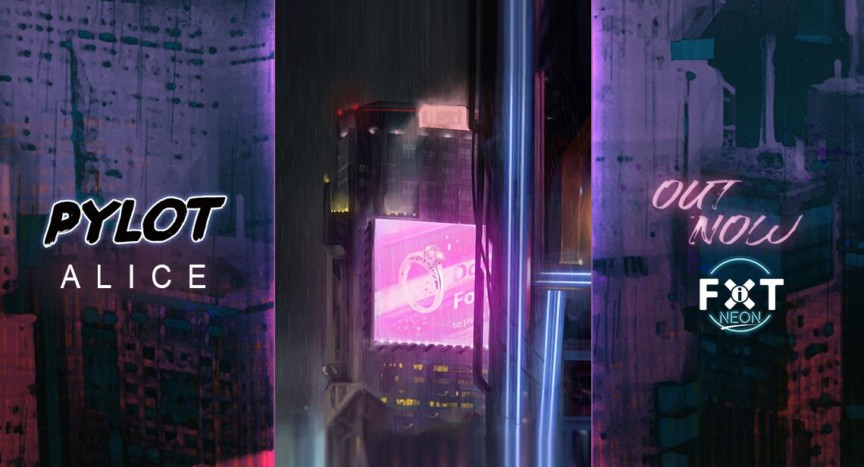 Great news for synthwave fans: indie label FiXT Neon has just given Neon Dystopia the honor of showcasing the first single off Pylot’s upcoming EP. Clean our those earholes of yours and fill them back up with a healthy dose of retro guitars and synths, just as the back-alley cyberdoc prescribed.

Solai’s lead-off single, “Alice” perfectly embodies the diversity and complexity of PYLOT’s music. Opening with attractively nostalgic synth tones, the song breaks into a classic synthwave rhythm laced with electric guitar and chime-like synth melodies for a satisfying blend of instruments and songwriting styles. As a standalone track, “Alice” fully represents PYLOT’s intuitive mastery of the synthwave genre, and as an introduction to the Solai EP, it promises great things to come.

Personally, I’m more of a filthy cas’ when it comes to listening to synthwave. However, I can’t deny that I was drawn in by “Alice”’s opening chords: clean, but glitching here and there, just how I like it. Pylot then digs into the real meat of the melody, layering thrumming synths and soaring guitars over an electronic drumbeat. While the melody is a bit bright, it does really scratch that itch for the early days of cyberpunk, hearkening back to the sounds of Bubblegum Crisis, The Terminator, and Cyber City Oedo 808. Progression in “Alice” is handled with care, building slowly and satisfyingly, which makes for an entertaining listen until the final synth riff fades. Whatever this mad genius you’re feeding us is made of, Pylot, keep it coming.