The music of Level -1 is cyberpunk inspired 80s style synth. It wouldn’t seem out of place in an 80s science fiction video game or a retro-style cyberpunk game today. The VR Trilogy, comprised of VR Dystopia, VR Revolution, and VR Apocalypse, is a great series of albums which leaves us excited to see what comes next from this synth band. They were gracious enough to agree to an interview about thier work.

ND: Thank you for agreeing to do this interview. What inspired the name LeveL -1?

LeveL -1: First, we like to thank YOU for inviting us to this interview! Years ago, we did some progressive rock/metal music (under the name “rubedo”) but we weren’t really satisfied with it. So in 2012, we decided to do some chip/8-bit influenced music ’cause we both are into oldschool consoles (c64, atari 2600, amiga 500/but also sega, nintendo, etc.) and had a strong affinity for the OSTs.

All in all, we were quite happy about our development but hadn’t a band name. One day, we remembered the game-glitch on mario for the NES, where you are trapped in a level that goes on and on and on and has no ending – that’s “level -1”. So, we basically thought it would be a cool name and a nice analogy for – let’s hope – “a never ending story”, haha ;).

Afterwards in 2015 we evolved with our music and wanted to combine it with 80s-based synthwave/retrowave/cyberpunk-
esque/industrial music.

ND: The names KaMui and Kazuu are obviously aliases. What inspired you to choose those names?

KaMui: Back in the days, it was a nickname that I chose because I was a big fan of the X/1999 series and the name of the protagonist has some equivalent meaning to my real name Ingo (spiritual half divinity).  But for me personally it is now “just” an alias for being an artist.

Kazuu: I used to listen to A LOT of J-Rock. So, i came across that name. I really liked the Hiragana-Signs and the sound of the name. Well, and now – 9 years later – my friends still call me “Kazuu”. 🙂

ND: Who/what do you see as your musical influences?

All in all we try to fuse a bit from everything but actually we make our own sceneries and then write the music or vice versa. It depends on the specific moment and arragement that we have in our mind. So we try to be flexible with our compositions.

ND: Your VR trilogy seems to have heavy cyberpunk themes. Specific ones I noticed were Bubblegum Crisis and Blade Runner. What are your favorite cyberpunk media, and how have they influenced you?

LeveL -1: In general: movies, art, games and music – it is definitely our era, ’cause we also rose up with that. So, it has its nostalgic aspect for us.

We both are thoroughly 80s  – early 90s fans (especially when it comes to the whole cyberpunk- anime scene)
So, we try to catch the feeling in our songs.

ND: The art that Lin Larson has provided for your albums is amazing. What was the process for developing the album art?

LeveL -1: Oh yes, she is definitely an amazing artist! 🙂

Well, the first cover for “VR Dystopia” was a random choice from her pic-library. We asked if we could use it for our first EP and she agreed.

The second one for “VR Revolution” was more planned. We threw some ideas in but she made the whole setting.

For the final installment “VR Apocalypse” we had concrete ideas to arrange everything. It should represent the final battle with the “king of rust” – but also make some hints to various songs on the album (e.g. the “STRIP” illuminated advertising for “Iron-to-Lust”).

ND: Virtual Reality is the major theme for the VR Trilogy, it’s all in the name. How do you imagine the future of VR?

LeveL -1: What we are actually tryin’ to create is a fictive dystopian-cyberpunkish setting. We are doing it because we are passionate about the art, the raw and rough installations and the aesthetic background captured in our music.

Well, in real life – to to be honest – there are some interesting and scary  facts that are happening right now and we are currently livin’ it. Especially when it comes to the internet and massmedia as a propaganda-tool for spreading terrorism. Or for example the deep web that is predominantly known for being a source of evil nature. The fast progress of high-technology can be the blessings as well as a curse for us human beings.

Bottom line: the future of VR has its pros and cons. We just have to learn to use it responsible-minded.

ND: Is there anything you’d like to add that I haven’t covered?

LeveL -1: Yes, we really want to thank all our fans and the whole synthwave/retrowave/cyberpunk community for supporting us.
YOU ARE THE BEST! 🙂

LeveL -1: And thank you for supporting us! We hope to keep in touch with you guys. And maybe we can do a second interview. 🙂

You can find LeveL -1’s music on Bandcamp, Soundcloud, ReverbNation, and YouTube.

Written by Isaac L. Wheeler (Veritas)
Veritas is a cyberpunk and writer who enjoys all aspects of the cyberpunk genre and subculture. He also journeys deeply into the recesses of the dissonance exploring his nihilistic existence. If you'd like to contact Isaac L. Wheeler (Veritas), the founder and editor-in-chief of Neon Dystopia, you can do so here: ilwheeler.founder@neondystopia.com
Previous ArticleRepublique Review [8/10]Next ArticleCyberpunk Short Temple Hints at Things to Come
You May Also Like 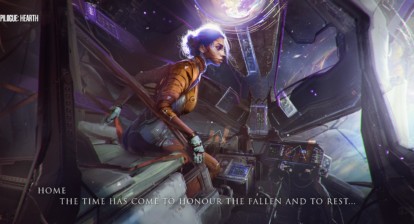