Many of us understand that with George Lucas’ Star Wars, SF became Hollywood’s new thing, and was something that roused commonly accepted tropes of the stagnant genre of the time. SF could be dirty. SF could be fantastical. SF didn’t have to conform. During the 60’s and 70’s, science fiction (SF) was a genre clearly understood as something made for pure spectacle. Though important SF novels have been written previously, film-wise SF was stuck in its operatic and anthological mode. I mean no disrespect, myself a consumer of both, but on a cultural consensus, SF was something to toy with as opposed to being a genre that challenged viewers, or stoke the flames of ingenuity. And then there was Ridley Scott’s Blade Runner. And critically and commercially, it stunk.

Reviewer Pat Berman slammed Blade Runner, calling it ‘SF pornography… all sensation and no heart’ (Berman, P 1982), and Janet Maslin writing for the New York Times called it ‘muddled…gruesome…a mess’ (Maslin, J 1982). The audience was also rendered indifferent, syndicated columnist Marilyn Beck wrote that the glut of pictures dumped on the marketplace resulted in many movies not finding an audience (Beck in Sammon, P 2007,  pp. 316), unless you were the feel-good summer flick of ‘82–E.T. the Extraterrestrial. Jeff Simon in The Buffalo News cautioned that ‘if you demand interest, pace, human feelings, [then] Blade Runner is, as my daughter succinctly put it, “boring”’ (Simon in Sammon, P 2007,  pp. 317).

Boring? Gruesome? No heart? This is the same Blade Runner I worshipped when I was younger, right? For me, Blade Runner was a breath of fresh (or toxic if we’re to use Blade Runner’s atmosphere) air for the SF. It was dark, moody, miserable and misanthropic. Humans were established as uncaring sacks of meat, whilst the unliving replicants are portrayed as more human than the humans. It adhered to an older style of storytelling typical to Noir films whilst also depicting the future with its checklist of flying cars, androids, spaceships and monolithic corporate hegemony. Blade Runner marked the turning point of SF film. The pinnacle of brilliance in an unappreciative era. Akin to Star Wars, there was nothing quite like it. And that was the point, there was nothing quite like it.

It is, unfortunately, understandable, why the average viewer could not grasp its brilliance; it suffered from being too different. Blade Runner is both a frightening and challenging film. It dissected dichotomies such as human/inhuman, god/man, and questioned one of SF’s intrinsic questions; what does it mean to be human? It is a heavy, and sombre, full of illusory symbols and Vangelis’ stunning, melancholic soundtrack.

There were, of course, some viewers that could intellectually respect the film, one being reader J.P. Byrd in People magazine:

‘Your review of Blade Runner was unfair to both the director and actors…Ford gave his character depth and intelligence, two qualities your reviewer missed. Blade Runner will no doubt end up as a cult movie. Its one error was to present too much for the average viewer.’

Though Byrd’s statement is stirring (he is now my personal hero) the film remained niche until viewers simultaneously gorged Blade Runner on both VHS tapes and cable networks. A new publication titled Cityspeak emerged, containing articles, short stories, and letters prolonged this nascent Blade Runner cult, and it was during this time that our beloved cyberpunk took off; a genre firmly rooted in anxieties of complex social structures, scientific landscapes and decaying, decrepit mausoleum-like buildings; the stuff of Blade Runner legend. It is difficult to find something that has not been influenced by Scott’s masterpiece, and far more difficult to find a SF enthusiast that does not repeatedly watch the film, even though it nears its thirty-fifth birthday. 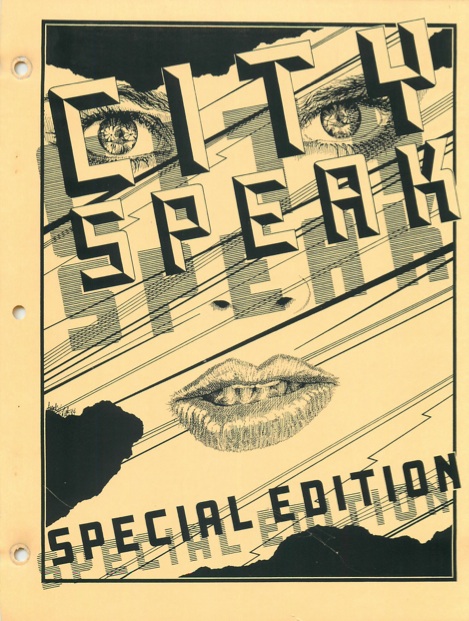 “Bounty hunters, bad architecture, off-worlders, androids, and sushi… Fiction, poetry, comics and art based on Bladerunner.” From a 1992 ad in Zine Scene. Art by Frank Liltz. 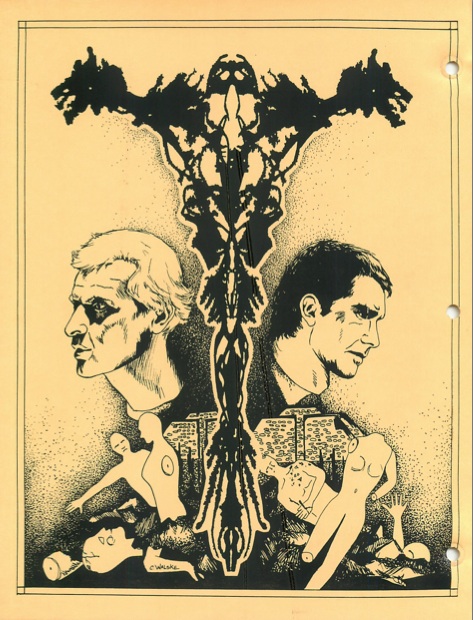 Back cover by Carol Walske.

Blade Runner has changed the world because it was the film that changed the cultural consensus on serious SF film. Blade Runner is the reason we expect greatness from SF, cyberpunk and every other vein spouting from the bulbous mass of genre. It has impregnated creatives like myself, and still, in the 2010’s, holds up thematically, especially as we near the singularity. Blade Runner, as mentioned before, is challenging, dark and decrepit–everything we cyberpunks need to thank Scott for.