Endless reboots and hardware swaps, still deleted files have an impression in Westworld. New faces emerge as chaos brews, and old players just want to know how to enter the maze. 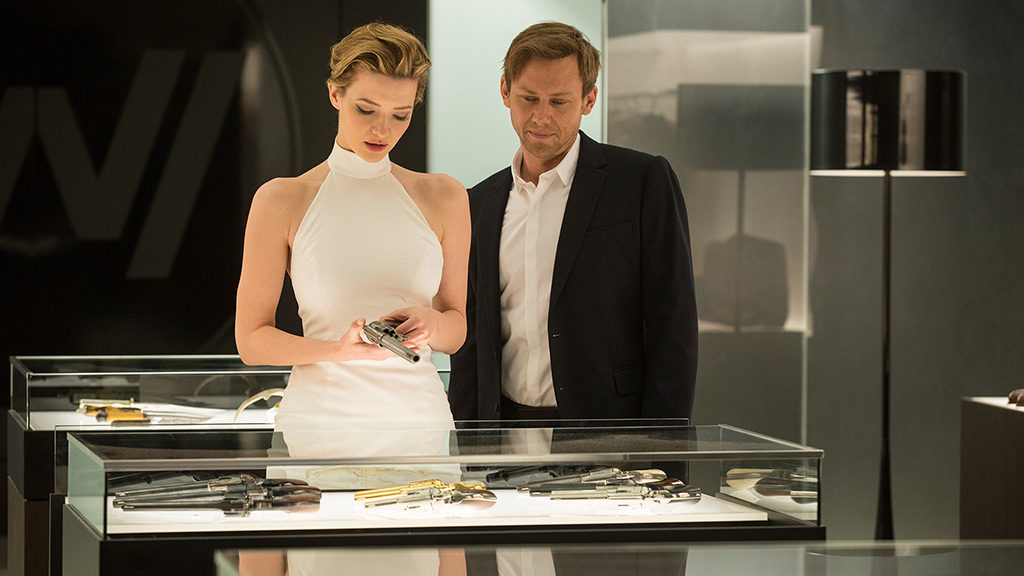 William, a quiet businessman, is dragged to Westworld for the first time by his colleague and (kind of) friend Logan who knows secrets the park holds and tries to steer his timid friend around the boring bits. But William’s timidity holds, rejecting complimentary sexual advances and ignoring a black hat for a white one, completing his do-gooder look as he jumps at the chance to help hosts in Sweetwater. Logan shuts down that behavior with a little violence before dragging his friend to the more adult end of this futuristic amusement park.

Dolores is pulled away from her dreams by a whispering voice that commands her to leave her bed and venture outside. These subconscious conversations assume a pattern, interrupting Dolores with a daydream that litters the town with bodies of hosts. A resurrected memory? A premonition of things to come? Maeve interrupts Dolores before she can figure out which, so she spits out the warning an obsolete model of her father gave her before being pulled off rotation.

That glitch in Peter Abernathy arouses interest from Elsie, not trusting that Bernard is being truthful with her and more hosts may be infected. Her boss isn’t budging and tells her to let it lie. But Elsie is on the right track. Bernard and Ford, behind Theresa’s back, clue into some meddling of the hosts, clearly from someone wanting to sabotage Westworld. Under orders, Bernard interviews Dolores to clear her for continued operation and finds himself fascinated by the differences in her processing. She’s clearly different. 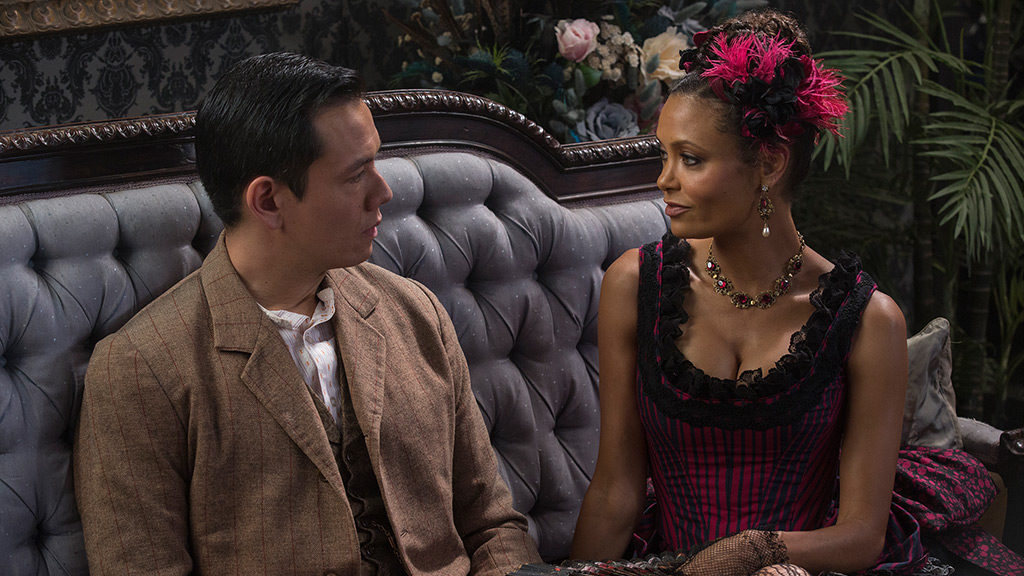 Maeve chats up her clients, but her flirtations are interrupted by violent memories, making her more sexually aggressive with the guests than scripted. Elsie pulls her off rotation for examination. She explains to a colleague that the dreams Maeve may be living through can only be nightmares, as the fear hosts would experience wouldn’t interfere with programming the way a pleasant dream could, maintaining their illusion of a life lived.

Satisfied with her check, Maeve is put back on rotation. Again adept at charming, she sends William upstairs with one of her girls. Unable to indulge in the pleasure he’s offered, he pines for Dolores after a single glimpse.

Lawmen attempt to hang Lawrence for a host of crimes, but the Man in Black arrives in time to rescue this criminal. After tossing him a freshly cut scalp, the Man in Black drags Lawrence all the way to the town of Las Mudas, to his family. The Man in Black demands Lawrence tell him the entrance to the maze, but his captive insists he knows nothing about extra levels to this place. After his cousins are massacred in a failed rescue attempt and his wife executed, Lawrence’s daughter voluntarily tells the Man in Black where to go but warns him that danger awaits.

Bernard is alerted to his activities, but the Man in Black is given a free pass to do as he wished. Instead, he rushes up to his apartment, high above the Westworld complex, where he hooks up with Theresa. He seems detached when away from his work, much more subdued than when they argued hours before. There’s pressure on her from high up, but Bernard’s interest are with Ford. 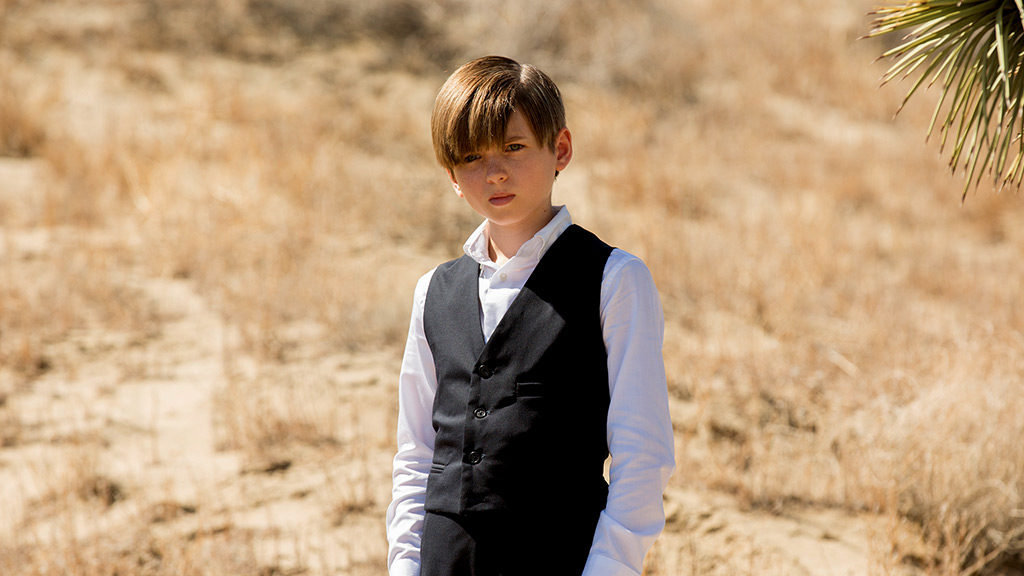 The Doctor slips into his creation, crossing paths with a young boy. He’s looking for a white church, but along the way is met with a fierce rattlesnake, a creation of his that he’s able to mesmerize with his finger. It impresses the boy and Ford is delighted to see his reaction before sending him back on his way. When he continues his walk, this time with Bernard in tow, they find the church, charred black and sunk into the earth.

Back at Westworld, Sizemore has been agonizing over a new storyline he’s written, an epic war between cowboys and natives that require guests to help either side win. Ford, unimpressed, sees this narrative as uninspired and beneath his park. Rather, he’s interested in crafting a storyline of his own, and Bernard just might help him do that.

Maeve returns home and is immediately enraptured by a memory of homestead on the frontier, complete with a small girl. Maeve shields her as they retreat from native warriors, painted an earthy gray, slaughtering their way to the home. With a rifle in hand she prepares to fight for her life. When the door opens the Man in Black enters. 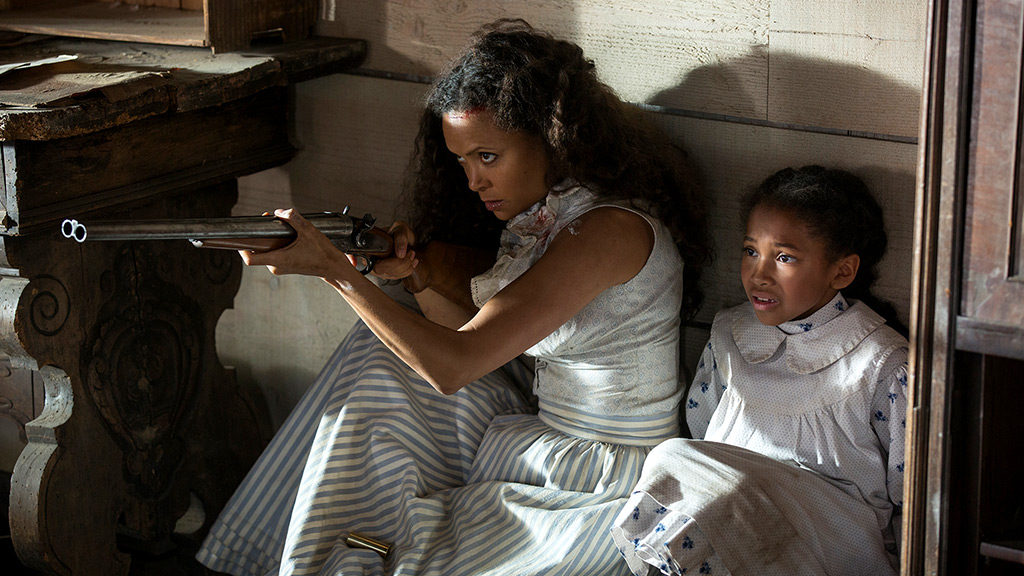 When she wakes, Maeve finds herself gazing at sophisticated hardware monitoring her body as technicians inspect her body. Angry and energized, she leaps from the operating table, clutching her sliding guts with one hand and wielding a scalpel with the other. The technicians have never dealt with this before and argue long enough for her to escape to another part of the campus where Teddy and other hosts are hosed down and cleaned up after being killed. She’s distracted long enough for the technicians to shut her down and silently drag her back to the examination room.

Dolores is again pulled away from sleep. No one speaks, but she seems to hear something that guides her to a patch of dirt outside her home. It’s a shallow grave for a long revolver. Westworld resets, and Dolores is back in Sweetwater. The same can eludes her and William is there to hand it back. 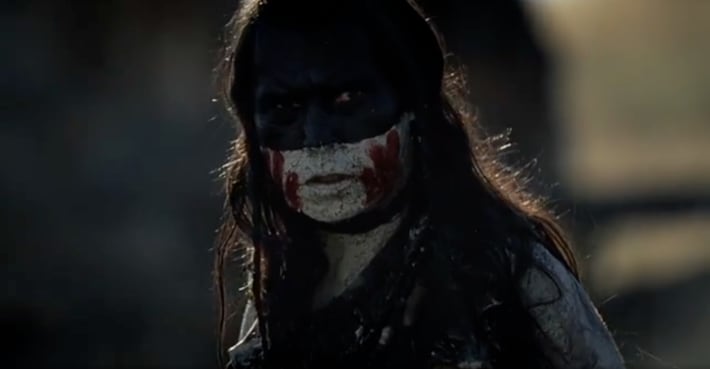 Appropriately, a world that simulates the past is hiding a lot of its own history. Keep in mind that Jonathan Nolan, author of “Memento Mori”, which his brother adapted into a movie, is running Westworld. So it should be expected that time will be played around with. Or, more correctly, coherence is going to be hard to make sense of for a while. Already we’re seeing hints that William may be running a story thread that’s removed from the events of the “present”. There are several allusions that hint to William being a younger version of the Man in Black. Juxtapositions like their demeanor and hat color combined with William’s naivety with Westworld and the the Man in Black’s intimate relationship with this place gives the audience a way to see this place from tow vantages as they slowly approach one another.

While that theory simmers and and more clues are dropped to deny or confirm this, Westworld better defined its thesis than it did in the pilot. In a recent interview, Nolan cited Grand Theft Auto V as an atypical influence for the show (fans of the game might notice a familiar face in a few early episodes this season). Though loved for many reasons, the ability to deliver mayhem on the unsuspecting masses of various sandbox cities is often cited as the reason to pick up each new iteration of the series. Same can be said of games that facilitate fantasies of mayhem with all manner of weapons and gullible victims like the Saints Row and Fallout games. The NPCs of those worlds are essentially the hosts. They all have scripted functions and fixed barriers that allow them to play their roles so the player can indulge in the fantasy sold to them. But a pastime gets complicated when non-playable characters become increasingly more complex. 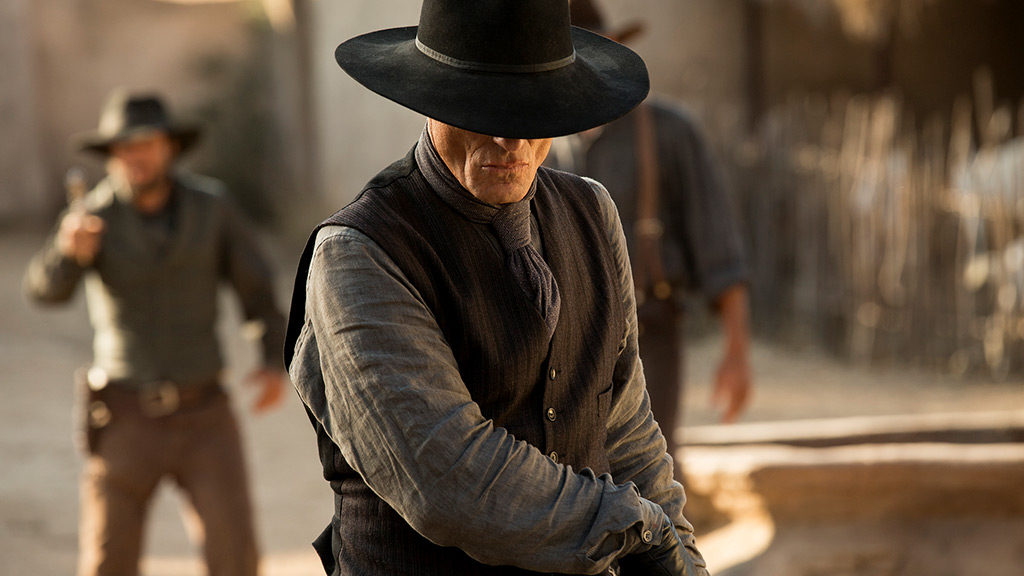 Westworld’s hosts are the NPCs of that world, fulfilling the desires of guests. But they are also given intelligence, complete with thoughts and memories, to come closer to human. In any other game, no considerations are really needed when deciding how to treat NPCs. They are there for the expressed purpose of being used as the player sees fit. And though Westworld advertises itself as an AR experience masquerading as an adult Disneyland, its population is made up of NPCs that believe themselves to be alive.  They have some degree of agency, malleable borders that they can cross and human error that allows them to do more than they were designed for. So what kind of impact does that have on an AI, to be assaulted and manipulated by players, rebooted and respawned endlessly, dragging the memories of previous matches along with them to the same unchanging map?

The phrase “these violent delights have violent ends” has appeared a few times, and on top of being a pretty clear thesis for what we’ve seen from the show so far it’s uttered to Maeve just before she’s triggered by violent memories of a previous script. It’s almost like a hypnotic phrase, this thesis, as if the realization that the game is played at the expense of the hosts makes them violent, floods their minds with memories.

The person(s) behind the bugs that are causing hosts to change might be wondering those same questions, or asking guests to pay for their mistreatment of what they assumed were just machines.

Written by Daniel Rodriguez
Daniel Rodriguez is a freelance writer and author from New York City.
Previous ArticleLast Week in Cyberpunk 10/7/16Next ArticleIs the Road to Cyberpunk Paved with our Privacy?
You May Also Like 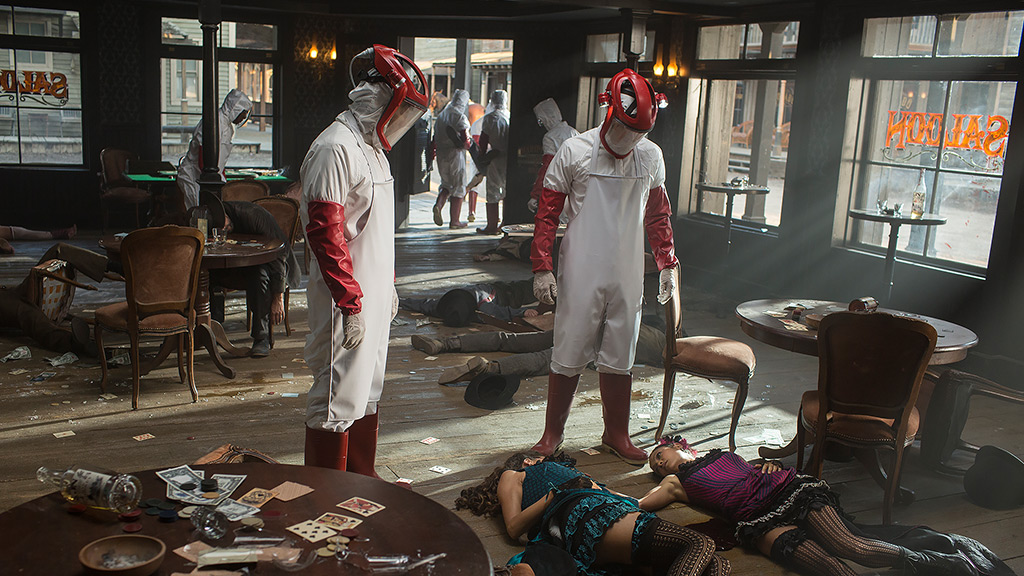 Westworld And a Bit of Cognitive Dissonance
October 25, 2016
1 Comment