Time goes fluid this week on Westworld, giving things a bit more clarity while introducing a whole new set of mysteries. Just remember, these hosts are not real. They’re not real. 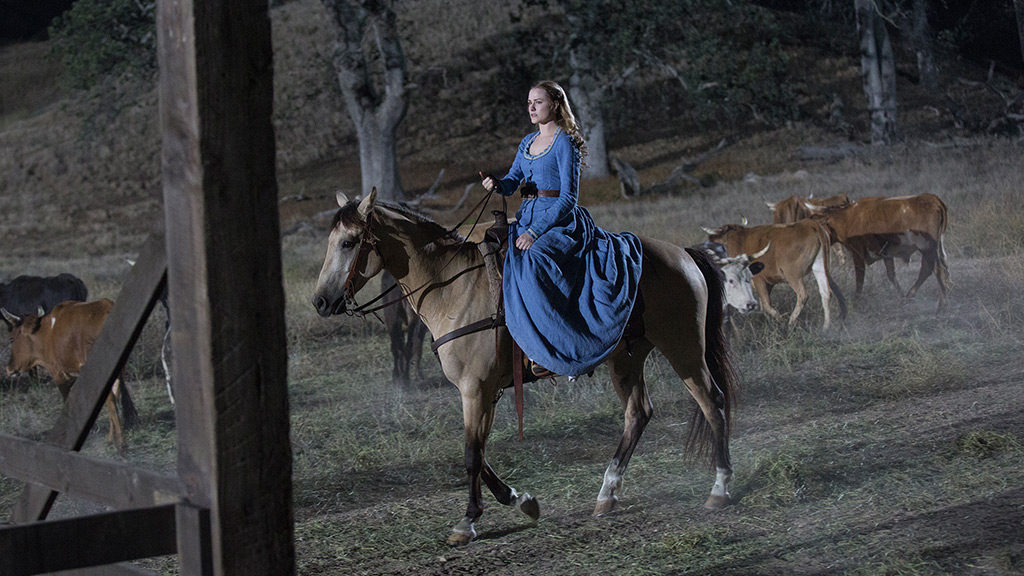 Bernard gifts Dolores a copy of Alice in Wonderland. She notices a common theme in the books he gives her to read–the desire to change into another being.

Straightening out the house as she begins her day, Dolores finds the long revolver tucked in her dresser. The sight of it pulls her back to a horrific encounter with the Man in Black. He claims to want to reconnect with her, go back to when they first met. In the next instant, the revolver is gone, and she goes about her day.

William strolls through Sweetwater when an outlaw breaks free from the clutches of the law, taking Clementine hostage in an attempt to flee. William sees the opportunity to be a hero and guns down the wanted man, saving Clementine in the process. The rush is intoxicating, and now he’s set his sights on Slim Miller, another face on a wanted poster.

Theresa knows Ford is up to something as a section of the park has been closed off to her and problems with hosts continue. Bernard heads the investigation into the stitching by examining Walter’s massacre. Elsie points out that Walter calls out to an Arnold despite no one accompanying him while killing six hosts who, in another narrative, had all killed him. It’s as if he wants revenge on them. Bernard keeps her from inquiring further by sending her after a stray that’s wandered off its set path. 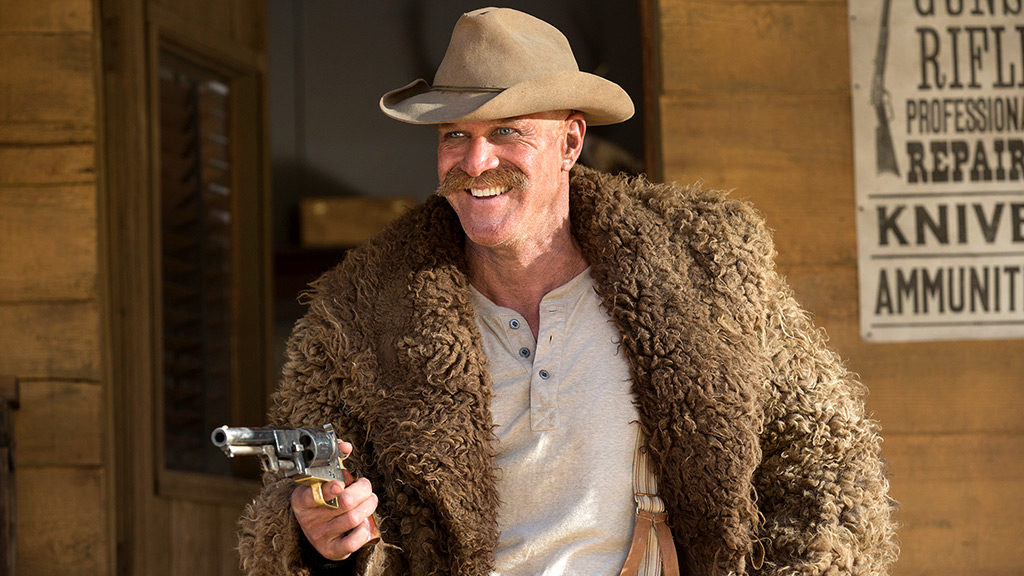 Teddy guides a guest that wants to live the bounty hunter life. After nabbing a wanted man in town, they walk into Maeve’s saloon. The madam recalls seeing Teddy’s body hosed down by technicians after getting loose in the upper levels of the facility.

Dolores drops her can and Teddy rushes to greet her. Together they ride off to a secluded spot where she begs him to take her away from Sweetwater, to any of the places he’s traveled to, but he’s no good for her with his troubled past still casting a shadow over him. Instead he escorts her back to the ranch. At the sound of gunfire he races ahead of her to the house.

Ford interviews Teddy and admits that prior to now his mysterious past had been a narrative thread with no exposition. In place of that emptiness, Teddy now has a history with a devilish butcher by the name of Wyatt, and he intends to kill him. 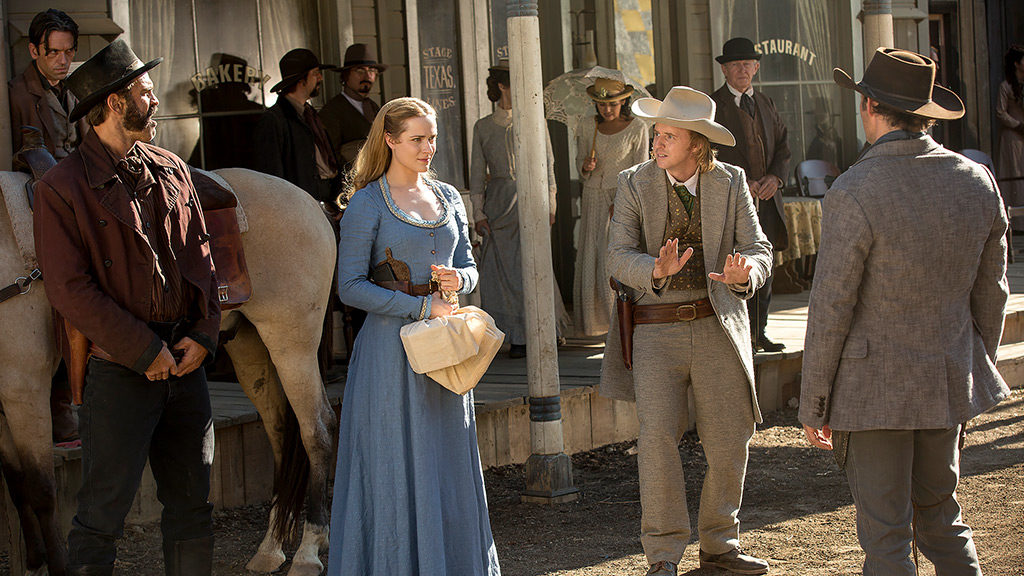 Reset and returned to Westworld, Teddy saves Dolores from Walter and his gang. She wants to learn to shoot to protect herself when he’s away, and he promises to show her how. It’s not something she has the nerve for, which Teddy believes speaks highly of her. Sweetwater’s Sheriff and Teddy’s guest locate him and offer him the chance to hunt down Wyatt.

Teddy and Wyatt’s past stretches back to the army. Wyatt was his sergeant and his friend, but time in the frontier made him changed man, violent and cruel. Teddy sees that coldness in a pair of men, strapped to trees and left for dead. As the group stops to examine them, they’re pinned down by gunfire. The battle rages on into the night, and Teddy sacrifices himself so the others can escape. Masked men surround him. They stand impervious to gunfire.

Elsie and Stubbs track the stray to his camp. A group of men are stuck in a loop, keeping the narrative from progressing. In one of the tents Elsie finds wood carvings with the constellation Orion etched into each piece. As they continue their search they find the stray trapped in a ravine. Somehow it put itself there, following a new set of thoughts not coded to it. Stubbs plans to hack its head off, making it easier to hoist up. As he saws into its neck, the stray becomes conscious and attacks Stubbs. Elsie frantically tries to shut it down as the stray grabs a boulder and smashes its own head in. 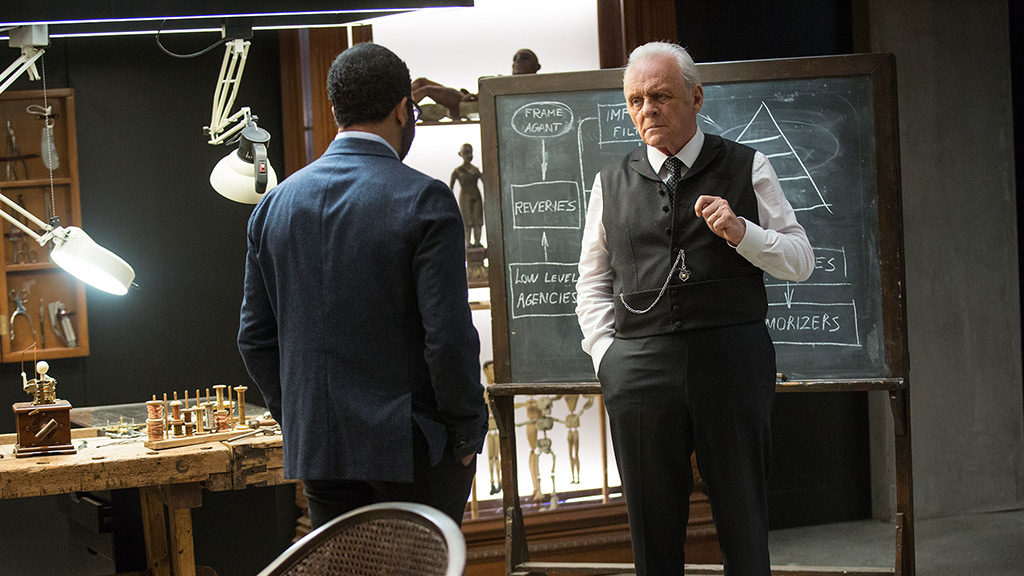 Bernard manages to get Ford alone for a moment and expresses the problems hosts are having with memories, particularly Walter and his conversation with the invisible Arnold. Ford removes mystery from the name by revealing the origins of Westworld and Arnold’s role as his partner. Unlike Ford (at the time) Arnold wanted to create hosts with true AI, capable of being conscious creations through the theory of the bicameral mind. Arnold died chasing that dream in the park, and Ford warns Bernard not to fall victim to the same obsession, to remember that the hosts are not real.

He takes this advice to heart, and video chats with his ex-wife, commemorating the anniversary of their son’s death. She seems to have moved on, but Bernard is content to wallow in his misery, the only thing left of his child. When interviewing Dolores, he’s intent on restoring her to an older state, free from the influence of their relationship. Dolores is unsure what she’s done to upset him and wants to know what she’s done wrong. Taking pity on her, Bernard decides to leave Dolores intact so long as she promises to stay on the scripted path.

After learning that Teddy is trapped in the canyons, Dolores returns to the ranch to find it under siege by Walter and his gang. Her father is dead, and the sight of him pulls her between memory and the present, seeing different hosts play the same role. Walter drags her off to the barn and tosses her on a pile of hay where she finds her revolver. With the weapon in hand, Walter and the Man in Black trade places, assuming each other’s position in different incidents. She manages to kill Walter and escape back to the ranch where her mother’s execution distracts her to Rebus. Dolores manages to shoot him in one incident, in the other she sustains a gunshot to the belly.

Riding away from the ranch, Dolores comes across a couple of men by a fire. Logan alerts Walter as she strolls up, clutching her wound, and collapses in his arms. 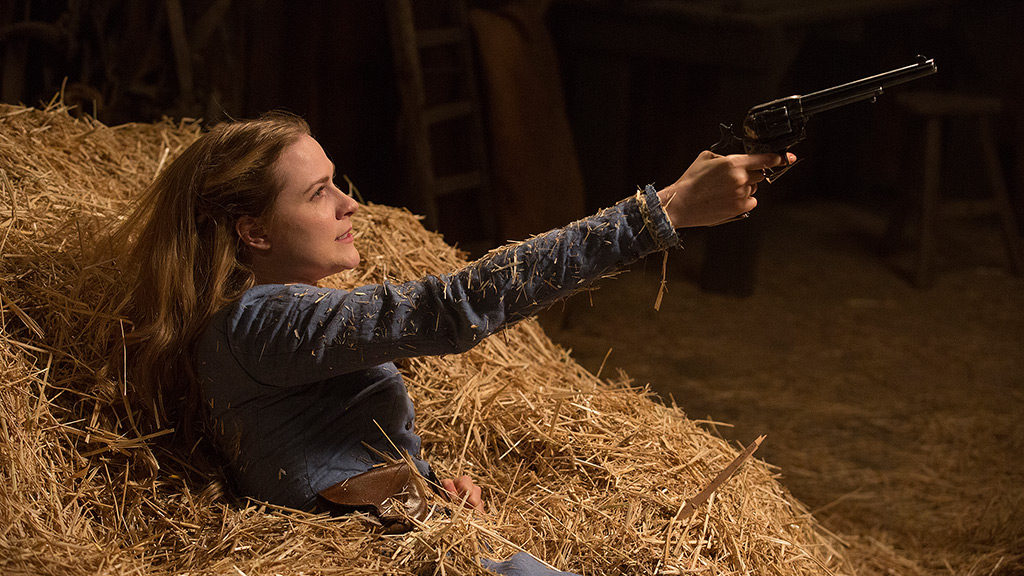 Evidence seems to be mounting in favor of the theory that William and the Man in Black share the same identity. The obvious use of white and black hats provide a solid link, but now that the revolver has come into play Dolores has use of a totem that blurs the line between recall and action, taking her from the present to a dreamlike state that’s slowly making her mindful of reality. Anyone who’s seen Christopher Nolan’s Inception and is familiar with its use of totems can see the clear allusions Johnathan has made in Westworld with a few items like Dolores’ can, William and the Man in Black’s hat, but the revolver is the most explicit tie to that concept. With it Dolores has been able to distinguish one time period where she was a victim of the Man in Black and another, more innocent time period where she continually bumps into William.

Expect the “dream world” from memories and the present to become more difficult to distinguish and totems more influential as Ford comes closer to the mystery he’s tracking in the frontier. 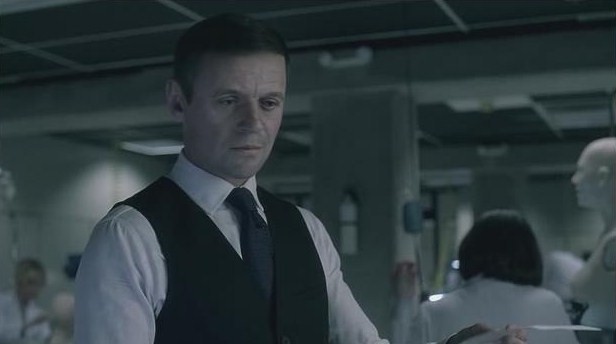 In Ford’s look back to the early days of Westworld (displaying arguably the best use of de-aging via CGI to date) we see what’s possibly an “older model” of Ford. Despite what he tells his employees, Ford has displayed nothing but fascination with Westworld and its hosts, meaning he sees them as more than clever machines. Learning of his relationship with Arnold, the years they spent doing nothing but creating and perfecting their hosts, there’s a clear influence that has changed his thinking. From the code he approves to the child host he met when wandering on his own, Ford sees something in the hosts no one else can. With Bernard as the most notable exception. What if what lures him to explore and search these things, this place he’s so intimate with is influenced by something Arnold left behind?

Some of the hosts from Arnold’s time seem are still in rotation, which would explain how Walter can call out to him during the massacre. That ghostly impression gives Arnold’s ghost a supernatural presence that makes his position a little godly. Quite a few people fill that role at present, particularly Ford who is the prime suspect behind making all the hosts aware by giving them access to their memories. But now he may not be the only one taking control of the people in Sweetwater.

Written by Daniel Rodriguez
Daniel Rodriguez is a freelance writer and author from New York City.
Previous ArticleIron Wind Metals: The Story of Ral Partha is the Story of ShadowrunNext ArticleLast Week in Cyberpunk 10/21/16
You May Also Like 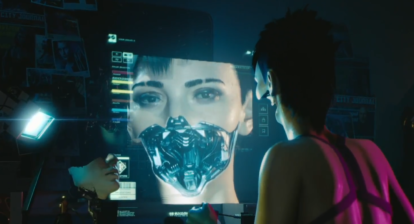 Technology as a Tool for Alienation: an Analysis of Cyberpunk’s Core
November 12, 2018