Corporate power will decide the future of Westworld, and when the cards are laid bare not everyone will believe what they’re seeing. Others might not see it coming at all.

Delos aims to move forward with their decades-long investment through Charlotte. After applying a little boardroom pressure, Theresa is convinced to help trick Ford into believing his approved updates are turning the hosts violent, encouraging him to step down from the company. By removing Ford Delos is free to use his source code for plans bigger than this park. To complete their corporate kabuki, Theresa has repairmen enter Maeve’s saloon and abduct Clementine out from under her.

William’s daydreaming has landed him inside a living storybook complete with damsels and danger, which is something he’s always wanted his life to turn into. The prospect of having to leave it all behind and go on to join Logan’s family by marrying his sister puts William in a dour mood, but hearing Dolores wax poetic about a place far from the violence of the frontier makes him reconsider his future. It’s unclear where they’ll end up, and before they can decide the Confederados Lawrence swindled attack his train. The three manage to escape with a little help from a band of Native American warriors, and arrive at a lush canyon, ripped straight from Dolores’ canvas. 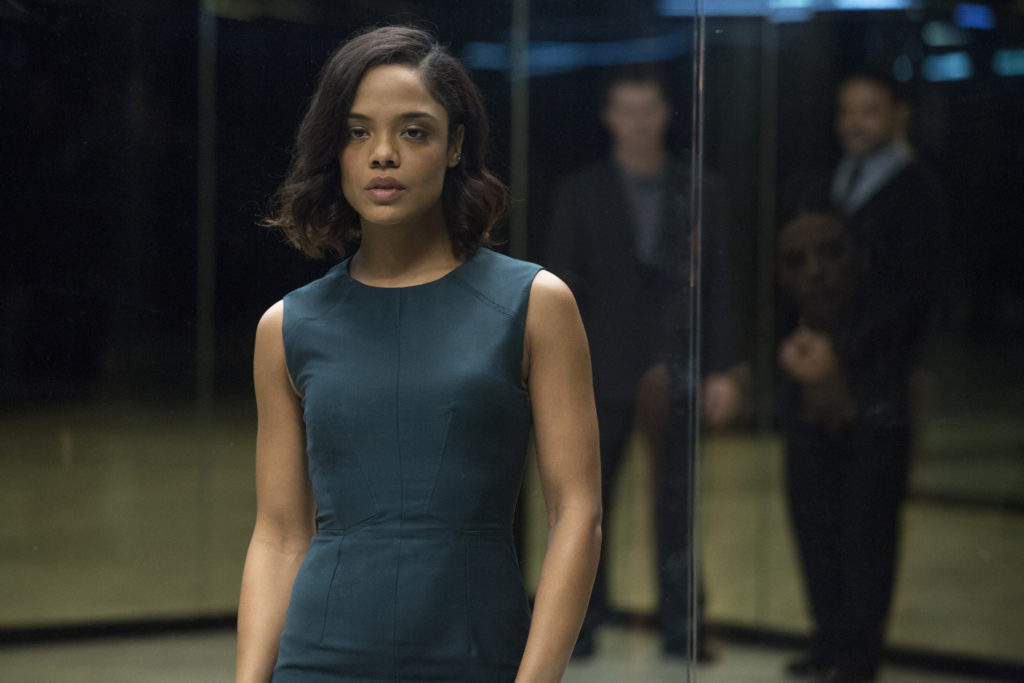 Maeve “dies” again and winds up on Felix’s table. Wanting to find her friend, Maeve has him walk her up to where Clementine is being “retired”. The death of a friend and the realization that she is more powerful than men who operate on her nightly convinces Maeve she’s outgrown the park and plans to use the repairmen to escape.

Bernard reveals to Theresa that there are portions of the hosts’ code that’s unknown to him, and to demonstrate what he means he takes her to Ford’s hidden cottage. With the family gone, Theresa is able to notice a hidden door he can’t see, allowing them to descend to a private lab. Among discarded plans for the Robert and Dolores hosts, Theresa finds evidence that Bernard is a host as well. Ford confirms this when he surprises them both. He knows of the board’s plan to remove him and refuses to let them pervert his dream for their corporate aims. so he had Bernard bring Theresa to him. Cut off from the rest of the park, Theresa watches in horror as Ford orders Bernard to kill her. 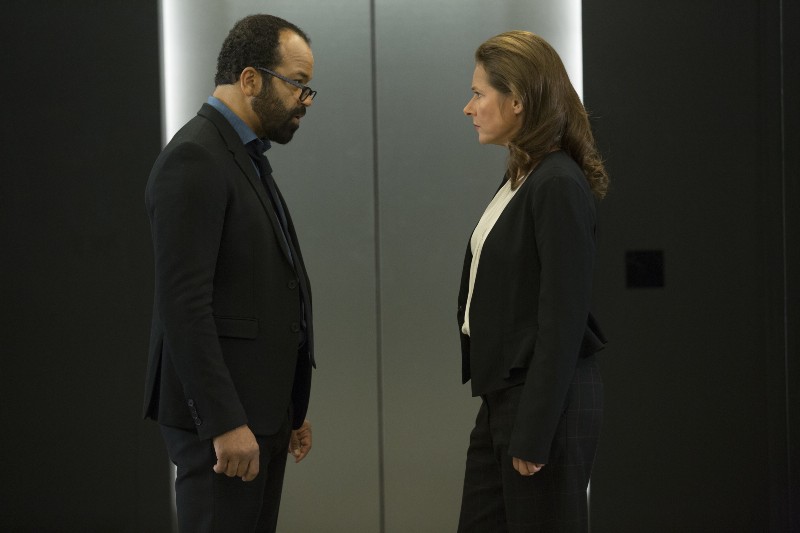 I’ll admit to not seeing Bernard as a host, though many people speculated on this theory from the pilot. And it would make sense that the god that is Ford would find his most convincing creation to be a suitable confidant while locked in this uneasy marriage with Delos that seeks to take him for all he’s worth. But what at times seemed like an old man grieving the loss of a friend and the realization that people are constantly looking to take what he has left of him is now revealed to be more of a deliberate power player than we’ve been led to believe.

What are we to make of Bernard’s conversations with Dolores now? All his communication seems suspect knowing who controls him. And that he can be made to ignore things that would conflict with the algorithm that regulates his conscience who’s to say he hadn’t abducted Elsie under Ford’s orders? Those questions are still up in the air, but this stage of Ford’s plan seems to do what’s been done in the sequel to the original movie, Futureworld, which is to replace people with copies that are obedient to him, allowing him to achieve his own ends. I’m certain we’ll see Theresa again, but next time she won’t be playing for the Delos board. 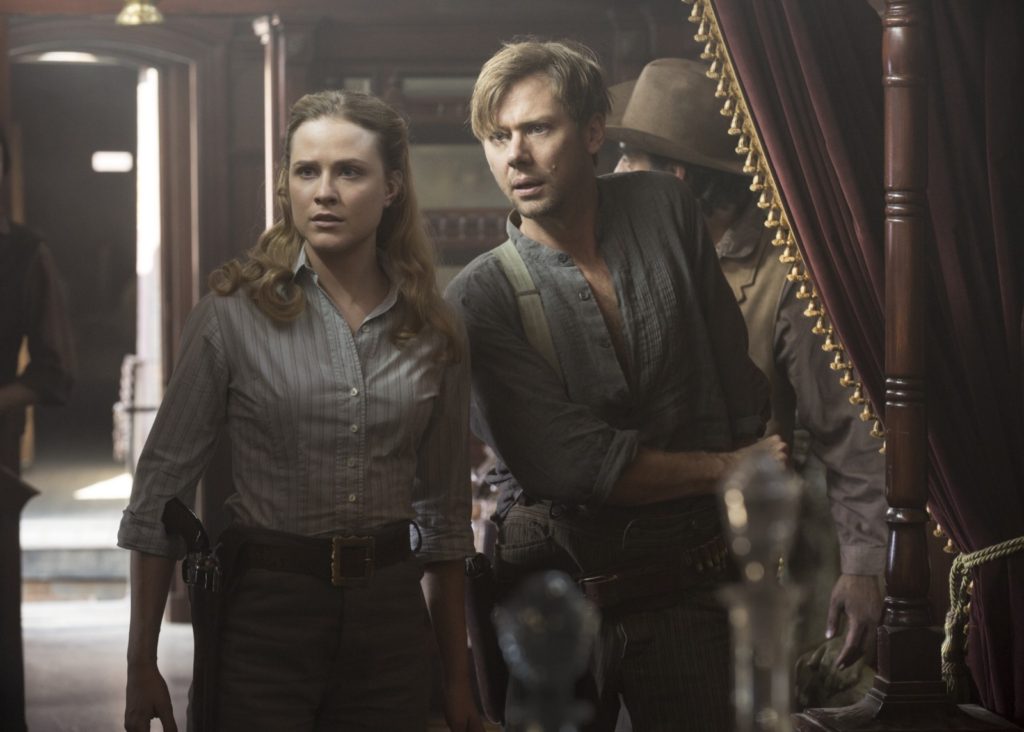 The other optical illusion that some may have missed shows up between William and Dolores. Their conversation on Lawrence’s train points out the true purpose of the park. While we don’t know if Ford has ever interacted with the Dolores running around with William, her bit about Westworld exposing a person’s true character rather than merely facilitating bad behavior seems to be in keeping with the old man’s need to create small, meaningful narratives that he gets to explore without Delos’ influence. That counts for a lot in William’s case. Aside from his character being this wide-eyed dreamer, over and over again people drop the subtlety when commenting on an apparent blood lust he barely keeps contained beneath the surface. Clearly he’s not all killer, as Dolores and Logan have managed to force him to show, but there is some reveling on his part whenever he’s thrust into danger. This mirrors another character very closely, one who’s been coming to the park for years and is searching for its hidden portions now that he’s explored all of the surface.

If the goal of Westworld is to make the guests expose who they really are and confront their true selves, is it only a matter of time and circumstance before William goes on a murderous spree in his search for the park’s truths, forcing him to swap his white hat for a black one?

Written by Daniel Rodriguez
Daniel Rodriguez is a freelance writer and author from New York City.
Previous ArticleNeon Dystopia Reacts to the Ghost in the Shell TrailerNext ArticleLast Week in Cyberpunk 11/18/16
You May Also Like