Hosts and guests alike are on the hunt for the elusive maze, some aware, others strung along, but all will find themselves doing the unthinkable in order to reach their destination. They say Arnold is no longer alive, but could he be the one pulling the strings behind the scenes? Or is it all the result of fate? 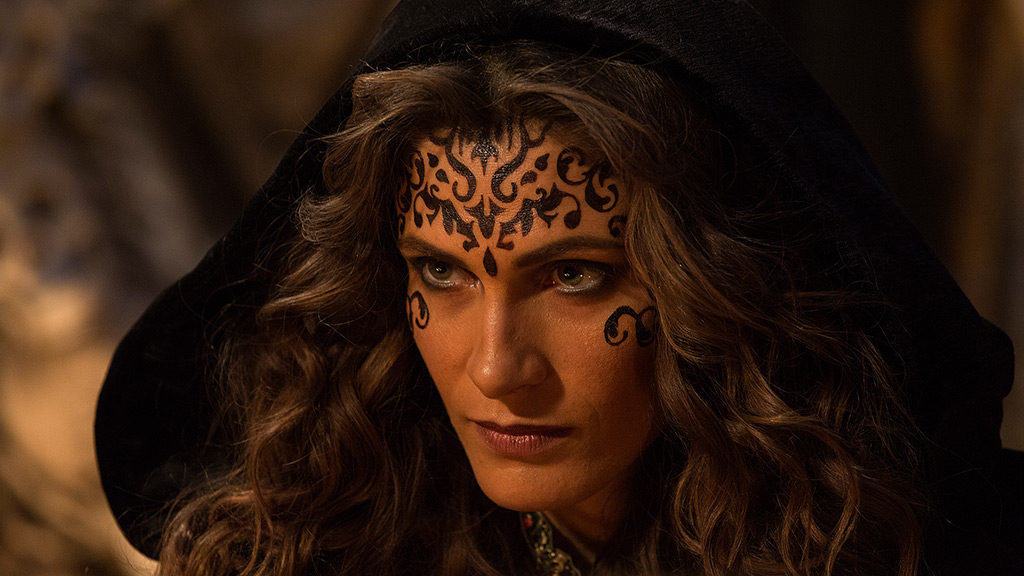 The Man in Black comes across a young boy (Dr. Ford’s friend) and sends him for water. With some privacy, he decides Lawrence has used up his usefulness on this trip and kills him, then collects his blood for a dying Teddy who needs a transfusion. With his host up, but barely mobile, the Man in Black stops for a drink in an out-of-the-way saloon where Dr. Ford plays the piano. He’s impressed the wizard of the park would share a drink with it’s most destructive guest. But Ford has no plans to stop his hunt for the maze and makes sure Teddy is ready to help him on his search.

In the halls of the Delos campus Ford tries to prod Dolores’ mind, knowing that some kernel of Arnold is there. A deep probing only reveals that they were in communication years ago, working to close the park. Ford hits a wall and leaves her to ponder her secret. Is she still communicating with Arnold? Meanwhile, Elsie notices that the woodcutter’s been moved and follows him before he’s destroyed. In his wrist she discovers a satcom, and rushes to tell Bernard that someone has been communicating with this host, receiving information from somewhere outside the park.

Dolores, battling a series of disjointed images and whispers, travels with William and Logan to the town of Pariah, where they meet El Lazo (Lawrence in another rotation). The gang leader hires these three to rob a US Army wagon carrying explosives, which Logan botches, pushing William to kill hosts for the first time. Confederate mercenaries, who’d bargained with El Lazo for the explosives, discover they’ve been tricked and their dealer had run with their explosives and left them with duds. William is the first to shoot, but it’s Dolores who winds up saving him from the rest, and the two run off to El Lazo’s train as it takes off. Once on board, he admits he’s actually Lawrence and agrees to bargain with them. But Dolores is entranced by icons on the train pointing her towards the maze.

Felix, one of the technicians working on Maeve, uses his free time to work on his code for a small Delos bird. After repeated failures he manages to give the little creature life again. Enraptured at the sight of it flying, he’s stunned when it stops, perching itself on Maeve’s finger. The host is awake, and she wants to talk. 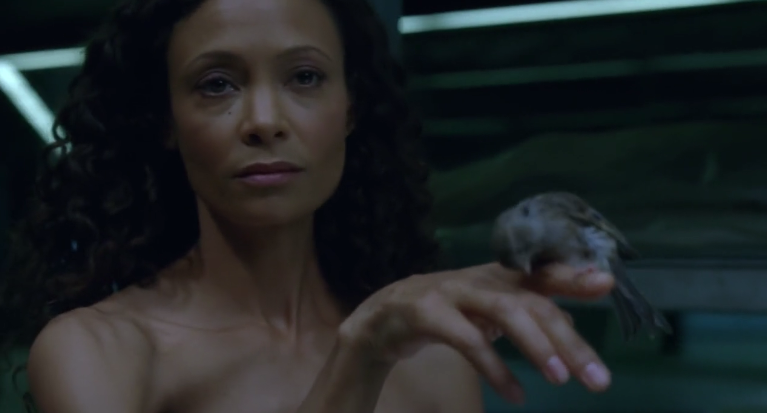 Though Teddy and Lawrence are trapped in their loops like Ford’s player piano, and Dolores is sworn to secrecy by another hidden wizard of Westworld park, this is the time hosts become aware of the greater world around them. In a sort of supernatural way Maeve has wound herself around the Delos approximation of a mortal coil. After having died and resurrected enough times she’s not only become aware that there’s something not quite right about Westworld and gave her the foresight to outsmart Felix and manage to wake inside the Delos campus. Her awakening was coming, but Dolores has been given a bit of a more interesting path to becoming self-aware.

“I imagined a story where I didn’t have to be the damsel,” is what she tells William after coming across a tarot-dealing psychic with a card that (again) points her to the maze. While we don’t know everything that is programmed into her narrative in the William time line, but the move from country mouse to desperado presents itself like a willful decision when paired with all her imagery and the recurring seduction of the maze.

With Will and Dolores we have two formerly innocent people finally give in to the recklessness of Westworld and kill hosts for survival and to get their own way. Similarly, the Man in Black does nothing but get his own way, which in his case means brute-forcing his way deeper into the park by breaking its rules and deciding for himself. We’ve seen Elsie oppose his interaction before and Bernard order her to stand down. Now we also know that Ford has some interest in him finding his way to the maze and is willing to open up the park to him so he can find it for him? Ford has been doing searches on his own from the beginning with little luck. Who’s to say he isn’t farming out the search to hosts and guests alike to find it? 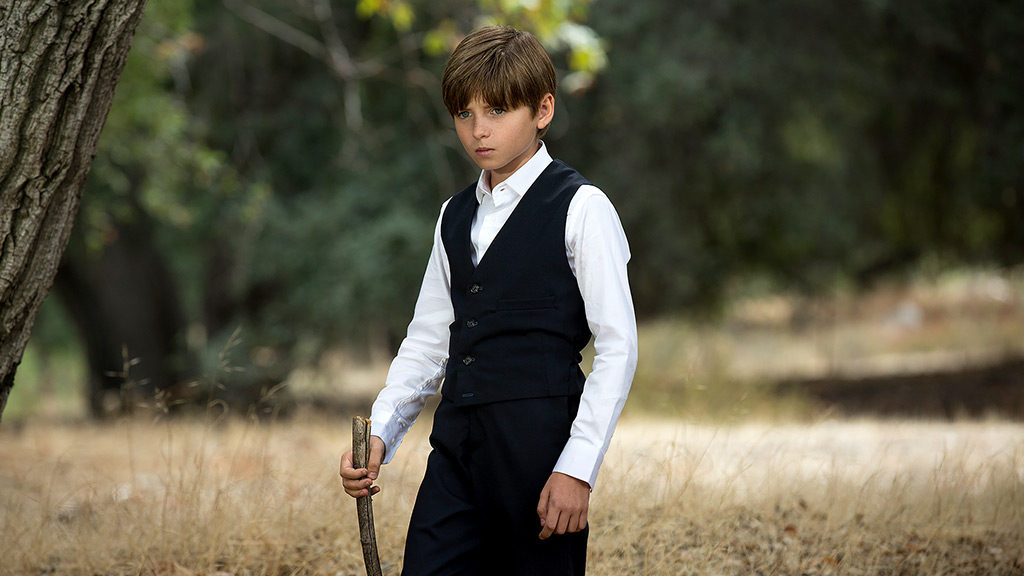 As for the narrative, I wonder if the search for the maze and Dolores’ awakening could be the catalyst that pushes William to becoming the Man in Black and become obsessed with locating this place only a handful of people seem to know to look for? There’s the possibility that Arnold could either still be alive or living through some contingency that’s being guided by Dolores and the person communicating with the woodcutter. Self-awareness had been his goal long ago, when Ford professed the hosts were nothing but things, and now we see their creations come to that point on their own.

While all this speculation is interesting, I can’t help but be annoyed that at every turn there’s a rune, picture or whisper that constantly reminds us we’re on the march towards a place everyone wants to get to but no one knows why. The bit of mystery that intrigued a few episodes ago just feels like it’s leading the audience down a dark hall. Even if nothing is worked out by the maze I’d be much more interested in getting there if the focus was more on Wyatt or the corporate espionage and legal fighting that’s determining the future (or present) of Westworld, the lives of the hosts in Sweetwater and their eventual self-aware status. The maze itself still feels like something no one would be able to recognize if they saw it.

Written by Daniel Rodriguez
Daniel Rodriguez is a freelance writer and author from New York City.
Previous ArticleCyberpunk Horror: A List of Man and Machine TerrorsNext Article‘I can buy you, grow you, sell you, cut you into bits. Your screams: my music’; A Review of Bruce Sterling’s Schismatrix
You May Also Like