Welcome to Westworld, the resort where you get to experience what it was like to live in the Wild West. Don’t mind the fact that the movie was written and directed by Micheal Crichton, who would go to create Jurassic Park (the book came out in 1990). Also don’t mind that robot that just killed someone.

Westworld came out in 1973, nine years before Blade Runner and eleven years before Neuromancer, putting it firmly in the proto-cyberpunk era. The plot of the movie is very simple. People go to a theme-park. The theme-park is a re-creation of the Wild West and is populated by life-like androids. Then said androids start killing people. Notice that I didn’t say WHY the robots started killing people. The movie is incredibly unclear about the why, and so it is hard to draw conclusions about why the robots go on the rampage. The sequel, Futureworld, however gives us a much better idea about what is going on. 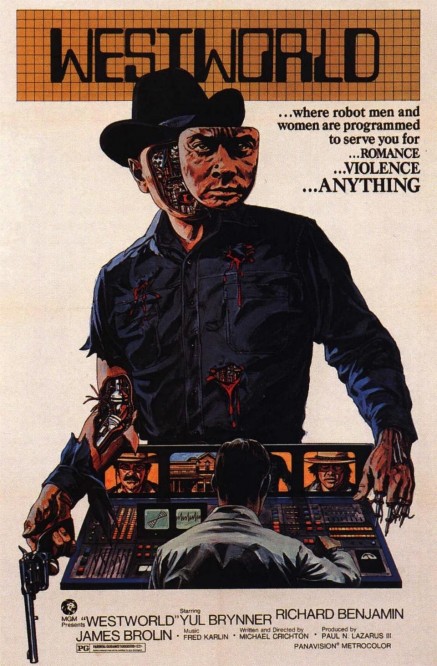 You can stream the original Westworld here, or buy the DVD or Bluray.

Futureworld came out three years later in 1976. The plot of Futureworld really explores what happened in Westworld and goes on to make the story full-on proto-cyberpunk, where as the first film is really just science fiction with robots. The basic plot of Futureworld is that a journalist, who covered the carnage of the first Westworld, is invited to visit the newly opened Delos resort. Delos is the corporation that runs Westworld, as well as a medieval world, a Roman world, and a newly opened Futureworld. The journalist digs to find anything that doesn’t seem right and discovers that the world leaders, that also have invited to visit, are being killed and replaced with android duplicates. With the help of another journalist and an old human technician they reveal the plot to the world. It is never clear if the Delos scientist, Dr. Schneider (who is calling the shots), is human or has been converted into a android himself. 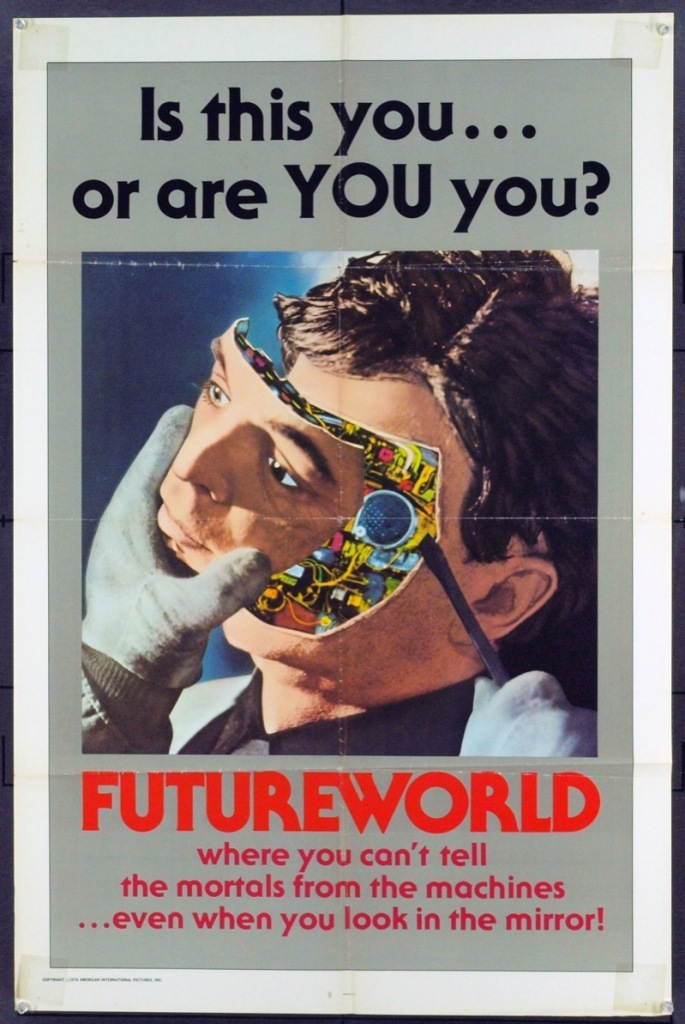 Depending on how we interpret Dr. Schneider in the film, the commentary that the movie makes on society shifts. If Dr. Schneider is in fact human, then it brings to mind the idea of taking the control of humanity’s future from the many and giving it to the few. Something that is uncomfortably close to the reality of today. If Dr. Schneider is actually an android, then it means that the machines somehow gained sentience either through accident, or design and want to take control of the planet to prevent humans from destroying it. This second interpretation is what Elon Musk and Stephen Hawking, among others, are worried about with the advent of true AI.

The most interesting punk aspect of Futureworld was the character Harry and his robot Clark. Harry is a technician who had worked for Delos since before the first Westworld incident. Clark is an old Westworld robot that Harry has adapted to be his companion. Harry is the classic technician who doesn’t share the companies vision, but goes along with it because he needs paycheck. He is suspicious about some of the going ons around the new resort, but he trys to keep his nose out of it, at least until the journalists show up and promise to make him a famous whistle-blower (portrayed in a positive light, so obviously made before 2001). Harry’s relationship with Clark is also very cyberpunk. They have created a genuine friendship that transcends flesh and circuitry. When Harry leaves to find evidence about the android takeover, he has to leave Clark. Clark looks truly sad, a magnificent feat for the actor, who didn’t have a face. 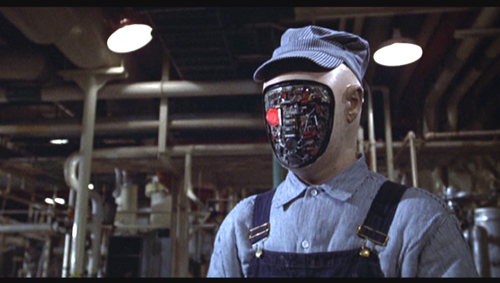 You can stream Futureworld here or  buy the DVD or Bluray.

Following Futureworld, a television show called Beyond Westworld was produced in 1980. This show pretended that Futureworld had never happened, but the androids were being controlled by a scientist named Dr. Simon Quaid. This of course embraced the first theory about why the androids went crazy in the first film. The show only lasted for 5 episodes, only 3 of which were aired. This was because the show made Quaid’s plans look ridiculous. Unlike Futureworld, where the androids actually had a pretty decent plan, Beyond Westworld tried to turn the idea into a android of the week format, and thus the plan had to be unnecessarily drawn out and contrived. 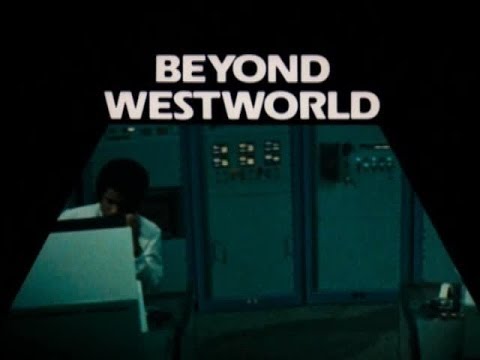 You can purchase Beyond Westword on DVD here.

On November 17, 2014, HBO announced that they would be remaking Westworld as a television series. The story will be a complete remake and not be canonical to the original films. HBO has called the show, “a dark odyssey about the dawn of artificial consciousness and the future of sin.” Based on the descriptions of the characters HBO will be departing from the original plot in ways that I think will make for a much stronger story. This comes as no surprise as Jonathon Nolan (The Dark Knight, Person of Interest) will be writing this incarnation of the show. 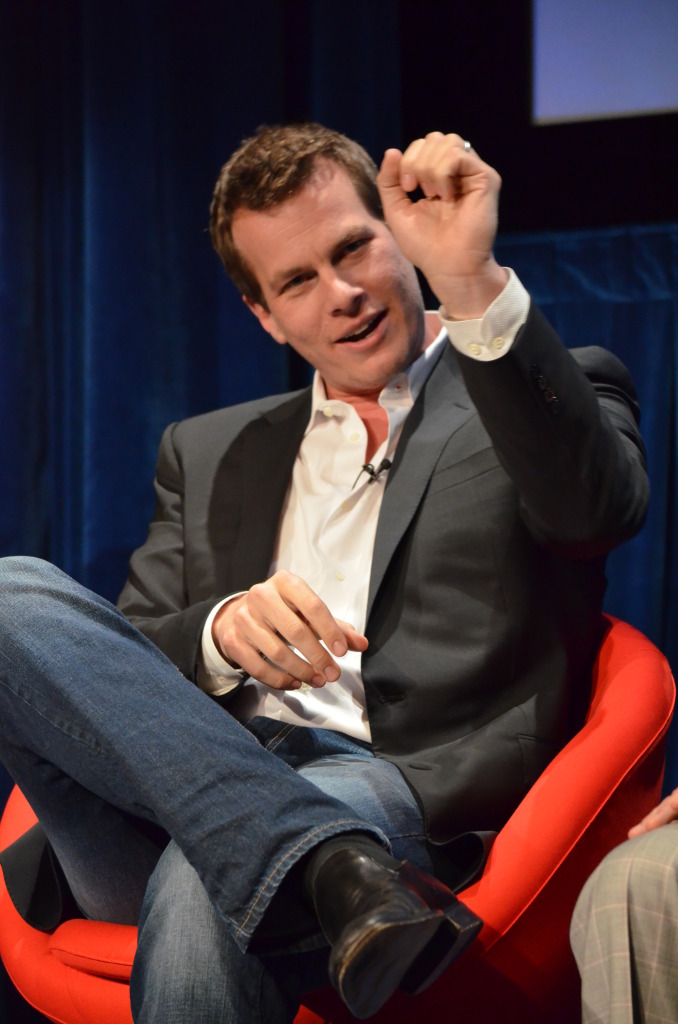 James Marsden will be playing a visitor to the Westworld resort, in much the same role as the protagonists of the original Westworld. Evan Rachel Wood will be playing “a Western girl who discovers her entire life is an elaborately constructed lie.” This immediately makes me think that this character is going to be a robot that slowly realizes that she is a robot who is playing a role in a false world. Rodrigo Santoro plays “a wanted man bent on survival.” This could be another robot in Westworld, as the description fits a western style character. It could also mean that this is an outsider that has illegally entered Westworld for refuge. This second interpretation could be a super interesting as a side plot. 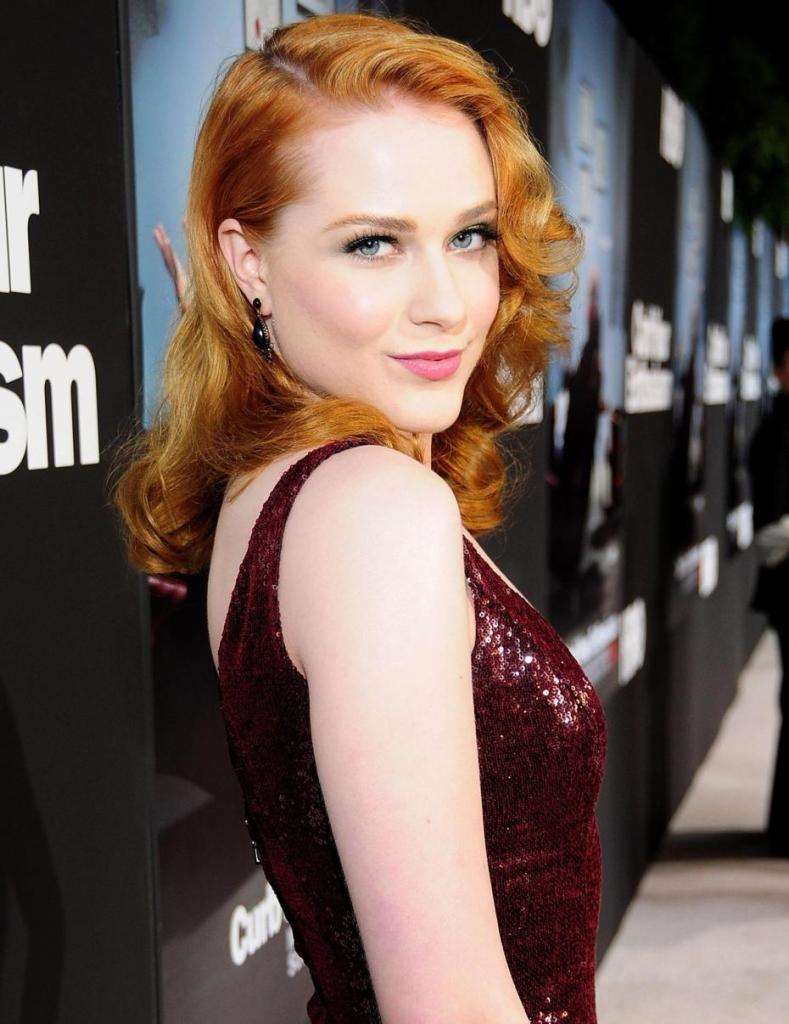 Ed Harris will be playing the “Man in Black.” Based on what we saw of this character in the teaser (below) it seems that he is based on the Gunslinger from the original Westworld. In the original, the Gunslinger is an android that is hunting the protagonists. This makes me think a similar plot is going to unfold, and is probably going to be a major aspect of the show. Most of the other described characters are the scientists and workers behind the scenes. So we are going to see a lot of the behind the scenes of Westworld. This has been a major aspect of every version of Westworld that has been released.

It looks like the new version of Westworld is going to be a good ride that explores emergent rise of artificial intelligence. Knowing Jonathan Nolan there is also going to be a number of other societal commentaries running alongside the shows main premise. HBO’s version of Westworld will be airing in Fall of 2015. Below is a whopping 10 seconds of teaser that has been released thus far. The middle sequence of the first clip is reminiscent of Syndicate, don’t you think?

Written by Isaac L. Wheeler (Veritas)
Veritas is a cyberpunk and writer who enjoys all aspects of the cyberpunk genre and subculture. He also journeys deeply into the recesses of the dissonance exploring his nihilistic existence. If you'd like to contact Isaac L. Wheeler (Veritas), the founder and editor-in-chief of Neon Dystopia, you can do so here: ilwheeler.founder@neondystopia.com
Previous ArticleThe Cyberpunk Survival Guide: Gas MasksNext ArticleThe Raspberry Pi and Making Your Own Tech
You May Also Like