After a highly-acclaimed first season that drew in millions across countries, and the third right around the corner, I take a look back to the second season of Orphan Black and the sisters’ struggles against Dyad, the Proletheans, and hidden agendas seeking to control their lives. 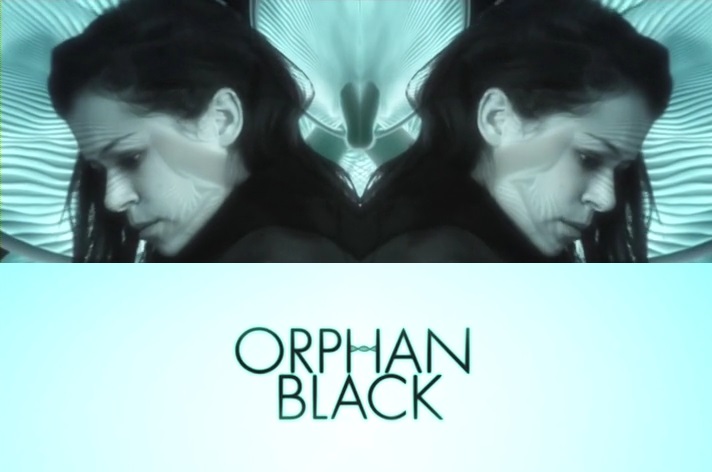 The Story So Far

Picking up right where the previous season ended, Sarah is on the hunt for Kira and Mrs. S when she’s attacked by Mark Rollins (Ari Millen), a Prolethean (Maggie Chen’s Christian Cult) who tries to abduct her. After being contacted by Rachel, Sarah forms a plan with the sisters and gets close enough to attack Rachel in a bid to get her daughter back, but neither Kira nor Mrs. S are being held by Dyad and Paul helps to cover her escape. As Art helps Sarah hunt down Kira’s whereabouts, and dodge Rachel’s attempts to hunt her down, she’s kidnapped by one of Mrs. S’ people and taken back to her childhood home where her daughter is safe. When Mrs. S’ facade cracks and the warnings of her birth mother seem affirmed, Sarah and Felix flee to the country with Kira where they meet Cal Morrison (Michiel Huisman), a recluse tech-billionaire who she’d fleeced in the past. It turns out that Cal is Kira’s father and he agrees to help them fight Dyad until Sarah is found by Rachel’s people and dragged back to the city.

Helena, having survived her fight with Sarah’s thanks to flipped organs in her torso, causing the bullet to miss her heart, she’s brought to a Prolethean ranch by Mark under the orders of Henrik Johanssen (Peter Outerbridge), a man who is both puritanically religious and a devotee to biological science. His cultist community works to help Helena recuperate only to marry her while drugged. With her strength returned, Helena escapes and tracks Sarah to where she’s being held just in time to save her life.

Cosima’s illness progresses and she’s given access to the corpse of Jennifer Fitzsimmons (clone) to better understand the development of their disease as Rachel lords her influence and control over both her relationship with Delphine and access to their collective health. It’s soon learned that with the use of stem cells they could drastically delay the growth of the polyps in her lungs, but in order for them to be effective they must be harvested from a close young relative—Kira. Though an initial treatment using material from a tooth has positive effects, it’s insufficient. Marion Bowles (Michelle Forbes), a member of Top Side, a sprawling marriage of corporate and political powers of which Dyad is only one, learns of this mismanagement and dislikes Leekie’s control of the clones thus far. She intends to have him killed, though he is taken care of by a less-than-willing assassin.

With Sarah and Helena reunited, they go through Maggie Chen’s belongings and find a link to “Swan Man” (Ethan Duncan), an eccentric scientist who had a hand in the sisters’ origins and the nefariously undefined “Project Leda” until he burned the facility down in a fit of rage fueled by regret. When Sarah learns that Ethan and his late wife Susan were Rachel’s surrogate parents, and that she and Helena were accidents never intended to reproduce, thus anomalies in an otherwise successful program, he’s used as a bargaining chip for their freedom and access to Cosima. A deal is struck, and Kira bone marrow is withdrawn as Ethan helps Cosima rebuild the original genome in hopes of locating the origin of the defective genes and correct them in the sisters, but he is so distraught over the person Rachel had become and kills himself. This pushes Rachel to a breaking point and she kidnaps Kira. This forces Sarah to surrender to Rachel’s terms and is told her ovaries will be harvested in an attempt to recreate the “mistake” of allowing her and Helena to reproduce.

Helena, having been dragged back to the Proletheans, learns that Henrik had harvested her eggs and fertilized them himself, making him the father of his children as he’d done with all the women on his land. This disgusts her and Mark, and she allows him to run away with Gracie (Zoe De Grand’Maison), Henrik’s firstborn, giving her the time to mutilate Henrik through surgery and burn the ranch down.

Cosima and Kira jury-rig a contraption when they learn Sarah is held in the building and the impending surgery. During prep, Rachel questions Sarah about what Ethan said concerning their origins and destroys Kira’s bone marrow. The outburst gives Sarah the chance to use the makeshift weapon to blind Rachel in one eye and escape with Kira thanks to a mediation between Paul—now back with the US Army—and Cal that gained Marion’s favor.

The sisters unite despite Cosima’s rapidly declining health, but come morning Helena is abducted and taken from Felix’s flat and Sarah goes to meet with Marion to hear her terms. There she learns that Dyad has tried to recreate the clones after Ethan’s sabotage and meets Charlotte, a girl who’s a young clone that shares Sarah’s genome, and though she has a visible handicap that separates her from the sisters, Charlotte recognizes her as an older sister. Meanwhile, Cosima leafs through a copy of The Island of Dr. Moreau given to Kira by Ethan, she discovers cryptic notes concerning the project and possibly the original genome. Marion explains Top Side is working only to further science and medicine, and that they are at odds with the government who’d split the project into “Leda,” run by Top Side, and “Castor,” breeding males for the military. It is then revealed that it is Paul, along with a clone of Mark, who’d taken custody of Helena, and another lives in a glass cube in Marion’s home. 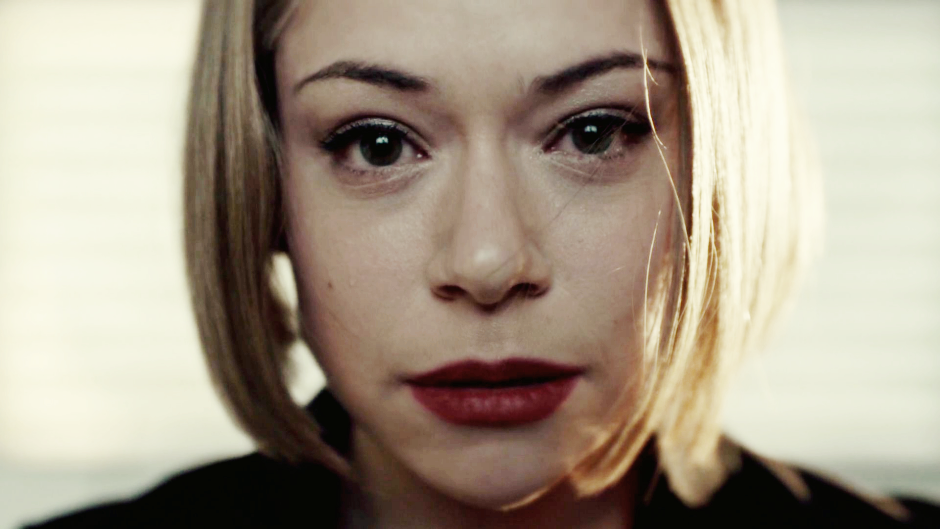 At first glance Rachel appeared a typical corporate head-of-the-table with distinction from her sisters. However, after experiencing her reunion with Ethan, and the internal breakdown along the way, it’s clear who’s the most damaged of all the sisters and perhaps the most layered. After being attacked by Sarah, and her chance at motherhood taken away, I can already feel the heat from the hell she’ll bring with her in the future.

Tony Sawicki not only arrived to tell Sarah what everyone already knew—Paul could be trusted—writers missed scientific opportunity. If you’re tuned into the indie-rock scene, you likely know the lesbian twins Tegan and Sara. Those without a rudimentary understanding of genetics may find it odd as to how twins both have similar sexual identities, but the genetic factors at play there are just as present as those that connect and differentiate the sisters. With personality and biological differences allowing for clones who are gay, straight, exhibiting emotional and psychological disorders, having a sister who transited to life as a man made possible the space to have some hard sci-fi discussions on what links the sisters together and makes them individuals, feeding right into the theme of personal agency that sits at the center of their fight with Dyad. Without it, Tony feels like an attempt to make a clone just a shade different from the rest despite the fact that there’s no shock to clone reveals any longer.

With the mention of military involvement coming early on, and Paul’s blackmail well known, the trope of “super soldiers” was on the horizon and approaching fast. While Paul’s true motives were kept secret, so was his role throughout the season. He continued to be the eye candy of the show and only really provided substance towards the end in drips. I thoroughly expect Paul to be more pivotal to the central plot with the reveal of Castor and Mark’s brother being in uniform, but this season had him fading in with the background, standing there, doing much of nothing.

Sarah’s motivations haven’t been difficult to pin down, but they have been decidedly selfish, which makes her hard to like when so much is going on, especially with her own twin sister. When Helena’s arrested following her barroom brawl, she reaches out to Art for helpbut it feels like a halfhearted attempt, even more so when you consider Sarah’s twin continues to pop into her life like a lost pet yearning for affection. It’s been difficult to gauge Sarah’s emotions towards anyone except Kira, Felix, and Mrs. S. And while it’s understandable given her personality and circumstance, too much of this side makes her appear unlikable. That’s why confiding in Cosima at the height of the finale was Sarah’s most humbling moment in the series so far. By revealing that she’s cracking under the stress, and that a dying sister is her source of strength, we see what show-runners wanted us to see—Sarah is still an angry girl in search of home.

Kira and her god-child touch. As we see Cosima slipping away into death, Kira touches her which induces hallucinations of Delphine and pulls her back to life. While it isn’t explicit, this was a trope I’d hope they would avoid. Kira was shown to have some resiliency when she was hit with a car in the last season, but to reveal her to be too much more than human would be a misstep that could drag the narrative down and build a weak house on a very strong foundation. Orphan Black should take lessons from Dark Angel, a similar show that ended miserably due to making their human experiments much more than needed.

The narrative of Orphan Black is both tight and logically outlined, which makes sure it progresses at a pace that leaves little room for filler, though they occupy every moment of it. This careful plotting is there to support the show’s great strength in delivering its finales. At the end of either season I was left anxiously awaiting what’ll follow, and if the flow between seasons is as narrow in scope of time the better it’ll serve what’s presented, I believe.

To service the plot further as a talent in both acting and writing that make the little family worth caring about. At times I got flashes of Buffy the Vampire Slayer, caring about each member of the gang and how a blow to one really cripples them all. But what’s come, if the promos are to be believed, could possibly crowd the narrative with a cast perhaps too large for a ten-episode run. This means fans will either have to endure some harsh loses not unlike The Walking Dead, or we could enter into a realm of complication with more clones than Orphan Black can handle.

Written by Daniel Rodriguez
Daniel Rodriguez is a freelance writer and author from New York City.
Previous ArticlePerturbator’s ‘I Am The Night’ Due For Re-ReleaseNext ArticleNeon Lights & Dreadlocks: Metaltech (Live Show)
You May Also Like