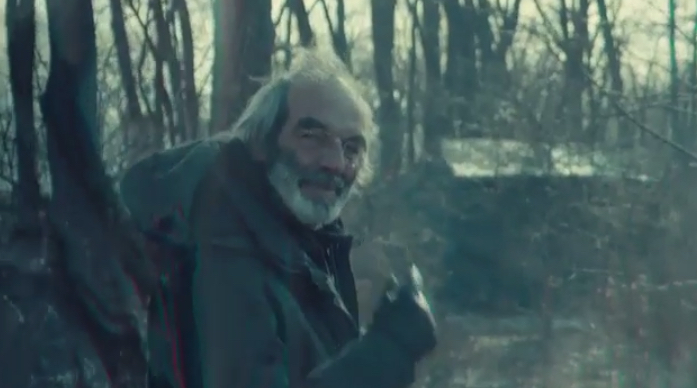 In Orphan Black most recent episode, Evie Cho fosters some good will with the press after promising to bring Bright Born (and jobs) to her impoverished hometown of Tisdale. Rachel and Sarah form an uneasy alliance as they try to track down runaway Bright Born surrogates in an effort to depose Evie and place Susan back in power of Neolution. But a missing Duko puts Evie on the defense, and she sends Roxie to follow the same lead. 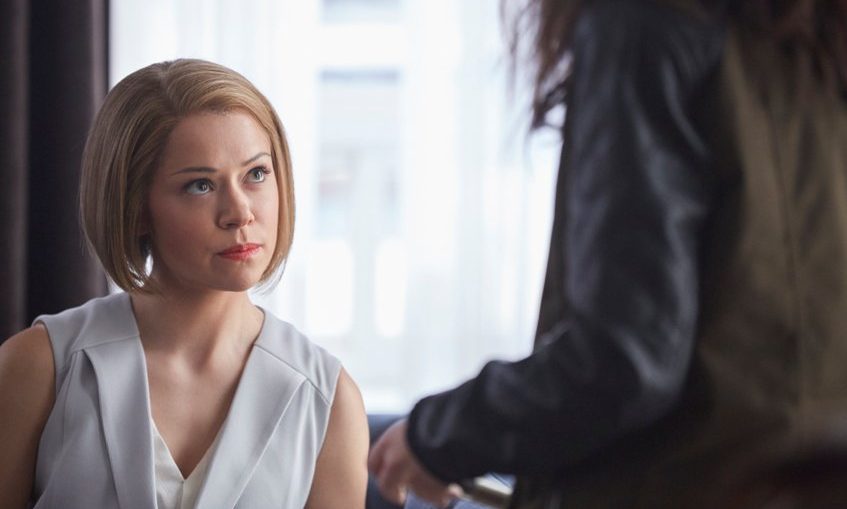 Alison and Donnie reunite once he’s let go from prison and the two decide to skip town. Sensing something is workng with her sisters Helena shows up as Alison is at the mercy of Evie’s enforcers and kills him with a makeshift bow and arrow. This reminds Felix that things are a bit too insane and he sends Adele away so he can focus on his family. 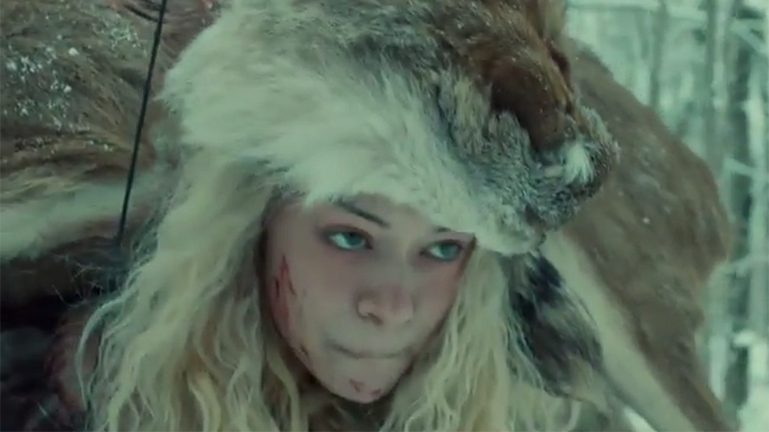 Cosima and Susan start off a tepid working relationship as their blastocyst matures. With not much to do on this island, Susan allows Cosima to read up on Neolutionist history, something Charlotte is eager to share with her.

Though Ira and Rachel undercut Sarah when her maternal feelings keep her from pressuring the surrogate to come forward, things work out when Rachel uses footage of a botched Bright Born birth to get Evie talking about euthanasia at the facilities to preserve the company’s image on video. During a press conference  to announce her gene editing bots, members of the media are all bombarded with messages from Ira, showing the botched birth and Evie’s candid confession, ruining her press conference. 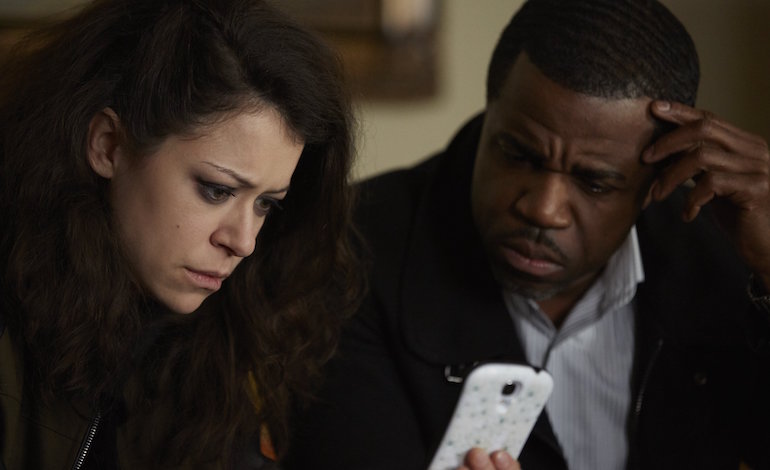 The reign of Evie Cho seems to be over for the most part. Rachel played her hand pretty well by working with Ira and placing herself above her mother in the Neolution fight. With nowhere for her to go for now, perhaps we’ll finally get a meeting with the controlling faction of Neolution to determine what will happen going forward now that Bright Born has been vilified in the media. But that’s not the most interesting thing to happen with Rachel.

While reading PT Westmorland ‘s tome, Cosima learns from Charlotte that the house is situated on the south end of the island, leaving a great deal of it unexplored. This ties into the glitching Rachel has received throughout this season of Orphan Black. It’s gotten worse. Though “worse” is perhaps the wrong word. Advanced seems more appropriate as longer clips of video show her a commune of people living in some cold wilderness, presumably somewhere north of Susan’s house. 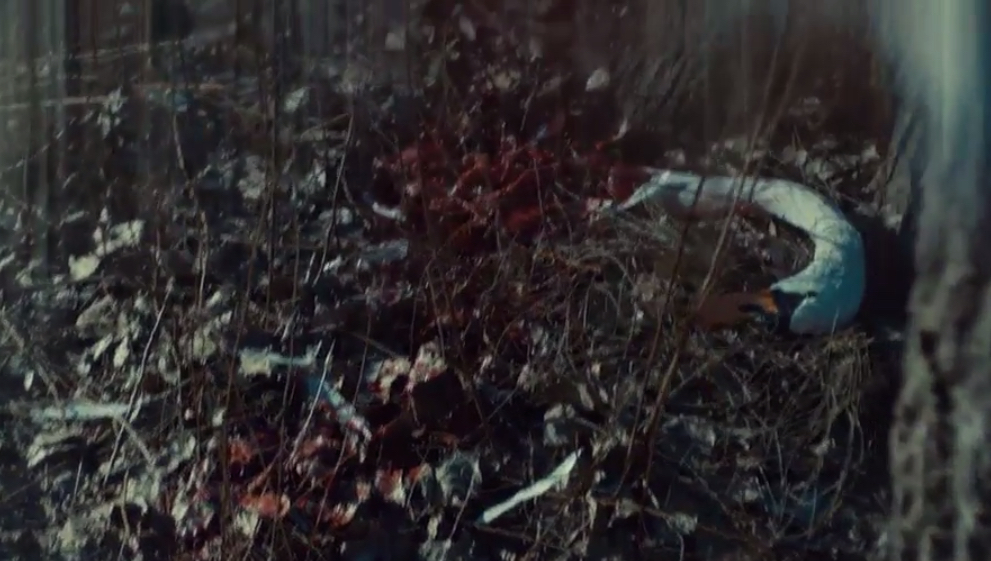 We don’t get much from these glitched clips except that the huts they live in are adorned with archaic writing and symbols. They’re also not too fond of swans, which is a not-so-subtle link to Neolution’s biggest success to date. And though these images tell us that someone has either embedded a message for Rachel in her eye or are communicating through some link, we finally learn who stole Delphine’s bleeding body from the Dyad garage. 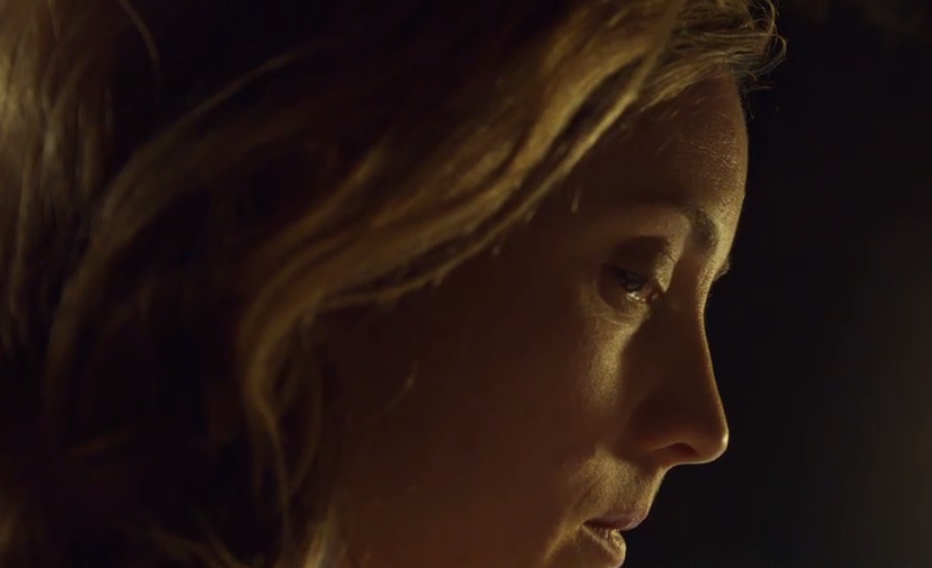 We have no idea what she’s been doing with these people or their affiliations, but there’s enough presented that makes a confident link to Neolution from the bearded man in most of the clips. Could these be former scientists breaking rank with the official structure? Is that why Delphine has joined their community?

Written by Daniel Rodriguez
Daniel Rodriguez is a freelance writer and author from New York City.
Previous Article‘Style over Substance’: A Review on Machete Girl 8.4Next ArticleThat Time Rick and Morty Went Full Cyberpunk
You May Also Like