This week in cyberpunk is full of familiar titles such as Terminator, The Matrix, the dreaded Ghost in the Shell, BLAME!, Orphan Black, and a few you may not have heard of. Meanwhile, back in our desolate cyberpunk reality, the US Congress works to strip our few remaining digital privacy laws away. At least Bruce Sterling has some words for our future. 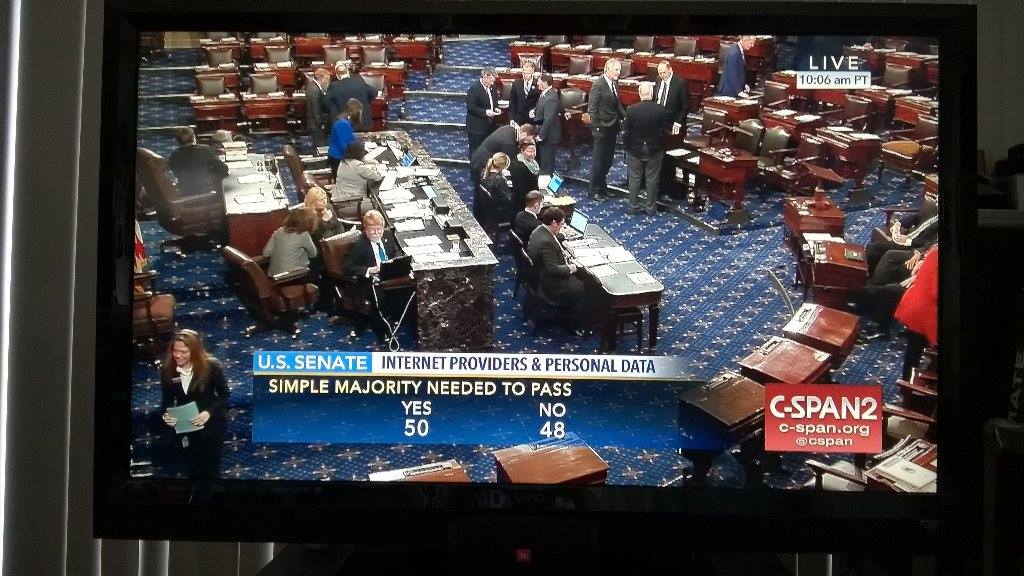 The US Senate has voted with a simple majority to allow ISPs to share your personal data with whomever they please for profit with a repeal of FCC privacy rules. The House of Representatives still has to vote on this bill, and with this kind of split it an organized call to action can push this over to the fail side. If this repeal goes through, it is a crushing defeat for freedom online and privacy.

Bruce Sterling’s State of the Nation Speech at SXSW 2017

Every year at SXSW Bruce Sterling gives a “State of the Nation” address. Being one of the founding fathers of cyberpunk, these are always fascinating and deal with technology and the future. This year he addresses “the technological obsolescence of humanity, the robots-will-take-our-jobs, AIs-will-do-everything, Universal-Basic-Income despair that there is no reason for us to be here anymore.”

The Russian hacker Mark Vartanyan, 29, who developed the Citadel Trojan virus that has infected 11 million computers worldwide with ransomware and costing victims an estimated $500 million dollars, has pled guilty to computer fraud. He faces ten years in jail for his crimes.

As we rapidly approach the release of Scarlett Johansson’s Ghost in the Shell, there has been a huge drop of new clips exploring various aspects of the movie. The one that I found the most interesting was the design video about the Major’s apartment. I’ll link the rest below:

An interesting promo featuring facial hacking from the company P.I.C.S.

Our first look at cyberbrain hacking in the new Ghost in the Shell.

A promo for a new Tachikoma “Smart Toy.”

Some of the concept art for the new Ghost in the Shell.

The first five minutes of the new Ghost in the Shell movie.

Undoubtedly over the next week leading up to the movie’s release, we will be bombarded with even more. If the new Ghost in the Shell is successful, we may see a new golden age of cyberpunk films.

In the wake of the buzz surrounding the new Ghost in the Shell, Warner Bros. has begun actively pushing to adapt the Akira manga/anime as a live-action film in Hollywood. They’ve had the rights since 2002, and gone through five directors failing to make an adaptation. The two new directors being looked at to helm the film are Daniel Espinosa (Life) and David Sandberd (Lights Out).

On the heels of an announcement that James Cameron may be returning to the franchise, David Ellison of Skydance Media, the current rights holders of the Terminator franchise, has announced that they will be making a big announcement sometime in 2017 about the “bright” future of the franchise. Tim Miller, the director of Deadpool, is being eyed to direct the film. Does Terminator still have life in it?

The Netflix original movie adaptation of BLAME! has just cast Saori Hayami as Sanakan, a sentient AI known as the Safeguard within the Megastructure that BLAME! is set in. 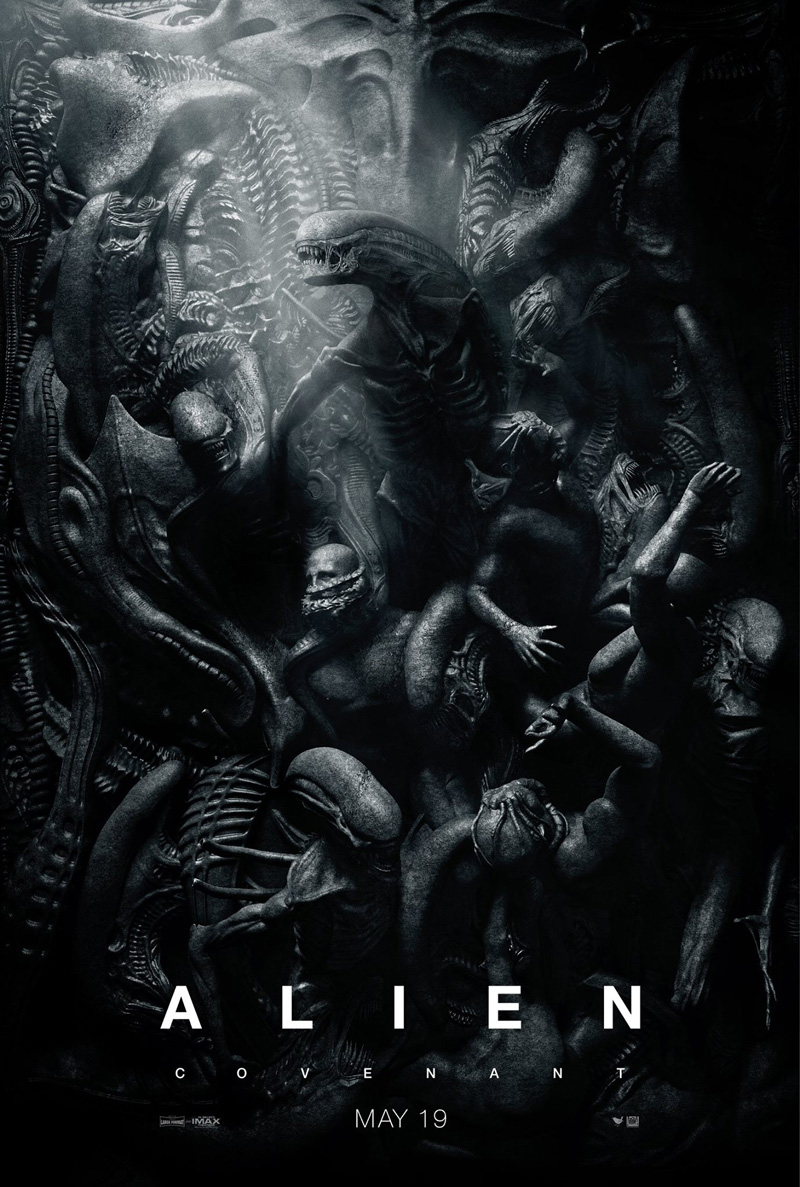 20th Century Fox has released a new poster for Alien: Covenant that seriously elicits the Alien Queen which appeared in Aliens. Covenant really is shaping up to tie up a lot of the Alien universe’s mysteries.

The are rumblings at Warner Bros. that they are working a new installment in the Matrix franchise. Zac Penn (script writer for Ready Player One) is currently in negotiations to pen the script. Micheal B. Jordon is currently the biggest contender for playing the lead in this installment, leading to rumors that he may be playing a young Morpheus. Prequel maybe? Frankly, I’m more interested in a post-Neo Matrix, but really I’m up for any return to the Matrix universe, even if I am may be very critical of it – I’m looking at you Ghost in the Shell. 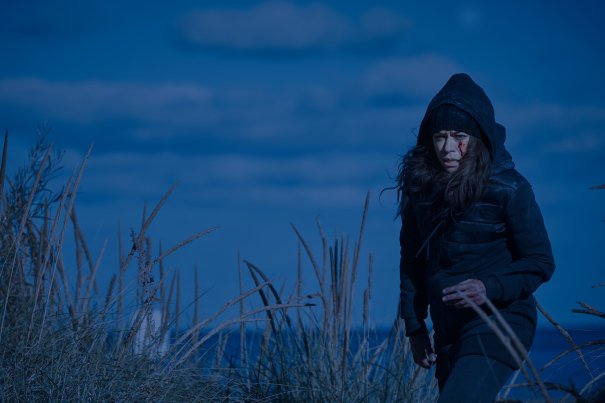 Orphan Black will be returning to screens in a couple of months and to herald this return, BBC America has released a crop of new photos from the shows upcoming fifth season. You can check them out here.

Timothy Spall has been cast as the lead in the first episode of Phillip K. Dick’s Electric Dreams, a Black Mirror-esque anthology show based on the works of Phillip K. Dick, entitled The Commuter. The official synopsis of this episode is:

“It’s the story of Ed Jacobson (Spall), an unassuming employee at a train station who is alarmed to discover that a number of daily commuters are taking the train to a town that shouldn’t exist.”

Water Hunters in an excellent cyberpunk short film from the studio IBRIDO that effectively highlights the global water crisis. It is written and directed by Salvatore Centoducati and Massimo Ottoni. For a short with no actual dialogue, they do a great job fleshing out characters, the world, and a story.

Haxx Deadroom is a cyberpunk short film that is in the post-production phase of their development and are looking for some assistance in finishing their film on Indiegogo. The film’s official plot synopsis is:

Set weeks before Y2K, HAXX follows the members of an Internet-cult called V-Life, whose leader promises to save his followers from the coming apocalypse by uploading them into cyberspace. Unwillingly caught in the middle of the suicide cult, technophobic Linda must escape from the group’s ruthless leader before he forces her to become the cyber-martyr he needs to complete the upload process. 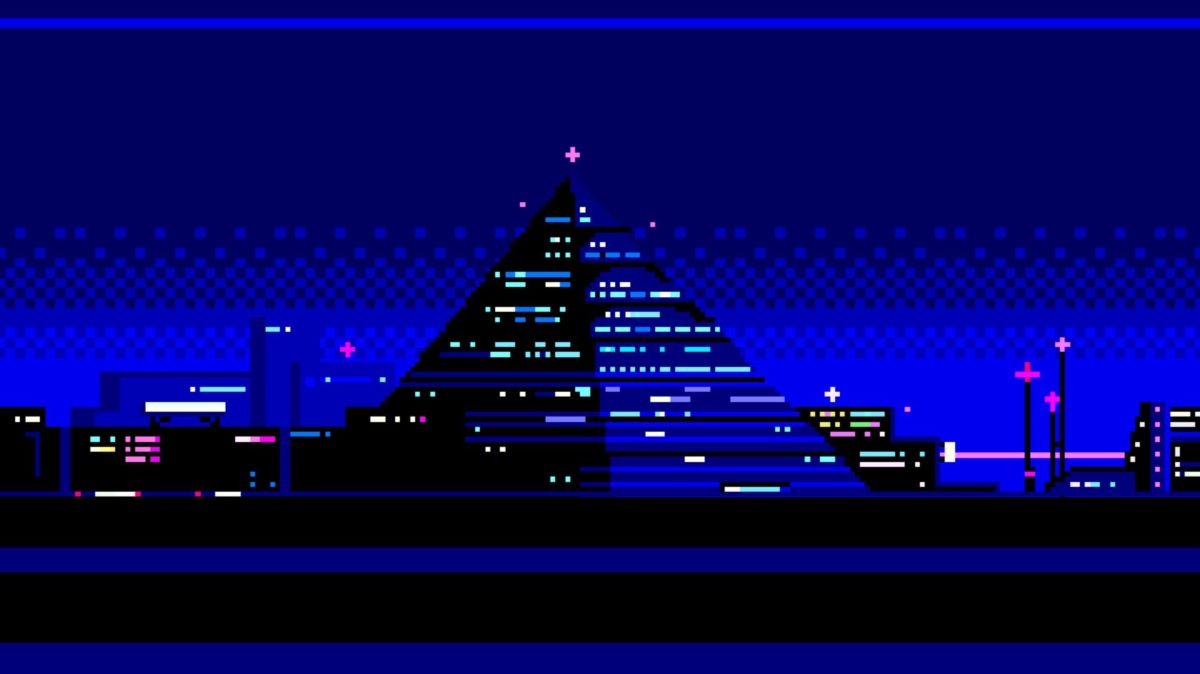 Norco is a new cyberpunk adventure game that focuses on a small town in a cyberpunk future of Lousiana. The plot hook for the story is that you are returning home after hearing of your mother’s death, who was a researcher with many shady business ties. You can download a demo of the game here or play it in your browser.

Narita Boy is a platform cyberpunk video game that is currently running on Kickstarter but only for a few more hours. The official synopsis of this epic cyberpunk fantasy game is:

You are Narita Boy, a legendary digital hero in an epic quest through simultaneous dimensions.

The digital kingdom is under attack and you are called as their last hope of survival. Explore a vast world to find the techno sword, the only effective weapon against the threat.

The aesthetic of the game is inspired by retro pixel adventures (Castlevania, Another World, Double Dragon) with a modern touch (Superbrothers, Sword and Sorcery) and an 80s plot homage (Ready Player One, He-Man, The Last Starfighter),  accompanied by the retro synth touch of the old glory days.

Did we miss anything this week? Let us know down in the comments below or on social media.

Written by Isaac L. Wheeler (Veritas)
Veritas is a cyberpunk and writer who enjoys all aspects of the cyberpunk genre and subculture. He also journeys deeply into the recesses of the dissonance exploring his nihilistic existence. If you'd like to contact Isaac L. Wheeler (Veritas), the founder and editor-in-chief of Neon Dystopia, you can do so here: ilwheeler.founder@neondystopia.com
Previous ArticleThe Alternative Soundtrack to Ghost in the Shell – with Lennon, Cornelius & the sounds of AINext ArticleTrans-Sentient Aims Big, Does Better When its Focus is Small
You May Also Like