1995’s Judge Dredd suffers from many of the same issues that the new Star Trek reboots have had to deal with. Although the movie is entertaining, it is not honest to the source material. This makes it a good movie, but not a good Judge Dredd movie. No one involved in the movie’s production was happy with it either. Danny Cannon, the director, was frustrated because the movie was repeatedly re-cut to meet rating standards. It went from NC-17 to R to PG-13. Sylvester Stallone, who played Judge Dredd in the film, was unhappy with the tone of the film saying to Uncut Magazine in 2008, “It didn’t live up to what it could have been. It probably should have been much more comic, really humorous, and fun.” Then the creator, John Wagner, didn’t feel that it properly represented the comic. For the fans one of the biggest issues is that Judge Dredd removes his helmet in the movie. In the comics, we never see Dredd’s face. 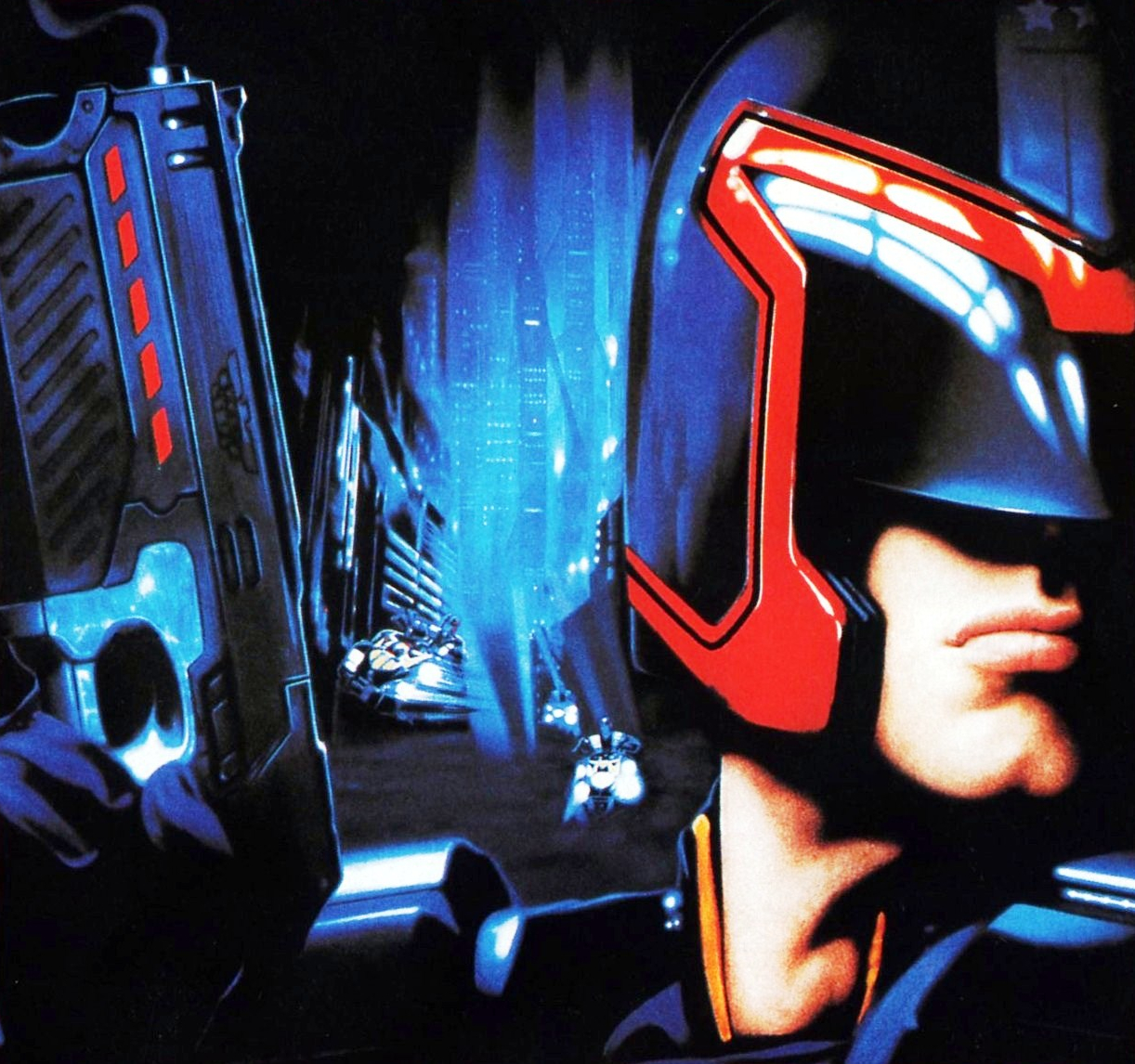 In the movie, like the comics, Judge Dredd is the premiere Judge in Mega City One. The Judges are the law, as Stallone famously screams in the movie, “I AM THE LAW.” They are the judge, jury, and executioner in a world of rampant crime. Dredd is framed for the murder of an investigative journalist who is going to expose corruption within the Judge’s hierarchy. The murder was actually committed by a clone of Dredd, named Rico. Rico is the perfect criminal, whereas Dredd is the perfect lawman. In fact, both of them were genetically engineered in a plot to create perfect judges called Project Janus. Judge Griffin, one of the leaders of the Judge Council and creator of the Janus Project, orchestrated Dredd’s incarceration to prevent him from stopping his take over the council to impart more severe controls on the people of Mega City One. The plane carrying Dredd to a penal colony crashes in the wasteland outside the city, the Cursed Earth, allowing him to escape and prove his innocence. After returning to the city, Dredd uncovers the plot of Rico and Griffin. With the help of his friend, Judge Hershey, they take down Griffin and Rico, and stop Project Janus from being restarted.

According to writer Steven E. de Souza in an interview with Den of the Geek in 2013, the final version of the script was completely different than the version that he originally wrote. This was due to Stallone demanding changes to the script to make it less violent and more comedic. This was so bad in fact that Danny Cannon swore he would never work with another big name actor again. The original movie was much more violent, originally being rated NC-17, and the tone of the original script was much darker and satirical. Perhaps if Cannon had been allowed to create the movie as he intended, we would have gotten something closer and more honest to the comics. 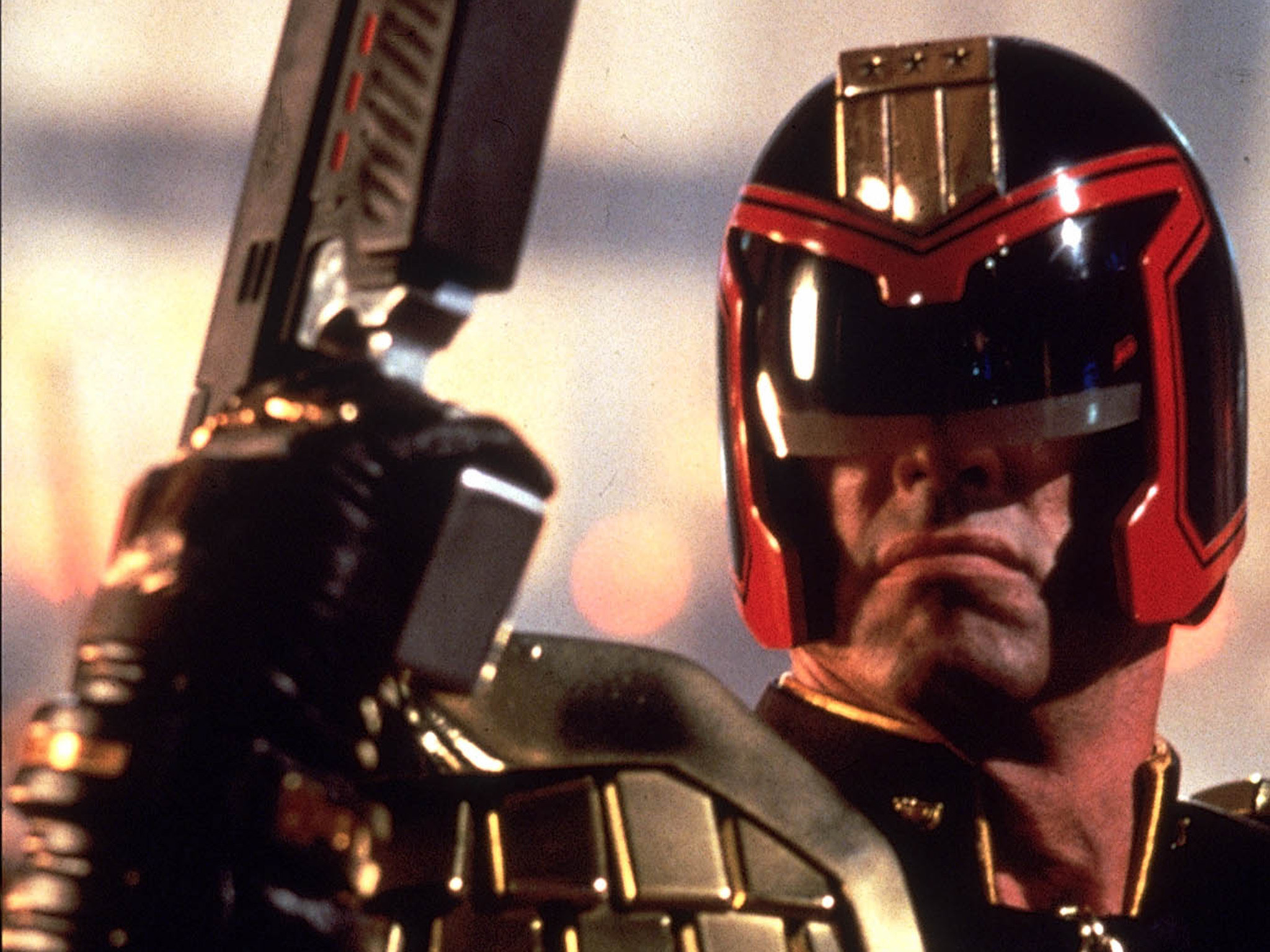 The movie that we got though wasn’t. The plot itself, despite not being perfectly honest to the comics, is pretty good. It included elements from a number of Judge Dredd comics including The Day The Law Died, as well as The Judge Child, The Return Of Rico and Block Mania. The plot follows the Hero’s Journey, as described by Joseph Campbell, very closely. Perhaps this is symptomatic of the movies original, better, writing. There are an unfortunate number of obviously added comedic moments in the film that serve no useful function. The best example of this is the entire character of Fergee played by Rob Schneider. Although the character does exist in the comics, in the 1995 film he serves no purpose beyond comic relief and could be excised from the film to no serious detriment.

The movie’s acting is generally terrible, with the exception of Diane Lane as Judge Hershey. Lane’s acting in the film was good enough to drown out some of the terrible performances by better known actors. Stallone for instance, really doesn’t bring life to the character of Dredd. Perhaps, this was because he was so fed up with the film. That being said, much of Stallone’s stilted dialogue has become iconic, especially the, “I AM THE LAW,” scenes. There is also no character growth in the film. The closest we get is Dredd accepting that Judges can be fallible.

One of the movies biggest strengths though, is the setting. The shots of Mega City One are beautiful. Some of the street shots could be right out of Blade Runner if you darkened them. Practical effects are used to good effect in all of the crowed street scenes. You really get to see the punk/low life part of Mega City One in these scenes as well. The Cursed Earth is very well established in the movie both through foreshadowing, and when we get to visit it midway through the film. The costumes are also very well done, which is not surprising considering that we were designed by Gianni Versace, the famous fashion designer. They are about on par with the costumes created by Jean Paul Gaultier for the Fifth Element, although less wacky.

Judge Dredd remains a relevant property today, as police violence and protest suppression happen seemingly everyday in not only the US, but in most countries around the world. As the planetary population continues to swell and the economic equality continues to create situations that cultivate crime, the world of Judge Dredd feels closer than is comfortable. An out of control Police State? That might be just outside your window.

I had avoided watching the 1995 version of Judge Dredd for a long time because of it’s reputation with fans. When I finally caved and gave it a try, I was actually surprised how much I enjoyed it. It is not a perfect film, and I’m saddened to know that it could have been much better. I’d love to see a restored, more violent, version released. If you are looking for a a fun action flick with great visuals, then Judge Dredd is a good choice. It won’t leave you bored, but it isn’t going to expand your mind either. And if you are a fan of Judge Dredd, you are going to have issues with it being unfaithful to the source material. If you can get past these issues however, it is a fun watch that will get you thinking about the police state.

You can purchase the Judge Dredd DVD here or get it on Bluray here.

Written by Isaac L. Wheeler (Veritas)
Veritas is a cyberpunk and writer who enjoys all aspects of the cyberpunk genre and subculture. He also journeys deeply into the recesses of the dissonance exploring his nihilistic existence. If you'd like to contact Isaac L. Wheeler (Veritas), the founder and editor-in-chief of Neon Dystopia, you can do so here: ilwheeler.founder@neondystopia.com
Previous ArticleLast Week in Cyberpunk 9/9/16Next ArticleA Conversation with Ren Warom, Author of Escapology
You May Also Like 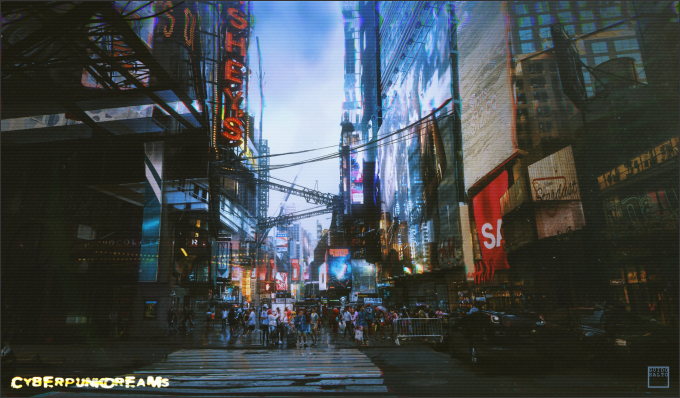