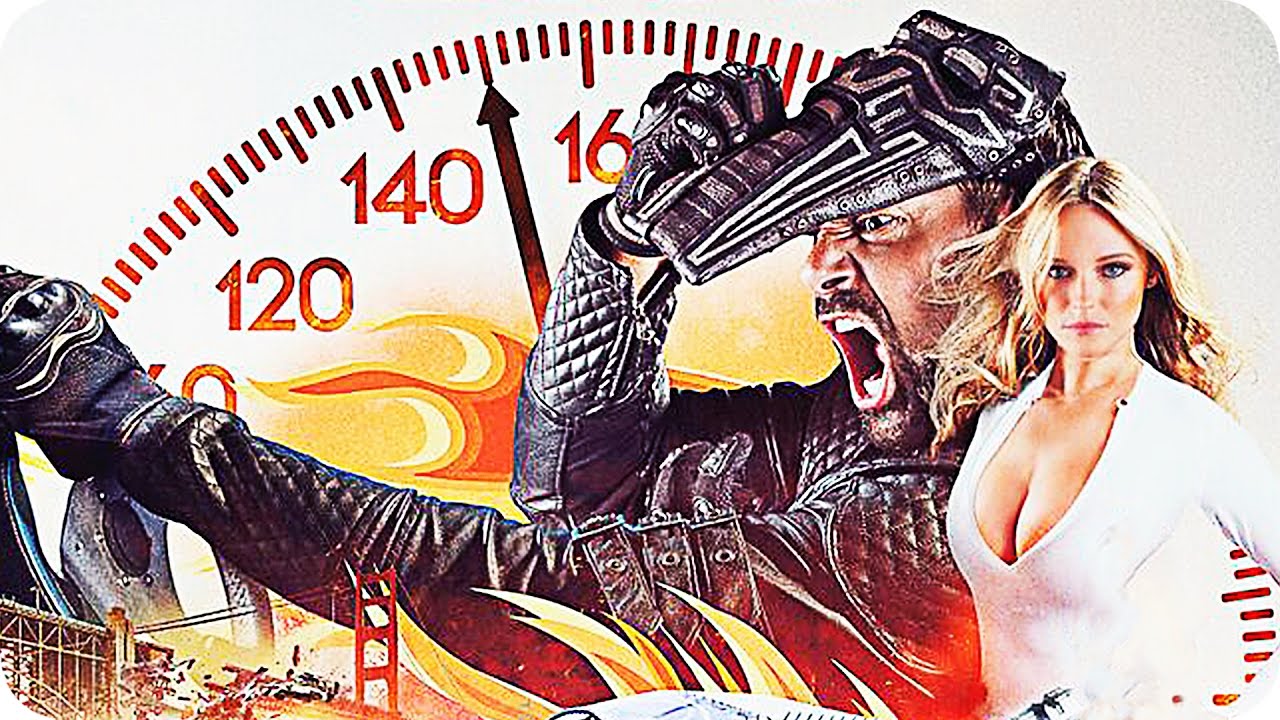 The classic Death Race 2000 by acclaimed director Paul Bartel, though dated and about as subtle as brick to the head, paved the way for a new breed of dark comedy (and inadvertently causing the first wave of media ire over violence in media). The series was then rebooted, a stark thirty-three years later, in a sanitized, PG-13 mess that cuts out the whole late stage capitalism/overpopulation thing and is just a movie about Jason Statham trying not to get shanked in prison with races making up less than a quarter of the film. Directed by industry kicking dog Paul W.S. Anderson, the film successfully channeled the worst aspects of his apocalyptically bad Resident Evil sextology (abysmal acting, art direction that consists solely of concrete walls, terrible script, etc., etc.) and performed just about as well. For reasons unknown, the fine people over at Universal Studios, clearly enthralled with the 43% Rotten Tomatoes score and middling commercial reception, decided that two more prequel were necessary, but scaled up and bafflingly, released direct to video. 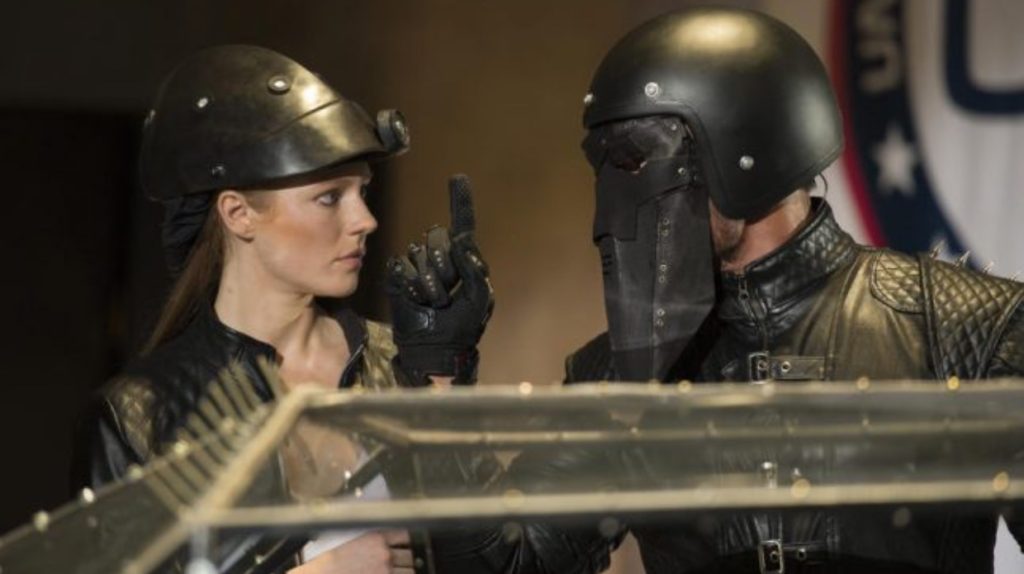 The next two films, Death Race 2 and Death Race 3: Inferno tackle the backstory of the legendary Frankenstein (who violently explodes in the first five minutes of Death Race). Replacing Jason Statham with the infinitely worse Luke Gos, the prequel films are even more of a waste. Death Race 2 and 3 are the absolute embodiment of the worst aspects of that god-awful late 2000’s era of film; a brutal action films holding themselves back to gain that PG-13 rating and compromising any creativity that may have arisen during the production with horrific editing. With the remake trilogy finished, it seemed like that was it for Death Race. Beholden to the same fate as Predator or Robocop; shamelessly brought back and left for dead. Fast forward to 2016 and in steps legendary independent producer Roger Corman, a man who has not made a single good film in the last twenty years. Corman promised a faithful sequel to Death Race 2000, and from that loose promise was born Death Race 2050.

Death Race 2050 is a “sequel” to the original cult classic that is frankly, just embarrassing. The film deliberately channels a lot of Idiocracy into it’s writing, with a populace that refuses to be satiated with anything but violence and materialism with a corporate elite lording over them. Despite the solid premise, Death Race 2050 manages to land about two jokes throughout its entire 90-minute runtime and nothing else. Buzzwords like Virtual Reality and SSRI’s are thrown around with little meaning or consequence, and in instances like the latter border on offensive. Honestly, it’s like watching an early 2000’s parody movie. The characters, while some are entertaining deconstructions of aspects of our society, such as a southern cheerleader turned cult leader who exclusively worships pop culture icons to an A.I. driven car that questions its programming parameters when endangered, are absolutely ruined. They are delivery devices for some of the most vile, crass humor that I have ever had the displeasure of seeing. Frankenstein himself, the poster child for the franchise, has less than twenty minutes of screen time throughout the entire film, receiving no development whatsoever (save for a brief aside where he chooses killing adults over disabled children) just stating his motivation and then following through at the end of the movie, briefly halted by an unnecessary romance totally inconsequential to the overall plot.

The production value is just absolute garbage, with everything that can’t be held in the actors hands just superimposed via green screen. Backgrounds range from google street view screenshots with the same warping effect you get on phones to stock photos I was easily able to recognize they were so iconic (The gore also bears mentioning here, it looks like ground beef left in the sun for hours). Gunfights are a two shot affair, with one showing the firing gun and another showing the impact of the bullet, an obvious editing limitation. Fistfights are so tame and poorly choreographed I can say with utmost certainty that actors were performing their own stunts. Cars are visibly paper mache and cardboard constructs, held together by tape and glue and clearly restrained to one, boring film location consisting of the same sun-dried grass and dilapidated housing throughout the supposed coast to coast journey. In fact, there are some instances where sets are re-used and framed as different locations in time spans of less than 45 seconds. The soundtrack, what parts were distinguishable over the shockingly bad audio mixing, was a painfully generic rap-rock/nu-metal hybrid devoid of any semblance of originality. 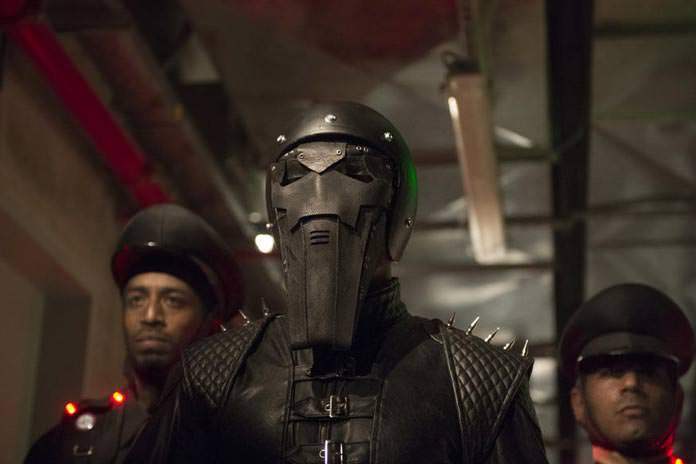 Death Race 2050 is just an unabashed trainwreck from start to finish. The commentary it does put forward of a late stage capitalist society ring hollow and retrace steps on a path already walked by the original, and whatever new ideas it tries to push are completely lost beneath its absolutely vile presentation and horrific writing. Death Race 2050 is more solidly a cyberpunk movie than any of the other installments, but I’m not sure that it justifies this direct to DVD atrocity, decide for yourself.

If you are interested you can get a copy here.