Though it’s been explored on Incorporated before, the sole focus of “Profit and Loss” was the construct of debt. It’s finally revealed to be at the center of the inciting incident for the series’s main story. This episode meanders a bit between time periods to make that point, but taken in as a whole “Profit and Loss” illustrates how debt is something that exists outside of financial transactions and guide the decisions of its characters.

The family debt to the bank, something Elena rightly cited as being inescapable, finally caught up with her father. When the family business is fire-bombed for failing to pay protection, and no scholarship with an accompanying grant on the horizon, Elena’s father is swiftly arrested for the money he owes. After a short stint in debtors prison, the conditions made him sick enough that he wouldn’t last very long. This is in keeping with a traditions of prisons incarcerating people for even the most meager sums in hopes of recouping their money through labor, going well beyond the days of Colonial America. Many people might be ignorant to this fact, but they’re in use today in countries like the United States.

What makes these prisons especially nefarious, real and fictitious, is that they’re designed never to let the prisoners leave at the originally sentenced date. As Elena found out, the amount her father owes through the bank is too much for him to ever pay back. Even is she and Theo were to willingly subject themselves to the unhygienic conditions and brave illness to work off their father’s debt, the family would have to labor a century each to make up the amount borrowed and the interest. It’s slave labor in perpetuity for failing to meet payments.

So Elena is left with the impossible choice of letting her father die in squalor or submit herself to sexual slavery in order to free him with her sign-on bonus and leave a bit of cash for family to use to get back on the right financial track. All options available pointed towards slavery to one master or another. 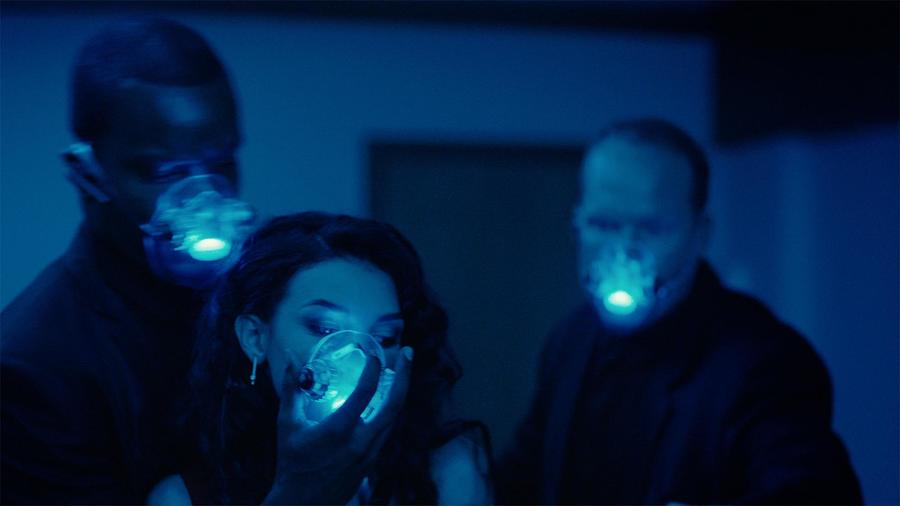 Debtors bouncing between debt owners is something Incorporated argues is done by design rather than poor planning on the part of the borrower. Through flashbacks we see how trying to get out of debt with one institution seems impossible until another, equally or much more powerful player offers up the means to pay it off. What this does is it keeps the debtor forever bouncing between these two ends while always questioning the state of their autonomy. And people always prefer this to the physical confinement of prison or indefinite poverty.

One reason why the construct of debt resonates so much is because it’s one of the more innate functions of capitalism. Without too much education everyone understands how corporations, banks and powerful people profit and how loss is the fate of the majority. This transaction between parties takes a different shape between people. There the currency is favors and promises extended from one with the expectation that when called upon it will be repaid, which explains how Ben got over the wall and into the bit of trouble he’s in now.

When Ben–living as Aaron–finds out Elena has signed over her life in order to get her father out of debtor’s prison, he turns to drinking in a red zone hole-in-the-wall where he finds Hendrick schmoozing Spiga execs. Though he doesn’t want to rat on a fellow climate refugee, not to mention Hendrick showed him how to excel at more complicated hacks, Ben wastes no time calling a debt Hendrick owes him. Not just for his silence regarding Hendrick’s assumed identity, but for being abandoned. As a criminal team there was an agreement that work together would result in profits split, until Hendrick found a better deal on his own, leaving Ben without options but to turn to a cruel boss that inadvertently pushed Elena towards prostitution.

This implied promise led the way for explicit ones from Ben to Theo, from Theo’s father to his children, and between pretty much any two characters that interact in Incorporated. The transactions between people always imply that when one party acts on behalf of the other, the debtor owes that person. This practice is so ingrained in human culture, how could anyone not cower in fear of looming debt, when they owe far more than they had ever agreed to pay? How could they not seek out extremes, the only place where tangible solutions seem to be available? 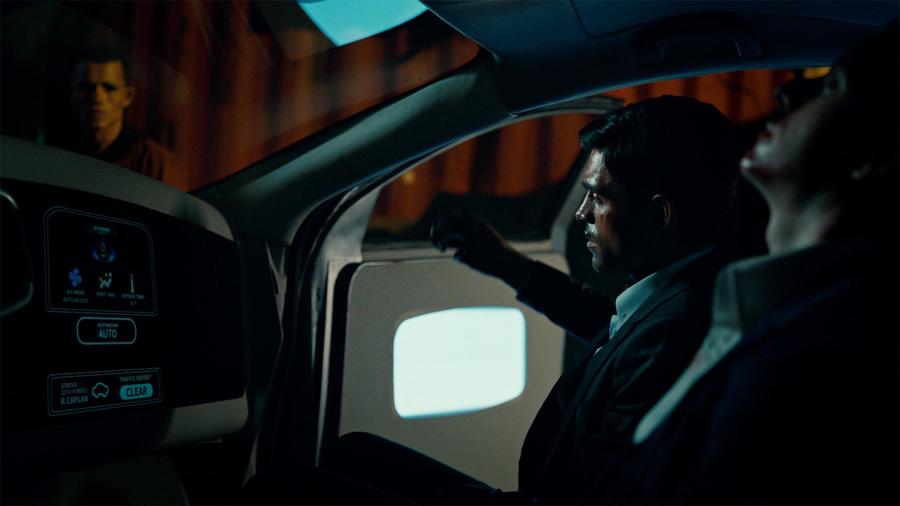 Debt agreed to between parties with equal leverage comes off about as close to fair as you can get. But Incorporated likes to juxtapose the obscenity in differential power between red and green zones. Roger’s been a good ambassador of that wealth, using the red zone as his personal playground, and the people there like his property. Though his expressed ambition will eventually lead him to act out a violent fantasy against his father in a boardroom setting,  Roger’s method of getting there relies on using and abusing those beneath him. Like those who have the will to use debt owed to them as a weapon (often inflated through arbitrary interest rates that exponentially increase that amount) Roger manipulates institutions of the poor like public schools and spits on red-zoners like Elena in an effort to get them to bend to his will. And those who refuse to bend to his demands suffer the indignant wrath of this small king. How fitting it was that his story came to the end at the hands of a red-zoner.

Small-scale class warfare comes to a head when Spiga Execs meet in the ruins of Elena’s family business. Having figured Ben’s identity theft, Roger plans to extort, then double-cross his co-worker, assuming his role on the upper floor of Spiga, then turning Ben over to company security. Again, reaching beyond the bounds of a deal brokered, Roger intended to get the new job promised to him in exchange for his silence, yet he always intended to turn Ben over. Roger sums up the privilege of green-zoners (the affluent who get to set the rules of debt and capital). While Ben is pure red-zoner (crippled by the rules of capitalism as imposed by his affluent masters). Ben is quite literally without recourse, and turns to killing Roger. While this preserves Ben’s position, allowing him an opportunity to rescue Elena, choking the life out of Roger is nothing short of a cathartic exercise on behalf of the red-zoners. It’s the closest anyone from Ben’s old camp has ever gotten to a Spiga executive and been able to tell them what they think about the rules of Incorporated and how they affect the majority.

Written by Daniel Rodriguez
Daniel Rodriguez is a freelance writer and author from New York City.
Previous Article‘Open and shut case if I’ve ever seen one’: A Review of Control TheoryNext ArticleLast Week in Cyberpunk 12/30/16
You May Also Like

What does Italian Futurism have to do with Cyberpunk?
October 5, 2016