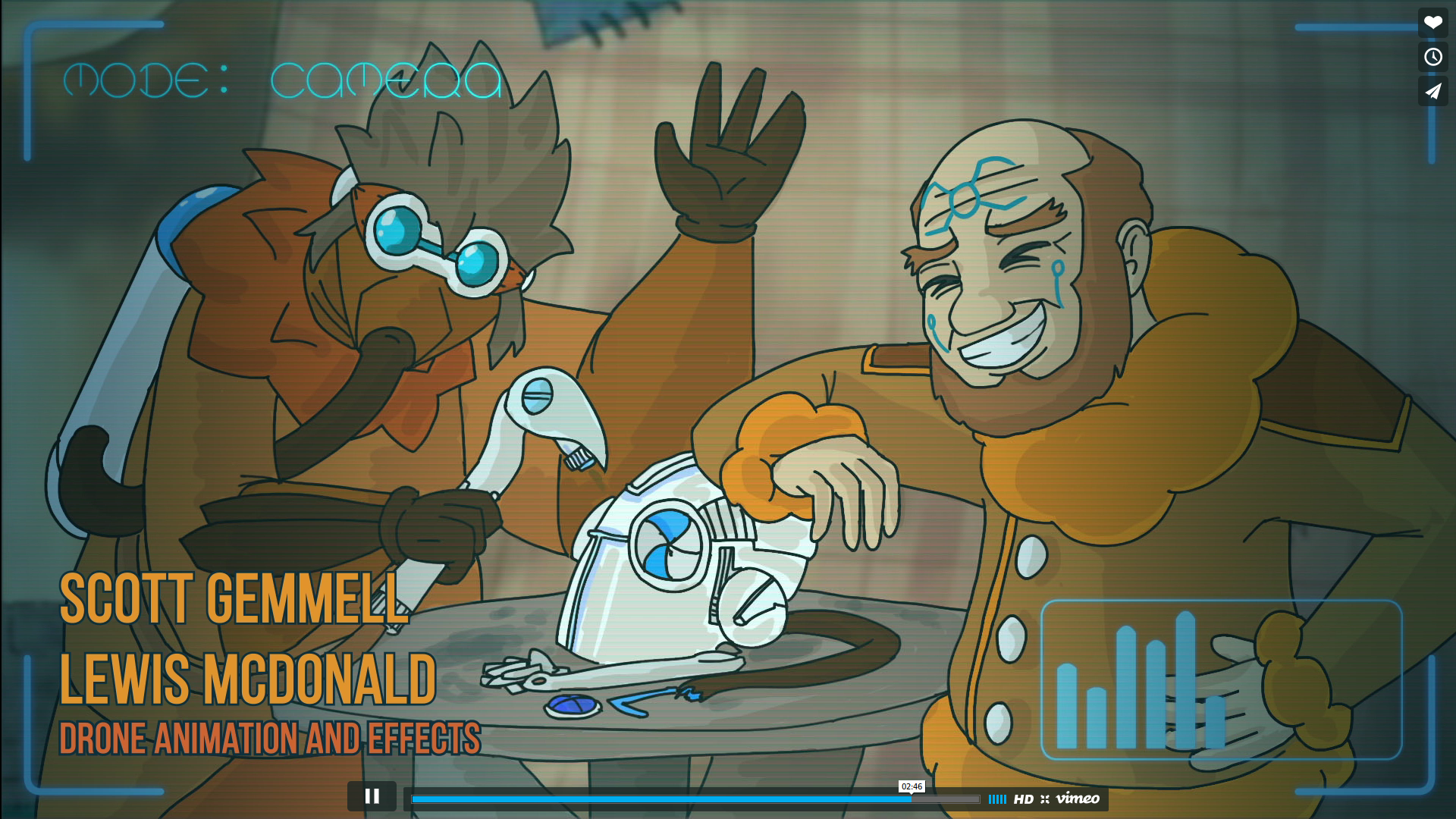 Drone is a short animated film that despite being very post-apocalyptic manages to nail cyberpunk. The creators, Connie White, Vicky Stephen, Magda Radoch and Stephen McAdam, are students at Duncan of Jordanstone College of Art and Design, Scotland. The music, Luaidh,  is provided by Niteworks. Together, they created this fun short as a project, and managed to make my day.

I found the end of this short striking, because it flies in the face of most of these Terminator-esque apocalyptic futures. The Skynet, robot revolution is almost always used as a cautionary tale about why automation (and technology) is scary. In this film, the unnamed protagonist returns home after defeating a hunter-killer drone, a robot whose goal seems to be to hunt humans, and uses scavenged parts to construct a camera drone. This tinkerer/maker/DIY ethic is at the heart of cyberpunk. There is unspoken theme of, technology isn’t inherently bad, it’s about how you use it. That really appeals to me, and set against this tribal Celtic backdrop it also shows us another way that technology can bring us together rather than create isolation.

Written by Isaac L. Wheeler (Veritas)
Veritas is a cyberpunk and writer who enjoys all aspects of the cyberpunk genre and subculture. He also journeys deeply into the recesses of the dissonance exploring his nihilistic existence. If you'd like to contact Isaac L. Wheeler (Veritas), the founder and editor-in-chief of Neon Dystopia, you can do so here: ilwheeler.founder@neondystopia.com
Previous ArticleLast Week in Cyberpunk 7/8/2016Next ArticleLa Jetée is a Still Journey Through Cyberpunk Time
You May Also Like