Commonly, stories about alien invasion either display staunch opposition to their hosts or blind acceptance of visitors to their world. Where Colony differs is in its decision to focus on mutation, of society and people into alien creatures themselves.

Broussard has been identified by the DHS, not only as living with a false identity but also having a pre-invasion history with military and intelligence, outing him as something of an equal to Will in training and capability. As Broussard cleans up his tracks, faking his death to throw the DHS off, he’s forced by Quayle to consider the seriousness of their situation now that he, a spy for the resistance, has been outed. He’s left with the decision to either kill Katie to protect the rest of the resistance or die in her place. 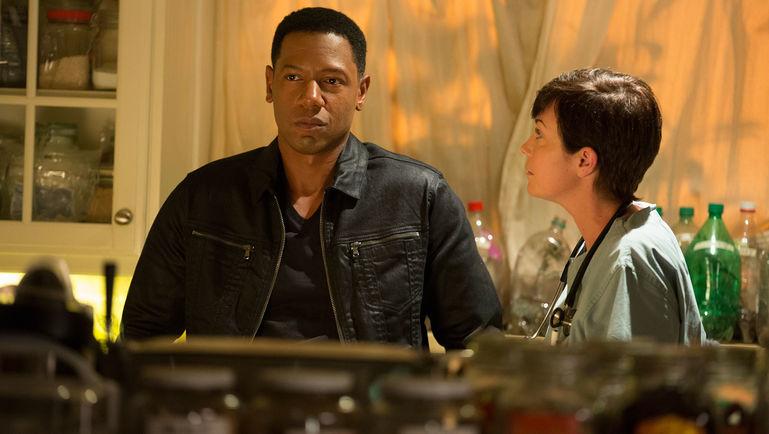 If only to keep up appearances, Katie outs Broussard’s home when Will comes with evidence that he’s a regular at the Yonk, connecting the two, but warns Broussard before the DHS can make it to him, saving him from capture and Quayle’s attempts to silence him. But even though Will missed his man, he did manage to locate a copy of Joseph Conrad’s Nostromo, which is used as a cypher between resistance agents to decode messages, a book which Katie is also reading.

Two things are apparent in this Los Angeles that have a home in the present one. In the opening scene we’re treated to a sermon in a church that’s preaching a new age religion. And like new age religions in the real world, it’s a menagerie of world religions that attempts some unification in order to make sense of the Alien invasion. They’ve concocted a pseudo scientific and historical account that fills the gaps of recorded history with aliens. 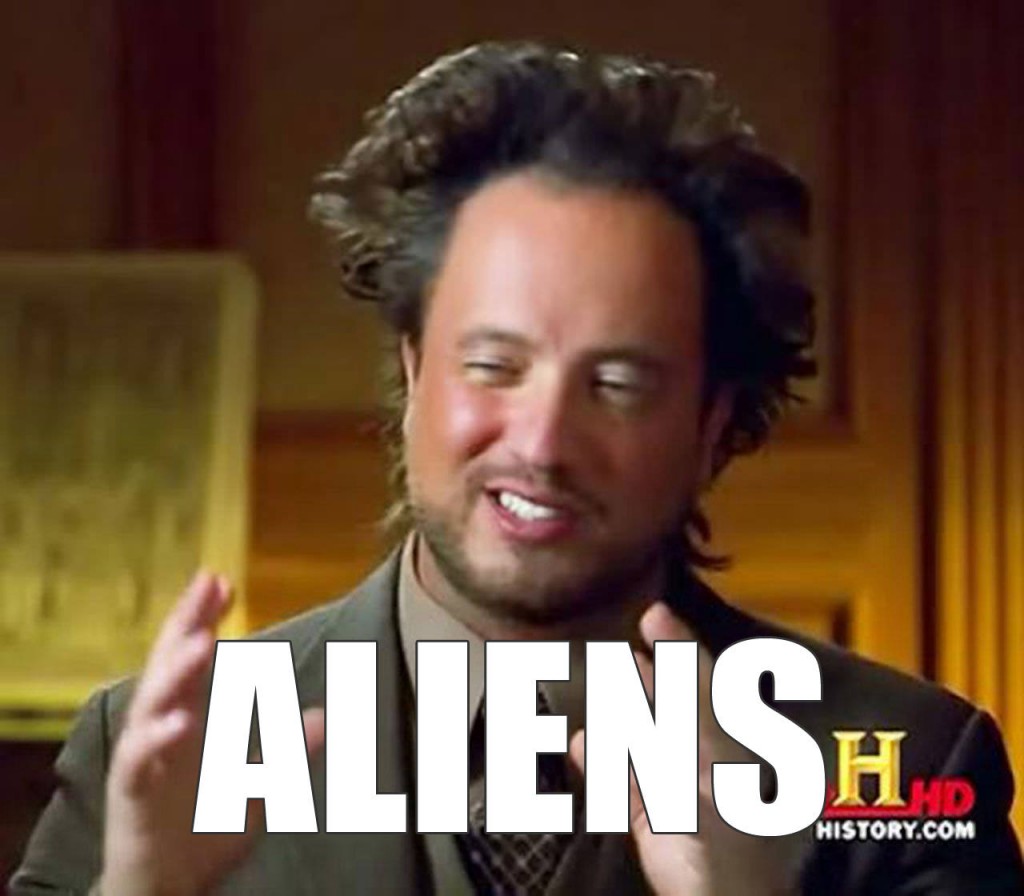 We have people who do this in the real world, so it’s not unbelievable that the same would occur here when reality is challenged by creatures from another planet. It makes for a believable reaction that supports this interim government most have come to accept.

The other thing that stands out is the inclusion of spooks. I mentioned it before in the comparison between this and the more family-friendly Falling Skies. Both follow the same basic concept, but Falling Skies took random individuals to form a resistance and form an army. Anyone with military experience prior to their invasion was merely there as a matter of happenstance, and never were they anything you’d expect to be connected to black ops or intelligence work since their military was decimated in the invasion. In Colony, however, it seems that spies and special operators were the norm, almost like they were selected to survive long enough into the colonization for a reason.

Knowing that Quayle had lied to resistance about his relationship to the nonexistent Geronimo and that he’s willing to betray spy/operator like Broussard indicates that there’s more going on than just a resistance to occupation by aliens.

Written by Daniel Rodriguez
Daniel Rodriguez is a freelance writer and author from New York City.
Previous Article‘What is the Matrix?’ – Bringing cyberpunk to the fore since 1999Next ArticleHKE – Omnia Review
You May Also Like 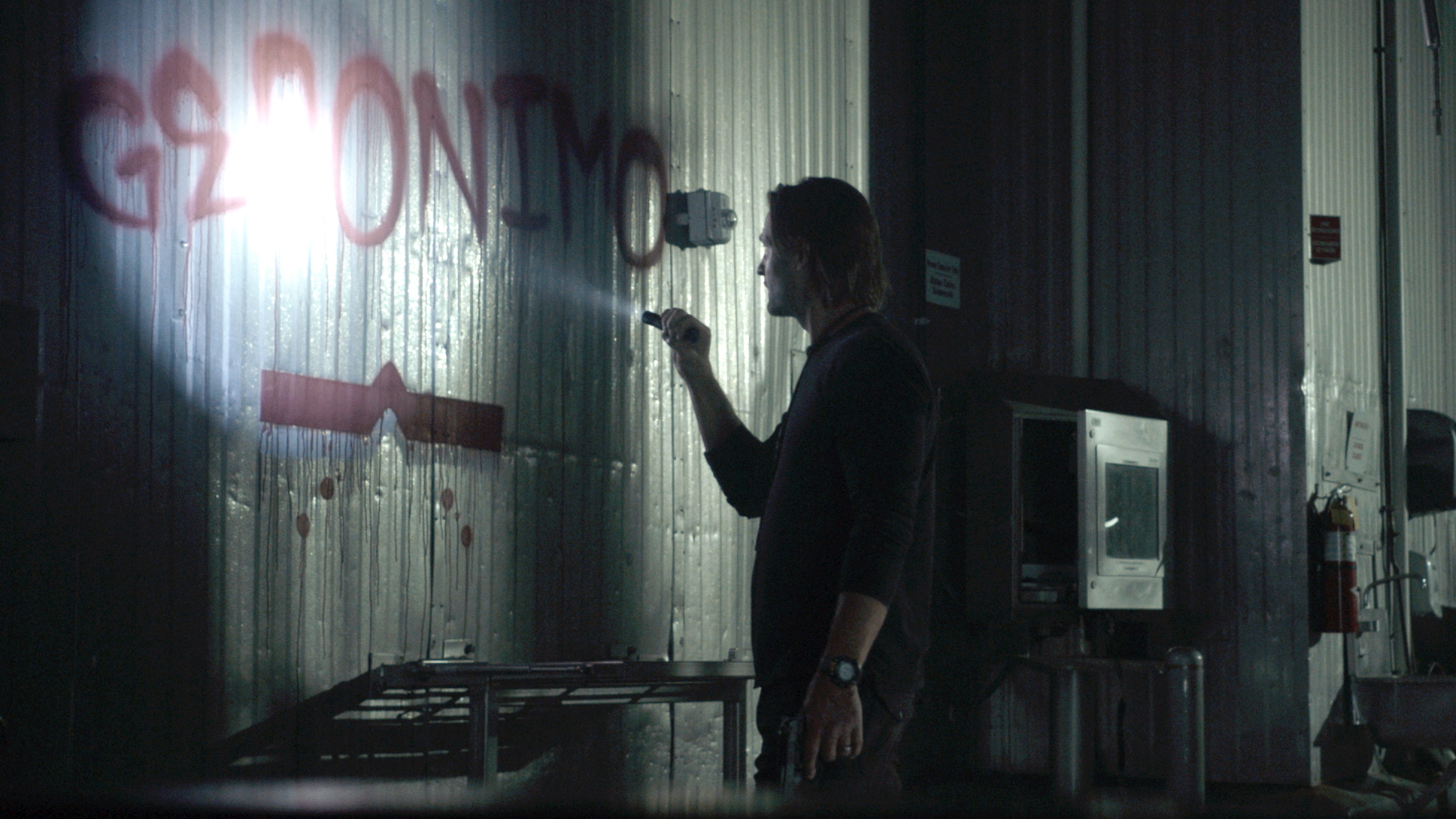