Happy National Cyber Security Awareness Month! I’m late, I know, but I didn’t know this was a thing. Apparently it has been a thing for every October since 2004. But it shouldn’t take an initiative from the Nation Cyber Security Division of the Department of Homeland Security to remind us that our internet-ready devices are vulnerable to remote access and our identities almost always one misstep from being stolen. Prioritizing security for our own protection, to keep our finances and personal lives secure is something we should all do. Black Mirror’s “Shut up and Dance” shows us that when we don’t we open ourselves up to anyone who cares to look, and for some it might show more than they would’ve ever allowed otherwise.

Kenny’s (Alex Lawther) a simple guy, works a menial job, lives at home with his mom and sister, never gets into trouble. All he wants out of his meager existence is a bit of privacy, for people to stay out of his room, and for no one to touch his laptop. Yet for some reason Kenny’s not too well versed in basic security measures, which is an oversight that costs him dearly. When malware infects his laptop, he’s contacted by hackers that threatens with the release of an intimate video to everyone he knows if he doesn’t follow their demands.

It’s an elaborate operation these hackers have going, and Kenny runs into others trapped in their game. After being forced to deliver a package to Hector, a family man caught on the road to infidelity, the two are forced to work together to rob a bank, luring Kenny into a fight to the death with a stranger in order to break free from the hacker’s game. Kenny may have killed to survive but his life is over when he, along with every other malware victim, has his secret exposed anyway. 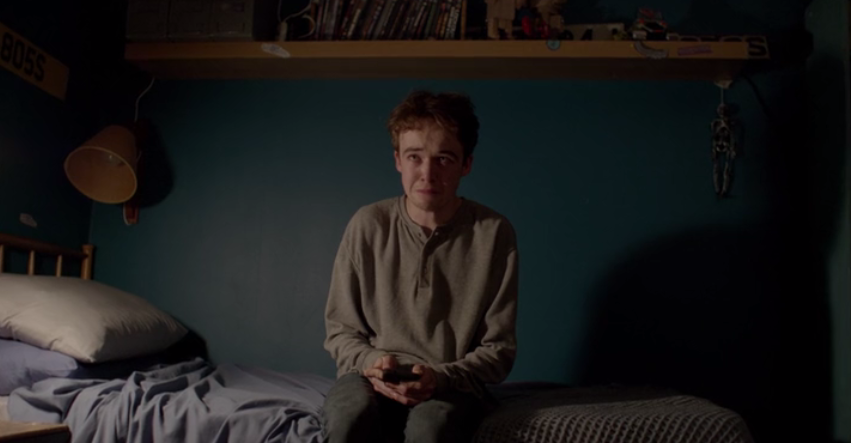 No matter who you are you’ve got something to hide. Privacy matters to all of us, which may seem like an ironic position to take given our state of over-sharing, but we know it matters to us because of the lengths we go to protect our data. We have bank accounts with two-step verification, inventive passwords for all manner of sites and our PCs, encrypt our hard drives, and make use of VPNs and “incognito” modes on our web browsers. Our need for privacy is so strong that we, denizens of the internet, feel an instant violation of our personal space whenever we see a banner ad on YouTube or Facebook reference the things we were just buying on Amazon or watching on Netflix. Just look at mobile devices; some of the first selling points to get pushed in their ad campaigns are the security features that will keep others from touching our digital records without confirmation of our identity through a thumbprint.

Still, unwarranted snooping persists by major corporations and governments, even from our partners despite the obvious danger it presents for relationships. So Kenny is a guy we can all relate to; all he wanted was his 15” of privacy, to view his private material without his sister going through his things or his mom busting into his room unannounced. But there are gaps in the concept of privacy for all, and I’m willing to bet that many of us have found ourselves supporting more than one position on this issue.

The old adage “if you have nothing to hide…”, and it’s many variants, is something that was given new life in the American lexicon during the early days of the Patriot Act. With the War on Terror requiring new security measures by the government in order to calm the fears of many, large swaths of the public were placed under surveillance, though we didn’t know the extent of this data collection until Edward Snowden blew the whistle on the NSA. This violation of something we feel entitled to, the right not to be spied on, to not have our data–arguably our most personal possession–analyzed by anyone without a warrant or our expressed consent was told to us to be the trade-off we had to make for being alive in this era. The argument in favor of this was a succinct and effective one: spying by governments and approved contractors on the American people (though this included many countries in association with the USA) was there to keep the public safe from imminent danger perpetrated by unseen predators. 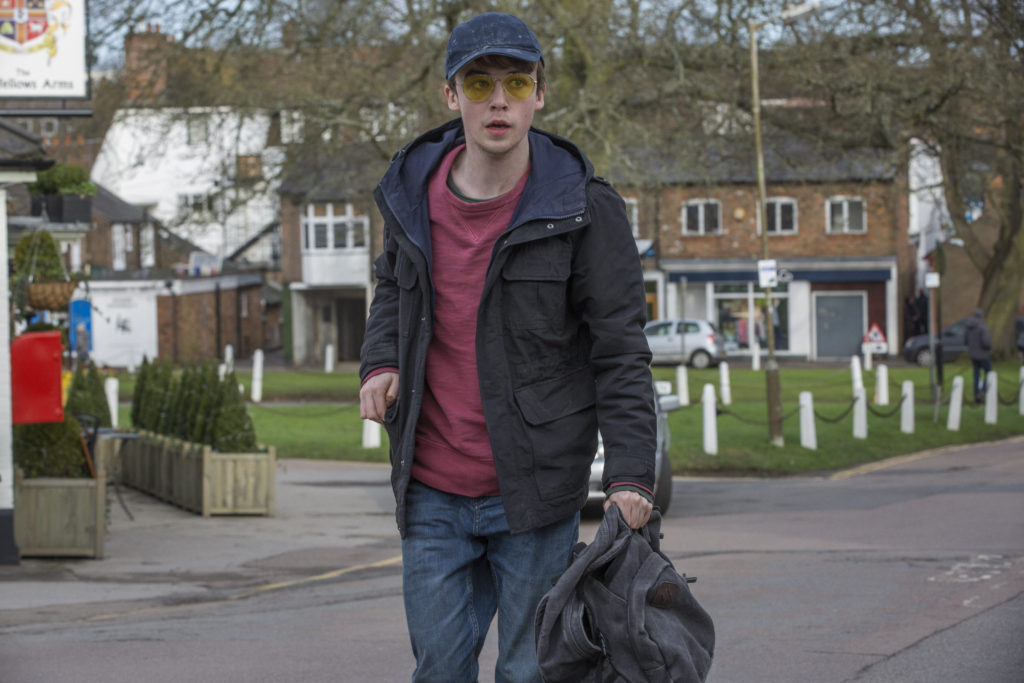 Black Mirror presented three explicit, and comprehensive transgressions for these hackers to exploit in their blackmail scheme: documented bigoted feelings and opinions, infidelity through a sex worker, and possession of child pornography. None of these are comparable. While racism and bigoted opinions are ugly and destructive to society at large, it’s not something can being argued as an offense punishable by a government and not an expressed crime unless it runs into the realm of discriminatory practice. Same for infidelity; whether it involves a sex worker or not, it’s something that perhaps a couple can best deal with on their own rather than have it arbitrated by some unknown third party. But in the case of sex crimes, especially when children are the victims, there’s really no room for ambiguity in determining the need for some kind of response from the justice system that would adjudicate the criminal in question.

Kenny made himself the ideal target for that malware, not just for his lapses in basic security but for the content he possessed. Think back to the opening moments of Mr. Robot’s pilot. Elliot’s first vigilante hack takes down Ron. The owner of Ron’s Coffee isn’t just an active pedophile but a host for child pornography to hundreds of thousands of users. It’s an easy-to-understand crime, and Elliot’s vigilantism in this case paints him as someone with a moral compass most of us would agree with. Even when Elliot admits to committing a crime to get Ron’s data, it’s brushed aside because the criminal he stopped is a bigger and easily recognizable danger. And that good faith is rewarded when we see Elliot send a drug dealer to prison for rape, shuts down a prison warden’s black marketplace, and ends the sexual exploitation of a friend by an emotionally abusive boyfriend. Making Elliot a hero with a bag full of computer tricks and social-engineering experience comes naturally to us, but what about the hacker we don’t know? Can we trust the morality of an unseen actor to determine what’s worth exposing and who to punish with their powers as a hacker? Certain groups like Anonymous certainly have their fans and are celebrated when they out cops and politicians as members of the Ku Klux Klan or expose a small-town’s miscarriage of justice. But hacktivism has also burned its followers when those who claimed to stand up for people and against corporate malpractice eventually expose themselves as loathsome characters who do things for their own ends. 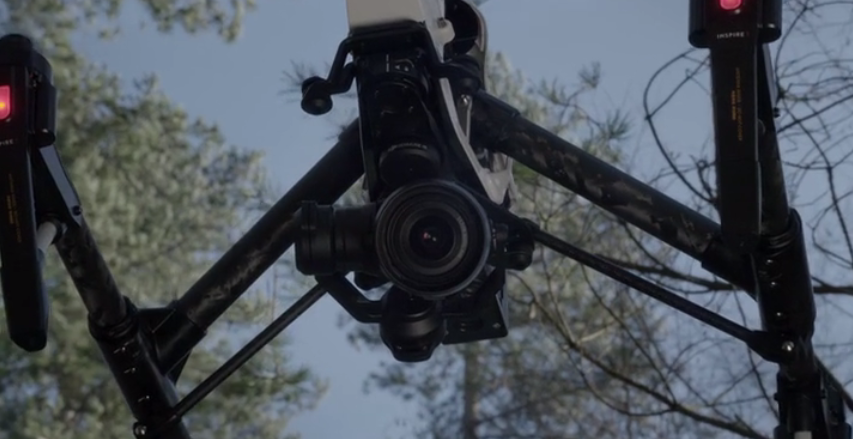 We find ourselves in something of a stalemate on the privacy divide, and Black Mirror gets that. If characters like Kenny have their crimes exposed and their harmful activity stopped I doubt anyone will feel badly. Even if a racist CEO gets exposed and her privileged position stripped from her many of us might feel pretty pleased for a few days. But those targets that deserve to be taken down and exposed may drag undeserving victims with them. While cheating on a spouse is a bit of a gray area depending on your opinion, it’s still something that’s the business of a small group of people and not the entire world. And that’s the quandary we find ourselves in when it comes to the case of Personal Security v. Public Safety.

Privacy is stipulated in our social contract as an implied right so long as enough members of society agree to mind their business and leave others to theirs. It will definitely make the work of police, well-meaning and those seeking to exploit public fear and imperfect laws, a little harder. Harder for hackers who might want to ruin lives just for the lulz, too. But it also allows us to retain personal pockets of privacy in a world that becomes smaller as it becomes more connected.

If you’ve got something to hide, take the rest of NCSA month (what’s left of it) to think about what you do and share online, and whether or not you’re comfortable with strange eyes leering at your hard drive. And if you find that you’re not, you’re gonna want to learn to protect yourself before others learn about you things you never wanted to share, illicit or just plain embarrassing. With ransomware attacks on the rise worldwide we’re all vulnerable to sudden blackmail and unwanted exposure. If you don’t protect yourself you can only be mad at yourself, bro.

Written by Daniel Rodriguez
Daniel Rodriguez is a freelance writer and author from New York City.
Previous ArticleThe Industrial Noises and Futuristic Minds of Front Line AssemblyNext ArticleLast Week in Cyberpunk 10/28/2016
You May Also Like