When I first saw mention of Attack of the Cyber-Octopuses I can’t say I was enthusiastic, but then I caught a glimpse of the science fiction noir imagery and found my interest piqued. Attack of the Cyber-Octopuses is a film project from Nicola Piovesan, an award-winning Italian filmmaker and producer,  who wanted to make a film “inspired by William Gibson’s cyberpunk landmark Neuromancer as well as some of the most awesome sci-fi products of the 80s era, like Blade Runner, Terminator, Escape from New York, Aliens, Akira and many more.” Check out the trailer below.

The official synopsis is:

The story takes place in Neo-Berlin, 2079. A dark, rain-soaked city held by mega corporations where the only enjoyment in life is connecting to cyberspace and taking “Binary Trip” a cyber drug that fries your neurons but promises a feeling better than a hundred orgasms at once. In this setting, a team of crack cyberspace detectives are investigating a new menace: an army of cyber octopuses that are terrorizing the city. 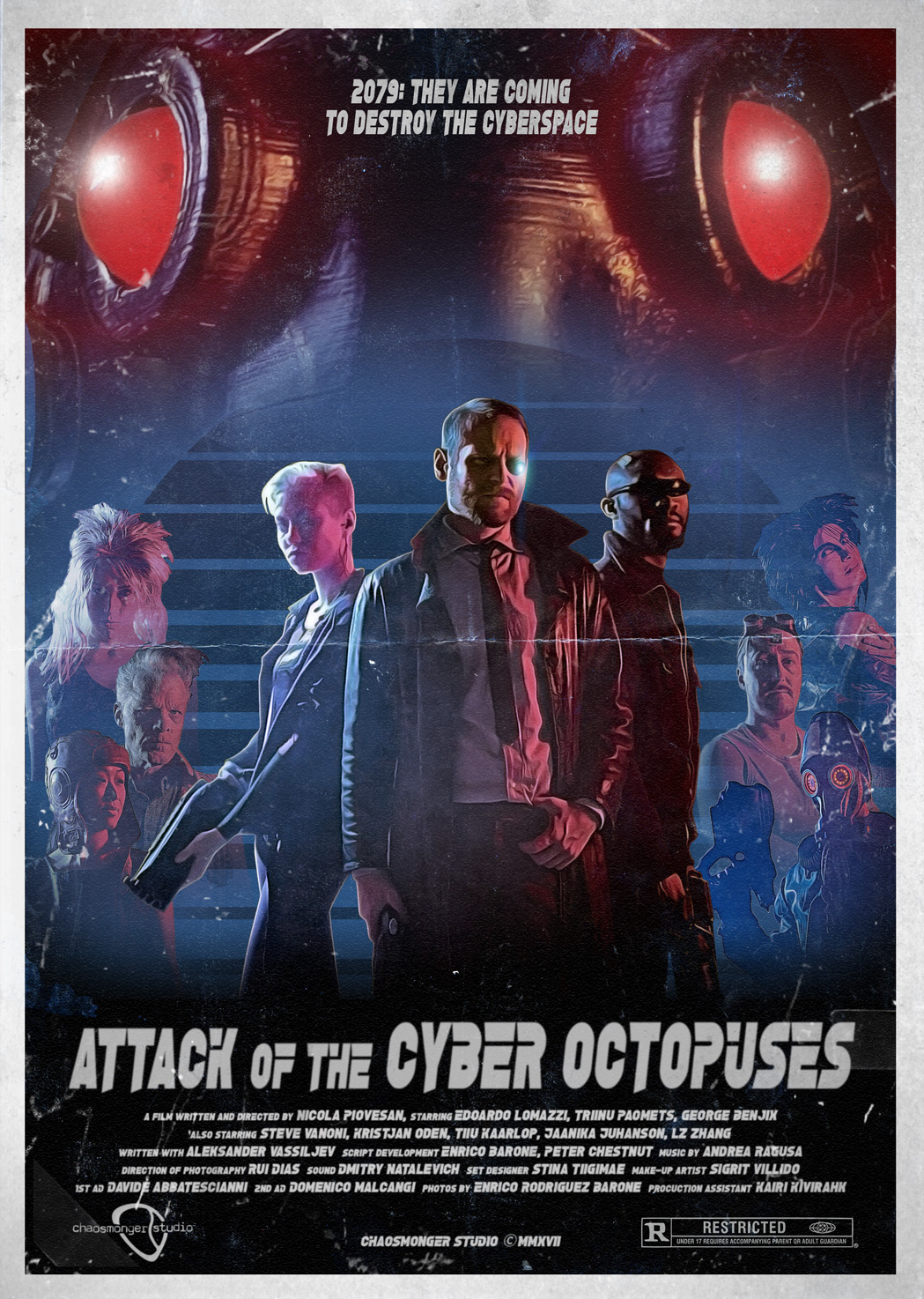 Attack of the Cyber-Octopuses Poster

Attack of the Cyber-Octopuses endeavors to capture the best parts of 80s movies, kind of like Kung Fury did, but without the intentional cheesiness. Something that kept Kung Fury from being as good as it could have been was the excessive use of CG. It’s hard to blame them fro that decision because of how much it must have saved them budget-wise, but Piovesan’s approach is very different. Piovesan has built an extensive amount of practical miniatures to film the futuristic city, much like was done in Blade Runner, and as you can see from the trailer, the effect is impressive (also, we love the Max Headroom reference). The costumes and make-up are also impressive, leaving you to ponder the cool aesthetic that they bring. The music is intended to channel the 80s as well; one track can be heard in the trailer that channels the 80s synth vibe that we love so much here at Neon Dystopia. Another will be “a truly post-punk track, recalling Billy Idol and Joy Division.” In total there will be eight original tracks featured in the film. 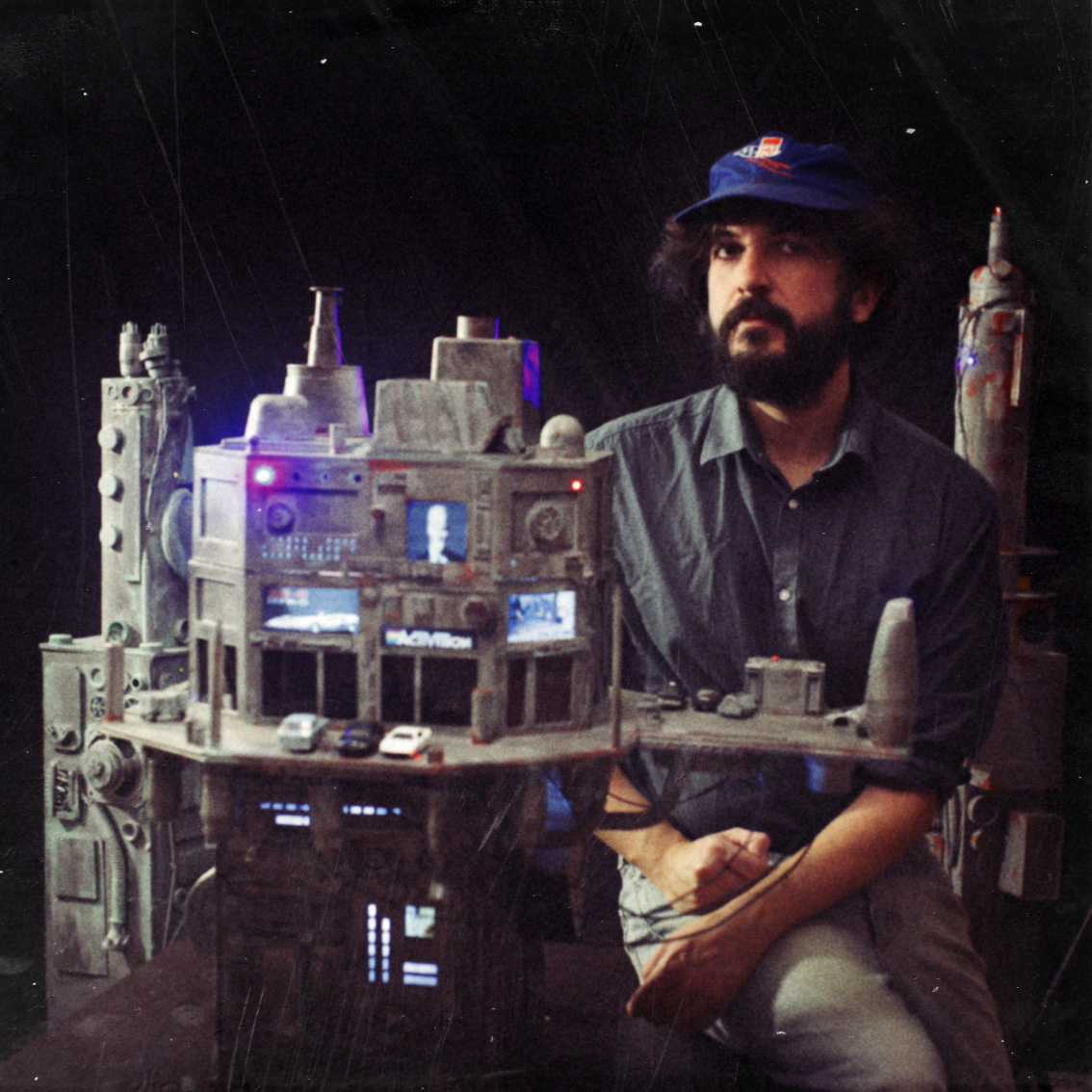 Nicola Piovesan and the practical miniature city of 2079 Berlin.

I can’t say that I am sold on the cyber-octopuses themselves (although the Master of Octopuses looks amazing), but between the amazing aesthetic that is being created here, the cited influences, and the synopsis for the film, I think Attack of the Cyber-Octopuses is a worthy project that will add a new film and fantastic new imagery to the cyberpunk canon.

You can support this ambitious and impressive project on Kickstarter, and it is worth mentioning that many of the practical props and miniatures are available as rewards.. 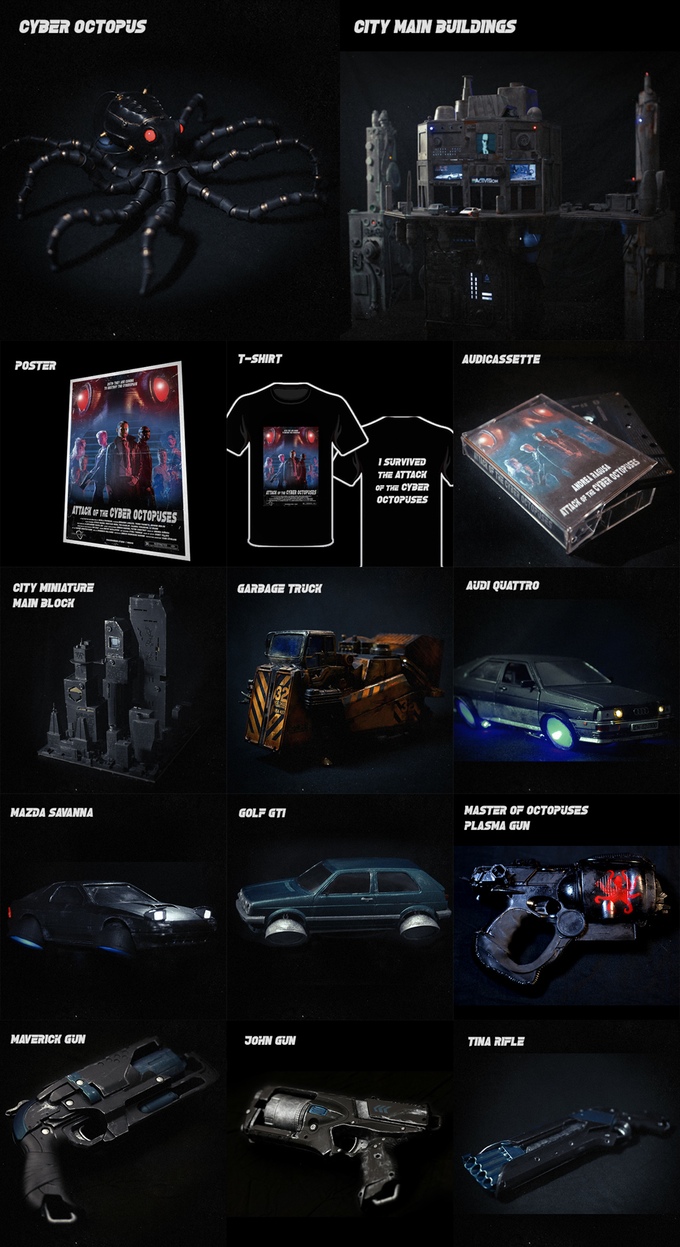 Attack of the Cyber-Octopuses Kickstarter Rewards

Written by Isaac L. Wheeler (Veritas)
Veritas is a cyberpunk and writer who enjoys all aspects of the cyberpunk genre and subculture. He also journeys deeply into the recesses of the dissonance exploring his nihilistic existence. If you'd like to contact Isaac L. Wheeler (Veritas), the founder and editor-in-chief of Neon Dystopia, you can do so here: ilwheeler.founder@neondystopia.com
Previous ArticleAltered States II Collects Technological Dependence in Short StoriesNext ArticleLast Week in Cyberpunk 1/27/17
You May Also Like

Attack of the Cyber Octopuses, B-Cyberpunk at its Best
August 9, 2017