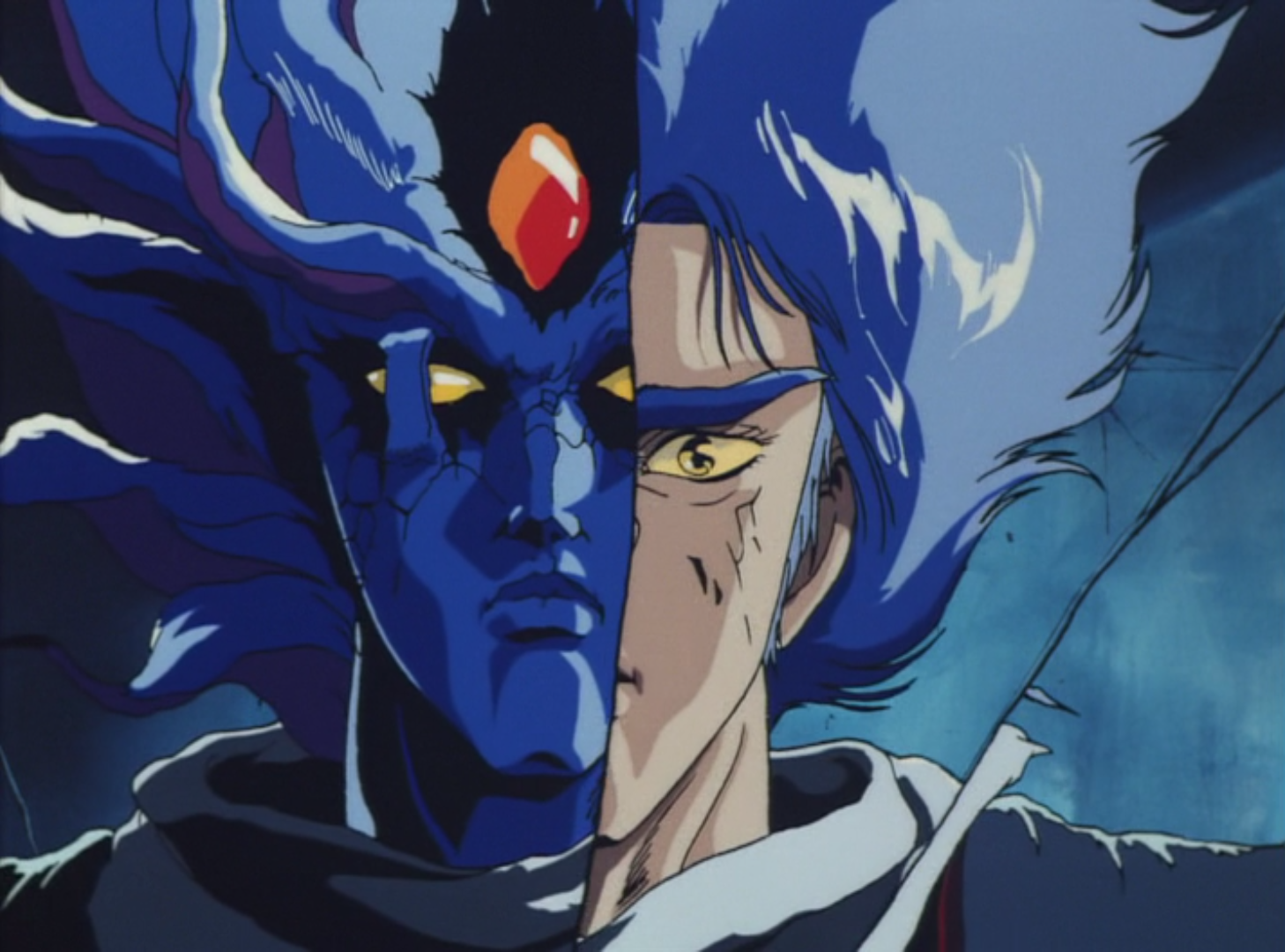 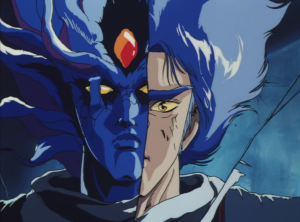 The titular Baoh is a parasite that infects hosts and brings out psychic abilities in them. When a little psychic girl, Sumire, flees from her captors, the evil Doress organization, she accidentally sets free Ikuro, who has been infected with Baoh. Ikuro also escapes while demonstrating incredible physical prowess, far beyond normal human capabilities. He teams up with Sumire and Doress sends assassins to kill them. When the assassins fail, and Ikuro’s powers continue to increase, Doress captures Sumire to lure him to a secret lab where Doress hopes to capture and control Ikuro and Baoh inside him. Instead, Ikuro brings down Doress. 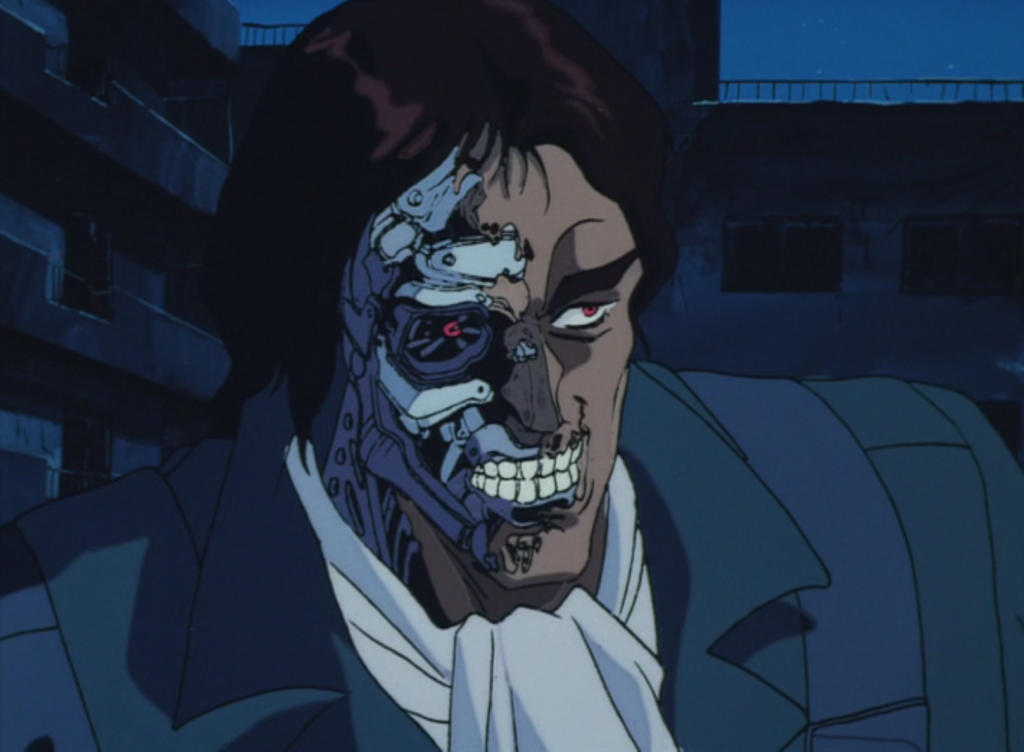 Baoh is an action-packed and hyper-violent anime. There are homages to Terminator and to Akira throughout the film, including one of Ikuro’s assassins having half his face ripped off to real a cyborg beneath, and psychic powers crushing helpless scientists and soldiers, repeatedly. In one of the final scenes, we see Ikuro fight anther powerful psychic wielding a laser cannon in a fashion very reminiscent of Kaneda’s final confrontation with Tetsuo in Akira.  The story feels familiar in a good way, but didn’t bring anything original to the table. The soundtrack, voice acting, and production overall were acceptable but not memorable. What does stick out in my mind were a few of the animation sequences. The action is fluid and exciting, but it was scenes, like the mirror featured in the picture at the top, which we witness shatter as Ikuro transforms out of his Baoh form that left the most lasting impression. 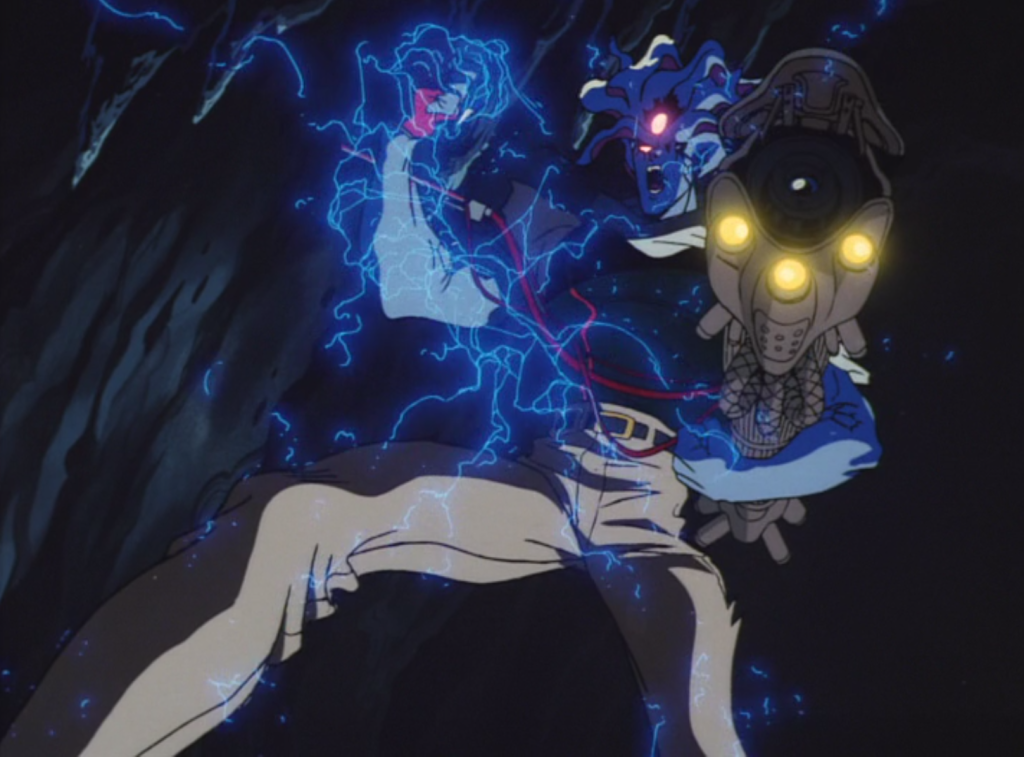 If you are looking for an anime to watch that is cyberpunk, but on the more obscure side because you have seen the mainstays like Ghost in the Shell and Akira, then Baoh is worth a watch. It is short and well paced at a 48 minute runtime, so there is no great time investment required for this fun, one off anime OVA.

Written by Isaac L. Wheeler (Veritas)
Veritas is a cyberpunk and writer who enjoys all aspects of the cyberpunk genre and subculture. He also journeys deeply into the recesses of the dissonance exploring his nihilistic existence. If you'd like to contact Isaac L. Wheeler (Veritas), the founder and editor-in-chief of Neon Dystopia, you can do so here: ilwheeler.founder@neondystopia.com
Previous ArticleColony: “Geronimo” (6/10)Next ArticleColony: “Yoknapatawpha” Review (7/10)
You May Also Like 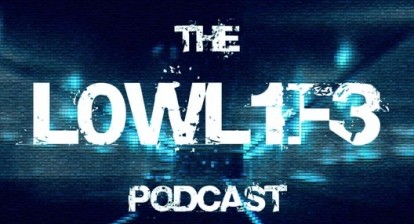