Attack of the Cyber Octopuses comes from the mind of Nicola Piovesan, who has more than 60 awards and has participated in hundreds of film festivals worldwide. This comes through in the film, as the cast and crew had members from all over the world, demonstrating a real global sensibility and remarkable production value. This included Italians, Estonians, Canadians, Americans, Portuguese, Chinese and even Nigerians. To increase the global feel of the film, this diverse cast was then put on display in Tallinn, Estonia and filmed in locations that were used in the classic Soviet era film Stalker by Tarkovsky.

The story itself is well summed up in the official synopsis:

The story takes place in Neo-Berlin, 2079. A dark, rain-soaked city held by mega corporations where the only enjoyment in life is connecting to cyberspace and taking “Binary Trip” a cyber drug that fries your neurons but promises a feeling better than a hundred orgasms at once. In this setting, a team of crack cyberspace detectives are investigating a new menace: an army of cyber octopuses that are terrorizing the city.

There are two elements that the synopsis doesn’t cover though, the first is that in a short film dominated with action, sometimes irrelevant dialogue, and shots that show off the directors ability to create excellent atmospheric shots, there is still time to tell the story of the protagonist, Maverick, in a way that makes his failures, rebelliousness, and paradoxical nihilistic acceptance of the corporate dominated world that he inhabits feel all too human and familiar. Second, my only reservation going in was that the cyber-octopuses seemed too ridiculous, and they were, but they at least offer a semi-reasonable explanation for them, which is that they were robots designed to be this world’s cable management system. I thought it was novel, and it allowed me to suspend my disbelief. 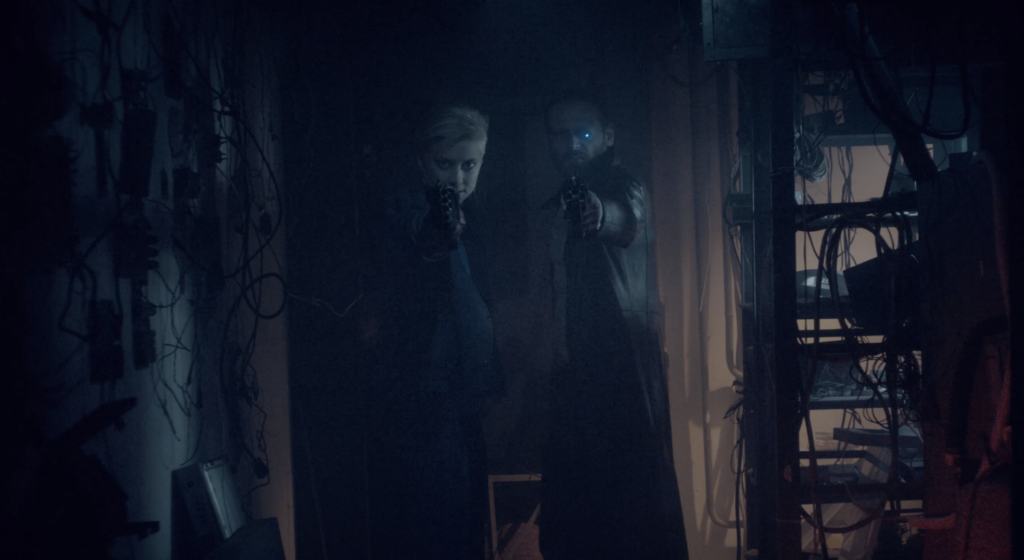 The aforementioned theme of anti-corporatism is a heavy theme that plays throughout the film and really marries it to being real cyberpunk film. Certainly more than the nods to other classic cyberpunk works such as Blade Runner, Neuromancer (keep an eye out for the Neuromancer poster), and Do Android Dream of Electric Sheep? with fantastically bad dialogue (intentionally so) such as:

“Do Cyber-Octopuses dream of electric shrimp?” and “The sky above Neo-Berlin was the color of a broken television.”

It is really worth stopping here and ruminating on this theme, because it is the strongest theme in the movie, and possibly a point that would be overlooked by the casual viewer. It begins with the introduction of the drug “Binary Trip” which flashes the words capitalism on the screen just as Maverick’s voice over explains that the effects of “Binary Trip” are better than a hundred orgasms. Later, we learn that Maverick’s marriage ended because of this drug. Lines like, “Somehow I think that Binary Trip is just a way for the corps to keep us quiet, while they control everything and distribute the opium of the people.” The overarching plot involves the ‘cyberspace-detectives’ investigating the cyber-octopus menace that is threatening the city, and this is primarily driven by the large corporate losses that would be incurred by cyberspace being shut down, even for thirty minutes. 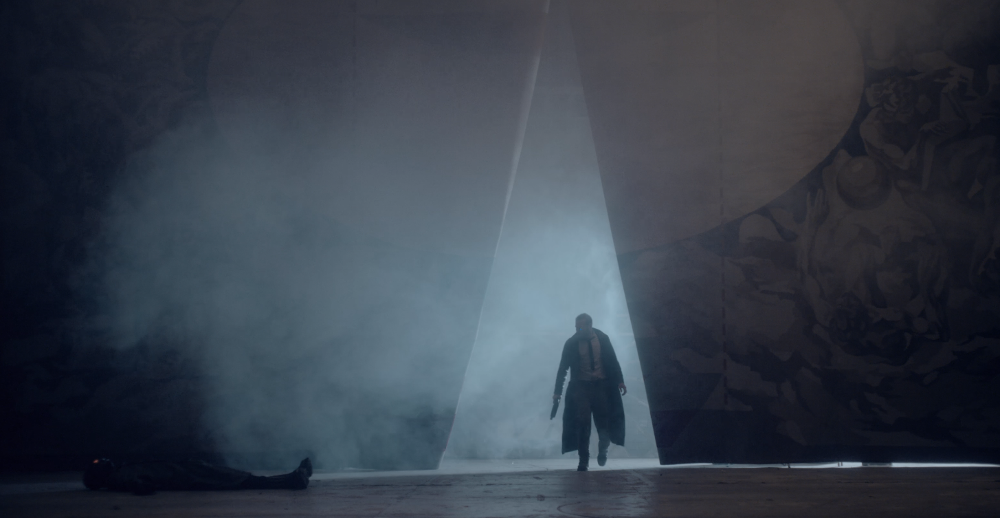 During the course of the investigation, Maverick does a cyberspace dive to recover information, and some of his dreams are exposed, dreams of being back with his wife and dreams of riots in the streets against corporate control. As the film comes to a close, and Maverick faces off with the Master of the Octopuses, he muses that maybe he should have let the Master of the Octopuses destroy cyberspace and bring the system crumbling down, start over. But he recognizes that he is a slave to the system, but aren’t we all? A fascinating paradox we face when living in the world as it is, in the cyberpunk now, and simultaneously trying to find ways to make it better. 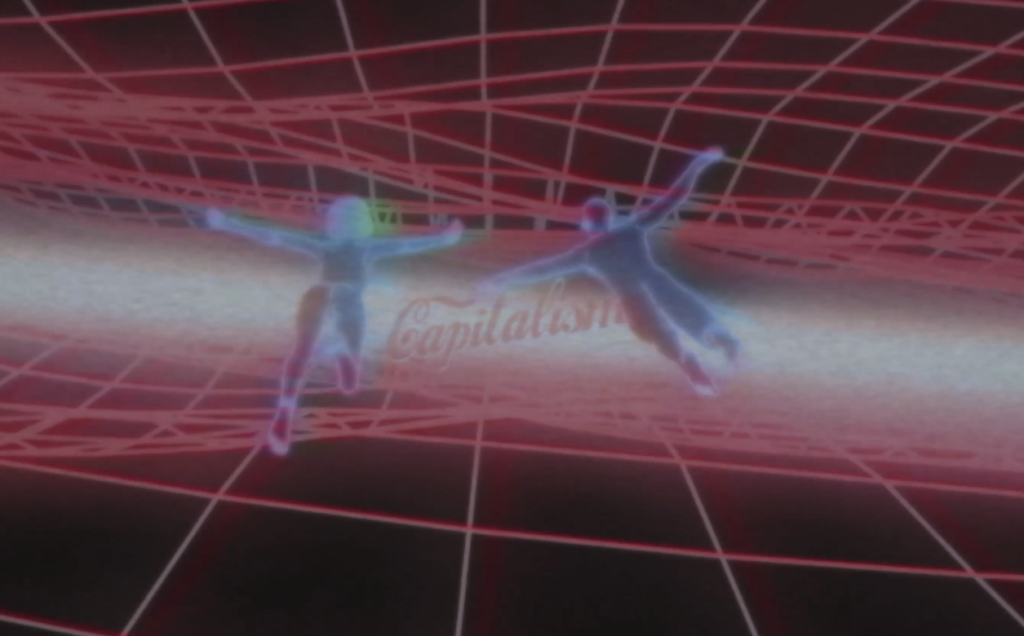 From a critical stand point, the film is far from perfect. The characters are archetypes that we would expect from the noir influence, cyberpunk source material, or are simply flat. The dialogue, as mentioned before is far from perfect, but I can forgive these transgressions because the dialogue is intentionally bad, channeling the b-movies that helped to inspire it, and there was only really time in the short film to flesh out Maverick. I’m glad they focused on the protagonist, rather than trying to cram a story in for every character. The fantastic cinematography combined with practical sets and minimal, but effectively used, CGI made the film have that gritty, dirt in the corners feel, that makes cyberpunk feel so real and plausible. Some of the practical effects are simply stunning, especially when you learn how they did them. Take the cityscape sequences for instance. Made with painted household objects and some 3d printed parts. Wow. 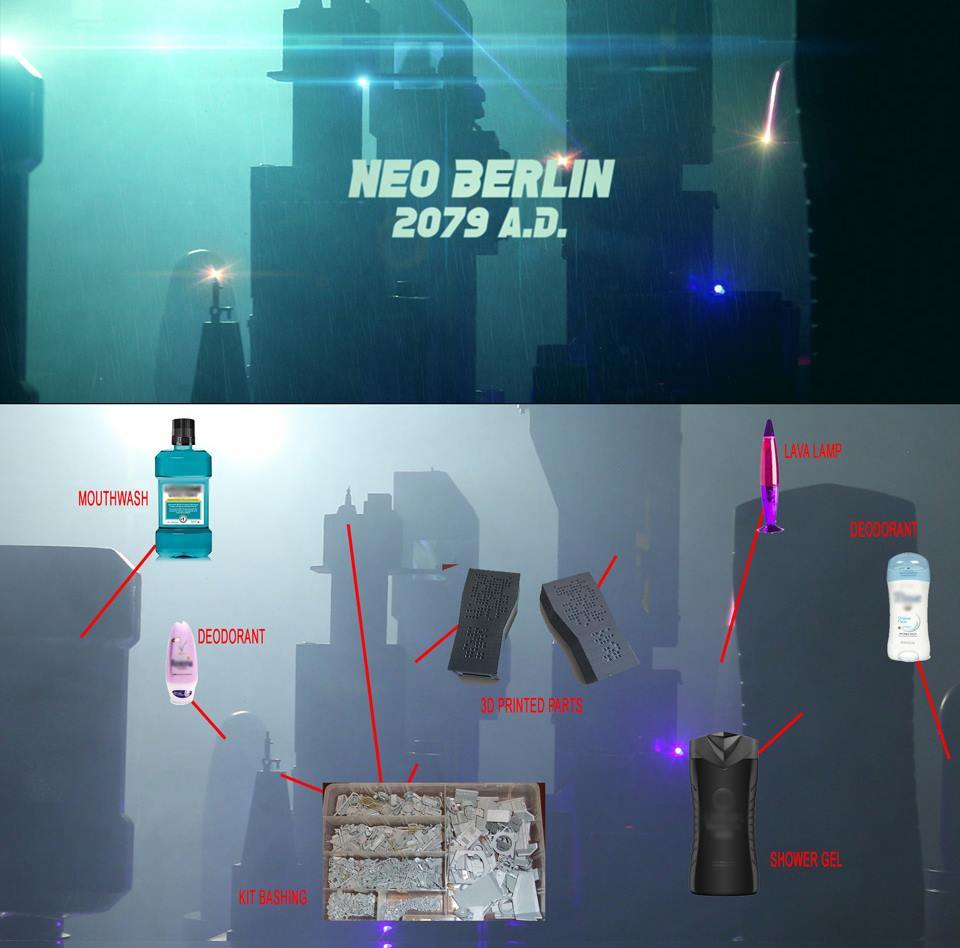 If you are a fan of science fiction noir, cyberpunk, or 80s b-movies (or like me, all three), then I highly recommend Attack of the Cyber Octopuses. It might even make you think about our capitalistic world. And for full-disclosure, I happily backed the Kickstarter campaign.

Written by Isaac L. Wheeler (Veritas)
Veritas is a cyberpunk and writer who enjoys all aspects of the cyberpunk genre and subculture. He also journeys deeply into the recesses of the dissonance exploring his nihilistic existence. If you'd like to contact Isaac L. Wheeler (Veritas), the founder and editor-in-chief of Neon Dystopia, you can do so here: ilwheeler.founder@neondystopia.com
Previous ArticleLast Week in Cyberpunk 8/4/2017Next ArticleLast Week in Cyberpunk 8/12/2017
You May Also Like