Sipping a cup o’ joe with my eyes glued to the neon lattices of the matrix. I sink in dream and I, myself, am empowered by the electricity in my veins. I am your saviour. I am your new god.

Created by Polish filmmakers, Katarzyna Widmańska and Amadeusz Wróbel of REDЯUM Image, Hardwired is not quite a short film and not quite a music video, the film feeling like a neat little hybrid. It is a cobbling of synth music and a darkly lit hacktivist’s room, and as REDЯUM Image stated to us, a short ‘Inspired by 80’s VHS-styled films’ (Lewis, D 2017, personal communication, 28 April). Heavily inspired is perhaps more correct, and there is nothing wrong with that!

I must admit, I’m quite partial to films like this. I love, love, LOVE the overemphasis of tech. A lot of tech. And that is what the viewer is presented with as the film punches in William Gibson’s infamous cyberspace quote. Neon red LEDs. A laptop and three computer monitors, all coated with static. A hacker wearing a leather jacket and goggles with a deep, red glow on the lenses. Bulky. Clunky. And everything that we cyberpunkers enjoy aesthetically.

There is an emphasis on HUD and UI design, something in which I think is an interesting concept. I’ve always wanted to be in the head of Tom Cruise as he swiped left to right in Minority Report, another film Hardwired seems to be inspired by. The animation is slickly designed but does not transport the audience in the eyes of the hacker. I would have preferred it if the camera was “naturally” first-person as opposed to the slow tracking shots REDЯUM Image used to depict the hacker’s sight. It would’ve been cool, edgy and filled the audience with adrenaline. What we have is nice, and does look pretty, but doesn’t feel authentic. But then again, what is authentic in a cybery world? 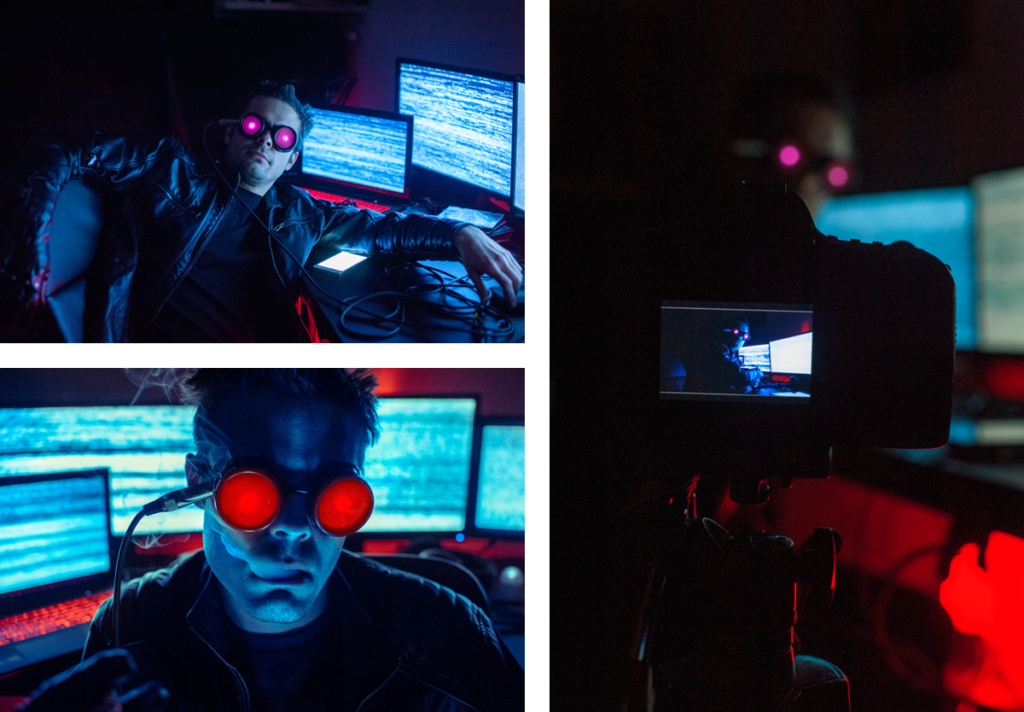 The track, Turf by Niklas Åkerblad (aka El Huervo of Hotline Miami) itself is top-notch. Whilst it greatly compliments the short film, it is also wonderful to listen to on repeat. There is talent here, and I can’t help myself but listen to Åkerblad’s tracks over and over for they are soaked with nostalgia, and filled with an eighties aura that we all know and love well.

Hardwired was filmed with a keen eye for detail, a love for the genre and features an awesome soundtrack. It is a little brief and does prominently feature camera work that I find suspect, but it is a film that I think is worth watching for your daily dose of nostalgia.

Zauvek, animated by a small Serbian team, featuring Dragan Jovanović, Aleksandra Radović, Davor Sopić, and Vladan Djiri Vasiljević, is akin to Hardwired. It is a short film/music video hybrid, though the animation is far more prominent than the droning score of Nežni Dalibor.

The story is simple: a young woman attempts to sabotage a corporation via her techno-wizardry skills. On the run from the law enforcement, the audience follows the hacker hoping for her to emerge victorious over the corporate overlords that loom over the sprawl. Or so I thought, you kind of need to make up the story as you go along.

I’m usually okay with piecing together stories, especially when filmmakers breadcrumb tidbits of story/lore throughout the video. It adds another layer to a text and makes the world feel rich and lavish. Though the audience in Zauvek is privy to some very lovely animation, there isn’t enough imagery to piece together a coherent plot. And that’s a shame because I rather enjoyed many of the still images, even though they feel quite generic and cookie cutter.

Another issue of mine concerns the animation and the appearances of the character models. The humans look a little bland (though that might be the intention), and somewhat reminiscent of the comic series Alex + Ada. Again, I stress, this is not entirely a bad thing, but divisive. I, myself, prefer realism and grittiness over the clean-cut models in cyberpunk as it adds flair and another layer of atmosphere that aids in storytelling. Grime, muck, scars, and pimples really add to the story. Something for the team to think about next time. 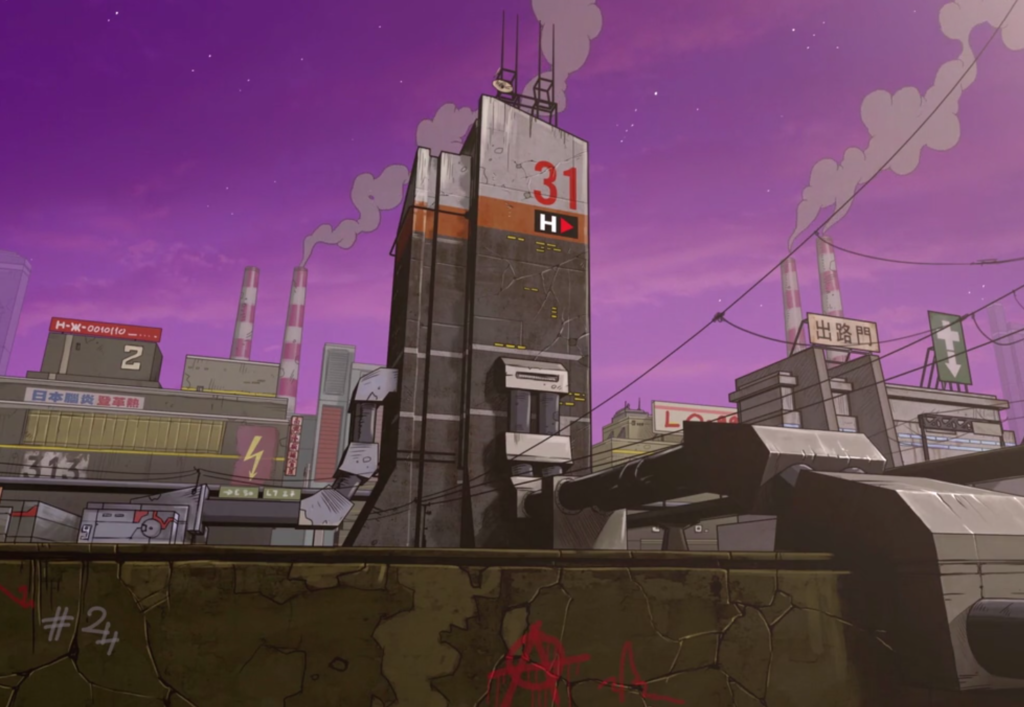 The animation quality also feels unnatural and jarring. This is mostly obvious when the protagonist walks, which is often, and as law enforcement does their thing; raising guns and arresting thugs. There’s not too much of it in this three-minute short, but that’s not really a compliment.

Dalibor’s score is, as mentioned above, droning, but great! While not entirely memorable, it does work well alongside the animation for the near industrial vibe does underscore the environment, whilst the raging/singing emphasizes the rebellion and angst the protagonist feels, or so I think. 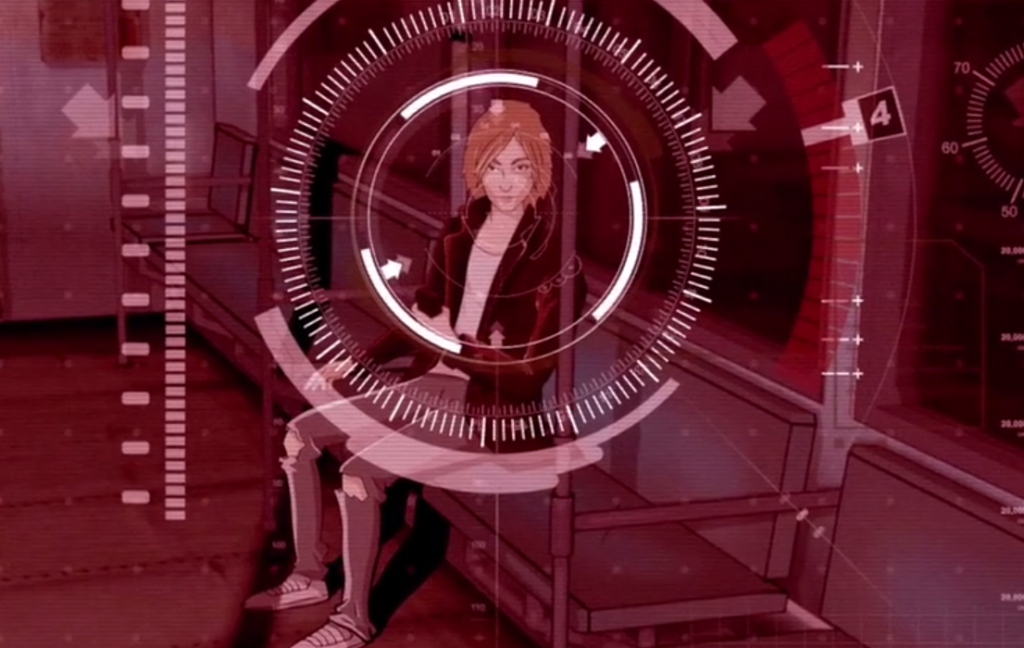 While it appears that I was harsh with Zauvek, it’s only because I really love the genre, and want something real, fresh and authentic. It’s by no means a bad film, but something that needed a bit of fine-tuning before release. There are many great stills, and the music isn’t bad, and that alone is worth your three minutes of viewing time.