A gifted, troubled scientist has tainted banknotes with “green poison” and put them into circulation on Black Friday, passing through millions of hands on a single night of frenzied shopping. This is an engineered virus that’s an amalgam of other viruses, using the infection patterns of small pox, sped up to increase mortality rates. This is intended to return to a more naturalist balance between people and nature by cutting down the global population swiftly and violently.

Manhattan is ground zero for this outbreak, and so the player, a nameless special operator/spy/agent of The Division, embedded in the general population, is activated by the government, pulled from their home in Brooklyn and tasked with joining the second wave of responders to restore order to the city and stop the spread of the virus while coordinating a joint task force of military and city personnel while keeping a private military company, escaped convicts, looters, rioters, gangs and arsonist city workers from killing each other and what civilians and responders are on the island with you. 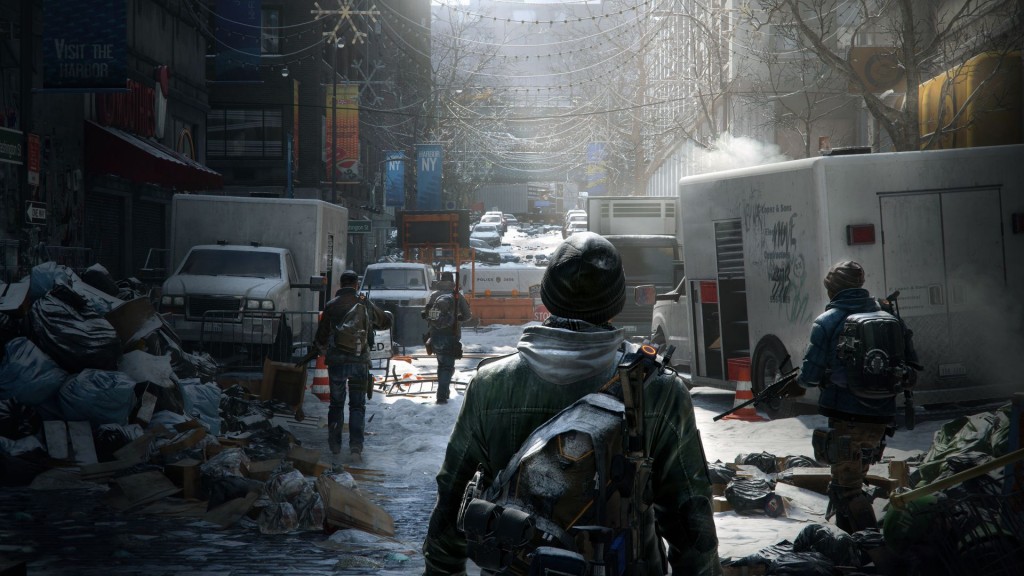 Upon playing the Division, the first thing that will stand out are the visuals. Environments were designed with the smallest of details in mind. Certain blocks in Manhattan are perfect simulacrum of the real thing, particularly the post office the player will use as their main base. Add to this dynamic weather that drags an intense winter across the screen, complete with howling winds and crunching snow, and you can’t help but get lost in the moment as you climb buildings, plummet underground, and skitter across streets during firefights, closing all the car doors you touch along the way. These visuals are enhanced on the PC, but even on PS4 environments and vehicles look great. Characters do not, regardless of platform. There’s not in much in the way of character creation–a shock since this is marketed as an RPG–and you’ll likely encounter NPCs and other players who look just like your character, but cosmetic options help make you stand out in a visually stunning city.

But what really communicates the circumstances of this world comes from found footage:  video, texts, audio and echoes, which are holographic approximations of past events recreated from data. Watching Rikers toss police off roofs and execute survivors, hearing a woman cower in a gas station as Cleaners burn her alive or witnessing two men run around a locked subway station only to be cornered and beaten to death makes clear how dangerous and bleak this lawless New York is, how desperate people are getting as more get sick and die off. Even first-wave Division agents and Last Man Battalion mercenaries are shown to be vulnerable to this insanity, less ready than the second-wavers the player is a part of. But that’s about all that goes into this game as far as establishing motivation for the player. 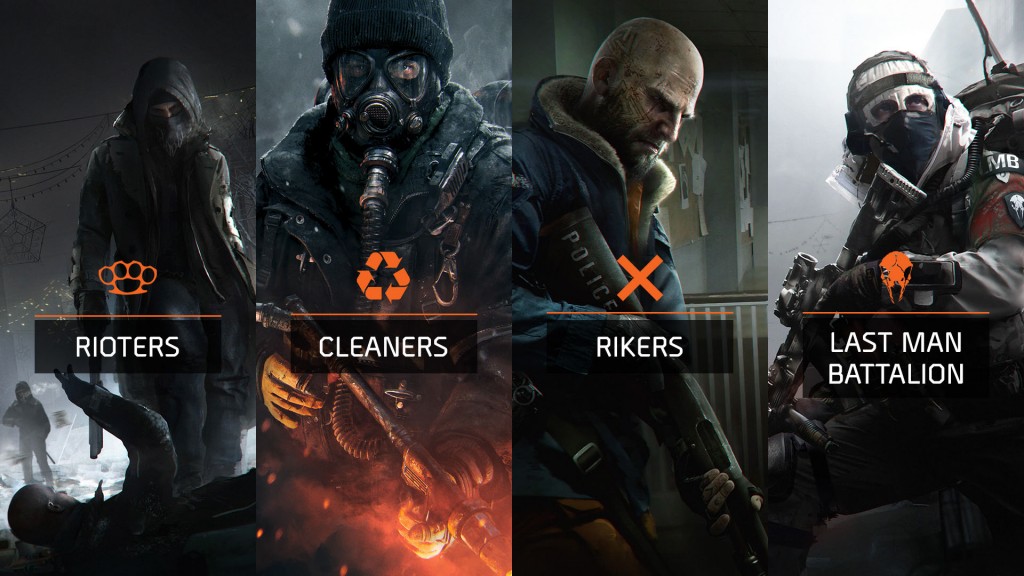 Ubisoft has had a sordid history in their management of the Clancy estate in video games. Recent Rainbow Six and Ghost Recon games have been lukewarm in their reception. However, Splinter Cell: Conviction and Blacklist had strong narratives that presented competent espionage and political thrillers with gameplay that allowed players to use Sam Fisher as an all-out assault class shooter, a from-cover shooter, a predator that kills from the shadows, or the traditional spy that moves about unseen. Players could customize weapons and armor, acquire new gadgets to customize gameplay, giving options that rival most traditional RPGs, especially in the case of the Division. But most importantly, in either of those games, the player had clear motivation, an investment in their actions to go from mission to mission, to decide how to act. This is not the case with the Division.

After having beaten the campaign, I couldn’t tell you a single standout moment in the story. There weren’t any. That’s not what’s there to motivate the player. Though this is an RPG, and for most gamers this is likely associated with games like The Witcher, Fallout or Mass Effect, where narrative is essential to its focus. In the Division you’re intended to focus on gameplay and loot.

The Division is near-future and this being a Clancy property, technology is a focus. There are smart bombs that roll to enemies and mini turrets that target them, collapsable shields players can hold if they choose to play as a tank, injectors for health and particles that help them see through walls–tech is even the focus of UI, which expands the map on city streets, allowing you to overlook a grid of Manhattan to plot out your movements, but this doesn’t carry over to weapons. Guns are largely the same. Color coding determines things like damage, range and fire rate, but the way enemies are set up, this matters little. The excuse given by Ubisoft and defenders of the game is that the Division is an RPG and therefore it’s fine for enemies to withstand 40+ shots before falling. This is the case regardless of level, but more importantly it isn’t true. There are many RPGs, arguably the majority, that play both online and offline that treat headshots as headshots and drop enemies immediately, and represent armor as a thing visible on enemies. In the Division, thugs in hoodies can take up to three magazines to drop, due to layers of armor. This is consistent in the small variation of enemy types (there are about four different enemy types regardless of faction) forcing players to fall into a pattern that will make advancement an issue. 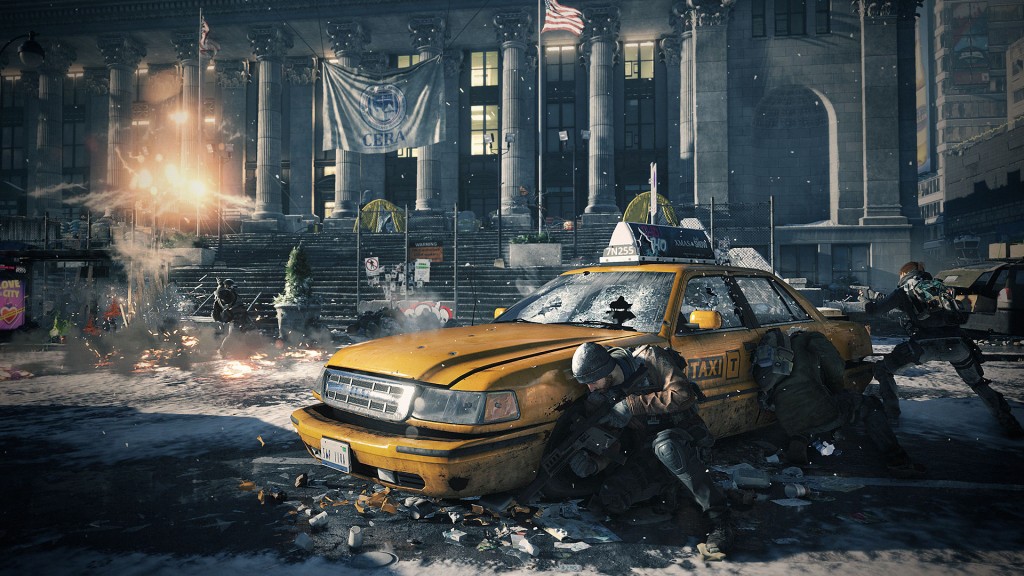 To break up the flow of tedium we have the Dark Zone, the multiplayer component of the game. There, Divison agents can fight against each other or work in teams to fight enemy factions. The main draw of the Dark Zone is the rare loot. More purples and golds are found here than in the rest of Manhattan. If your low on currency but high in skill, you can level up and get better equipment there faster. The problem is crafting makes this unnecessary. By stripping weapons and clothes, players can make pretty much anything they can find in the Dark Zone. With loot out of the equation, the only reason to head to the Dark Zone is to fight.

Forgetting for a moment that Division agents attacking one another breaks the, it’s kind of fun. Breaking out of teams to turn on them, ganging up on unsuspecting players, or outwitting teams of four on your own makes up for a lot of what the game lacks by introducing a bit of spontaneity. How long this enjoyment will last depends on the player.

The Division seems to be another installment in a sad marketing saga by Ubisoft. At E3s and gaming conventions around the world, early footage of their games impress, not only in visuals but in gameplay and story. Once the final product reaches players, it fails to deliver on most of these promises. We saw this with Far Cry: Primal where a vertical slice of the game was rendered in CGI but passed off as in-game footage, making it much more impressive than it actually was; Assassin’s Creed: Unity was shipped while in a defective state, where it could barely maintain 30 fps, making it unplayable for months and not living up to footage presented in marketing; Watch_Dogs was nowhere near as sophisticated as presented in respect to hacking and multiplayer. So that the Division is less technologically driven than presented, and distances itself from the militaristic and political themes of Clancy’s work isn’t surprising, it just affirms something disappointing about this publisher.

The Division reminds me a lot about Watch_Dogs, which is to say it may hold your attention for a few hours but the more you play, the more familiar enemy types and their AI becomes the less motivated you are to continue. Unlike Watch_Dogs, even with its problems, the Division doesn’t have the same charm.

Written by Daniel Rodriguez
Daniel Rodriguez is a freelance writer and author from New York City.
Previous ArticlePhantom 2040’s Lost Season [5/10]Next ArticleDr. Sarif, Or How I Learned To Stop Worrying And Love The Human Revolution.
You May Also Like 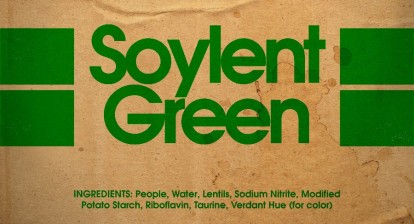