Eight years have passed since the original Mirror’s Edge debuted as a launch title for the PS3 and Xbox 360, and now DICE is rebooting the franchise, taking full advantage of the more pc-like consoles in an effort to establish its first-person franchise. But before we take a look at the new iteration of this IP, lets take a look back at the original’s attempt to craft a first-person experience that favored evasion over confrontation.

Mirror’s Edge takes place in The City, a sanitized utopia that has taken security to it’s next hyper-technological rung, instilling a false sense of bliss over the masses as the authoritarian, and at times outright incestuous, relationship between a corrupt government and corporate heads solidifies control in a few hands, fulfilling the ambitions of a plan put into motion eighteen years before. That plan was the result of the November Riots, the last stand protestors took against The City in order to keep their democracy, which ended in a massacre that left Faith and Kate Connors orphaned at a young age.

Faith spent her adolescence on the streets of The City, which is where she learned to run, giving her a career as a runner. Runners operate a sneakernet that moves information through the hands of couriers rather than risk seizure by police and private security. When Kate, who drifted from her sister’s path to become a police officer, is roped into a conspiracy that implicates her in the murder of what is arguably the last honest politician The City will ever see, Faith tries to clear her sisters name and in the process learns of an even larger plot by the powerful that affects everyone. 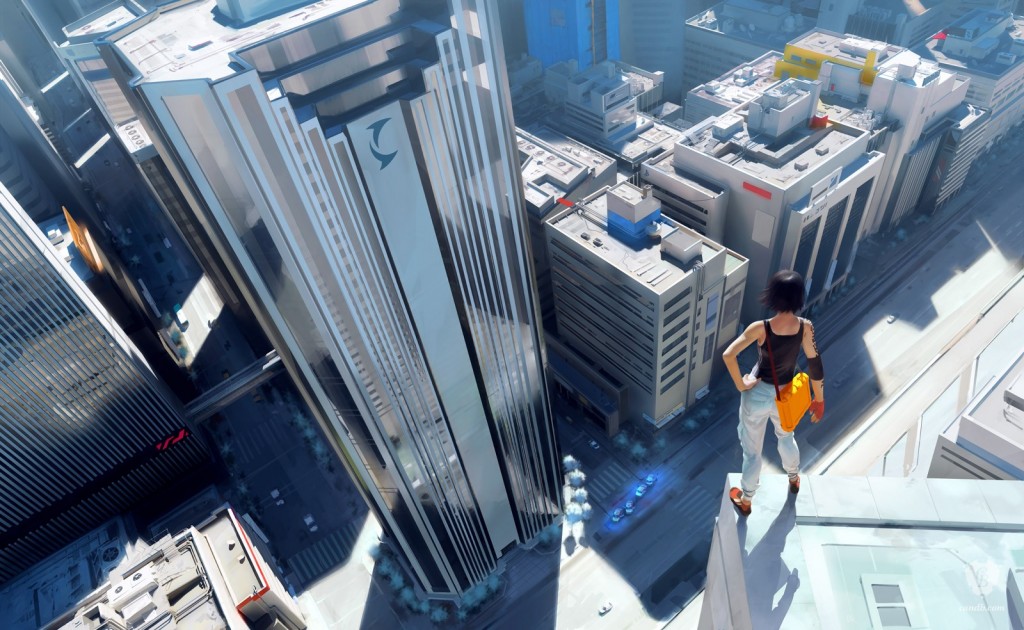 Mirror’s Edge was a launch title, which is often a death sentence for IPs on consoles. That DICE got a shot to reboot it probably says something about EA’s faith in the property, which is plainly surprising. AAA developers don’t like taking chances on big-budget games, and Mirror’s Edge was nothing but. The original underwhelmed in sales, something that wasn’t helped by the atypical nature of this first-person game. While the majority of titles that use this perspective rely on gunplay to meet its objectives Mirror’s Edge challenged the player to abandon their natural instincts when and abandon gun when faced with danger and challenges. For Faith, movement was her deadliest weapon.

At the time, Mirror’s Edge was a visually stunning game. Character models were clean and had smooth animations. There are games released today with higher specs that could be shamed by it, but the intended visual focus was The City. Taking architectural cues from major urban centers like Hong Kong and Singapore, and melding them with minor western touches, gave this it a unique and familiar feel that’s established a too-clean cyberpunk vibe. The blinding white facade of buildings highlights their under-construction status, which feeds the narrative of a reconstruction orchestrated by persons beyond view and provides for subtle clues to help you chart out your run. Inside buildings, the level design continues to point the way to progression, past signs in Chinese and Japanese script, reminding you that this is a place beyond America yet distinct from cities on the other side of the world. Complimenting this is the upbeat, yet haunting score from Solar Fields that evokes the chill from running on rooftops and the exhilaration from jumping off them.

But just because The City has character doesn’t mean the story does. It’s bland, laced with a few twists that illicit no reaction and a conclusion that has no emotional weight. But unlike what appears to be going on with the reboot, Mirror’s Edge did not achieve its cult status through story, it did so with gameplay. 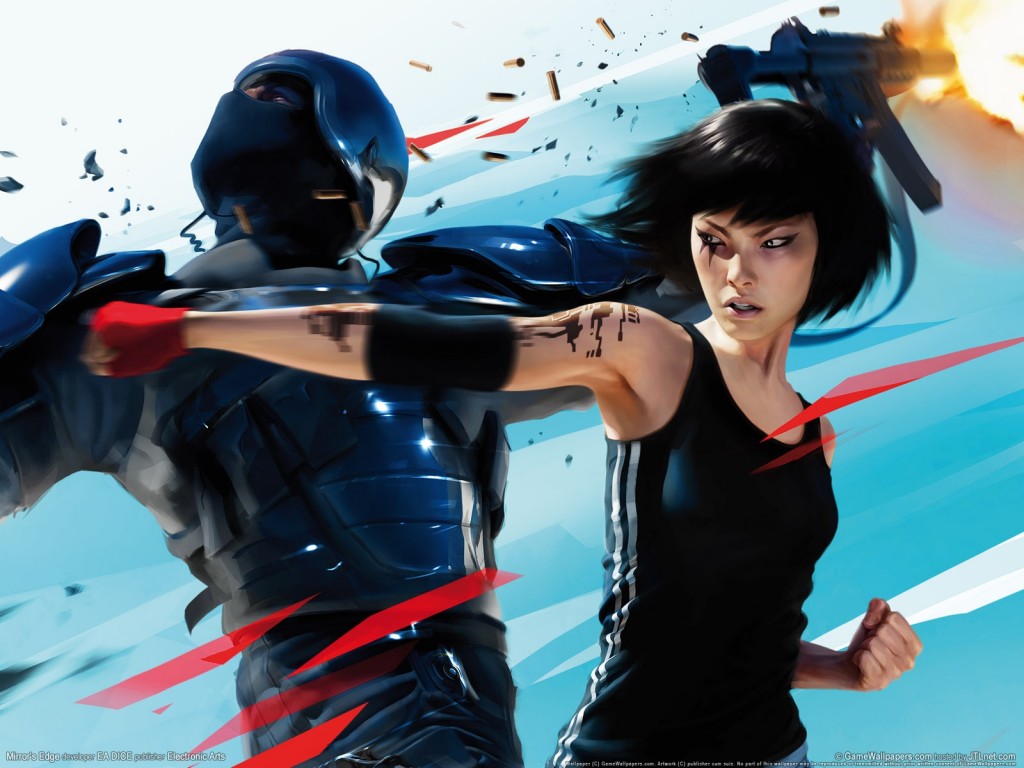 As Faith, players can run, lunge, jump, climb, slide and shimmy her way across rooftops and through corporate offices. Level design subtly leads players from their starting point to the end of maps. And though there’s little variation in the paths they are allowed to take from point to point, it takes little time for players to feel linked to Faith, sensing the ledges as she approaches them, allowing for a coordination that allows them to know where to go with little thought, giving private security and police the slip. This is beyond the climbing mechanics of games like Assassin’s Creed, where players can mindlessly ascend buildings by holding a button and charging. In Mirror’s Edge, players had to be aware of their surroundings, have some idea of where they were going, and develop a coordination that places them Faith’s tabi sneakers as she moves and dreads the thought of a fall. It’s no surprise a game with this kind of physical connection to the player was one of the early demo choices for Oculus Rift.

Enemies aren’t too difficult, and Faith has a few ways to take them down. All police carry firearms, and Faith can disarm them to eliminate the others, but the mechanics to do so are so stiff and unintuitive that it becomes a chore and it’s glaringly obvious in the few story moments that make use of firearms necessary to progress. This is a flaw but something of a happy one. With guns something of a non-option for players after a while they’ll resort to Faith’s punches and kicks, something that doesn’t sound too effective but when combined with Faith’s parkour and the terrain she’s running on, sliding to a groin punch or wall-running to a kick proves more satisfying when taking an enemy down. This has the added benefit of keeping momentum intact rather than having to backtrack in order to keep the flow of running.

Unlike other first-person games who limit their big-game moments to shooting off armor at key positions or a seemingly-endless wave of quick-time prompts, Mirror’s Edge leaves all its most perilous moments up to the player’s ability and their faith in it. Whether it’s coming against a wall of private security with heavy weapons or leaping over dozens of feet of empty space between construction cranes, players have to develop a confidence and awareness of what Faith can do while under their control. There’s an unspoken emphasis between that connection that’s lost in most FPS games where tools, not the avatar, get the job done. 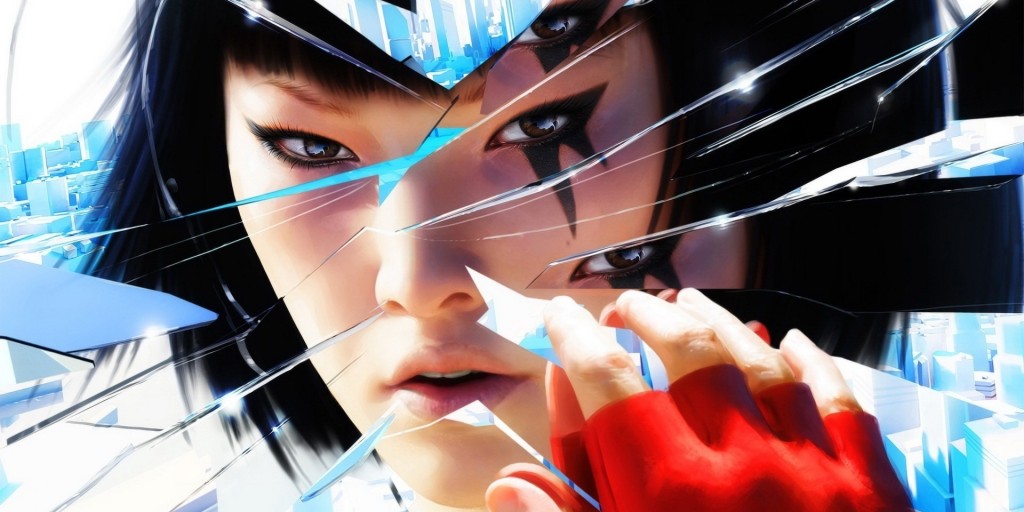 Visually its showing its age, and since 2008 there have been many imitators in the AAA market that have copy and pasted its mechanics to compliment its shooting and looting playstyle (Dying Light, Dead Island, Titanfall, Brink, Call of Duty) while polishing a few things along the way. It’s clear that DICE was on to something all those years ago, and the rest of the industry took note. But since then there hasn’t been a big budget title that has recreated the importance of movement over confrontation and the reward felt when escaping conflict rather than eliminating enemies on screen. Mirror’s Edge took a leap in doing something wildly different with a unique IP that defined a unique mode of play.

Written by Daniel Rodriguez
Daniel Rodriguez is a freelance writer and author from New York City.
Previous ArticleWhat Makes Food Cyberpunk? Part 2: Soylent, Everything the Body NeedsNext ArticleYoshimi’s Tokyo Restricted Area is the Soundtrack to Body Horror
You May Also Like 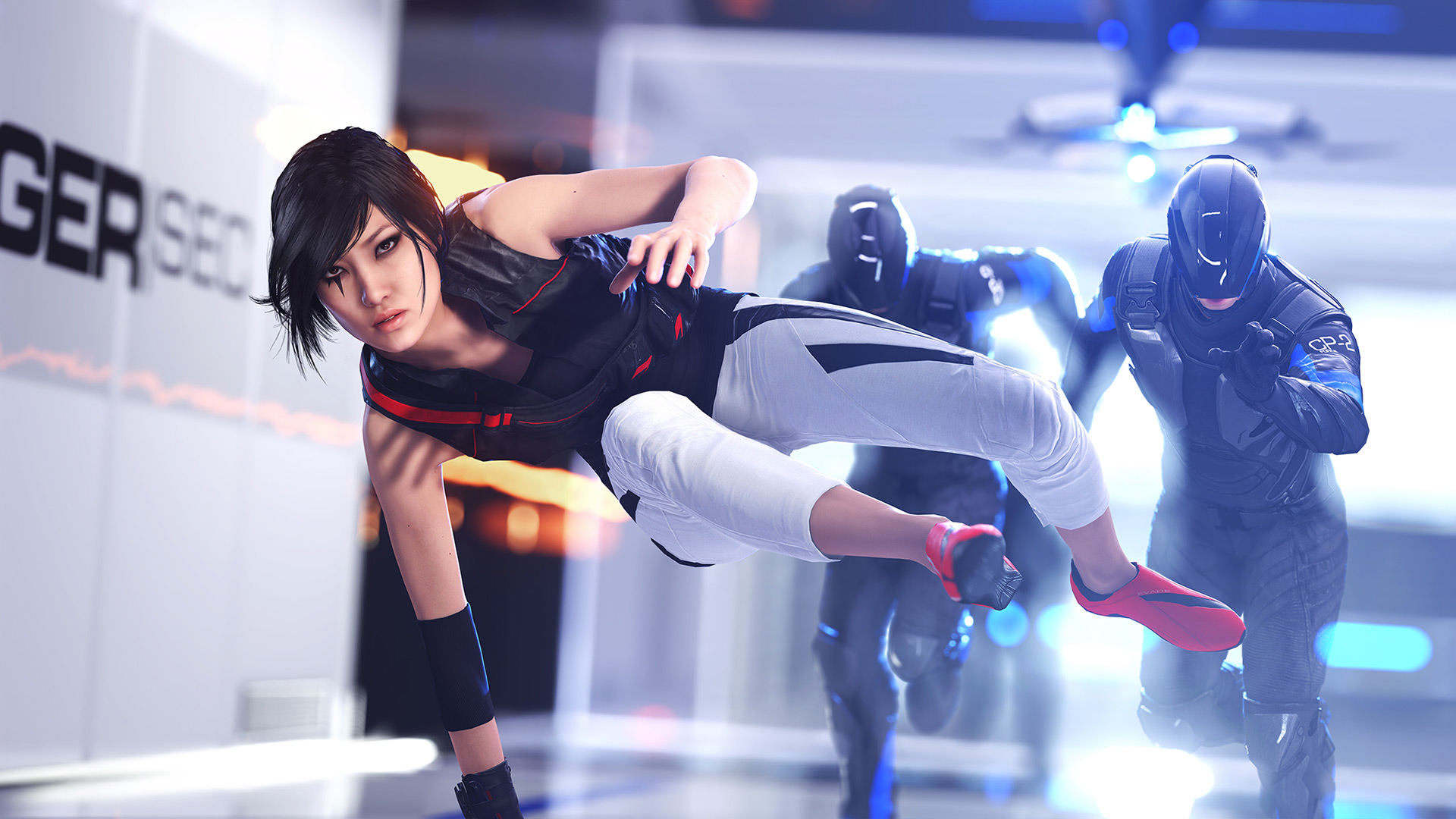 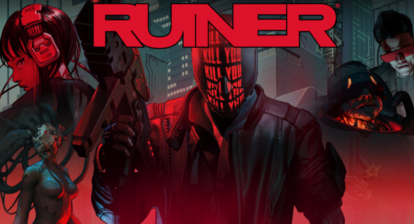 Ruiner: Eviscerate Your Way into the Depths of Cyber-Hell
March 15, 2019 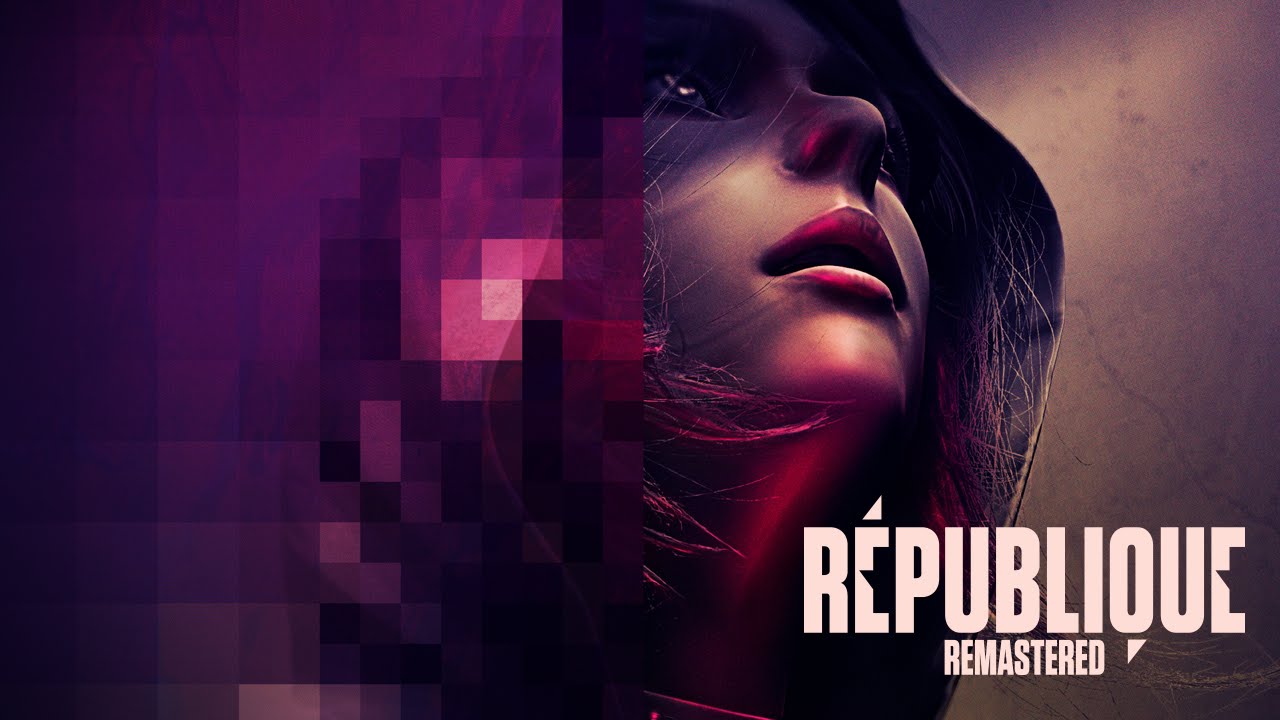