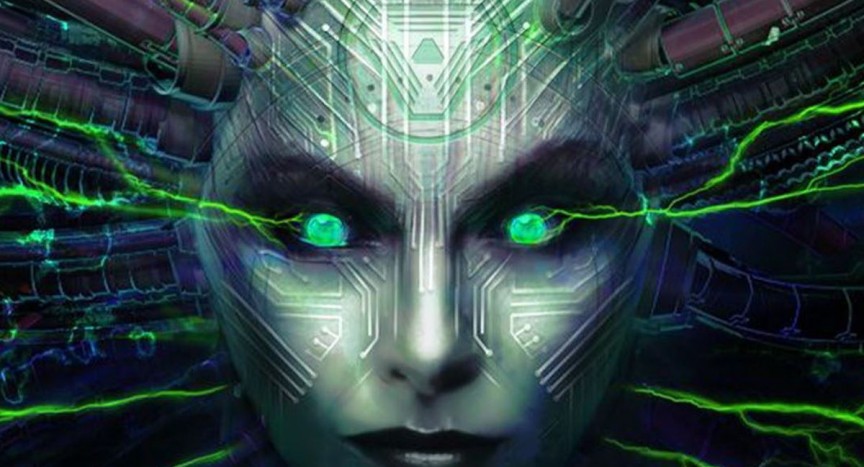 Welcome back, hackers, punks, loners, and aspiring cyborgs. This past week we’ve been keeping an eye on those who are keeping an eye on us, a proposed bill in California that will allow consumers to take back their technology, and a flood of new content from the teams working on both in-development System Shock games after a long, long period of silence. So strap in, lowlives–the ride may be short but, as always, it’s a rough one.

In what can be described as the “fuck up of the month”, phone company HMD is currently being grilled after Norwegian site NRKBeta discovered HMDs Nokia 7 Plus cellphone was sending personal data to a third party Chinese server. The data being sent included the IMEI, MAC ID, and SIM ICCID, all of which are unique SIM card identifiers that can be used to track an individual. HMD responded to the report by saying, “Our device activation client meant for another country was mistakenly included in the software package of a single batch of Nokia 7 Plus.” They claim the data was never processed and the information could not be used to identify someone (even though the types of data mentioned above are TOTALLY used to identify and exist for that purpose).

NRKBeta claims the phones were transmitting directly to the Chinese owned server http://zzhc.vnet.cn/, which is a state owned telecom company. HMD has close ties with China, the country usually being the first in the world to receive Nokia phones as they hit the market. This could explain how this happened by mistake, and even if this was a simple mistake, the HMD is likely to feel fallout from the European GDPR who takes any breach of privacy seriously. Check out the original article here.

I know a lot of you out there are tech-heads and computer junkies with plenty of knowhow to build your own machinery. If something breaks, you know how to fix it. You know, but can’t, because the replacement parts are not easy to come across or taking a look under the hood would void whatever warranty or contract you have you with one of our telecom/computer overlords. California is, for the second time, trying to pass legislation to give customers the right to repair their tech and force tech companies to sell replacement parts, give documentation on the product, and give supply codes to bypass DRM systems so new parts won’t be locked until the supplier activates them.

Leading this new bill is California State Assembly member Susan Talamantes Eggman [D-Stockton] whose Assembly Bill 1163 looks similar to last years. “For nearly 30 years California has required that manufacturers provide access to replacement parts and service materials for electronics and appliances to authorized repairers in the state. In that time, manufacturers have captured the market, controlling where and when we repair our property, and inflating the electronic waste stream,” Eggman said. “The Right to Repair will provide consumers with the freedom to have their electronic products and appliances fixed by a repair shop or service provider of their choice, creating a competitive market that will be cheaper for consumers and reduce the number of devices thrown in the trash.”

With the majority of repair shops being community owned, it would be a huge boon for small businesses if this legislation goes through, and  may lead to a far more educated public when it comes to their devices (one would hope anyway). For more info on this story go here.

Fresh off Titan Books’ presses, Philip K. Dick award-nominated M.T. Hill brings us a vision of the near, near future that hits close to reality in his new sci-fi conspiracy thriller, Zero Bomb:

The near future. Following the death of his daughter Martha, Remi flees the north of England for London. Here he tries to rebuild his life as a cycle courier, delivering subversive documents under the nose of an all-seeing state.
But when a driverless car attempts to run him over, Remi soon discovers that his old life will not let him move on so easily. Someone is leaving coded messages for Remi across the city, and they seem to suggest that Martha is not dead at all.
Unsure what to believe, and increasingly unable to trust his memory, Remi is slowly drawn into the web of a dangerous radical whose ’70s sci-fi novel is now a manifesto for direct action against automation, technology, and England itself.
The deal? Remi can see Martha again – if he joins the cause.

Zero Bomb hit shelves on the digital plane and meatspace on March 19th, which you can find here.

At last, Cory Doctorow‘s dystopian novella anthology has been released. As we’ve covered before, the Boing Boing co-editor tackles modern issues involving our increasingly-stifling environment, including digital rights management, the consequences of vigilantism, and Big Pharma. But don’t take my word for it:

Told through one of the most on-pulse genre voices of our generation, Radicalized is a timely collection consisting of four SF novellas connected by social, technological, and economic visions of today and what America could be in the near, near future.
Unauthorized Bread is a tale of immigration, the toxicity of economic and technological stratification, and the young and downtrodden fighting against all odds to survive and prosper.
In Model Minority, a Superman-like figure attempts to rectifiy the corruption of the police forces he long erroneously thought protected the defenseless…only to find his efforts adversely affecting their victims.
Radicalized is a story of a darkweb-enforced violent uprising against insurance companies told from the perspective of a man desperate to secure funding for an experimental drug that could cure his wife’s terminal cancer.
The fourth story, Masque of the Red Death, harkens back to Doctorow’s Walkaway, taking on issues of survivalism versus community.

Radicalized was made available last Tuesday through Tor Books, which you can find here.

It’s time to buckle up and slay mutant cyborg zombies like it’s 1999. Just a few days ago, the creator of the massively influential System Shock series, Warren Spector, gave us the first, very brief glimpse into the survival horror codifier’s long-awaited third entry after a 20-year hiatus. Aside from the above teaser, OtherSide Entertainment has kept the details regarding the game tightly under wraps, but we can be certain that we’ll be seeing more of SHODAN than we want to.

In addition to the above announcement, necromancer of classic games Nightdive Studios just released 21 solid minutes of pre-alpha footage for their own project, the original System Shock’s remake. It looks goddamn terrifying. Both games are simultaneously in development, and we haven’t heard much from either developer for some time, so it’s incredible that the news between the two should be released within such a short period.

System Shock was first produced in 1994, following a hacker imprisoned upon a megacorporate space station that has been turned into a sadistic hellscape by a psychopathic rogue AI known as SHODAN. In 1999, the game’s sequel was released, following a similar premise. Both games have been heralded for their innovations in the first-person shooter genre, and members of the original development team, Looking Glass Studios, went on to create spiritual successors in the Deus Ex and BioShock series. Since System Shock, a number of sci-fi horror shooters have followed in the same vein, including Half Life, Dead Space and Alien: Isolation. No news yet on 3’s release, but the remake is anticipated for 2020.

Katana Zero: Coming to PC, Mac, and the Nintendo Switch

More news on long-awaited cyberpunk game releases! Askiisoft‘s future-samurai slasher/neo-noir Katana Zero is due for release on Steam and the Nintendo Switch eShop on April 18th. Published by violent indie game favorite Devolver Digital, Katana Zero was pushed back from an initial 2017 release date, but it looks like the time it’s taken to make the final adjustments has been well worth it. Promising cinematic storytelling, breakneck action, and neon-splashed revenge thrills, Askiisoft and Devolver know exactly who their target audience is.

Finally, a cyberpunk beat-em-up that looks ripped straight out of 1992. Released on Steam this past Monday by Vindicate Games, Unending Dusk takes place in a post-apocalyptic future overrun by demonic cyborgs. You, as one of four elite mercenaries, must make your way through a randomly-generated ruined city to defeat the ultimate evil, which is keeping the world locked in a state of perpetual twilight. The game features action RPG leveling elements, online co-op, and side-scrolling gameplay that hearkens back to classics like Streets of Rage and River City Ransom. Unfortunately, the game is only available for Windows at the moment, but you can find it through the Steam marketplace now.

Brought to you by French developer Ikigai, a studio comprised of game industry veterans and experts from Sorbonne Université, Hellink delves into the future of fake news in the year 2044 after Néo-Sorbonne is hacked. As Elixène Seyrig, a cybercrime expert, you must use your augmented reality lens, the e-Lux, to stop the spread of misinformation in the information age.

Debuting on Steam on March 8th, the game features what seems to be high-effort visual novel gameplay in a sleek post-cyberpunk world, combining the dialogue-based puzzles of the Phoenix Wright series with the intent to educate its audience about the current fake news epidemic. However, Ikigai states that their goal is not to create “moralizing educational games”, but “games that respect your intelligence… and your love of gaming”. The best news of all: Hellink is absolutely free on Steam for PC, Mac, and Linux. Unfortunately, the downside is that it’s currently only available with a French translation. Still, whether or not you’re fluent, you can get your free copy here.

By comparison with last week’s column, you may be finding yourself a little bit starved for content. But don’t worry, we’re sure that within a week’s time the megacorps will be back to their typical schemes and the cyberpunk culture generator will be operating at full power once more. Still, if there was something we missed, make sure to drop us a lead in the comments or on social media. Until then, we’ll be seeing you on the ‘net.

Written by shadowlink
shadowlink is lost in a sea of information. Cyberpunk helps him cope with his constant future shock.
Previous ArticleLast Week in Cyberpunk – 3/4/19 to 3/17/19 the two week specialNext ArticleSoundtracks to a Dying World: Death Grips
You May Also Like