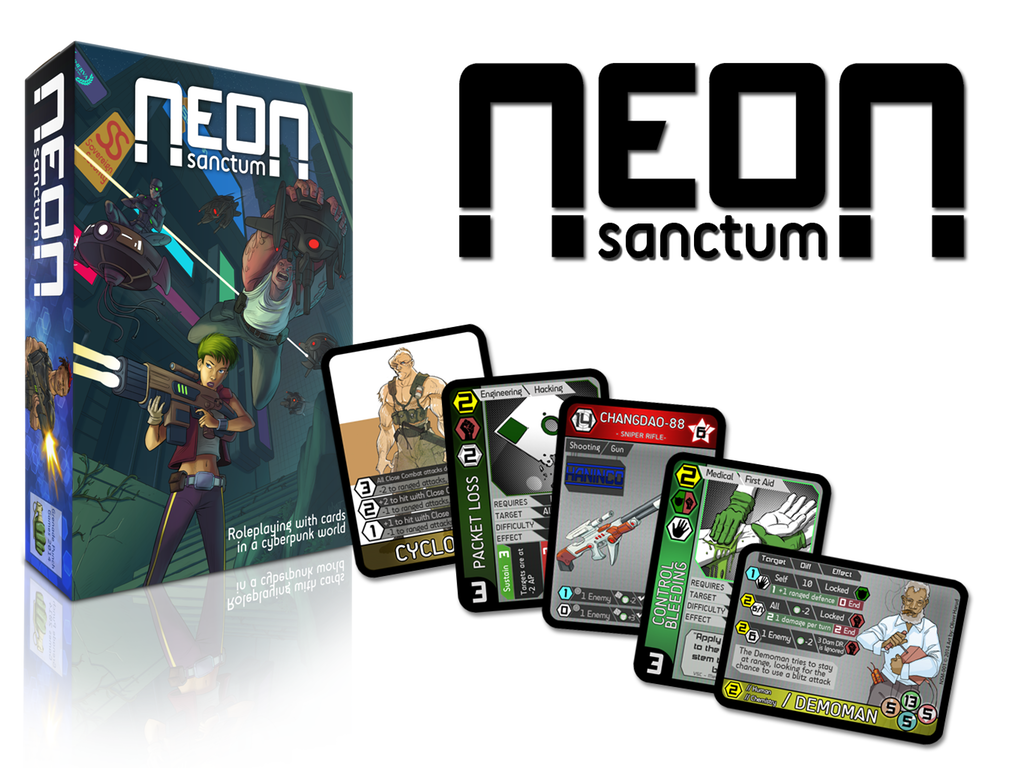 Is there a lack of cyberpunk in your games collection? Bored of Netrunner or Cyberpunk 2020 but can’t find an alternative?

A couple of weeks ago Grenade Punch Games launched a Kickstarter campaign for a new card-based cyberpunk RPG game, Neon Sanctum. The campaign currently has 13 days to go and has received 50% of its £12,000 funding target. After a massive burst of funding in the first couple of days, it’s still got quite a way to go and needs your help if it’s going to get there.

If you haven’t seen it or heard about Neon Sanctum before, read on.

Neon Sanctum is, according to the creators, “An accessible cyberpunk RPG where your cybernetic enhanced & mutated heroes live in a post apocalyptic world controlled by megacorps.” It’s an RPG, so players will be playing through a story set in Neon City where you’ll encounter huge corporations running the show or mutants walking the streets. Players attempt actions using their skill cards and the DM sets difficulty scores that the player has to equal or beat using 2d10’s. Those are the core mechanics in a nutshell.

The game is designed to be accessible but the depth is there if you’ve mastered the basics. Digging deeper, you’ll find that there are story and combat scenes where different cards can be used. There are aspects of resource management as players can use skill cards to boost their chances of success when attempting certain actions, but using them puts them in a cooldown deck. There’s attack, defence, movement, and cooldown phases (to name a few) to cover all actions players would like to take in a round. Then there’s character creation that comes with the traditional skills and skill points, but also traits and flaws that can make for interesting decisions. 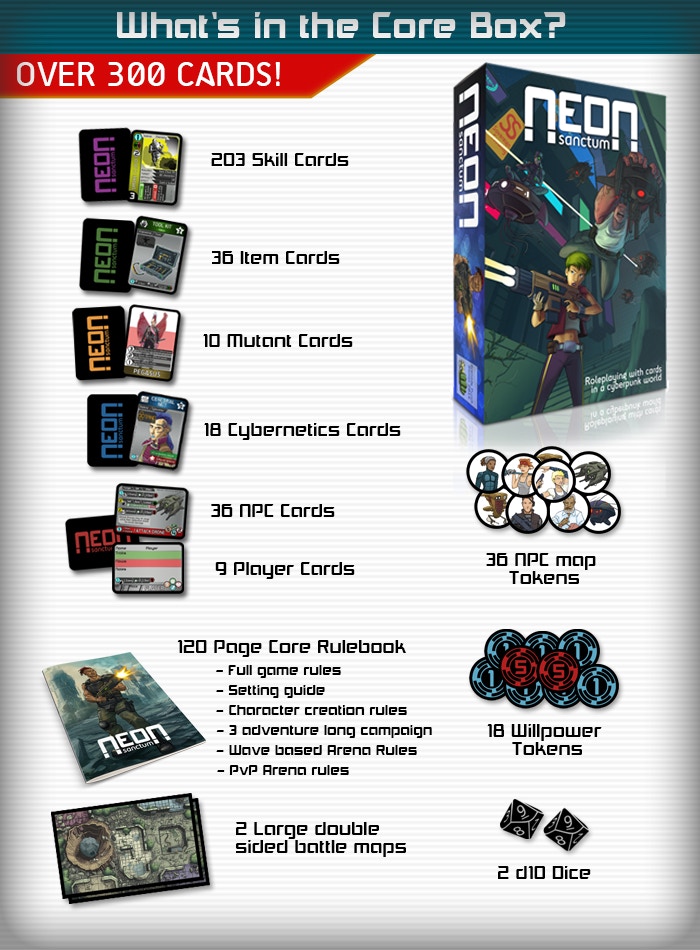 The game has received substantial playtesting, made possible by the creators providing a free downloadable kit [.zip file] so you can print and play. The creators will be releasing new sets, but everything you need will be in the core box. Anything that’s new will be add-ons, there to build upon your existing decks or to provide new scenarios. The core box itself comes with over 300 cards (for only $50!) that will allow 4 people plus a DM to play Neon Sanctum. Between 5 people, that’s a steal for what could be hours of entertainment.

Take a look at videos below to get a more in-depth look at the different cards you’ll be playing with.

Written by Zymepunk
Zymepunk was drawn into the world of cyberpunk by Deus Ex and Blade Runner and now looks both back and forwards in time for anything that may come close to those masterpieces.
Previous ArticleWhat Does The Internet Look Like?Next Article‘Deus Ex: Mankind Divided’ Game Announced
You May Also Like 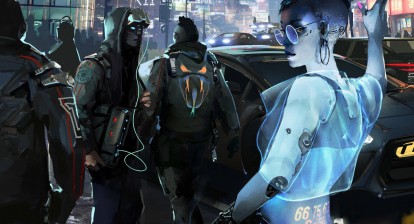 The Cyberpunk Red Jumpstart Kit: More of the Same, for Better and for Worse
August 29, 2019