You wade ashore, half-drenched and foggy from the effects of space travel. In the sea behind you, thousands of empty pods just like the one you crashed in on bob silently, uselessly. The government only issues one-way tickets to those drafted to populate the frontier colonies.
Your eyes travel from the rocky beach at your feet up to the concrete high-rises crowding the island city. It’s not very attractive, but neither are you at the moment.
You hear a muffled gunshot to your left and drop for cover, your instincts still sharp from your time in the Second Civil War. Peering past a rock, you see a woman in a grey jumpsuit crumple to the ground. A moment later you recognize what can only be the shuffle of papers, and your name called in the dispassionate tones of a mid-level bureaucrat.
“It’s my pleasure to inform you that you’ve accepted your new position as an Agent of Asset Inquiries with Wolffz Bay Services. Your benefits and salary are detailed on these papers. Please initial here, here, and, yes, here as well, in black or blue ink.”
Uneager to offer any dissent to a man that just gunned down a woman as casually as he might order a danish with his tea, you sign as directed and follow him into the dark shadows of the city before you. 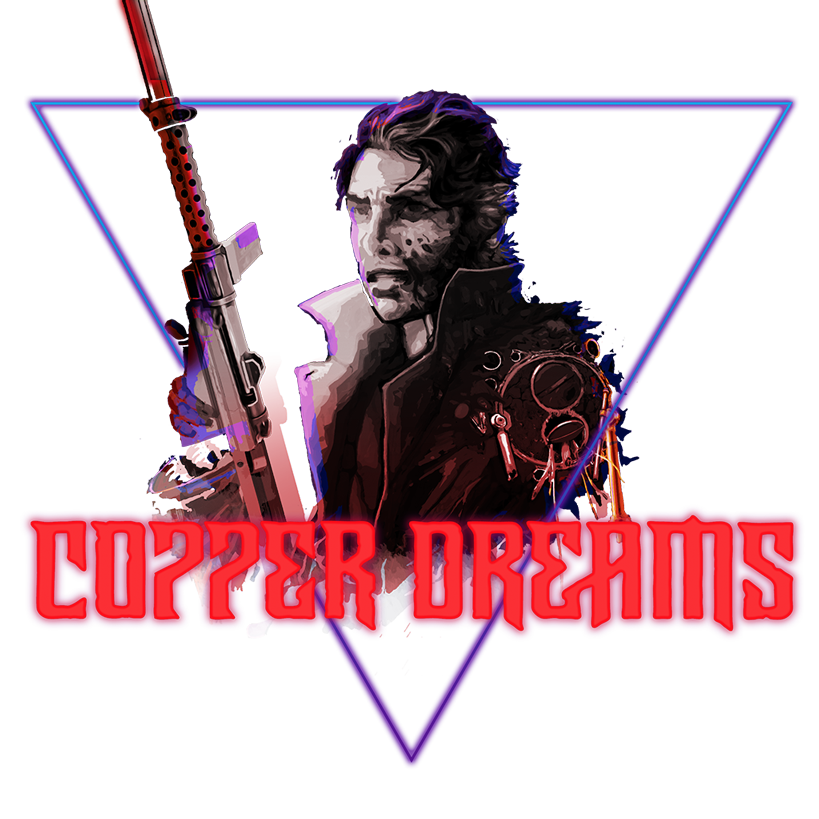 Copper Dreams title image. A man holding a customised submachinegun with what looks like a partially augmented body.

Are you dreaming of a new life in the off-world colonies? Would you be satisfied instead with the thrill of a pen-and-paper role-playing game on your home computer? No dice. No missing character sheets. No problem players. Just you and the soothing glow of your monitor bathing you in neon until late into the night. If you’re already sold on this idea then take a look at the kickstarter page for Copper Dreams. If not, then allow me to give you a summary of why Copper Dreams is going to scratch the itch at the back of your neck in a way that the real world just can’t.

Copper Dreams is the next major project from Whalenought Studios, a two-person software house responsible for one of the most interesting cRPGs of 2015: Serpent in the Staglands. With a heavy influence from Eastern European folklore it’s fair to say that Serpent in the Staglands doesn’t cater to the profile of a Neon Dystopia reader – there are no mirrorshades in the Staglands – but the open-ended nature of success in the game, the way that it rewards an intelligent player who’s not afraid to investigate different solutions to a puzzle or a battle, or to find an unexpected use for a skill shows the kind of pedigree that’s going into Copper Dreams and I think that approach that a Neon Dystopia reader could get behind. 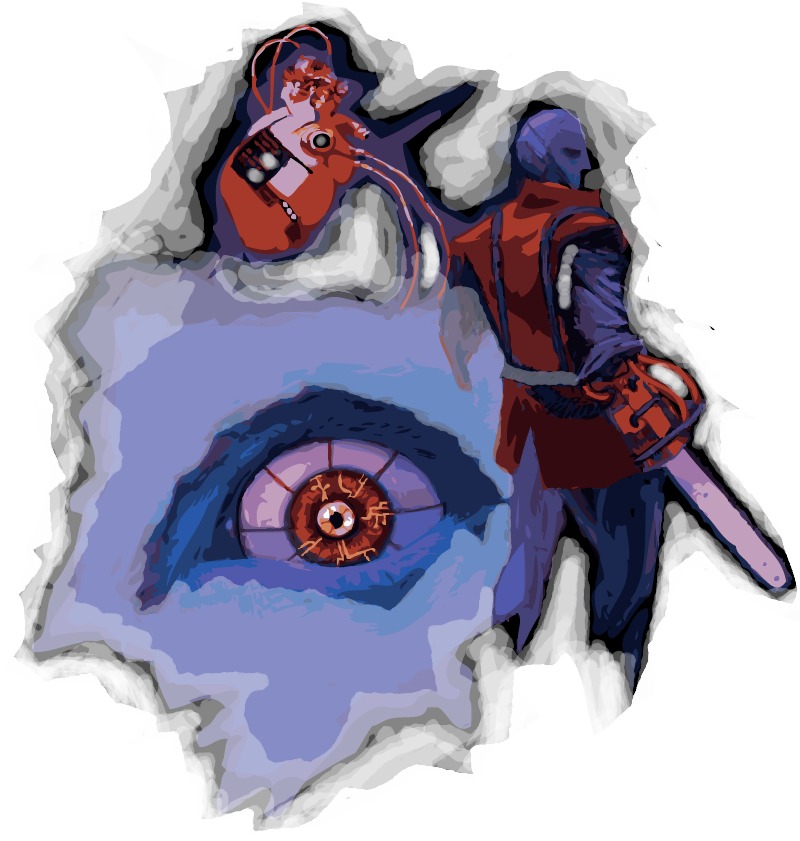 Early interviews with Whalenought Studios reveal some of the narrative influences behind their new game. Syndicate, the dystopian tactical action game of the early 90s, looms large. Manhattan in Escape from New York is an obvious ancestor of the future Randian prison island of Calitania. Concept artwork shows body modification both internal and external; limbs can be replaced with high-functioning prosthetics or simple weapons, mobile eyes can be purchased for remote surveillance, cloaking rigs can be installed for stealth. According to the design information on show cybernetic enhancement will be an important part of building a potent Asset Inquiries team. The setting of Calitania seethes with conflict that your Agent will no doubt end up needing to exploit to stay alive. In the high-rises of the city corporate interests will clash. On the streets the futurist preachers of the Faith exploit the misery of the masses. In the alleyways, in the dark, carrying a thousand calories will get you stabbed without a second thought. As an agent for Wolffz Bay Services you won’t have to worry about where your next meal comes from. The same cannot be said for the Calitanian masses.

The game system that orchestrates this all goes by the name of the Burning Candle. It is, to use a technical term, a Real-Time With Pause kind of game where hit points don’t feature in your character sheet but ailments, injuries, and mortal wounds do. It’s one thing to get singed by a rent-a-cop’s ray gun on wide beam, you can still get the mission done with a unpleasant sunburn, but take a gauss rifle round to your right arm and suddenly you’re wishing you’d brought a pistol along as back up now that you can’t aim your plasma rifle. Maybe next time you’ll try that raid at night with a brace of flash-bangs to blind the guards and their bargain-basement night vision goggles. In Copper Dreams the game time promises to run consistently through all events in a dawn / day / night cycle where the clock runs down whether you’re on a run or resting up from the last one. 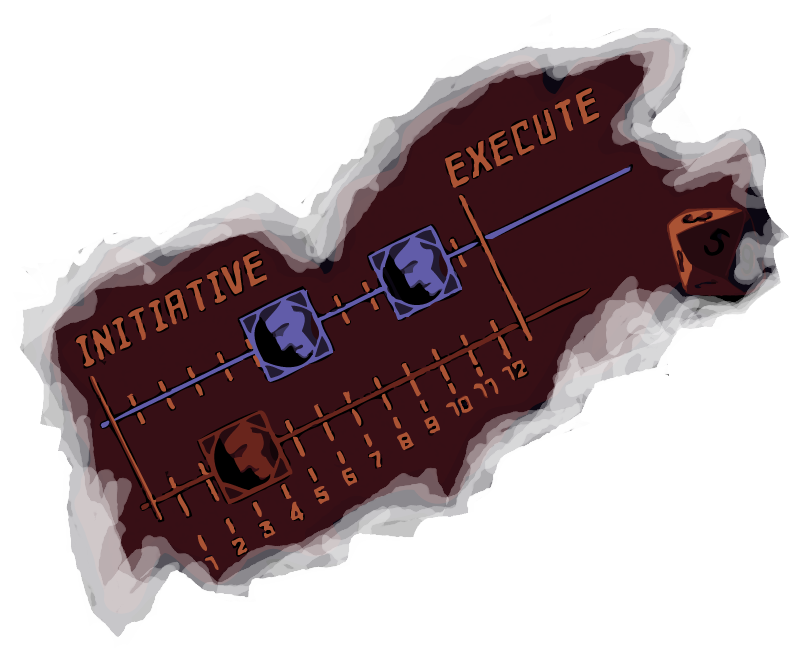 As a platform Kickstarter doesn’t guarantee that a funded project will meet its goals. That may put prospective purchasers of the game off of making a pledge. Fortunately the funding that Whalenought Studios are looking to generate from this crowdfunding campaign isn’t necessary for Copper Dreams to be completed. Strong sales of Serpent in the Staglands, their previous Kickstarter project, mean that they have the funds needed to make this dream a reality, the excess money gathered through Kickstarter will be used to enhance the base game, provide extra music, and potentially pay for voice-over work and more detailed dialogue with NPCs.

Now that you know all this it remains to be asked: Are you still dreaming of a new life in the off-world colonies?

Copper Dreams is currently seeking funding via Kickstarter (https://www.kickstarter.com/projects/1649838104/copper-dreams) with an expected release date of March 2017 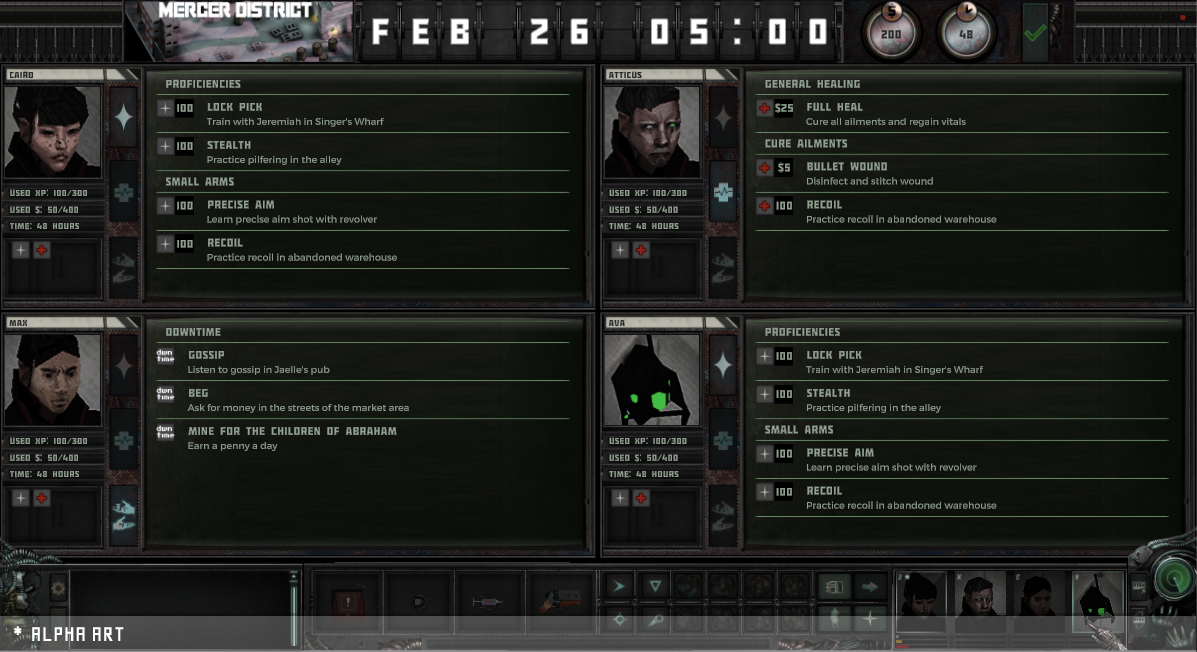 Written by Bill Ryker
Bill Ryker is sat in a cubicle farm, bathed by artificial lighting. His corporate enslavement involves waiting for his role to be either outsourced or automated. In order to keep him docile, Bill is permitted the use of headphones while at work. His corporate masters have not realised their mistake.
Previous ArticleNeon Shudder’s ‘Cadence’ is an exercise in multimedia storytellingNext Article‘Style over Substance’: A Review on Machete Girl 8.4
You May Also Like