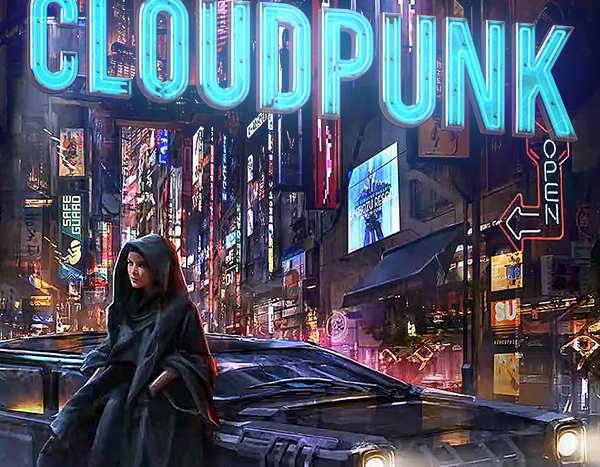 Welcome back to Boss Rush, the only column on the internet that will only stop when somebody buys me Cyberpunk 2077 and a console to play it on. Getting sick of me yet? Then pay up, bitch.

Today we’re taking a break from the murder spree simulator hemisphere of cyberpunk gaming, because we’re right in that sweet spot where the election and winter rage have finally subsided and the next crisis has yet to present itself. Maybe now would be a good time to reflect on the fact that time itself is simply one long, slow march towards the heat death of the universe, and that all we can really do is cling to each other as our world decays around us. Or, you could play Ion Lands’ Cloudpunk and let the game do all the sulky ruminating for you while you zoom around in a flying car. I chose the latter.

In Cloudpunk, you play as gray-market delivery worker Rania, who has just arrived at the City, a megastructure comprised of skyscrapers stacked on top of one another. This is Rania’s first night on the job, so together with her pet/dashboard AI, Camus, she begins her new life in the gig economy of a city fraught with corporate abuse, corrupt data, and infrastructural disasters. It doesn’t take long for Rania and Camus to realize that there is something very wrong with their new home, however, and find themselves taking on a variety of packages from shady customers. But when you’re working for Cloudpunk, one rule stands above all others: don’t ask questions.

Even the casual observer can see that level design takes front and center stage in Ion Lands’ debut. I have to say, I was never particularly impressed by voxel art. I felt there was little reason to be impressed by someone’s Minecraft sculptures if there was no practical use for them. However, Cloudpunk showed me just how much can be accomplished with a small team of developers and the goal of creating an entire world of little cubes as building blocks. Everything “material”–that is to say, the things that make up the world, not the interface–are made from voxels, from the structures and vehicles to the people who inhabit them. Each section of the city feels unique, as if handcrafted. The effort put into creating such an immersive world must have been herculean. Keeping the camera in cinematic mode while on foot in particular made me feel like I was experiencing life as a very small part of a very large, dying organism, as mega-towers housing hundreds would short out, then crumble in the foggy distance beyond the precarious catwalk my character was currently occupying.

In conjunction, this sense of helpless horror is reinforced by the game’s story, which takes all the familiar tropes of cyberpunk–automation, AI rights, androids, VR, cloning, augmented reality, drugs, nanotech, you name it–and reweaves them into a surreal (if a bit worn) narrative, telling the tales of a human/posthuman society that has become obsolete within the guts of this higher being that is quite literally the City, ever climbing upward, until nothing makes sense and nobody understands what reality truly is anymore. Nothing literalizes the hopelessness and madness of a capitalist society without direction more aptly than a quest involving delivering the belongings of an individual boarding the City’s famous escalator to nowhere, which, for a fee, delivers destitute individuals above pervasive smog clouds for mere moments before delivering them to a long and lethal fall. But perhaps what comes closest are the Andersons, android employees who are programmed not to recognize the world outside their corporate office, in their own little micro-dystopia never realizing the owners of the company died an interminable amount of time before. It’s the way that Ion Lands rearranges and inventively reapplies new dynamics to old plot devices that ultimately builds to a dreamy atmosphere that has lost all sense of history, time, and place, set to a fitting synthwave soundtrack to boot.

However, the game isn’t without its downsides, and most of them have to do with what must have been budget or software constraints. Despite being an open-world game, there isn’t a ton to do, and the story is somewhat formulaic and linear. Sure, it’s all in a day’s work for a delivery driver to go back and forth between pickup and destination points, but I felt as though a false sense of urgency the game places on the player took away from admiring the scenery and exploring on my own time. Furthermore, the game is full of so many dialogue dumps that it was sometimes faster for me to arrive at my destination before a conversation between Rania and her cohorts/passengers would finish, forcing me to wait around in case I was missing out on some important information. Maybe I’m just impatient, but I felt like the game’s pacing was regularly disrupted by superfluous exposition dumps. Much of the voice acting for the English version of the game is underwhelming, as well.

I also wish I understood how the city is organized better. I mean really, how hard is it these days to make a multi-tiered map? While I do believe that the organization of the three-dimensional space in Cloudpunk is very well done for an independent effort, I will admit I had slightly higher hopes for how far the game would take this aspect of level design. It would have made my heart go pitter-patter if more of the environments had a greater sense of vertical scale, truly showing us the disparity between the elite and the impoverished simply by moving between vertical sections of a 2,000-story arcology/skyscraper. But I’m probably just nitpicking. I don’t know the specifics behind the map design choices, but I suspect it would be difficult to render three-dimensional environments without frustrating loading times on a game engine like Unity.

Despite minor flaws and glitches, however, Cloudpunk is worth your time and effort simply for the sole fact that you can just fly around and bask in so much cityscaping that looks like the most aesthetic parts of Blade Runner. It’s rough around the edges, but I would love to see a follow-up that fleshes out its gameplay style, because despite my griping, this game delivered some truly awe-inspiring moments.

You can get Cloudpunk for PC, PS4, Xbox One and Nintendo Switch.

Do you wear clothes? We all have to at some point. So when it’s time to hit the streets, and you don’t want your clothes to be made by corporations using actual slave labor, NeoMachi has you covered. With neon drenched designs made by the cyberpunk community, their setting out to create eco-friendly (and people friendly) clothing that’ll make ya look killer without killing the environment. So grab some threads at NeoMachi to show your support!

Written by shadowlink
shadowlink is lost in a sea of information. Cyberpunk helps him cope with his constant future shock.
Previous ArticleNowpunk, Mr Robot & The Importance of Representation in CyberpunkNext ArticleAlternate realities in the every day: extremism, the internet, and the death of truth
You May Also Like 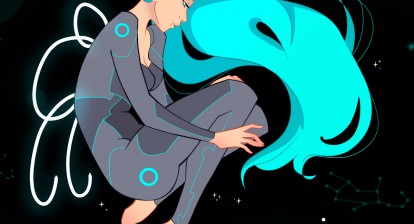 Listening is About Sacrifice and Technologically Enabled Telepathy [7/10]
April 29, 2016

“Audible even over the gunfire”: A Review of A Song Called Youth Trilogy
October 23, 2018
1 Comment