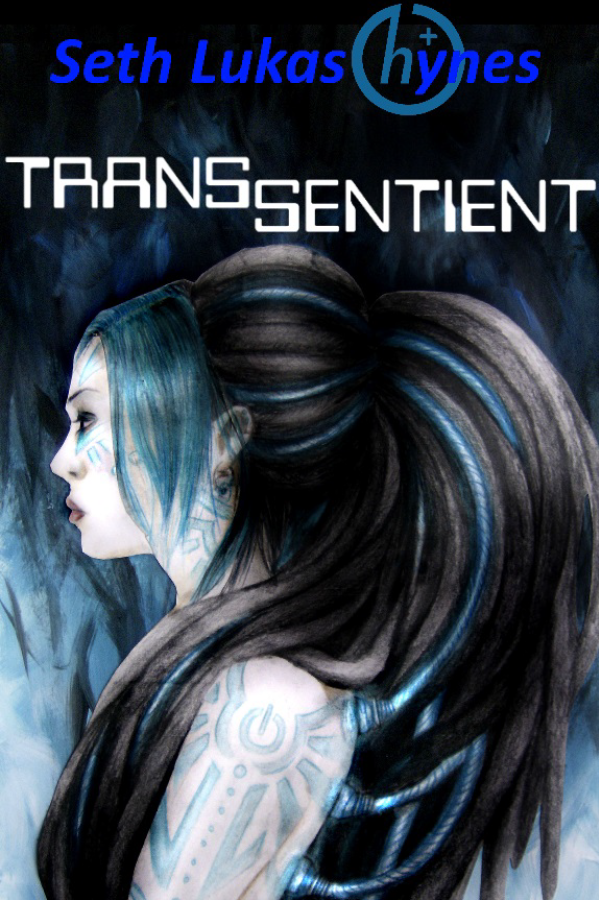 Is this cyberpunk? Is that? Is it cyberpunk enough? The sameness of the kinds of questions that get passed around online circles about the genre can make anyone sick of cyber-anything. Just about every permutation of those simple questions has been asked over and over again that they no longer stimulate conversation (but, man, do they annoy). Now, ask what is and isn’t post-cyberpunk, and there might be something worth discussing.

In Trans-sentient Seth Lukas Hynes collects short post-cyberpunk fiction with a particular interest in the efficacy and distribution of agency and rights in the era of cyborgs and sentient machines. Humans, cyborgs, and androids alike are shackled to the earth beneath them, so they remain steady as they’re fed a set of rules and expectations that set their roles in society and the boundaries that keep the delicate ecosystem of the future in place. Or, if they manage to break free, they use their technological talents to look for ways to change those systems in some small way. And change is the central focus of these stories, as they abandon known conventions of cyberpunk in an attempt to define some small corner of this subgenre, rejecting known tropes for modern political and moral conundrums.

Acting as the main social and political nuisance of Trans-Sentient are Isaac Asimov’s “Three Laws of Robotics” as written in “Runaround.” If for some reason they haven’t been committed to collective memory by now, they are: a robot may not, directly or indirectly, harm a human; a robot must always obey human orders except when in conflict with the first law; and a robot must always protect its existence unless doing so conflicts with the first two laws.

These laws make up the official DRM of this future, which, as it turns out, is not an effective system for society building. They may have made for good sci-fi 75 years ago, but in a time where people are expecting robots to look, move, and sound like humans a limited set of regulations would ruin any growth the field of robotics could ever achieve. That sits at the center of Trans-Sentient’s argument, and for a lot of the book, it works reasonably well. And at other moments it does not.

A lot of the prose happens to be a bit too expository, seemingly concerned whether or not the reader will grasp the imagined technology or hackneyed terminology needed to make the magic-as-tech implements work for their stories. This is backed up in an afterword by Hynes, summarizing the anthology’s thesis after more than 160 pages of stories. It gets in the way of points many of the authors attempted to make, but even that encounters problems.

As potent as they are now there’s little difficulty imagining identity politics being around more than 50 years in the future. It’s been a staple in sci-fi to extrapolate the problems of the now to the setting of tomorrow. But when prejudices of an oppressed group today remain intact and are used to make them appear the oppressors of tomorrow (without earning it) all so a new group of maligned people can earn sympathy it rings hollow. And that apparent disconnect appears with some regularity as machines or the technologically-addled are made to be the lower class while ignoring the human extension of those problems. It’s as though the effect of the Three Laws are reversed, limiting the humanity of actual people.

This is the case when the story’s scope is wide, or the objective is clear in its intent to inform, but when the focus is narrow certain pieces are better in advocating for robot rights by showing how humans are still equal in deserving those same protections. 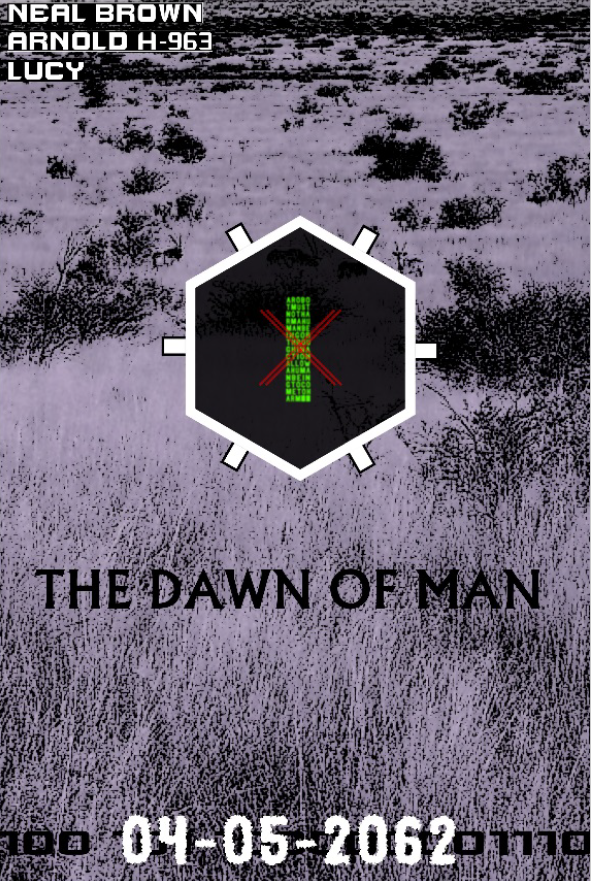 “Johann Berg’s” (Hynes) article “The Dawn of Man” does this reasonably well in an interview format with Trina McCauley, a droid turned filmmaker that wants to expose the absurdity of the “Three Laws” to human and machines in a time when droids are on equal footing with humans in term of capability but not in freedom. Making a film that rails against the current system that dictates, and by extension literally controls, Trina’s ability to do her job is a mundane but effective way of showing the restriction introduced by political constructs while leaving the nihilism of cyberpunk aside and being more proactive in solving social problems.

It’s a very matter-of-fact read that acts as light promotion for a film that rounds out a career of successful shorts, all focusing on different angles of the Three Laws and how they affect droid and human alike. And that aspect makes Berg’s piece, that this problem in this high-tech future is mostly mundane but frustrating for Trina presents a big idea in a casual way, making it more digestible than the more didactic stories packaged alongside it.

It’s been repeated so many times that it’s become axiomatic–”the street finds its uses for things.” Stylizing the bombed-out tomorrows of traditional cyberpunk and the waves of fiction that followed, held together thematically, hasn’t held up in quite the same way because it has turned into more of an affectation, a throwback. Trans-Sentient is aware of this, acknowledging that the corruption of the future is better hidden like in “Responsibility,” showing greed to be less a thing of corporate malfeasance and one of social irresponsibility. And analyzing the personal touch technology has on the individual in intimate dramatic moments in “Self-Protection.” But when ambitions get too big for its stories, Trans-Sentient stops making its distinction from traditional cyberpunk and is weighed down by ideas that may have otherwise excited. But when stories close in on the familiar, readers can see how the constraints the “Three Laws” are around them in the now in myriad forms.

Written by Daniel Rodriguez
Daniel Rodriguez is a freelance writer and author from New York City.
Previous ArticleLast Week in Cyberpunk 3/24/2017Next ArticleCyberpunk Through A Woman’s Mirrored Lens
You May Also Like