Moving on from last week, we’ll be delving deep into one of my favourite roboty texts, and analysing specific themes and motifs about the representation of the robot.

I mentioned that I’d be using the Czech writer, Karel Čapek’s, use of the word; and, in essence, the term that I’ve derived from his works sums up to: a means of inhuman slave labour, to rid man from work and alleviate conditions for the human. But, what did we learn from James Cameron’s The Terminator? Or even IDW’s brilliant short series D4VE?And, well, countless other robotic tales? They are often plagued by themes of the Fall, the end times and the inevitable rebellion of the artificial proletariat. 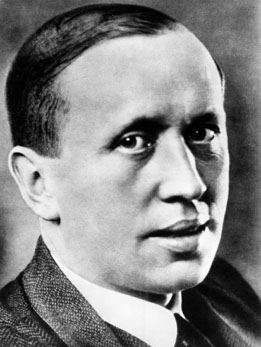 A photo of Karel Čapek.

Čapek initially thought R.U.R. to be an SF comedy. He elaborates:

‘I wished to write a comedy, partly of science, partly of truth. The odd inventor, Mr. Rossum is a typical representative of the scientific materialism of the last century. His desire to create an artificial man…is inspired by a foolish and obstinate wish to prove God unnecessary and absurd…he is not concerned to prove but to manufacture…those who think to master the industry are themselves mastered by it.’

I am intrigued by his notion of being mastered, and in fact, this being mastered concept is irrevocably related to the Fall in which I’m writing about. Čapek views this play as a comedy, but not in the tradition sense, but through the lens of irony. Čapek understands that through man’s hubris, the fall is all but secured; and it is by this apparent illusory mastering of technology (or industry, as he states) that will hasten such doom.

Initially, in R.U.R. the robots, like in many SF texts are depicted as nothing more than tools. As the general manager of the factory, Harry Domin claims that ‘robots are bought and sold’ (Čapek, K 1920, pp. 10) in reference to the President of the Human League, Helena Glory’s, attempt to humanise the robots. To Domin, and to a lesser extent the rest of the factory staff, view the robots through the lens of Rossum. They are tools, and then they are ‘used up’ (Čapek, K 1920, pp. 10), unable to die like the humans. Helena is outraged and even willing to attempt to free the robots; but as Dr. Hallman states, ‘they are only workmen…they’ve no will of their own. No passion. No soul,’ (Čapek, K 1920, pp. 23). Reminiscent of the robot texts that we as consumers and avid readers have come to love and enjoy, the robots have been created for one purpose, and one purpose alone: labour. Even as Domin shrugs off the inevitable rebellion, merely scoffing that ‘it would be easier for you to cause bolts and screws to rebel,’ (Čapek, K 1920, pp. 40), the robots are still viewed as meagre tools to be ‘used up’ as opposed to the threat Čapek mentioned earlier. 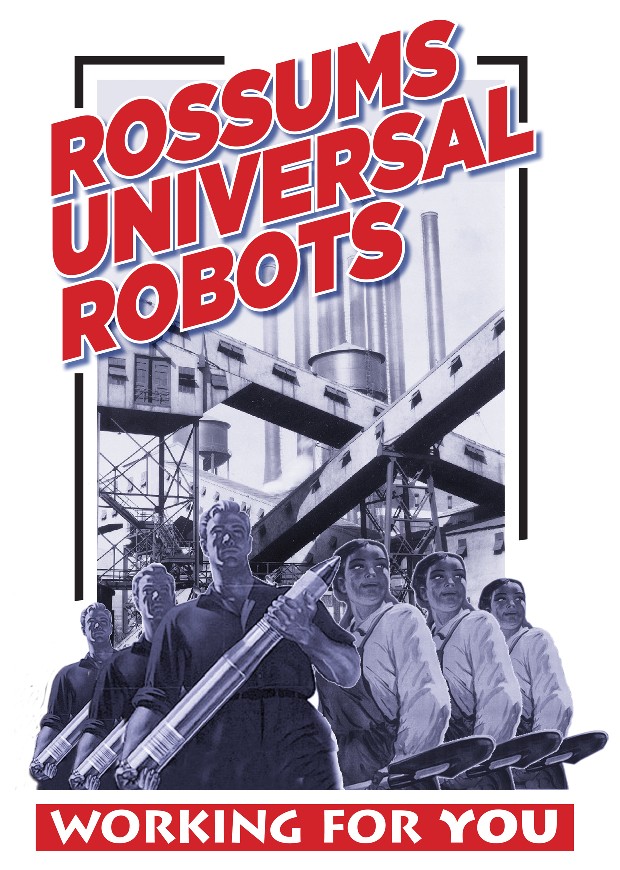 It is during Act II the viewer (or reader in my case) comes to understand the nature of the robot through Dr. Gall’s new experiment, Radius. A lovingly created robot, he “captures” a new sensation, the sense of revolt that forces him to yearn for mastery. He states:

Throughout Act II and even Act III, the looming dread of this oncoming rebellion is meaningless to the humans (not Helena, the only one to really understand the gravitas of the situation). She burns the secret formula, and of course, rebellion ensues as does the annihilation of the majority of mankind. One human was kept alive, the clerk Alquist, who is tasked with discovering a new way to breed robots, which of course is meaningless due to the fact that he is not a scientist, or mechanical in any way. He works with his hands, and not his head or heart. Therefore he cannot build, or even breed a new race for Earth.

The play ends melancholically, the race of man extinguished due to an ever expanding industry. Though Čapek uses his robots to represent technology, it is through my lens that I come to understand the play as the prototypical rebellion fable. Not one akin to Cameron’s Terminator, but one akin to the French Revolution. Rossum’s robots are not merely bolts and screws, but a melding of the organic and inorganic. Cyborgs, essentially. First slavery, then revolt, then rebellion and then renewal; the cyclical nature of mankind is revealed within the play; the robots are not merely industry or destruction, but us. Our yearning. Our misunderstanding. Our reasoning. Our love. And our violence. Perhaps unknowingly, Čapek’s play feeds into our primal anxieties. And as God said to us, Alquist says unto the robots; ‘Go, Adam, go, Eve. The world is yours’ (Čapek, K 1920, pp. 101). 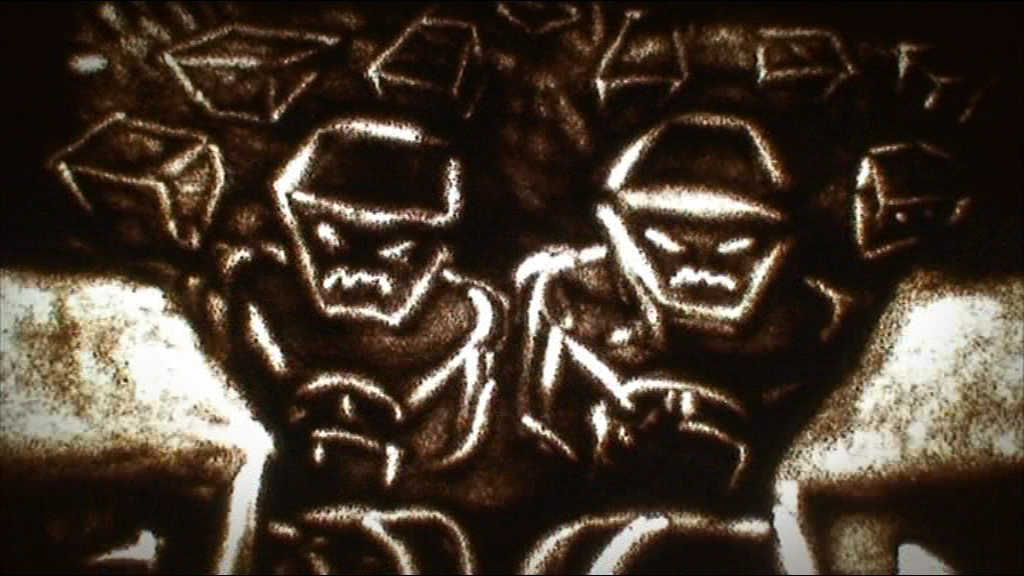