L0wl1f3 is the brainchild-zine of editor Steven J. Matos; an unsleeping punker born in what he calls, the bowels of New Jersey.

It is a brand new zine, and something I was very excited for, especially as I came across the cover page illustrated by Edwin Urena; a pinky, neon-lit page reminiscent of the eighties, and a macabre, skeletal revenant jacked into his VR set. It is a bit on the nose, but fitting for the zine that L0wl1f3 is trying to be; and that is, an unabashed love letter to elder SF authors such as William Gibson and Bruce Sterling; and that is something I can live with. Mostly. 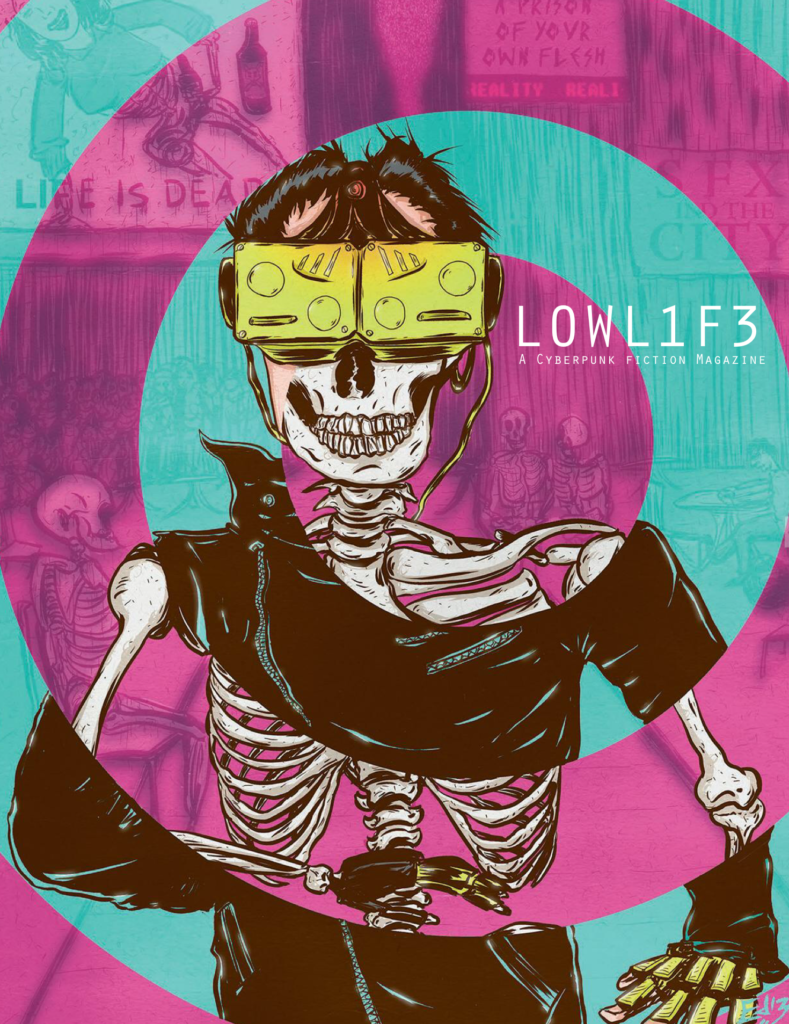 Urena’s art style both chills and excites me.

L0wl1f3’s first issue is surely jam-packed, especially with a few gems embedded in its motherboard. There were two standout stories in which I felt pushed the boundaries, one being Sam Snow’s Close to Open, a short partially written in computer code, and Shawn Mansouri’s Spare Parts, a humorous short story that almost felt as if it were riffing on the cyberpunk genre. Both Snow and Mansouri’s shorts read well (even though it does take some getting used to the Snow’s code), and built interesting, believable worlds. For me, Mansouri perfectly summarized his dystopia, and the reason why I love the genre, with just one sentence: “Lukas grinned a grin full of metal”. So much is told in the mere seven words he uses, something I wish was more frequent with the other shorts. Kevin Bennet’s The Smockling and the Vagabonds was another interesting story in the mix, his humorous writing akin to Mansouri, and world intriguing enough for me to read it a second time. I did feel as if it was a slight stretch to include this in the issue due to its strangeness, and even lack of cyberpunk quality, but found it a worthy enough read nonetheless.

Though interesting in their own right, there was an aura of sameness amid the others, a sameness that is stemmed and pilfered from Gibson’s sprawl. Not necessarily a bad thing, but it does hamper your writing when you heavily borrow from another writer, especially when your personal voice almost feels non-existent. The writing also felt a little too safe at times, and was cluttered with dialogue. Lots and lots of dialogue. 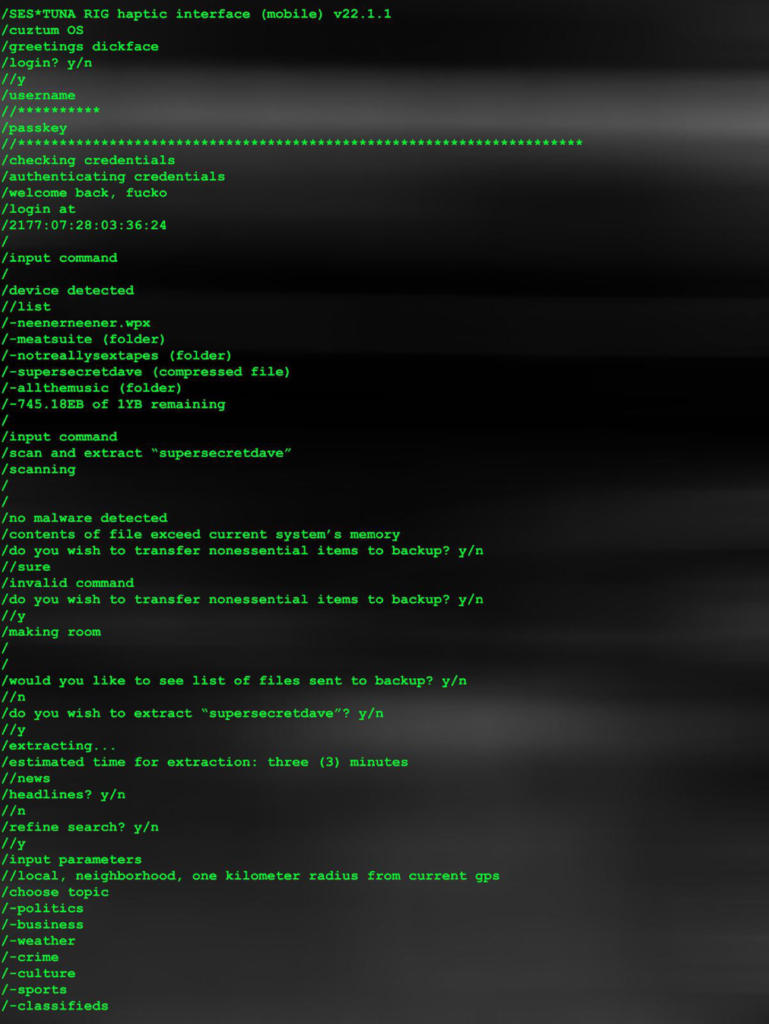 The first page from Snow’s Close to Open.

Stylistically, I do wish there was some more original artwork, photography, etc. There is a lot of digital art in between stories, which is nice, but at times clutters the already neon green writing, rendering it difficult to read and understand what’s happening on the page. Digital art is fine, great even, but not at the expense of our meaty eyes. Format wise, the PDF isn’t too difficult to read, and I never found myself scrolling too far down on my PC or tablet. Unfortunately, there was also a variety of questionable editing choices (mainly paragraphing and capitalization), something I think could have been ironed out with another proofread or two.

Overall, for its first issue, L0wl1f3 is great value for its length, and a decent read if you are looking for some cybery shorts that are heavily inspired by Gibson and the cyberpunk clique. Sure, the style is a bit forward, but it is an unusual gem that’ll leave you content. 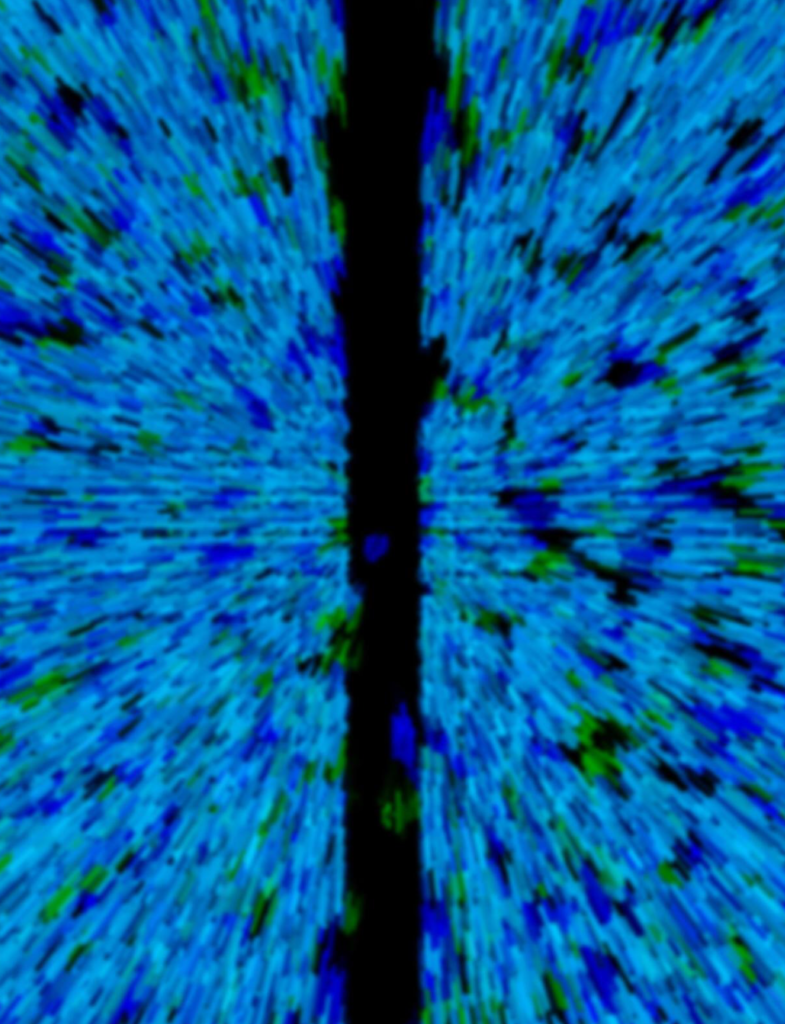 A really cool digital piece that reminded me of merging with the A.I. Wintermute.

Written by Dann Lewis
Writer. Real Doctor. Phony Academic. Cyberpunk. Hobby Hero.
Previous ArticleLast Week in Cyberpunk 8/12/16Next ArticleVapour Dreams: An interview with HKE of Dream Catalogue and 2814
You May Also Like

State of Mind – An Adventure into Metaphysical Dystopia
November 26, 2018
5 Comments