In June of this year Titan Books published Escapology, the debut novel from British author, Ren Warom. The story of an A Grade hacker crippled by addiction and shit luck, and an assassin trapped in a job she can’t escape, Escapology is a fast-paced cyberpunk thriller that doesn’t pull any punches. It’s a world where everybody has a tough time but the reader. It’s also a world where things get kind of weird. After sweating my way through its pages, my phone smeared with blood from post-nailbiting screen swipes, I decided it was probably a good idea to track down Ren. We needed to talk. Check out our conversation below. 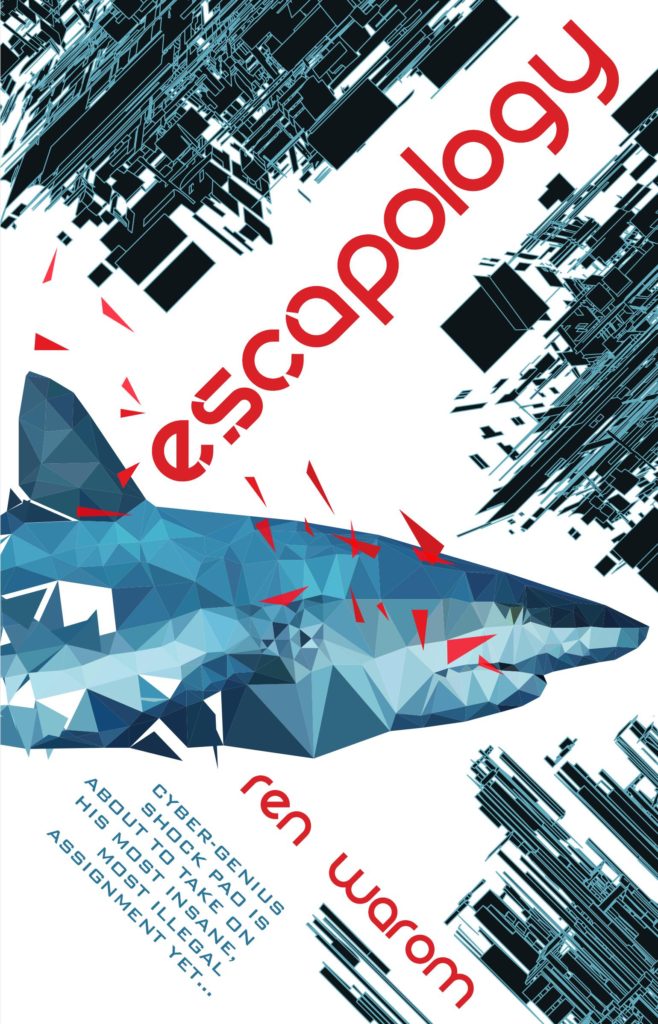 No. I let the story go where it needed to and didn’t waste time worrying about how far I was going. The weird factor wasn’t something I labored to achieve or to include. The thing is, I write character driven stories, so everything I imagine is to support the characters, not the other way around. The world, the weird, it’s my characters’ playground. It exists because they do and they (their stories) require it to.

Escapology features a wonderful bastardly blend of characters. Everyone has a motive and an exposed seedy underbelly, yet they are all vulnerable and needy in their own way. They are all a little shitty and unpleasant, but lovably so. I imagine blending such extremes well was no easy feat. How did you go about finding this balance?

They’re people. That’s what people are; a mix of bad and good, of cruelty and kindness, crazy and sane, none of us are perfect or completely flawed, and there doesn’t always need to be a motivating factor like a dark past for a villain to do bad stuff. Bad is a choice, and not regretting that choice does not a psychopath make. There’s no hard and fast rule that shapes personality––we’re all patchworks in progress. We all fuck up.

You are certainly not afraid of putting your characters through shit. Poor Shock begins the story in a bad way and only gets worse from there on in. There’s also a restless pace to the story that snowballs very quickly. Was it difficult keeping the tension so high, and also deciding just how much abuse to throw at your poor characters?

I worry mostly that I don’t put them through enough. No shit. I think I’m too easy on them. I get attached. As for the pace, it didn’t feel fast when I wrote it but everyone says it’s breakneck so I guess it is. Perhaps the speedy feel of the story is a reflection of the fact that Escapology is more about its characters reactions to what’s happening than the actual things that are happening, so it’s written inside their perspectives and, to them, it’s like being in a hurricane. Hurricanes are by nature fast. 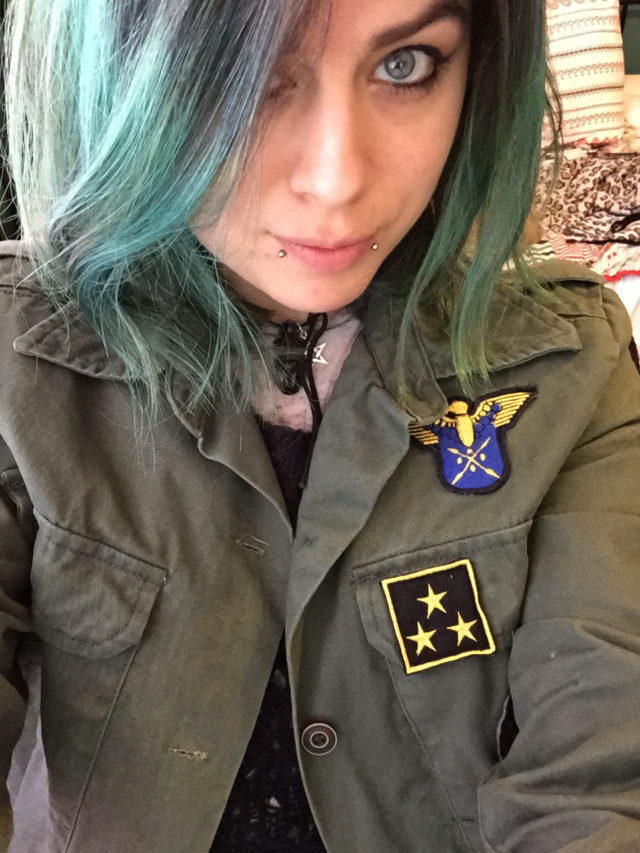 I loved the vibrancy of the setting. Alongside the characters, the locations were very colourful. The mixture between the desolation of the vast open seas and the compact, crowded Gung was cool because there was a very different palette for both. The same goes for their digital counterparts. Where did you draw inspiration? Was it a calculated decision to have such levels of contrast?

Inspiration? Loads of pictures of Hong Kong etc, and mountains, and late night neon streetscapes, and just cool kids dressed in amazing outfits. I love visuals for sparking ideas. And yeah, the contrasts are all deliberate, less a nod to cyberpunk visions of the future and more an expression of how I feel we impose on everything but grow further away from it all at the same time. They are communities of isolation: the Gung by overcrowded-ness, gangs, Psych tests, wealth, poverty and ocean. The land ships by ocean and the brutal reality of their means of survival. And the hubs drift the skies, domed, defiant, and utterly detached from one another––removed not only by the fact of their flight in orbit, but also by a vision of superiority. Big old chewy-assed metaphor for how messed up we are.

The stream of conscience approach to the narrative was a particularly strong point. It kind of emphasised both the pace of the setting and the story at hand. You also fused a very British approach to language with colourful slang from elsewhere, which led to some brilliant lingo. How did you go about deciding on this particular blend?

I let it be what it wanted to whilst always trying to be mindful of the fact that I wasn’t writing about me. These characters are almost all non-white, and so I tried to be respectful of their cultures whilst trying to imagine them into a world both clinging to (in some ways) and far removed from connections to tradition. Then you have the extra remove of youth––these are all young adults, and Shock only just at that, so their experience of the world is shaped by the way they reimagine communication to make it their own. It’s a mix of their culture clashing with the Gung’s.

Addiction is a key theme in Escapology, but you shy away from tropes of drug chic or smack pity. It doesn’t control the book in the same way it does the characters. What’s more, addiction goes beyond the obvious drug concept for some characters. I really like how it is almost secondary to the story, but it is the story. It is a kind of driver. How did you decide to approach it in such a way?

Because addiction isn’t pretty, it’s awful and destructive and messy and painful. Writing it any other way would have been untruthful. And it’s the driver because it is a driver. People are the passengers to their addictions, which is why gaining control of the runaway train is so hard. Everything an addict does is in answer to the question of need overriding everything else, but it’s important to make clear that, for some, that loss of control is a choice. Shock absolutely chooses drugs; they are his armour, internal and external. They’re the architect of his downfall even before he becomes the target of the events in Escapology, but he’d be targeted without them too, so I couldn’t make them the reason, only the catalyst for his personal vulnerability. 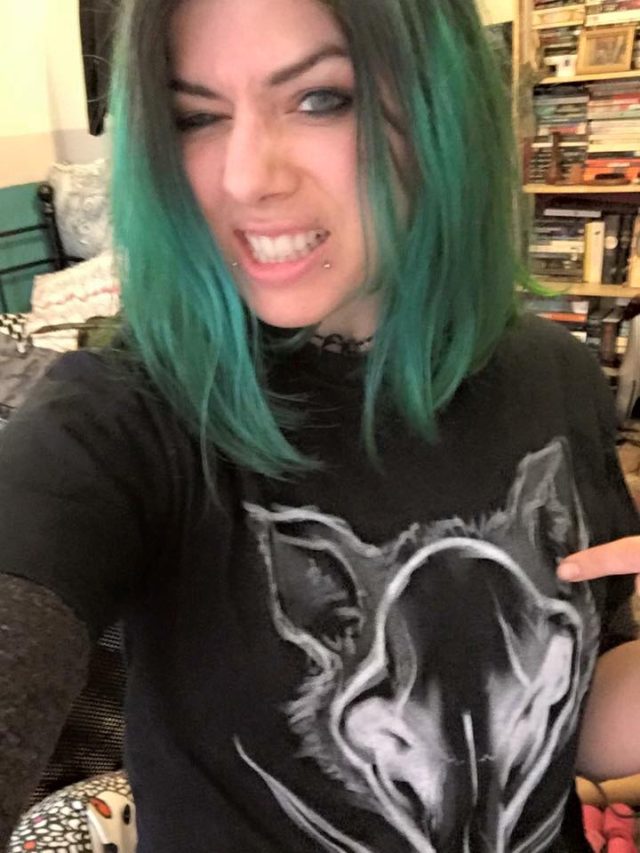 I also really like that one of the major characters is transgender (but I shall say no more, because spoilers), and I love how tastefully and straightforwardly the issue was handled. There was quite a nuanced delivery, with it being key to us understanding the character in question, but not dominating the story as a device. What was your reasoning for featuring such a character and your approach to writing them?

It’s not really a spoiler that Shock is transgender, it’s just part of who he is. I wanted to make that clear in the story, hence the nuanced and matter of fact manner of its inclusion. Shock was always transgender to me, an integral part of his selfhood as a character. Transgender is in the story because he is, because it’s part of his story. But to answer why I would include transgender on purpose (because I sure as hell will claim deliberation to anyone who criticizes the inclusion of a transgender character, because screw anyone who’d question that) people are people; I see no reason to write about people if I pick and choose whom I write about. You can’t cherry pick a tiny portion of reality and call it the whole world. The world is bigger, brighter and more extraordinary than that, why on earth would anyone seek to diminish it by refusing to acknowledge and celebrate how gloriously diverse it is? That’s asinine.

Before you go, can you give us any hints of what we will see in the sequel, Virology?

I’ve been Ren Warom and I’ve enjoyed my time here immensely. I write stories about made up people in shitty situations and mad worlds, and I’m way too fond of keeping them alive despite the lack of common sense they invariably display, but if Fast and Furious can have magical realism in it so can everything, dammit! You can find me on the twitters @renwarom or the failbook under the same name, or travel the Slip (sorry, the interwebz) to my bloggish domain full of insane serial Umwelt stories (I’m not kidding, they’re rude, often crude and utterly nuts), an actual Magical Realism serial (about a swan called Commelina, a girl who might be a bird or a dream, time, and strange twins who might be owls), poems and the leave-takings I attempt to pass off as rational thought: renwaromsumwelt.wordpress.

You can purchase Escapology in paperback here or get it as an ebook here.